St. John port is situated on the Bay of Fundy, which experiences tides up to 53 feet, the largest in the world.  Fur traders established a post here in 1631 and the present city was founded in 1783 by Loyalist refugees escaping the American revolution.  A devastating fire burned much of the place in 1877 so consequently many replacement Victorian buildings date from the late 19th century.

Sea on the way to St. John was flat and glassy 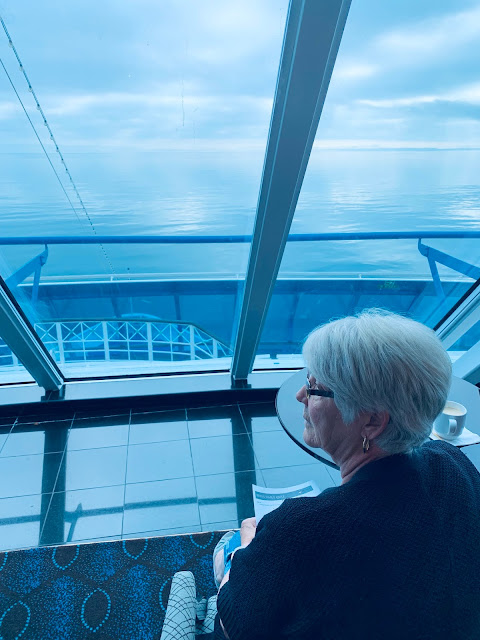 Bicentennial memorial, 1786 to 1986,  for 11 fire fighters who answered their late alarm while serving. 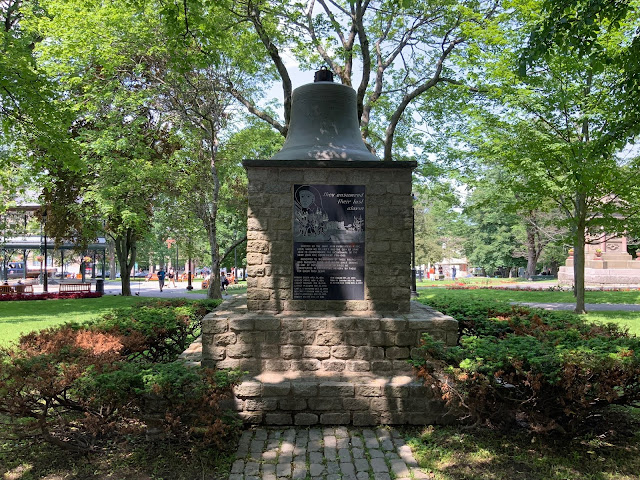 War memorial to soldiers of WWI, WWII, Korean and Afghanistan 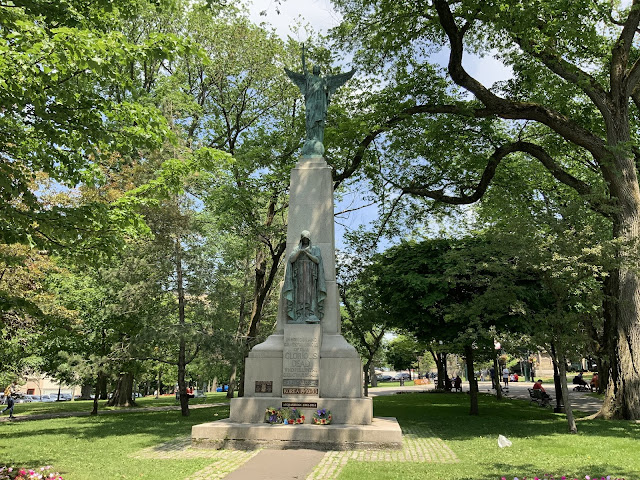 Moosehead beer is a famous product of the area.

Commemoration of World Champion Speed Skater, Charles Gorman, who was wounded in WWI but went on to excel in sports.

Sir Samuel Leonard Tilley, one of our 36 'Fathers of Confederation' 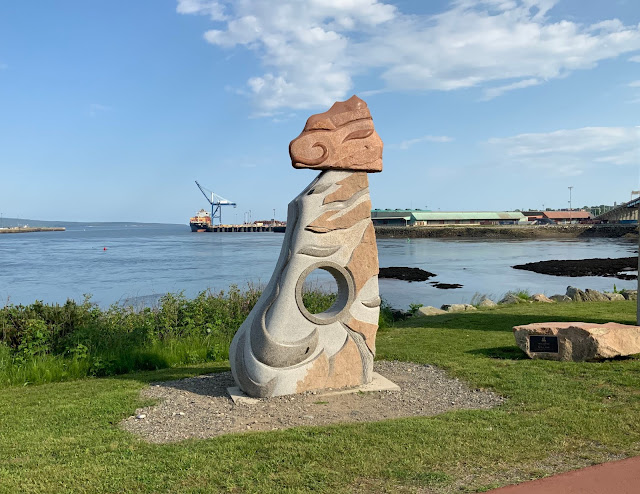 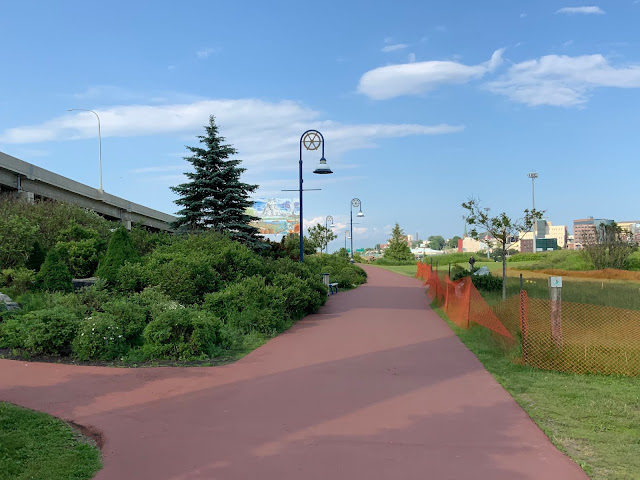 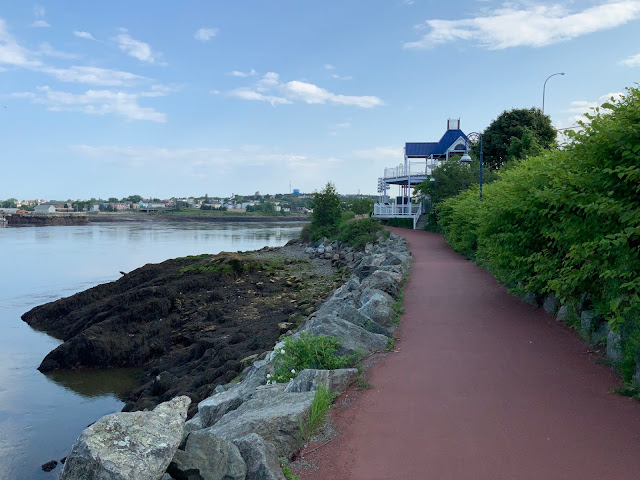 Reversing Falls on the St. John river, created by the extreme tidal action 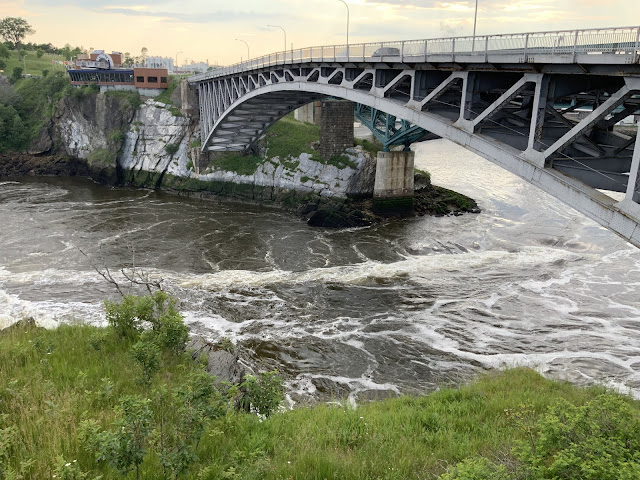 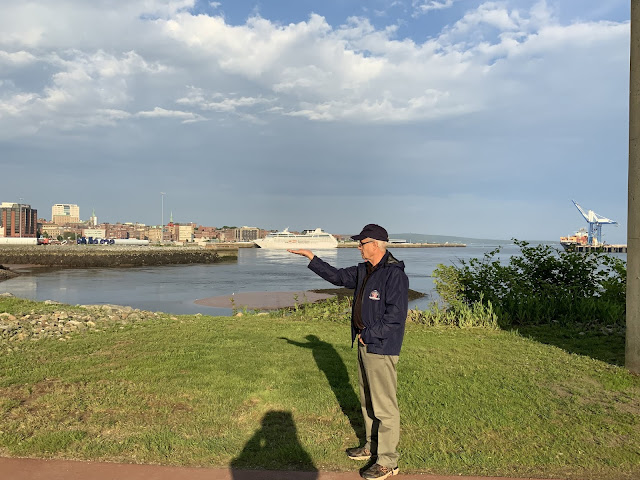 Scottish piper giving us a send off

End of a nice day in the Maritimes