Canada's Naval memorial, the HMCS Sackville is on display here.  It was one of about 350 'corvette' sized anti submarine convoy escorts that  was used by the RN and RCN (Royal Canadian Navy) These ships were built in 6 months, using locomotive technology.

A tragedy occurred on Dec. 6, 1917, when Halifax was decimated by the largest non-nuclear explosion ever experienced on earth, when 2925 tons of bombs detonated after the collision of 2 ships.  1600 were killed and 9000 injured.  To make things worse, a blizzard hit the next day.

The city of Halifax can take credit for having the largest number of colleges and universities per capita of any North American city.

Copied from a city publication -      "Overlooking the city is the Halifax Citadel National Historic site. It’s not an exaggeration to say Halifax owes its existence to the Citadel. It was the large hill overlooking the easily defended harbour below that led the British military to found the town there in 1749 to become what would eventually be called Citadel Hill, with Halifax’s first settlers building their homes at the base of the hill. Over the years, as the fort grew, so too did the town, with much of Halifax dedicated to supplying the soldiers with both essential supplies and off-duty entertainment.  France constantly presented a threat to Britain on the Canadian front, with the Americans also looking to take over Canada as early as 1775.  The threat from the USA persisted until after the civil war.  Lets not forget the multi-year war called the War of 1812, when the Americans burned most of Yorktown (Toronto) and we retaliated and burned their Whitehorse".   This fort was never attacked.  See photos.

Moored in Halifax by the QE II 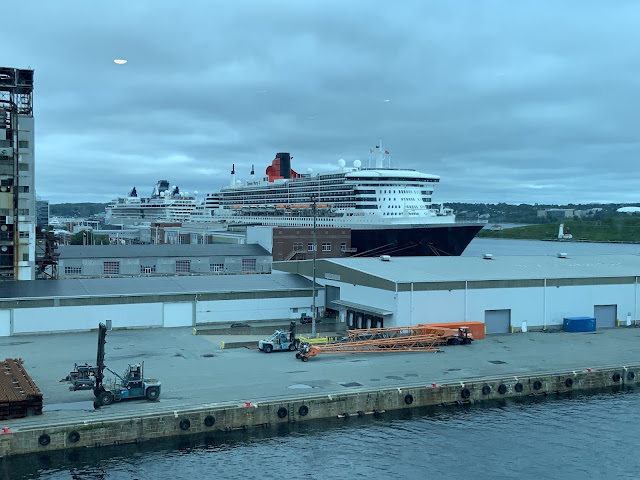 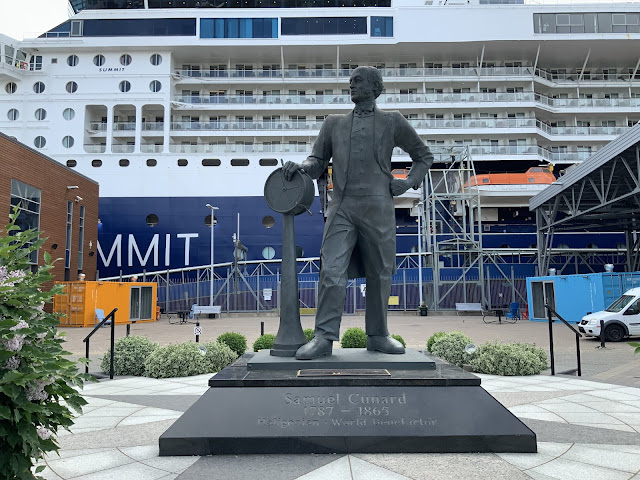 Nice to see our flag 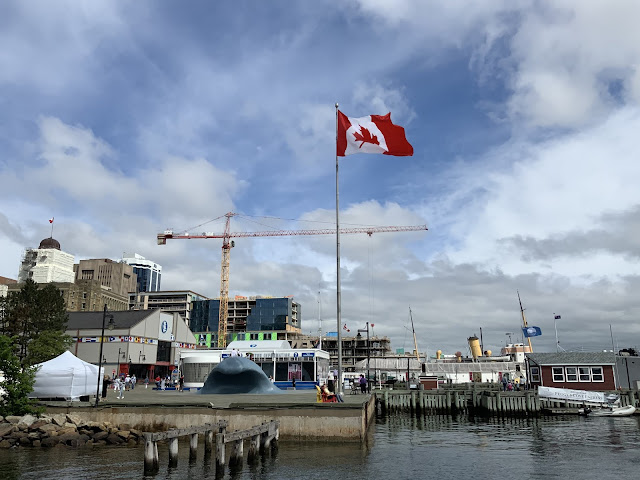 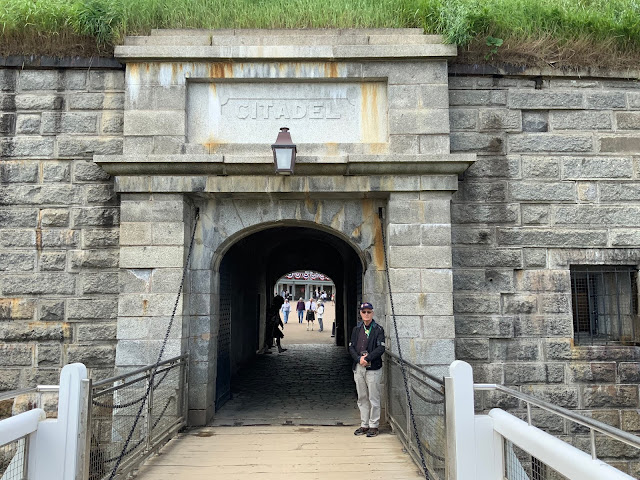 Photos from inside the Citadel fortification. 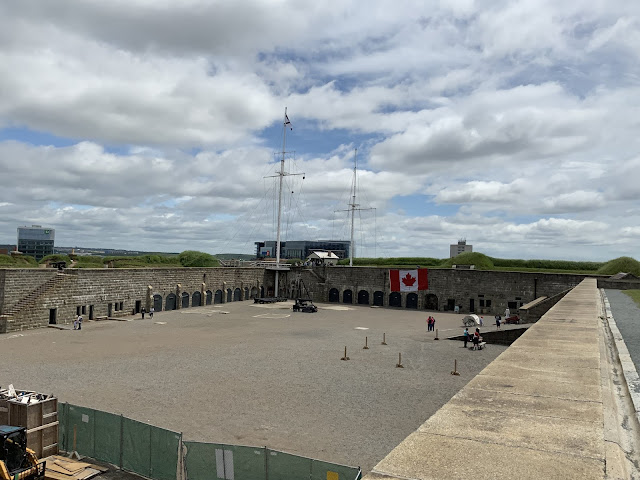 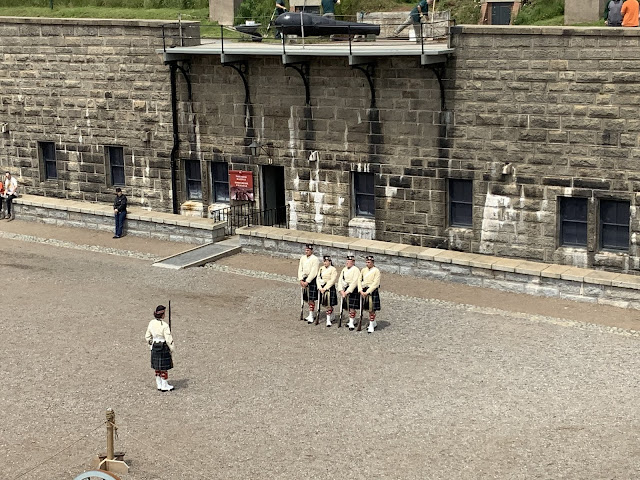 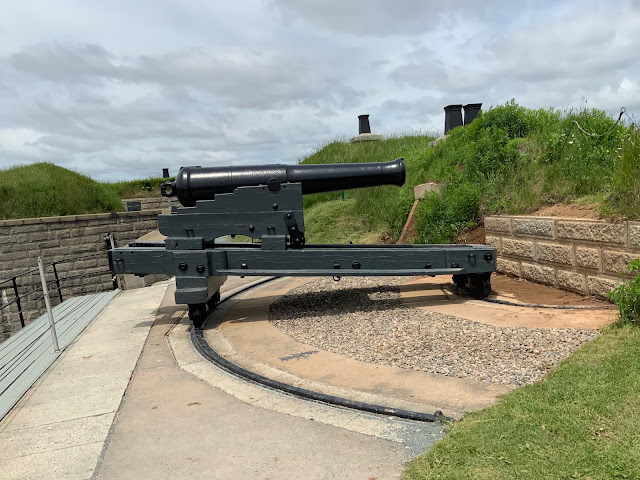 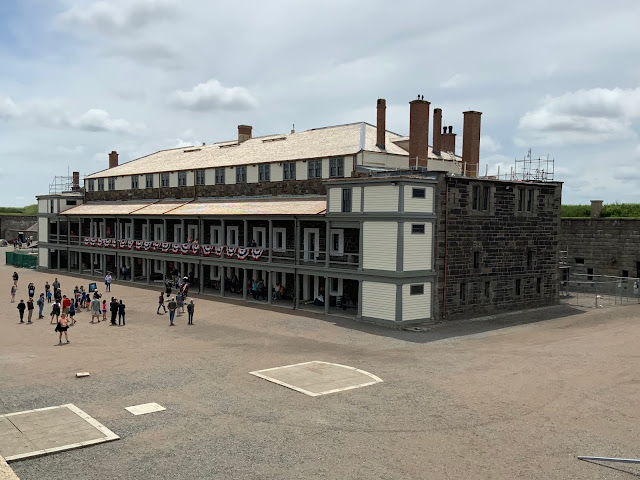 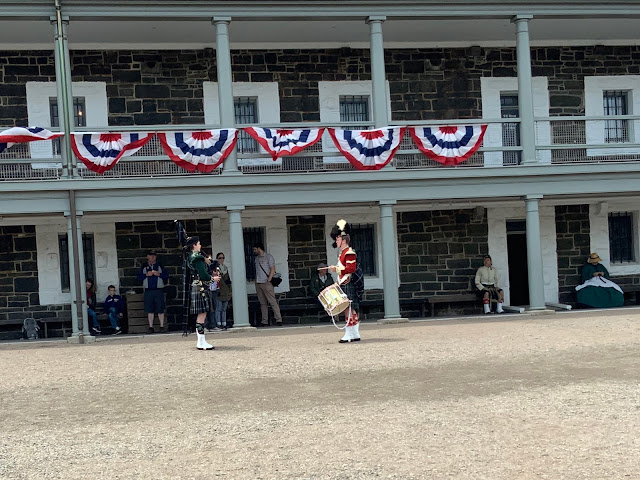 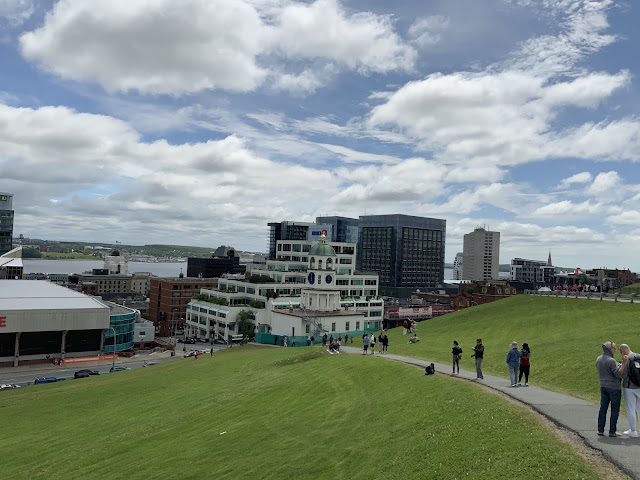 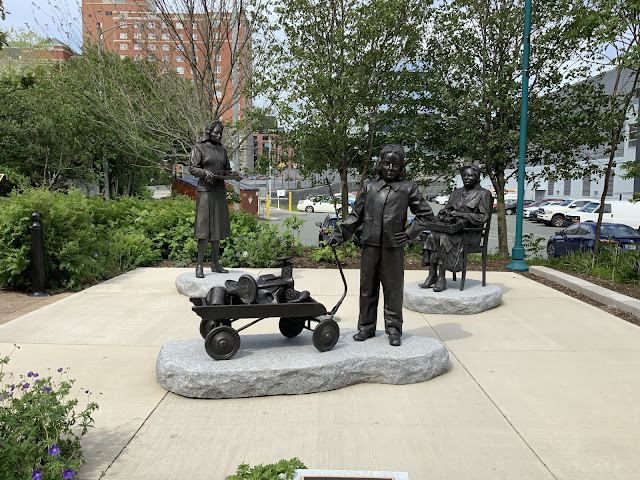 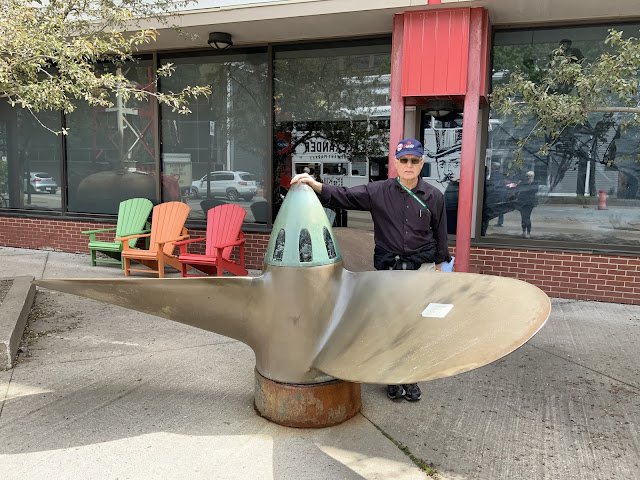 Nice cafes and bars along the sea walk and down town 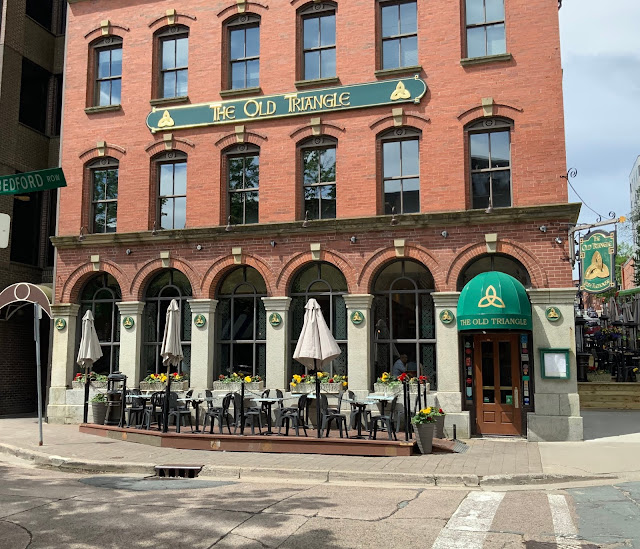 Merrilynne said I should be in this picture. 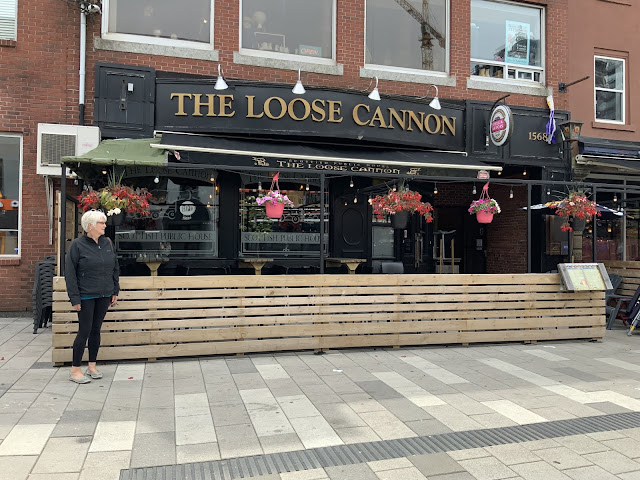 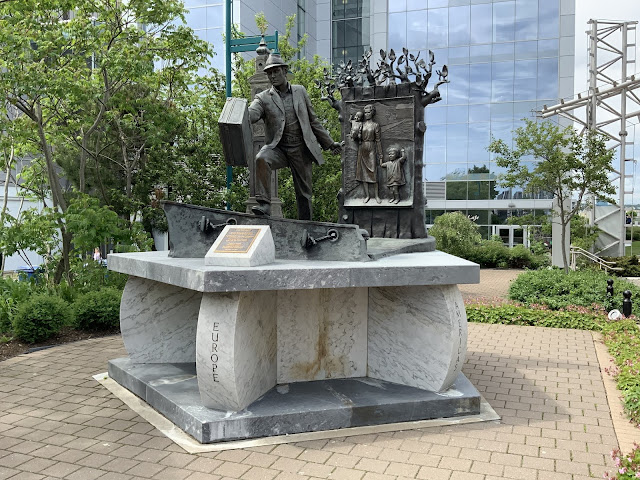 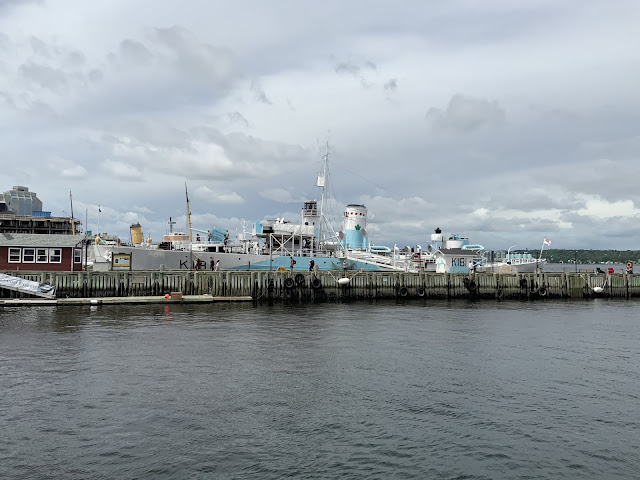 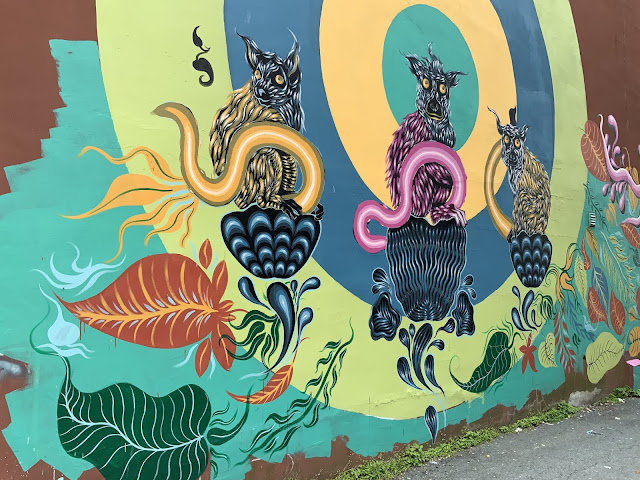 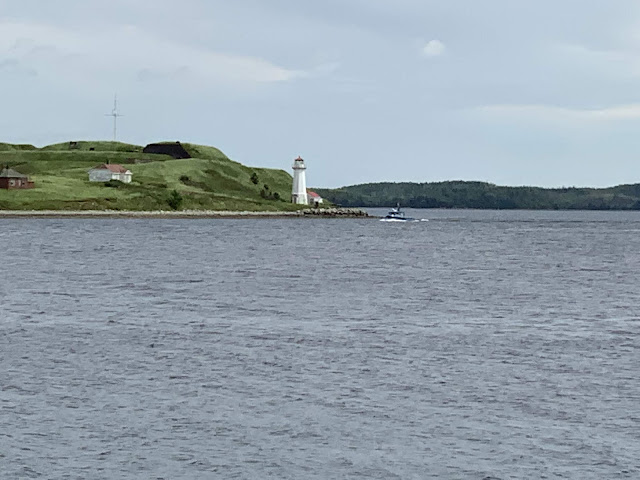