Our ship dropped anchor when we arrived at the Southern entrance to the Suez canal on May 24, to wait till the morning for the canal transit.  Much appreciated plan as facilitated a daytime transit, but our start time was 5:00 AM.  As it was likely a once in a lifetime event for me, was up at the appointed time of 4:00 AM.

- Records indicate that canals were contemplated and built as far back as 4,000 BC.  Venetians worked on a canal between the Nile and Gulf of Suez around 1,500 BC.
- Several other canals were built before time of Christ, with one built around 269 BC which had a lock and sluices to keep salt water out of the Nile.  Abandoned after 200 years due to silt buildup.
- Up to 100,000 labourers died constructing these channels
- Great concern caused builders to resist connecting the Mediterranean directly to the Red Sea because it was felt that there was a 30 foot water elevation differential.  If true, this would have caused a disaster.
- Napoleon invaded Egypt in 1798, considered a Suez canal, but once again was dissuaded by the imagined differential.
- French engineer De Le Lesseps got the project back on track in 1854, arranged financing after many years of complicated and imaginative negotiating, (Good Google Subject) and started construction in 1859.
- Nov. 17, 1869 marked completion of the waterway, but unbelievably, Egypt was facing financial issues by 1874, so Britain bought their 44% share for a mire 4 million pounds.  80,000 troops were kept in the canal zone to enforce the agreement.
- Egypt became a British protectorate, not a colony, in 1914.  Egyptian unrest shadowed the project as residents felt the deal was disproportionately in Britain's favour.
- Nasser took over Egypt in 1953, finding Britain uncooperative in many areas, including a refusal to fund projects.
- Retaliating, Nasser nationalized the canal in 1956, effectively stealing every one's investment.  Without consultation with other countries, Israel, Britain and France attacked Egypt.  USA was furious and international pressure resulted in the three withdrawing, with the UN supervising the peace agreement.
- Traffic grew over the next decade.
- Suez was closed for 7 years after the 1967 war.
- Most of the canal has been twinned to increase traffic.  Each ship pays between $300,000 and $500,000 for a single passage.  Volume will surpass 1 billion tons soon and this revenue is Egypt's number one income generator.
- Climate change is threatening traffic levels as the Arctic ice melts, allowing polar shipping to bypass Suez.
- 7 tunnels and one massive bridge traverse the Suez.
- Area along the canal looks well developed and modern.

Endless information available on the Net.

Waiting at southern entrance to Suez 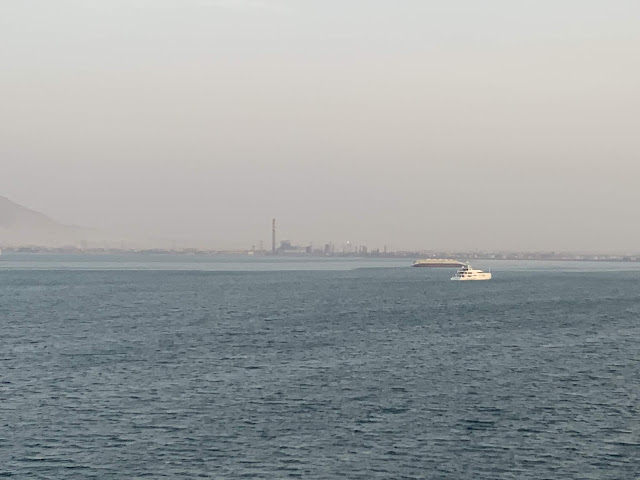 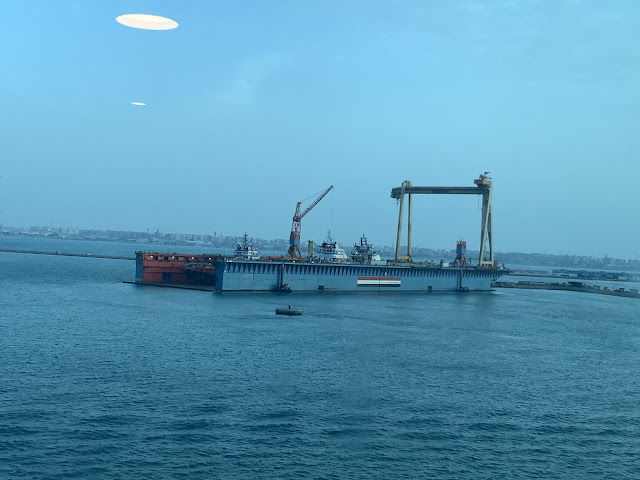 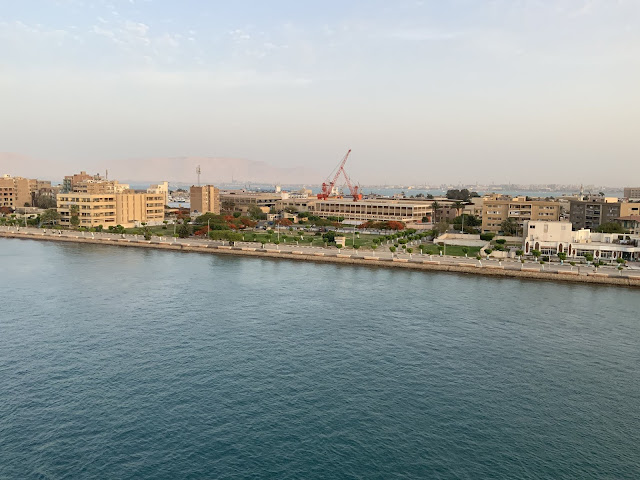 Mosques are never very far away. 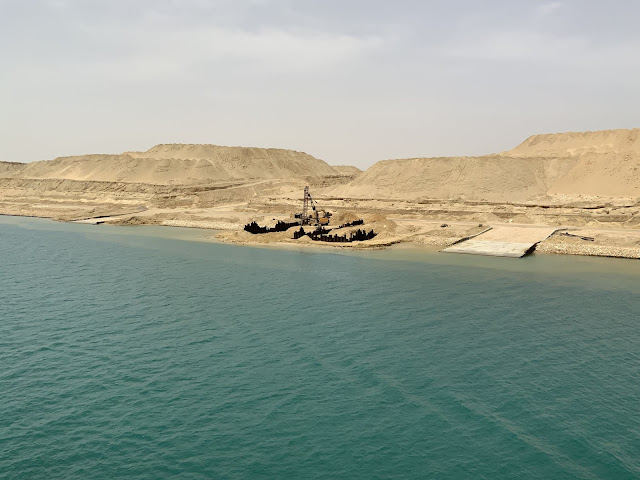 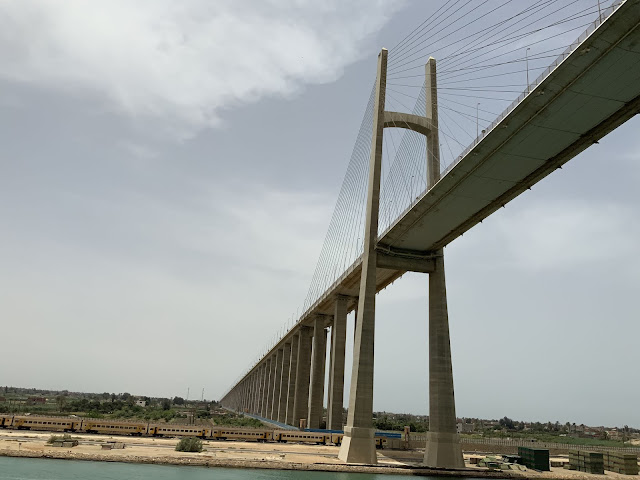 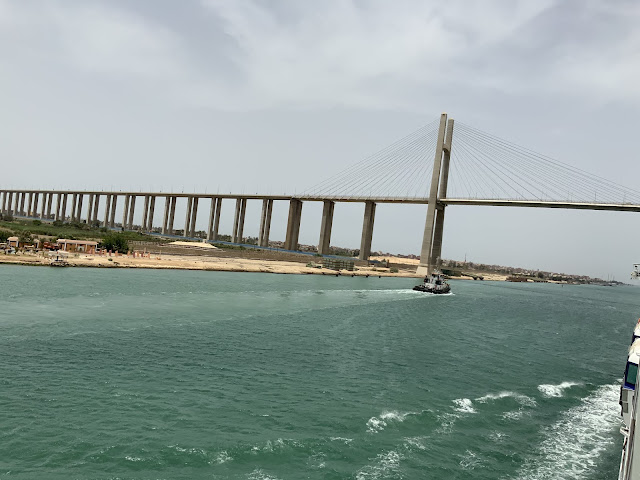 Significant development present on the East bank of the canal, on the Nile side. 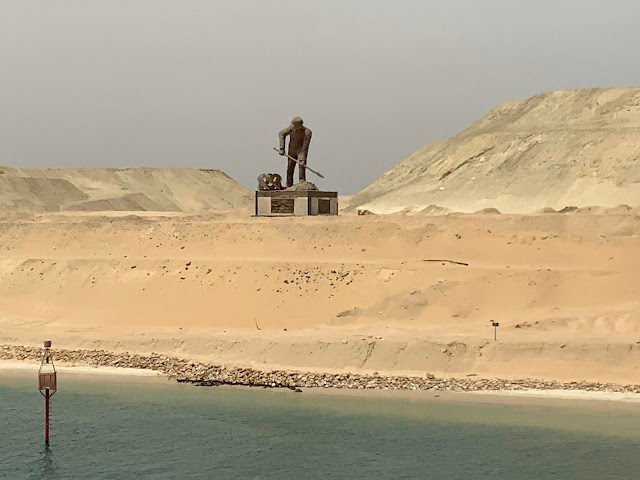 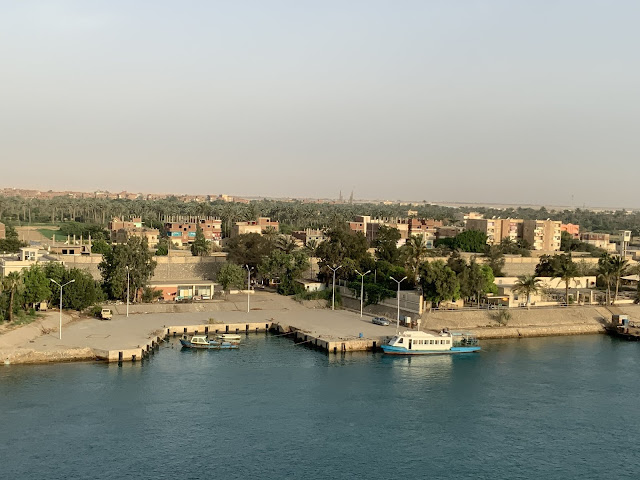 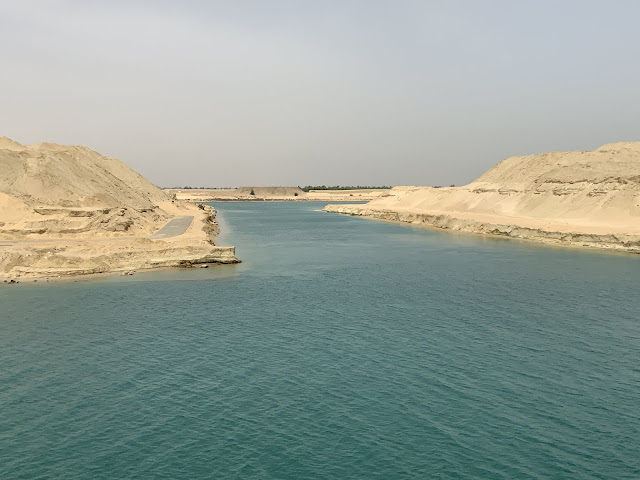 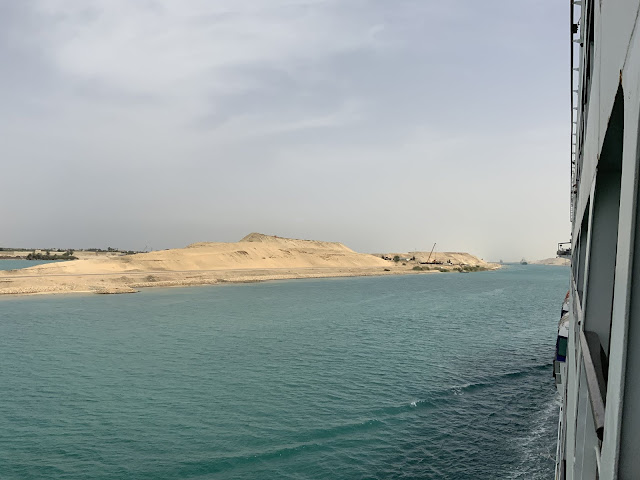 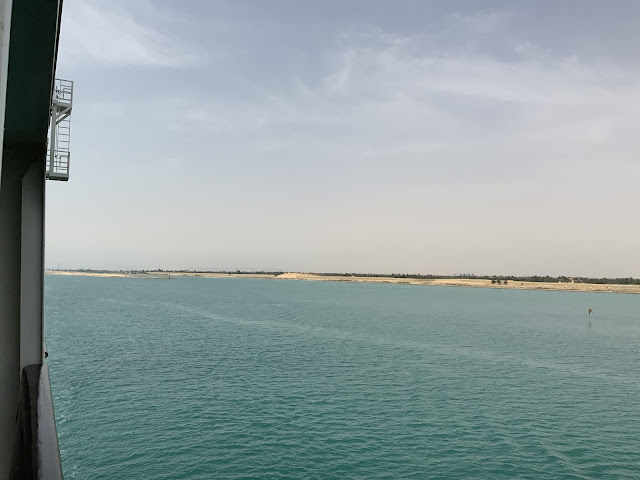 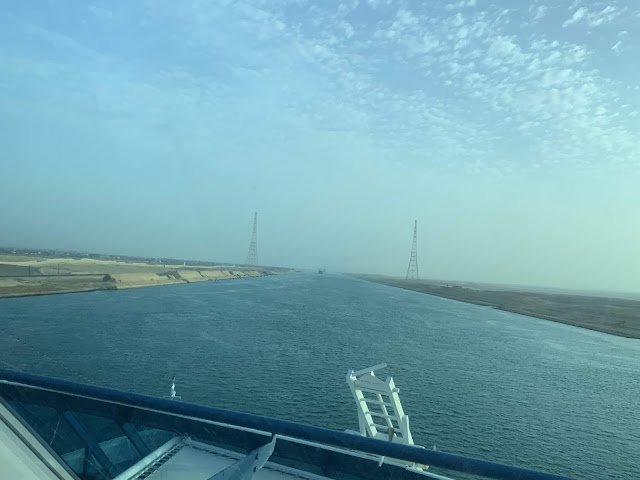 Many photos include the line of ships progressing through on the 9 hour crossing. 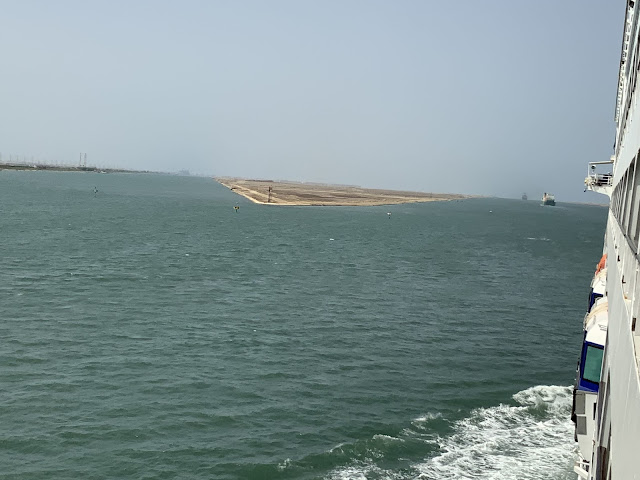 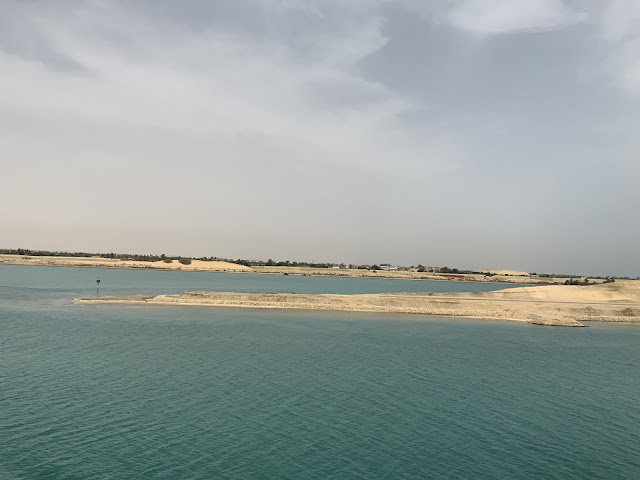 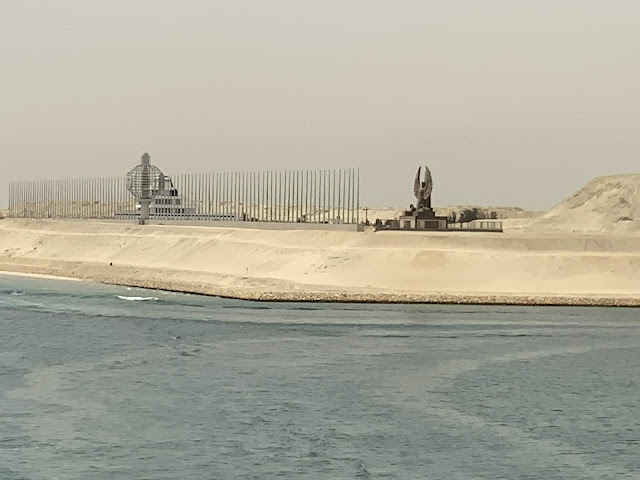 Appear to be many nice resorts and pretty building sites along the canal. 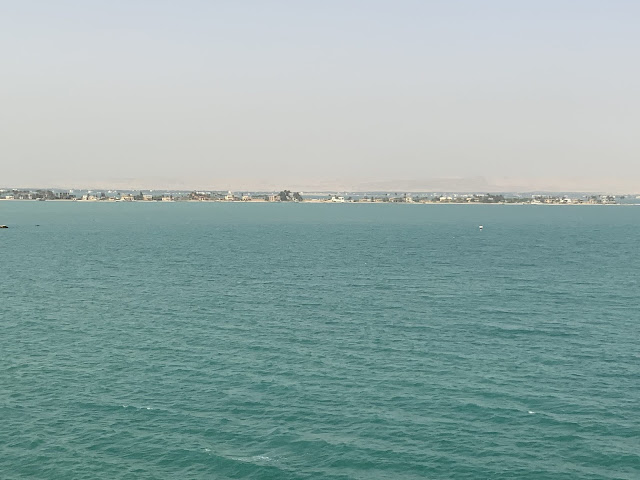 Pontoons at the ready to cross the canal in case of another war. 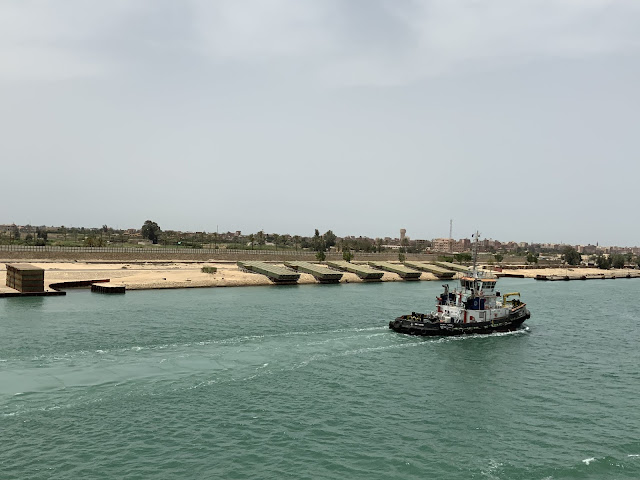