As we cruised the East China Sea toward Kagoshima today, a high speed hydrofoil powered by while being overshadowed by a huge, symmetrical, dormant volcano in the distance.

Kagoshima is a beautiful seaport city, off the beaten path, nestled beneath Mount Kagoshima, the most active of the 100 Japanese volcanoes,  Agriculture, fish farming, tourism and shochu production are the economic mainstays. Shochu is a whiskey-like beverage produced from sweet potatoes as no rice is grown in this area.

Due to the similarity of their settings and climate, Kagoshima and Naples are sister cities.

Volcano shelters are as common there as storm shelters in the USA and rain shelters in Canada. To further enhance safety, many lava spillways or channels have been built to direct magma away from inhabited areas.

Something about the area causes exceptional development, as radishes weigh up to 100 pounds and spider crabs have 5' legs.

Students living on the slopes of Mount Sakurajima wear helmets while walking to and from school for protection from falling debris.

Christianity was first introduced to Japan here, by Francis Xavier, about 400 years ago.

This town was a Samurai center during Japan's feudal period and home to the feared kamikaze pilots.  The last samurai was killed here. (Not Tom Cruise) 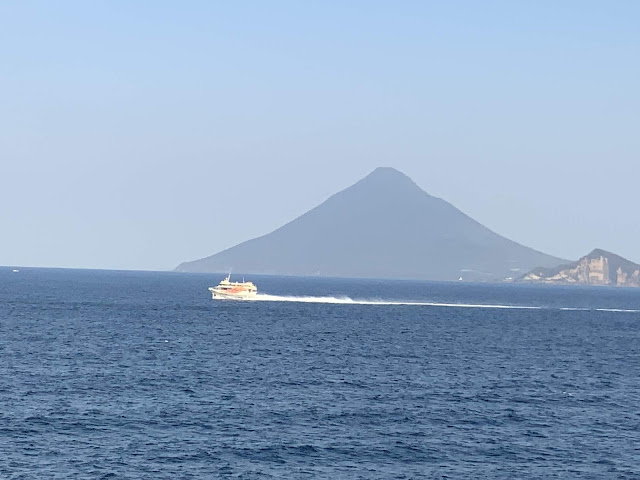 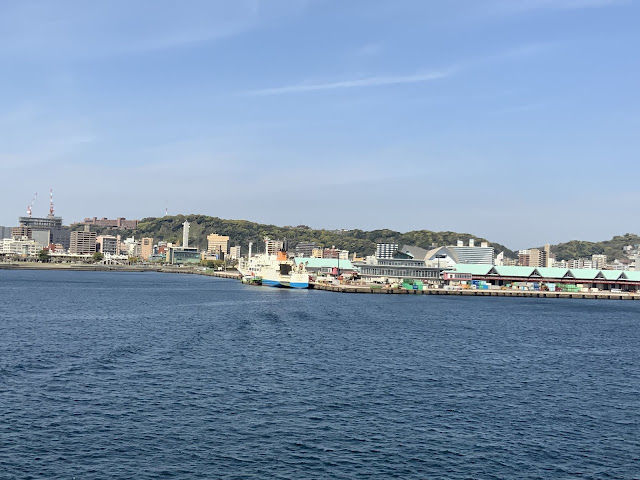 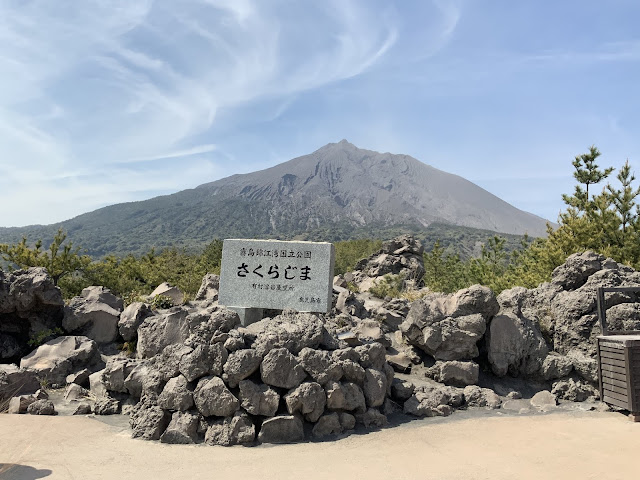 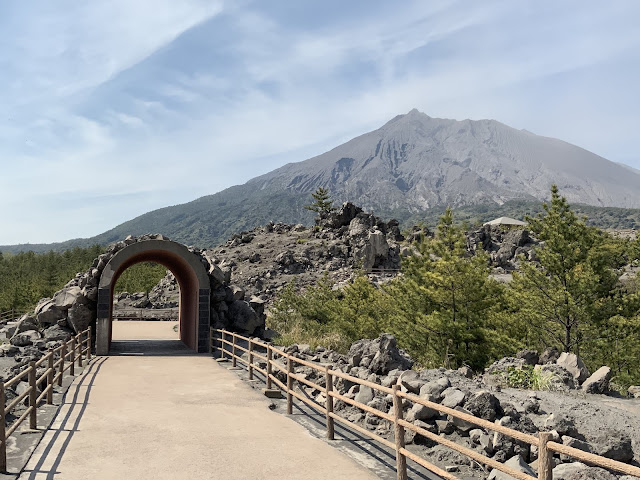 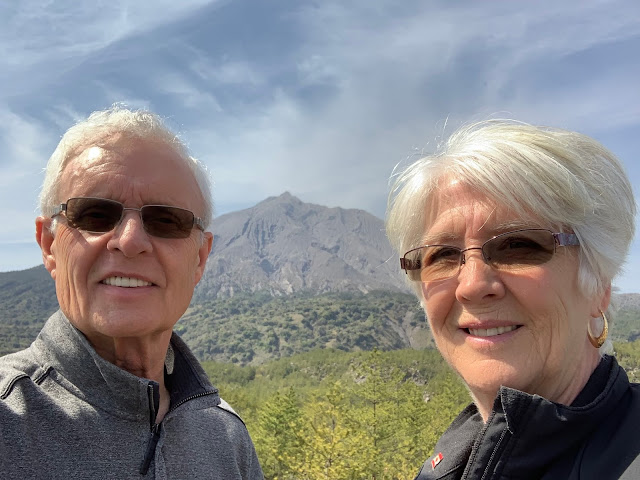 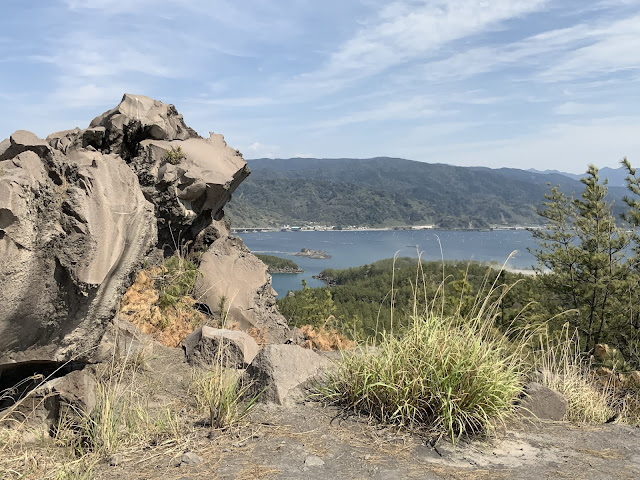 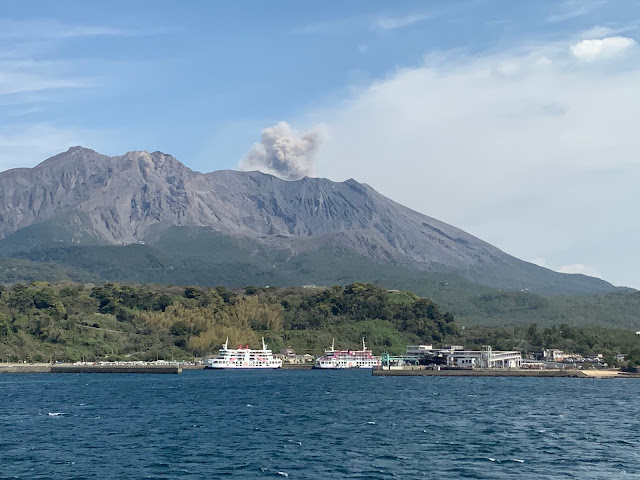 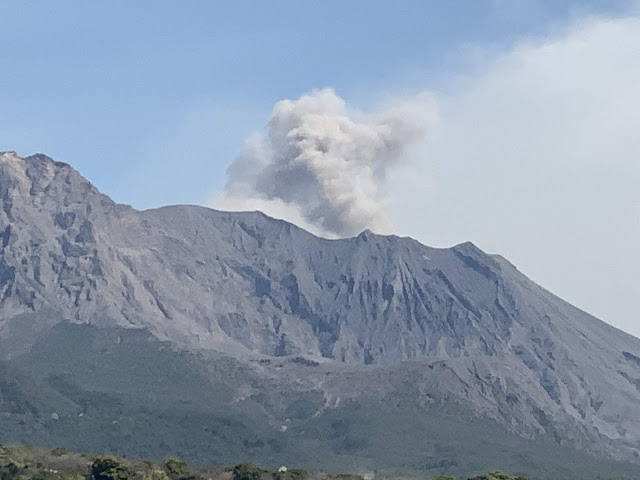 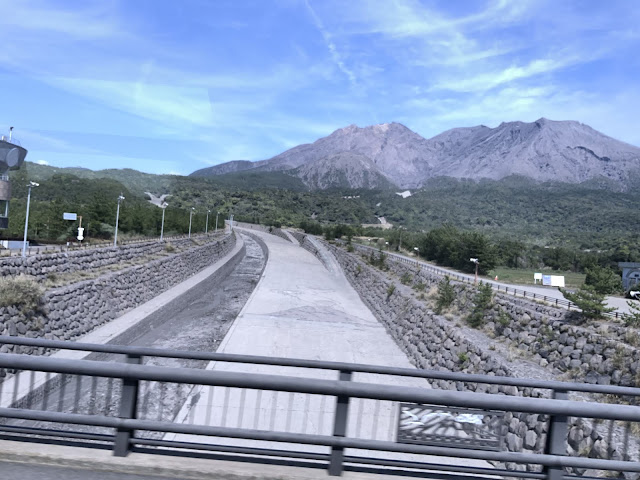 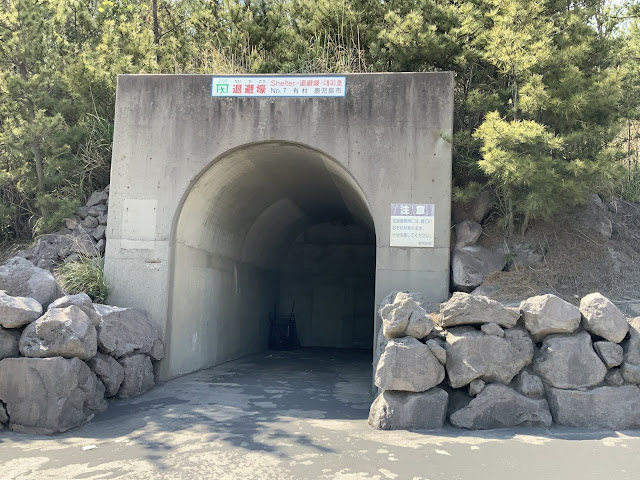 Orange buds covered with cloth to protect from volcanic dust 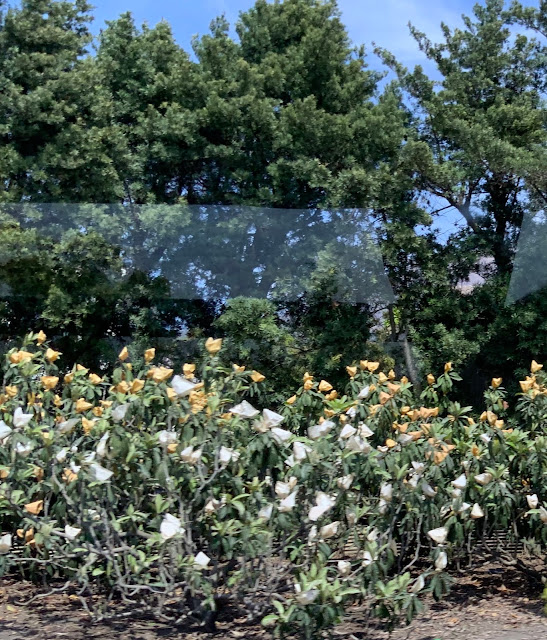 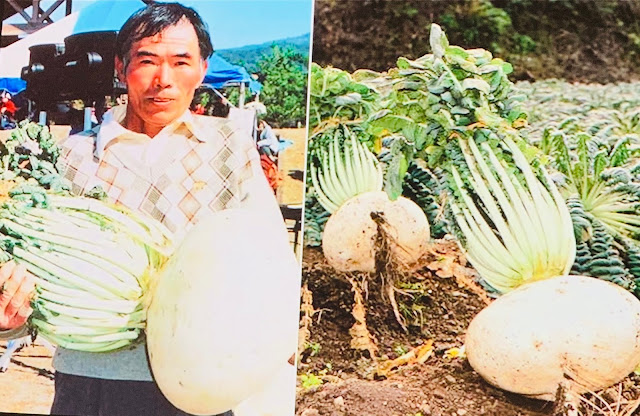 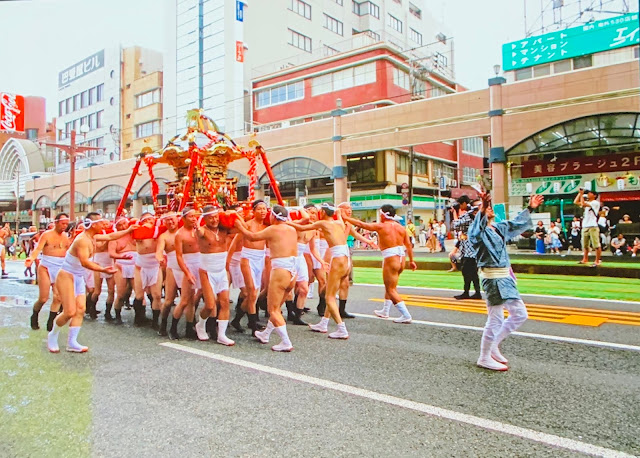 Imagine these legs on your dinner plate 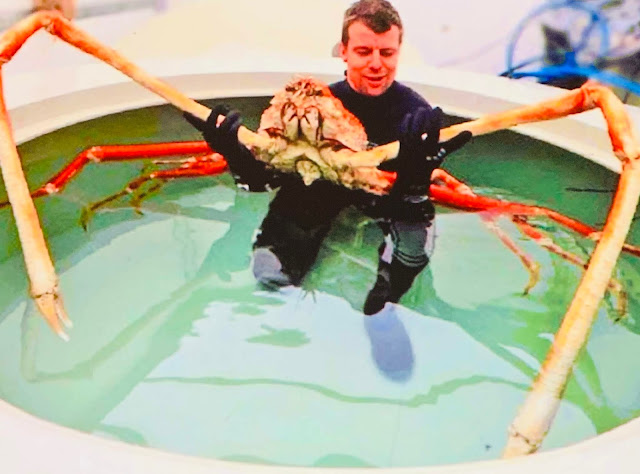