Visiting Hiroshima evoked a plethora of emotions, ranging from sadness, despair and disgust to awe and wonderment!  Having transitioning from total devastation to modern success, the ambience of Hiroshima is positive and vibrant as the city of 1,000,000 moves confidently into the 21 century.

Our tour of the Hiroshima Peace Memorial Museum exposed us to very graphic film, photographic and artifact displays.  Even though we have all contemplated the horror of nuclear warfare, this place is still shocking.  Imagine the possible effect of a modern 250,000 ton bomb in view of the damage caused by this 15,000 bomb.  Our tour guide, (Yumi), was very pragmatic about the catastrophe, with her factual comments focused on blaming the over zealous Japanese military.  Personally speaking, the Allies made the correct decision to use these bombs to break the indomitable spirit of the Japanese.  Otherwise, millions of troops and civilians would have died during an invasion.

Thousands of personal tragedies occurred, with the following examples really touching us.

Yumi's Mom, 16 years, her pregnant sister, husband and grand mother were having breakfast 2,300 metres from hypocenter, when the bomb exploded. The husband died instantly, while the others were trapped for 20 hours under the rubble of their home.  The sister felt the baby stop moving during that time and she only survived 11 days after the rescue, Grandma lost an arm and a leg, then spent 11 years in a hospital, until her death.  Yumi's Mom had to work to pay for medicine as there was no financial aid until 12 years after the blast.  Yumi is cancer free at about age 65.

Sadako Sasaki was 2 when all hell broke loose. Everyone in her family survived and immediately evacuated the area but on their march, they were caught in a "black" rain..  After 11 years of good health, Sadako developed A-Bomb disease, (Leukemia in her case) with lumps over her body.  Japanese tradition has it that if you fold 1000 paper cranes, the mythical crane will grant you one wish.  Although hospitalized, an inspired Sadako folded 1,300 cranes, using  precious paper supplied by her school friends, hoping to invoke the "wish".  Sadly, Sadako succumbed to her cancer after eight months.  Her legacy lives on.

Shinichi Tetsutani (3 years, 11 months) was riding his tricycle when a sudden flash burned him badly, leading to his painful death that night. His father, Nobuo, buried him with his favourite tricycle, in their back yard, so he would have something to play with.  50 years later, Nobuo exhumed Shinich's body for transfer to the family grave and donated the tricycle to the museum.

Following are comments and facts about Hiroshima and Japan:

- 320,000 civilians and 30,000 soldiers were living in Hiroshima in 1945, 140,000 were killed or died by the end of 1945 with an additional 60,000 from A-Bomb disease by 1950.
- Radiation levels had decayed back to normal back ground levels by 1970.
- By 1958, the population had reached 350,000 again.
- Home of Mazda
- Japan has 12 professional baseball teams, 11 owned by corporations and the 12th, (Carp) is owned by the residents of Hiroshima.  By the way, Carp has won the championship for the past 3 years!
- Once again, this city is absolutely clean, well maintained and organized.  Everyone remarks on how quiet the  streets are as NO one honks a vehicle horn.
- 80,000 Shinto shrines adorn Japan.  Shinto is a philosophy based on the love and respect of everything in nature.

A significant array of garden pictures are included as the multiplicity of scenes were impossible to ignore. Traditional Japanese gardens focus on water, stones, plants and shrines.

SEQUENCE OF PHOTOS TO CAPTURE THE ESSENCE OF THE "BOMB" 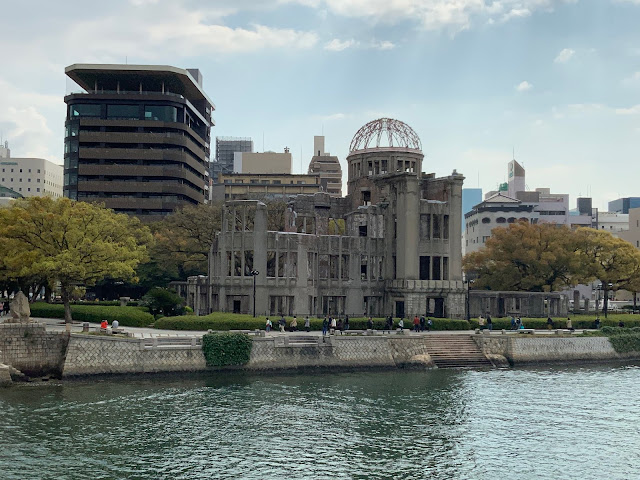 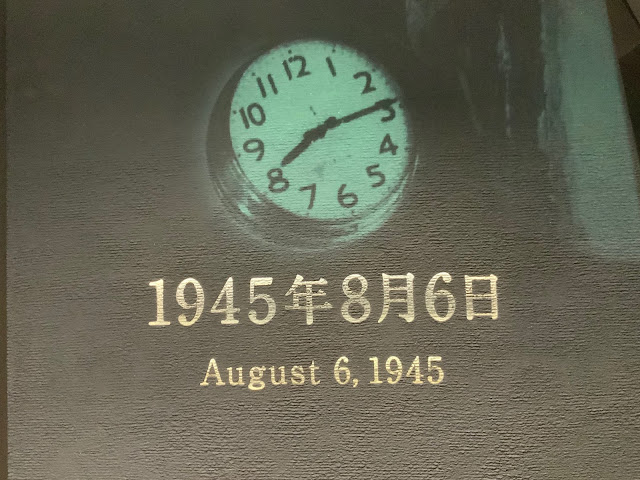 Monument in front of the Atomic Dome with the T-Bridge in the background.
Colonel Tibbetts was given this bridge as the target when Enola Gay dropped Little Boy. 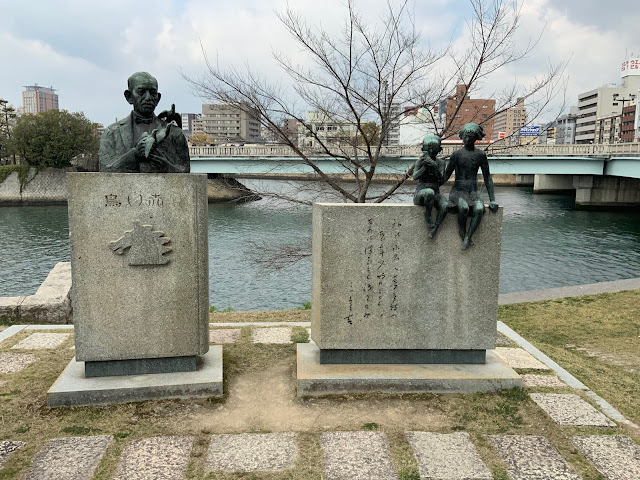 Shinichi and his sister 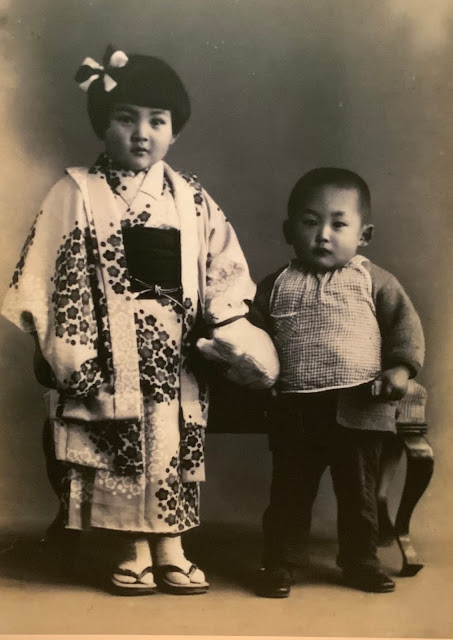 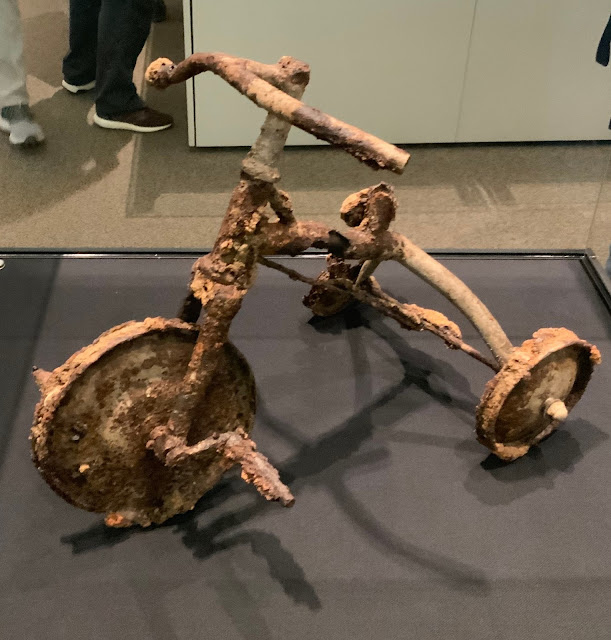 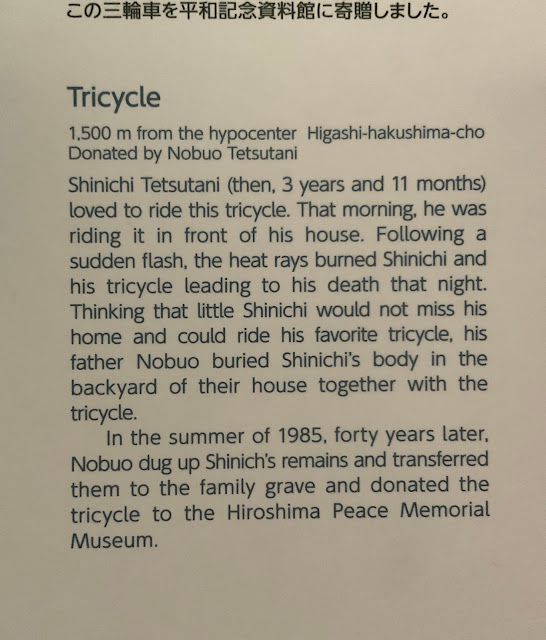 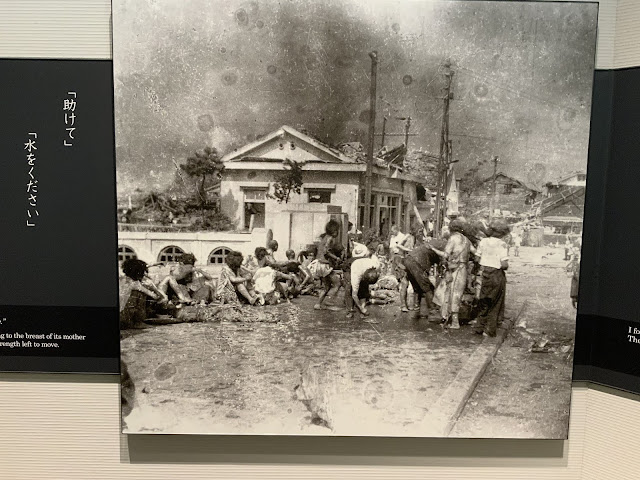 Memorial to Sadako and the Children killed, built by funds raised by school children 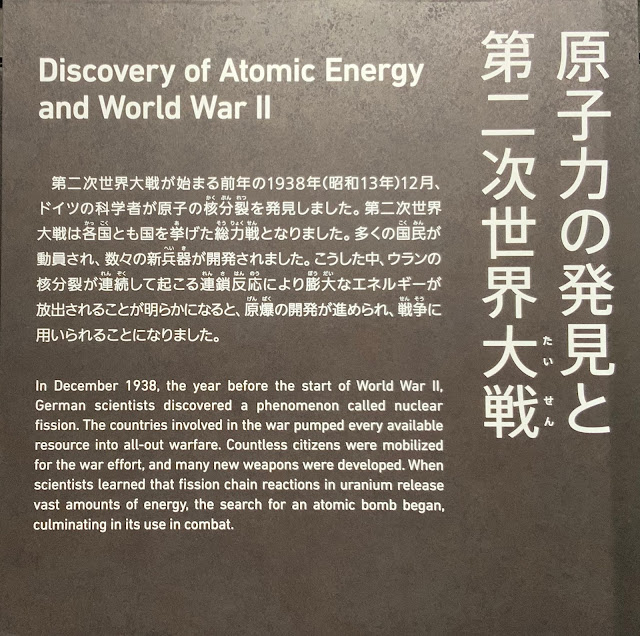 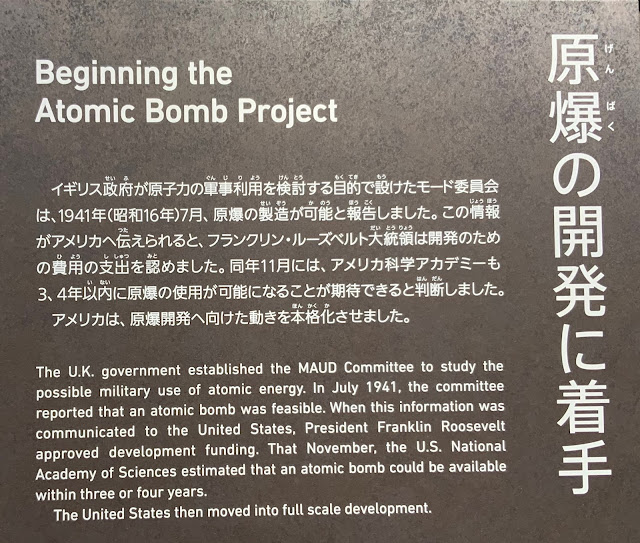 37 sites contributed to the bomb development, including Canada 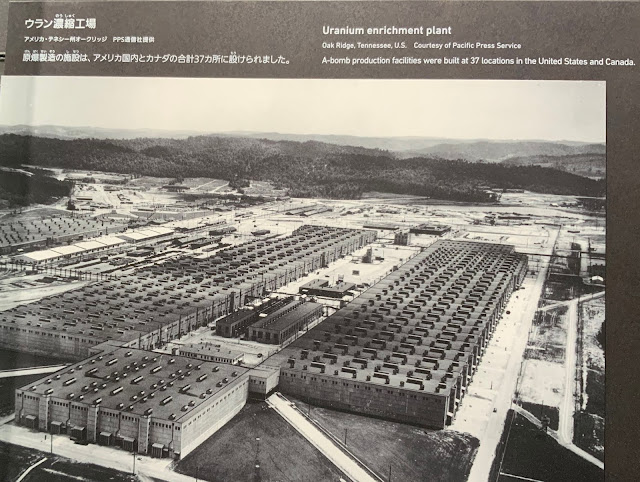 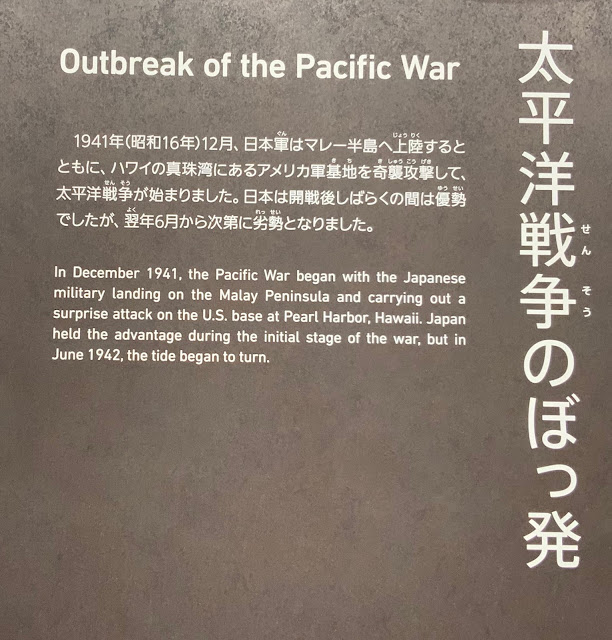 Memorial which contains over 100,000 confirmed names. Note it is lined up with the Dome 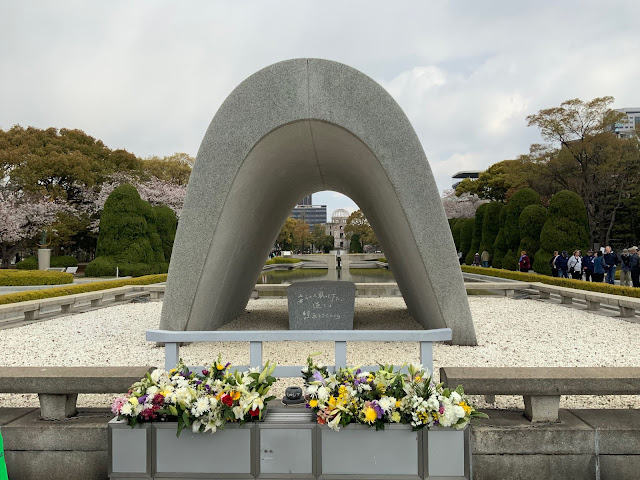 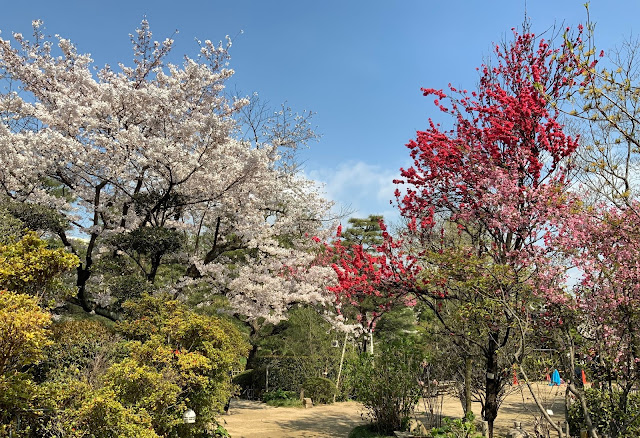 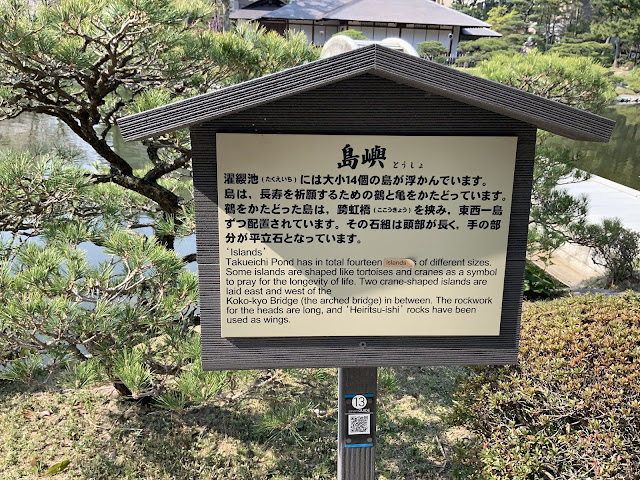 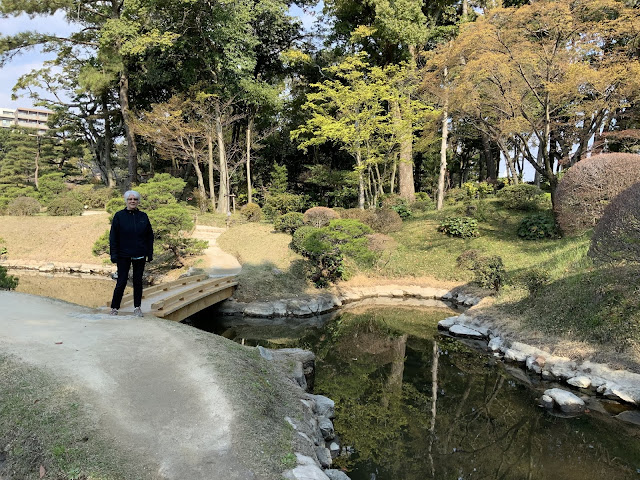 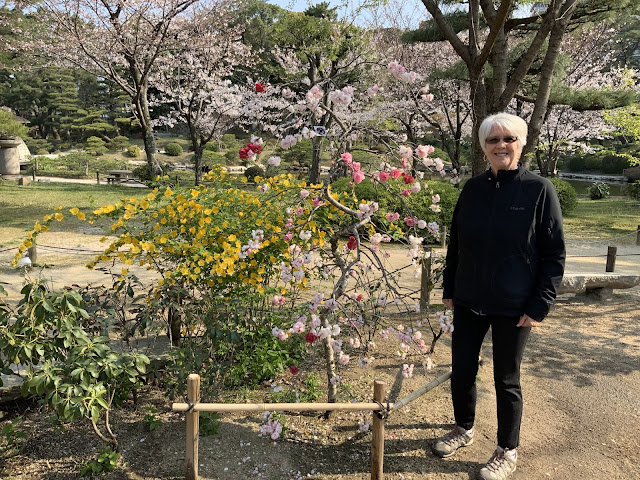 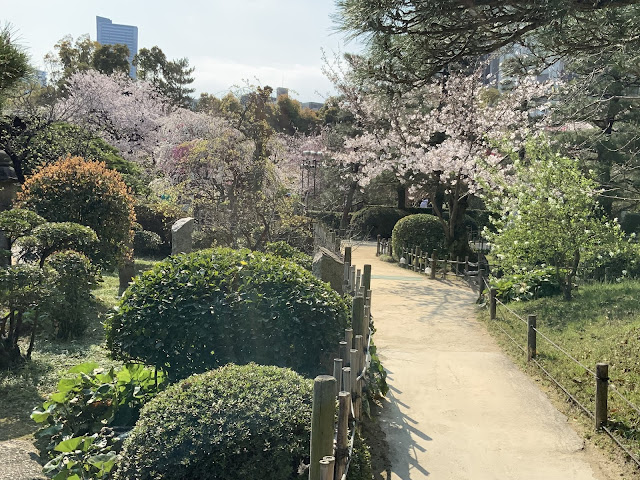 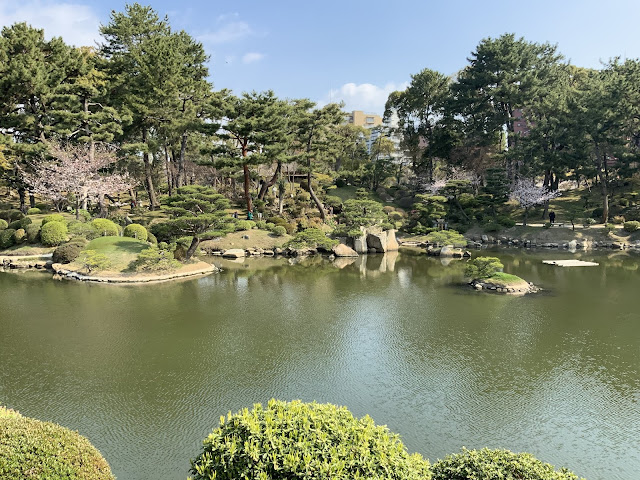 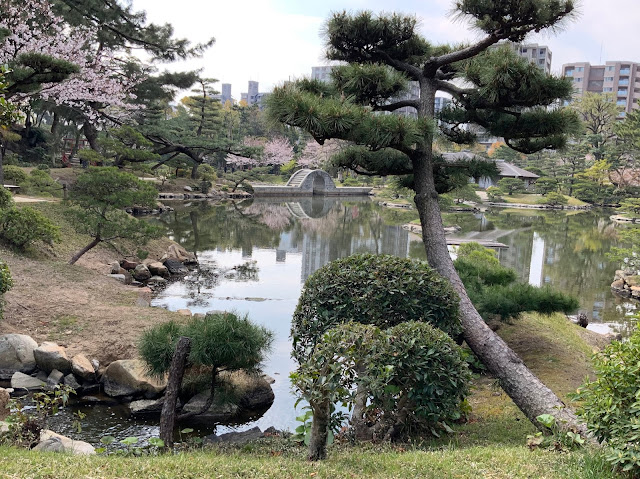 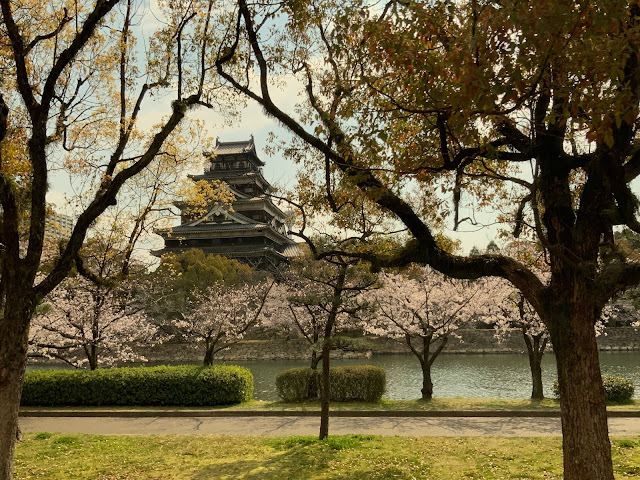 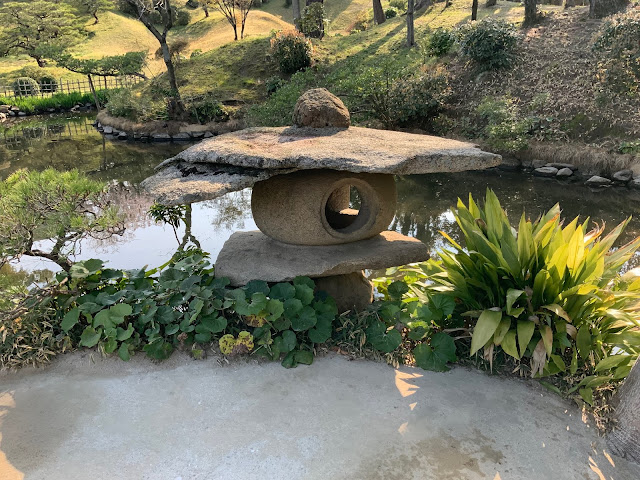 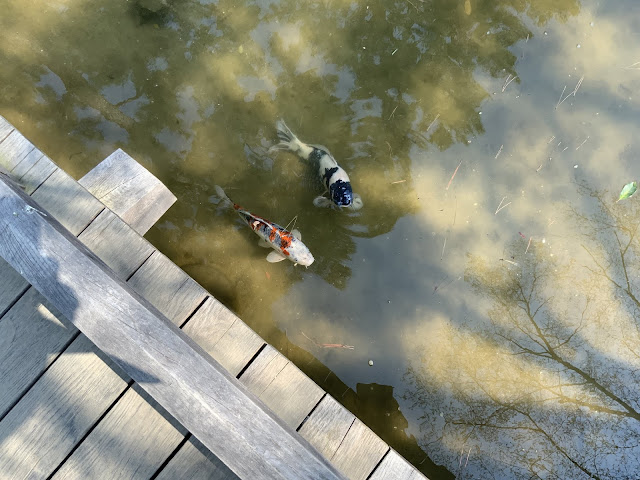 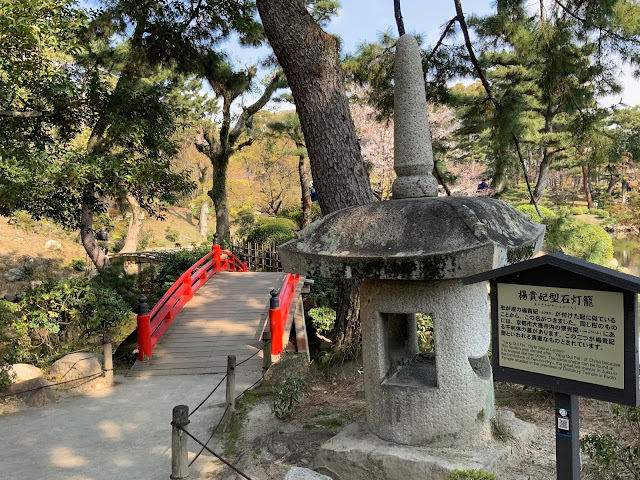 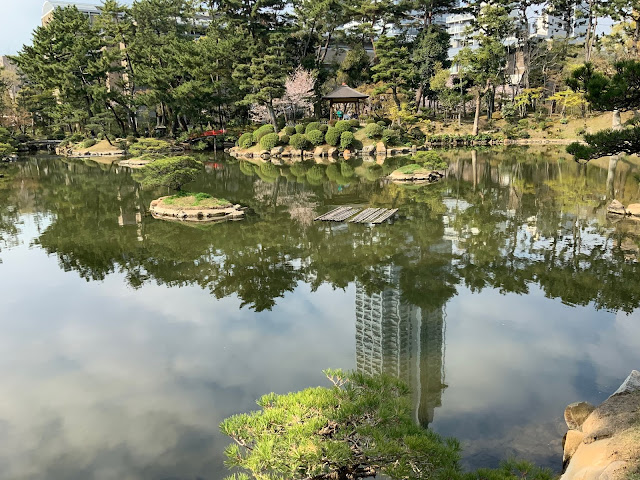 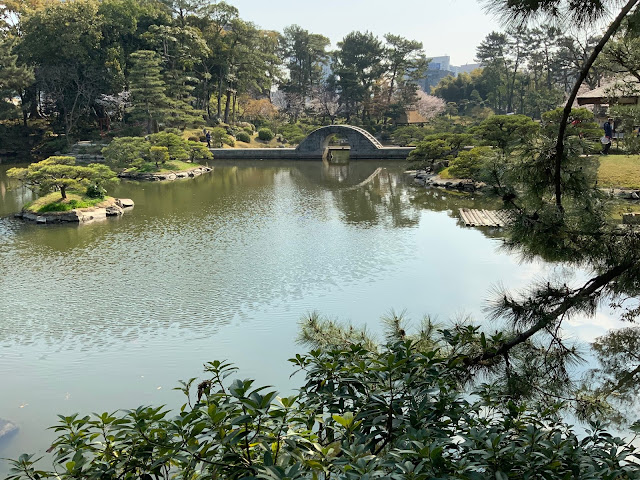 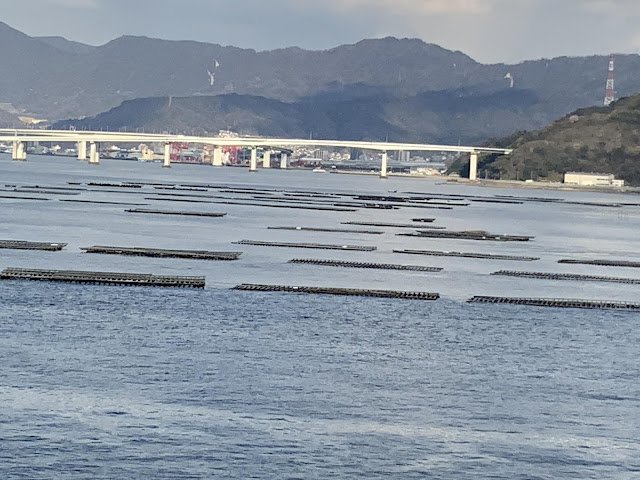