Cruising in these waters is a treat as the scenery is spectacular, with constantly changing vistas crowned by dormant volcanoes.  Sasebo is located close to China and Korea, which put it in the forefront of international relations and conflicts for decades.  It was one of the 17 potential targets for the "Bomb", but did incur heavy conventional bomb damage in WWII.  This area was the major launching site for the Korean war too.

USA still has a large naval presence here, as evidenced by numerous moored and operating vessels in the area.  See Photos.

Our day was spent exploring the city and a mile long covered promenade lined with shops. We tried the famous Sasebo Burger and were not disappointed.  Best burger ever! This specialty burger was
created in the 1950s, in Sasebo, to give American servicemen a little taste of home.

I turned on the GPS to record our movements today. No wonder guys try to avoid shopping with their wives.  You have to look at the tracks below!

Cruising into Sasebo this morning 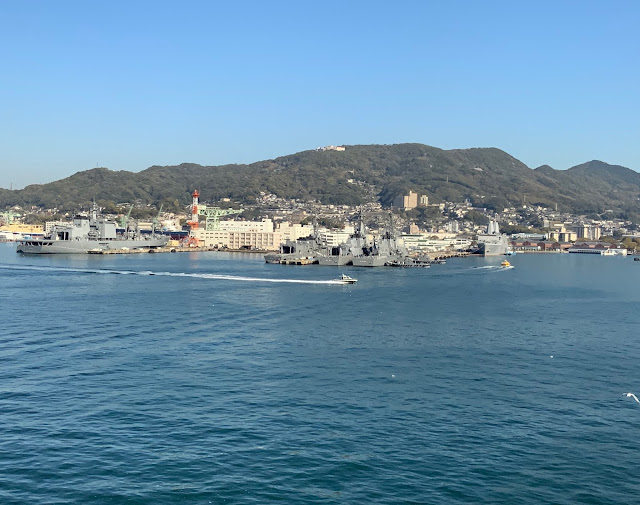 Cruisers next to our berth. 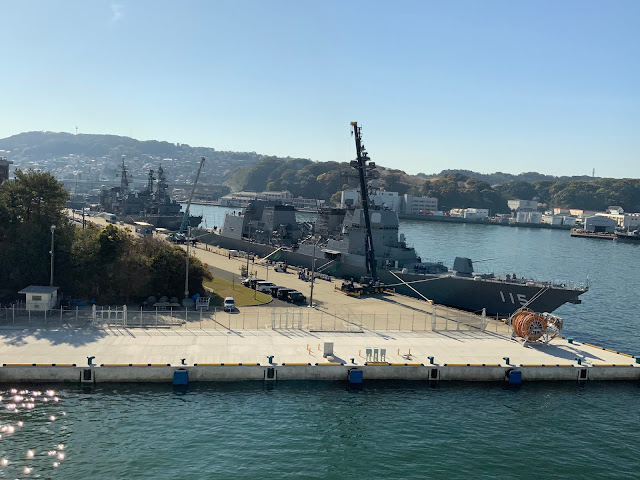 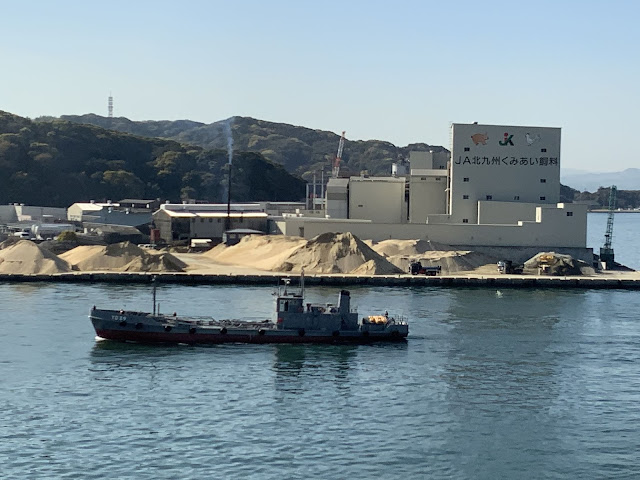 Rousing greeting by our Japanese hosts! 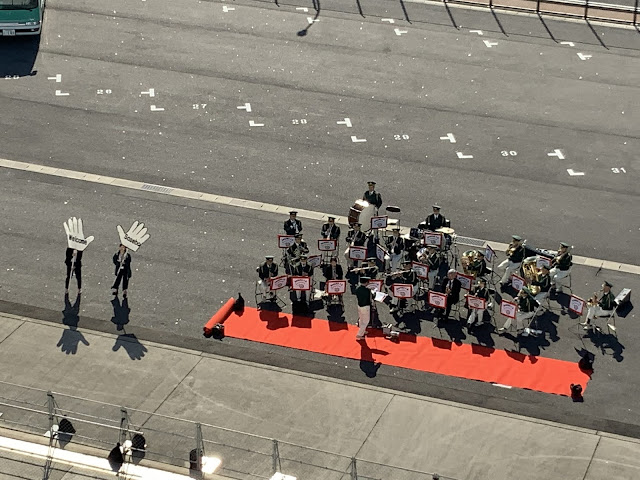 Huge covered street mall, stretching for a mile.  Every conceivable item can be found for sale. 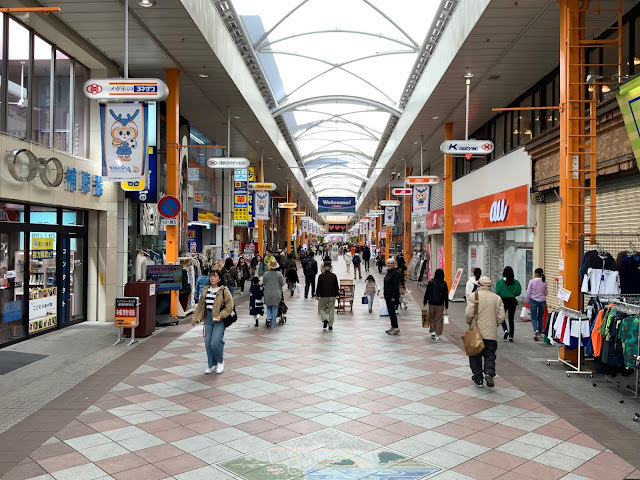 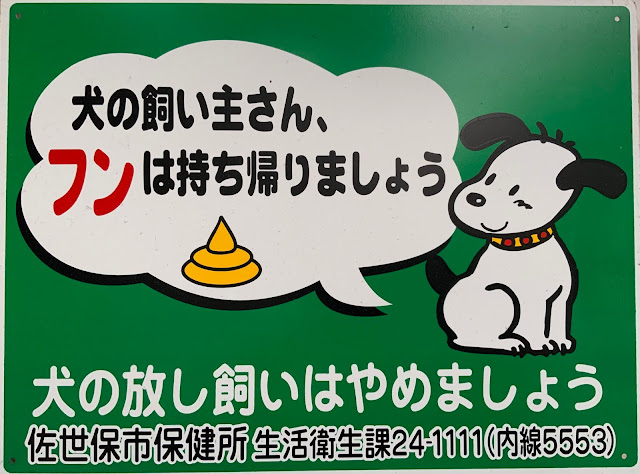 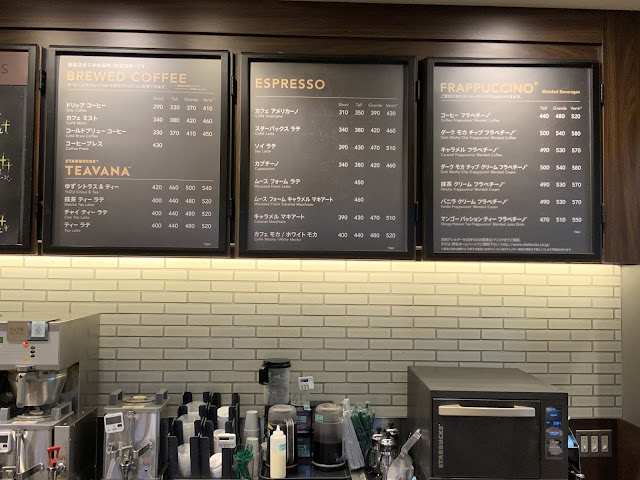 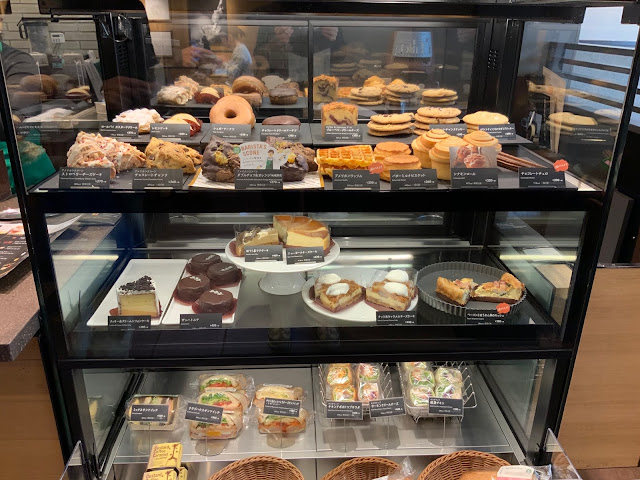 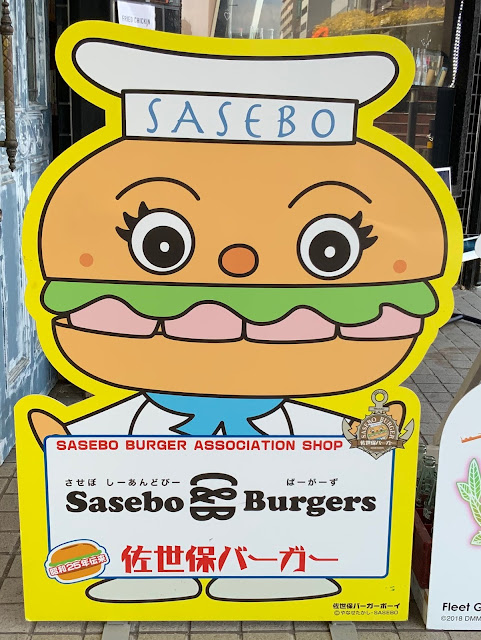 Even contains back bacon. 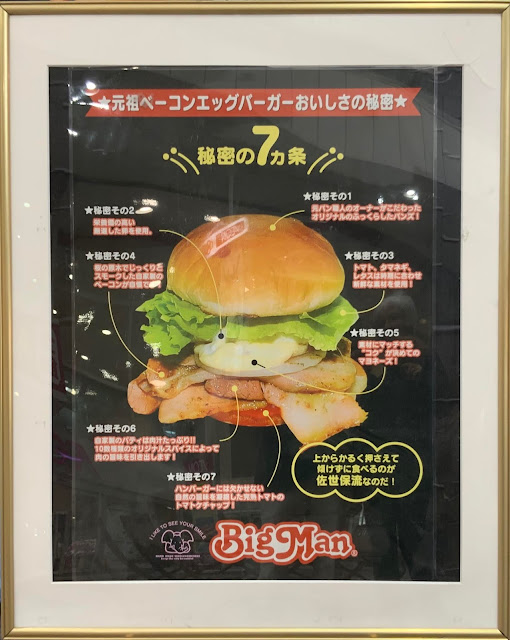 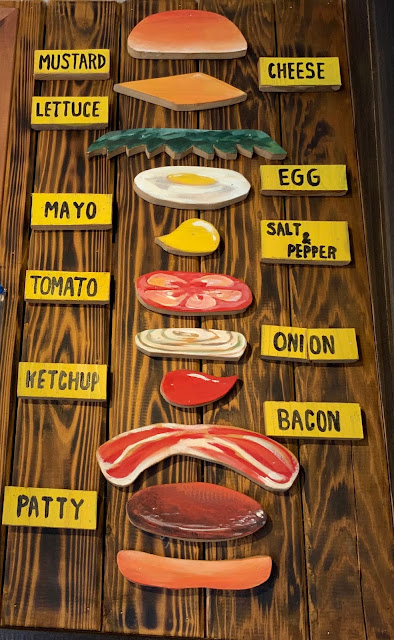 It was really delicious! 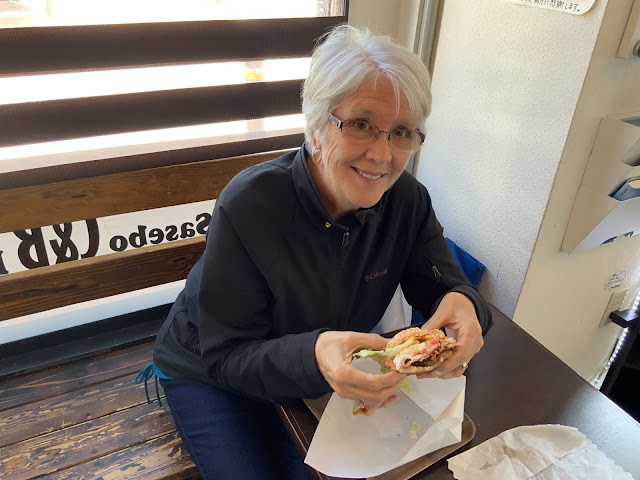 Dessert was a normal berry cone for me, while Merrilynne had a wasabi and vanilla cone, which apparently tasted great.  Really Merrilynne? 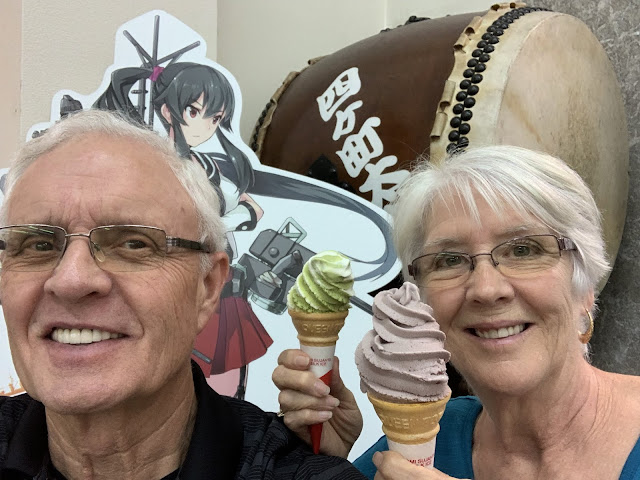 Toji Gate, traditionally found at the entrance to a Shinto Shrine and it symbolically marks the transition from the mundane to the sacred. 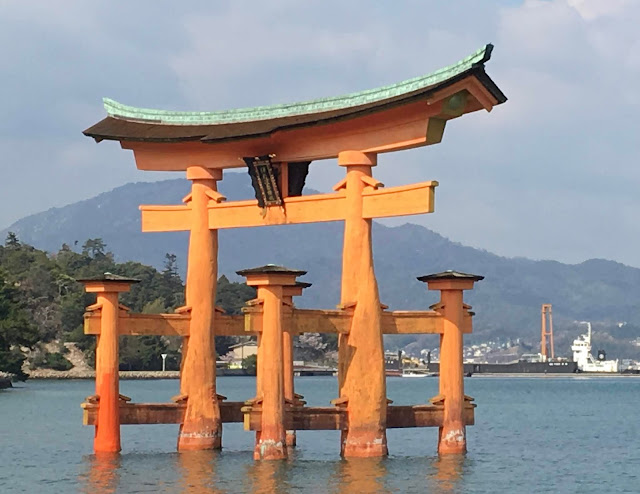 Japan has 3.6 million vending machines.  You can even get a puppy out of one. 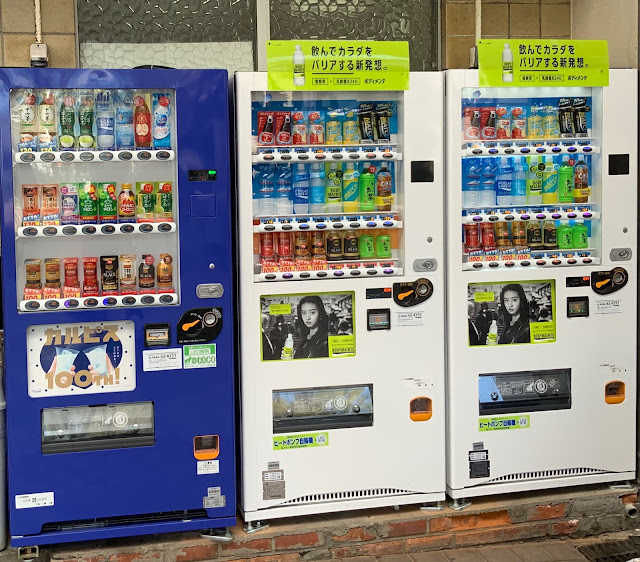 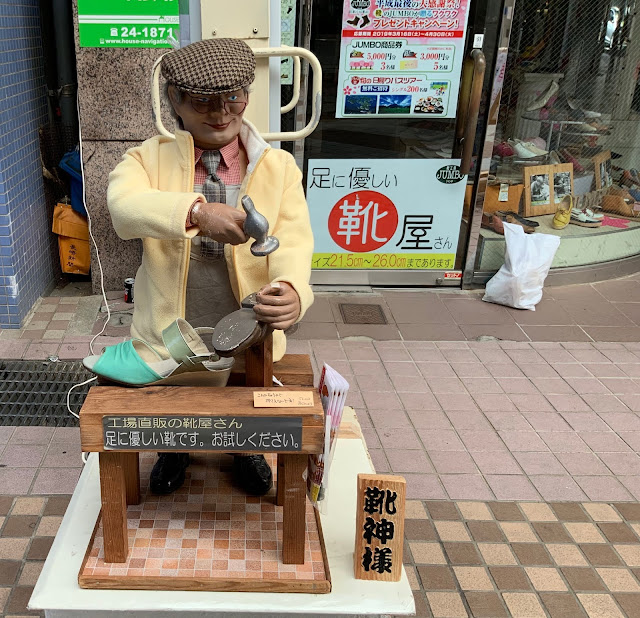 Optimizing parking space. There is a business opportunity in this system, New Yorkers! 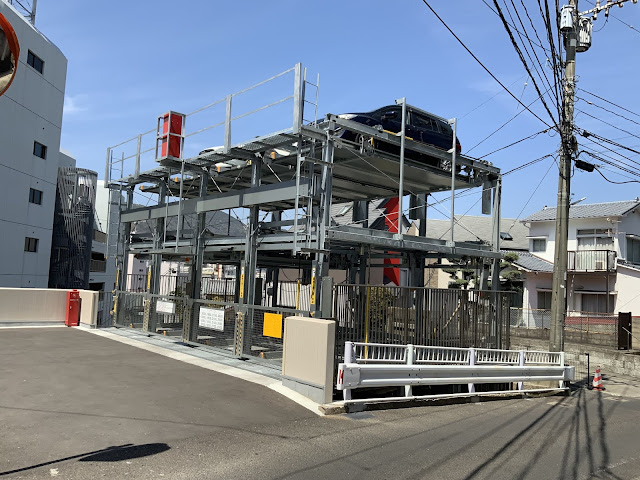 No, we didn't try the wash nor the air dry cycles on this baby.  (Toilet) 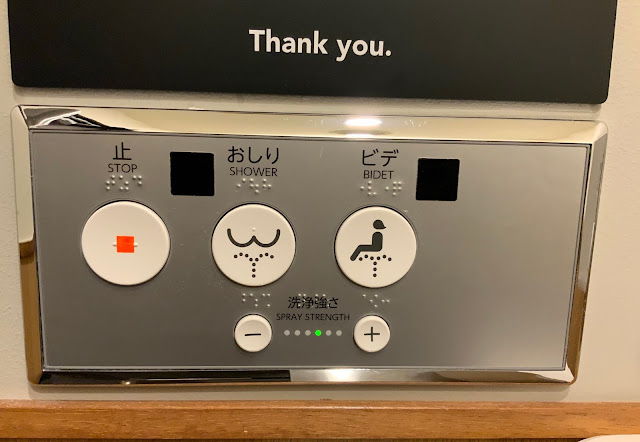 Yes guys, I have the evidence.  Following Merrilynne as she shops! 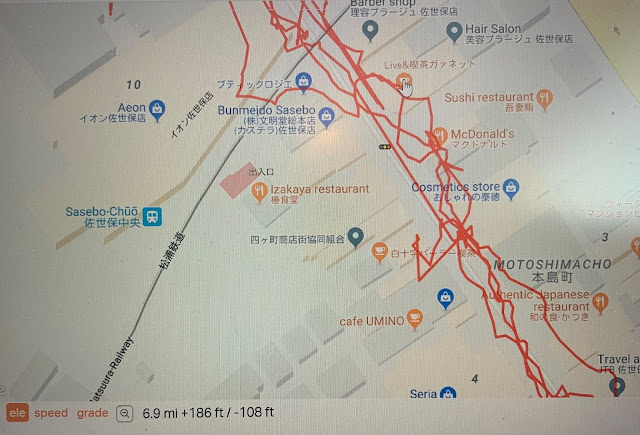