Brisbane is another modern city with a population of 2.6 million. Massive port facilities line the waterways, freeways criss-cross the city, with some being built out over rivers to conserve land, overshadowed by towering modern sky scrapers. A strong economy, as evidenced by the multitude of new building under construction, bods well for Australia.

My cousin Donnis Chisholm and her husband Frank met us at the Hamilton Cruise Port this morning.  We spent a few hours visiting and touring the city. First stop was the Apple store so we could update our devises, using their fast wifi!  Then it was off to Mt. Coot-tha's lookout for a view of downtown and a nice lunch.

Weather has been kind to us well so far, with one shower in 54 days that lasted 15 minutes, while in Hawaii.

Included one photo of the Gold Coast from a TV promotion, which looks amazing.  Must visit that area next time!

General Douglas MacArthur used Brisbane as his headquarters when coordinating the Pacific campaign! 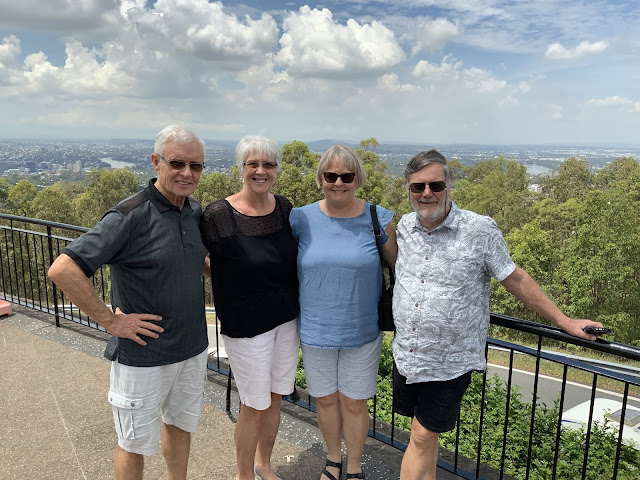 Brisbane as seen from Mt. Coot-tha﻿ 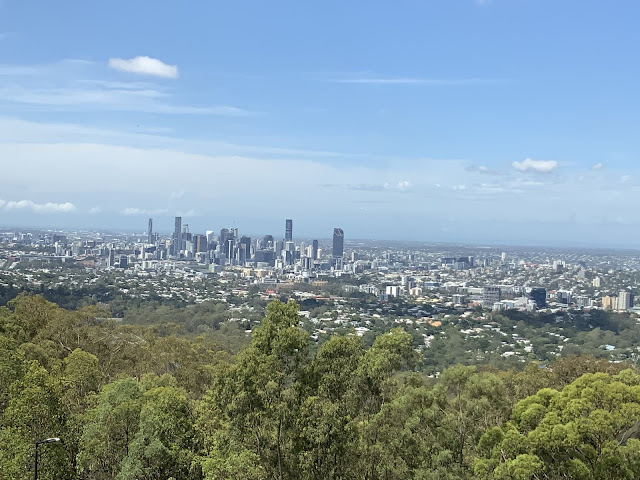 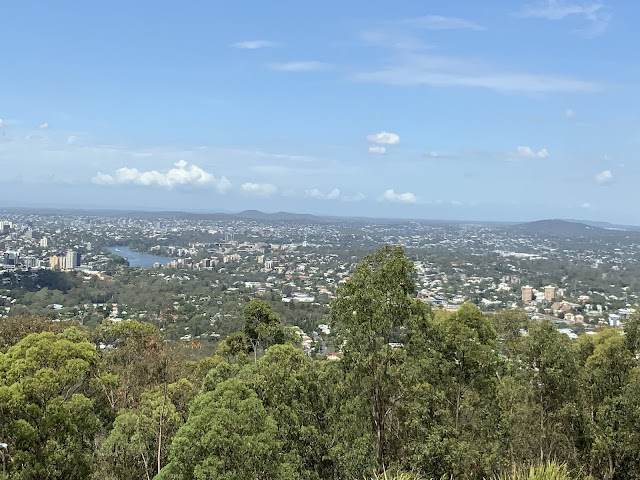 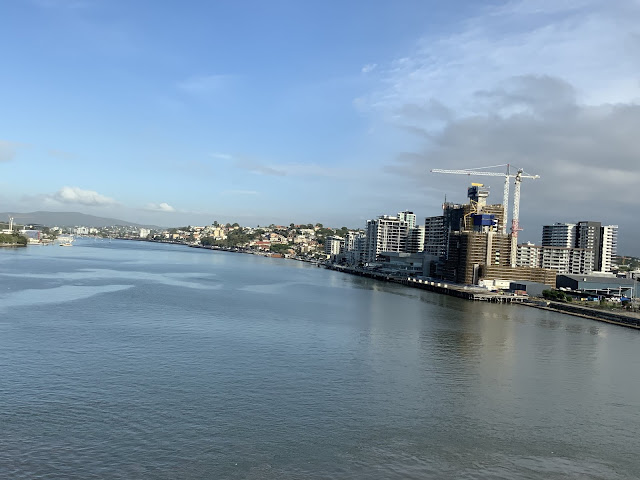 TV photo of the Gold Coast, an amazing area it appears!﻿ 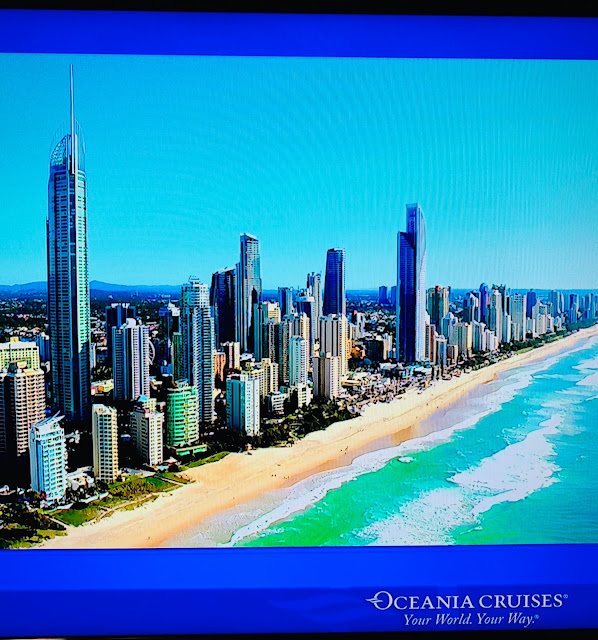 End to a great day, viewed from the rear deck.﻿ 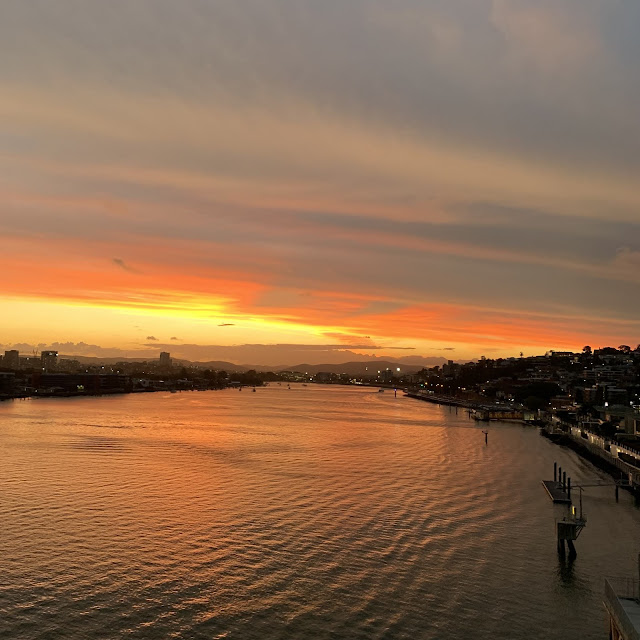