Very clean, modern city with all the trappings of an advanced society.  NO graffiti, no litter on the streets, well-maintained building and excellent pavement everywhere!  Taiwan is a leader in digital technology.  Health care system is free and rivals that of Great Britain or Canada.  Medical tourism is alive and well here, with a mouthful of dental implants costing less here than in North America, including travel and living expenses.

Japan invaded and controlled Taiwan from1895 to1945. Due to England's drug trafficking to China since the early 1800s, more than 25% of Taiwan's young males were addicted to opium at that time.

May be a warning for North America, as we move down the legalization road?  Lets revisit this question in 10 years.

Chaing Kai-shek moved his defeated followers to Taiwan in 1949 to establish a free Chinese society which evolved into a democracy by 1979.

We toured three shrines, Lotus Gardens and many city sites. 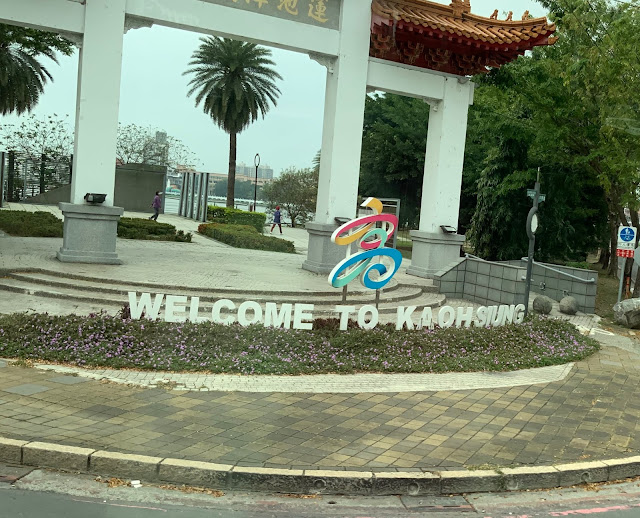 David Lee, our excellent guide.  He was an Artillery officer during the artillery duels of the 60s. 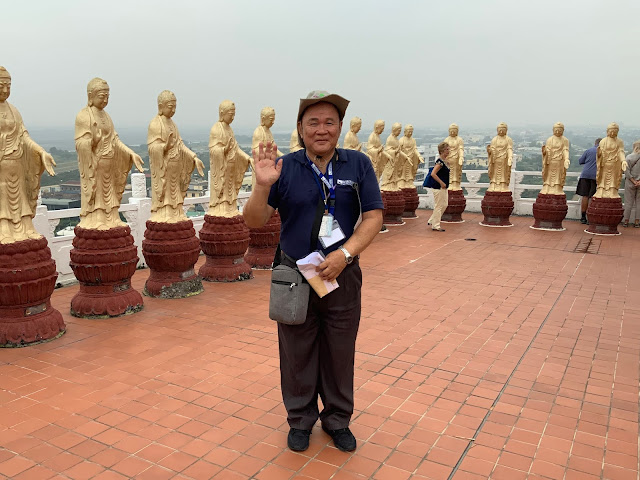 Artistic extravagance everywhere you turn.  Hate to be the paint maintenance guy! 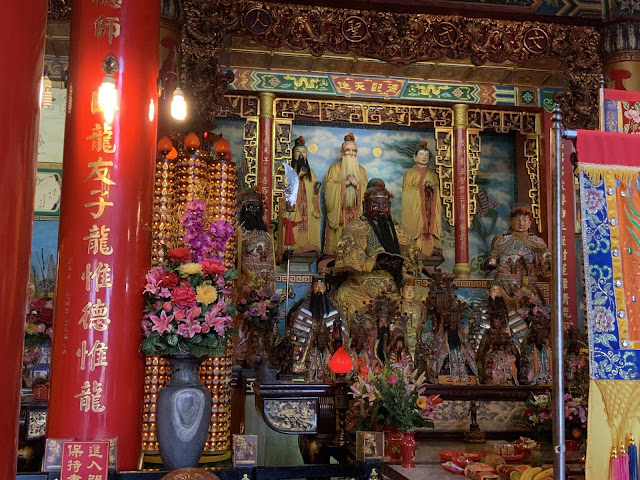 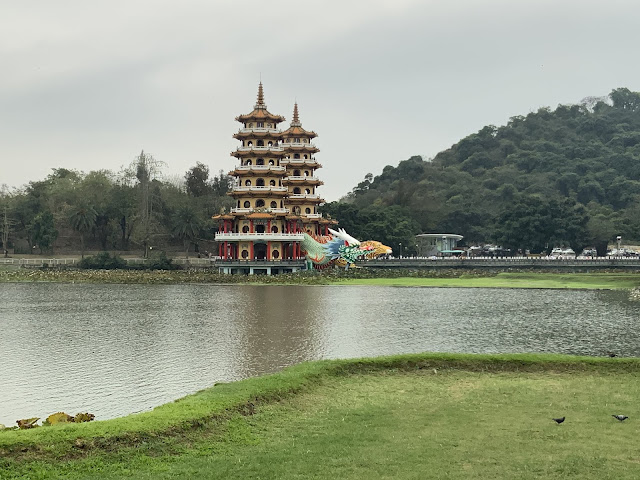 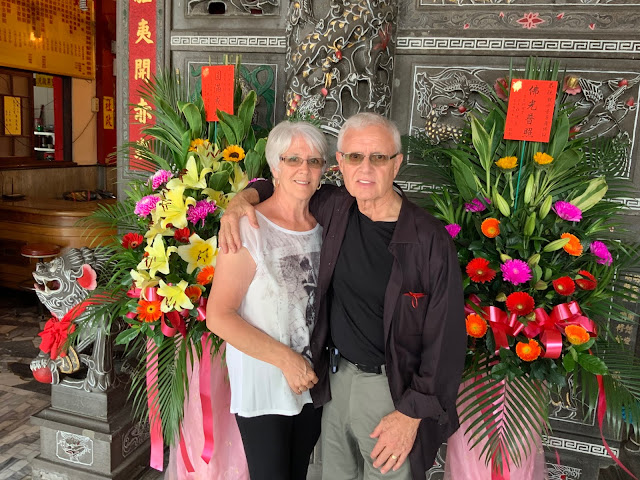 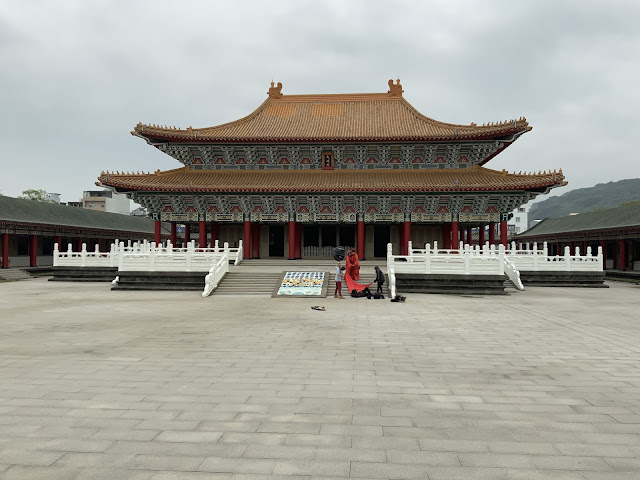 Three Buddhas, left is light, middle is jewel and right is medicine 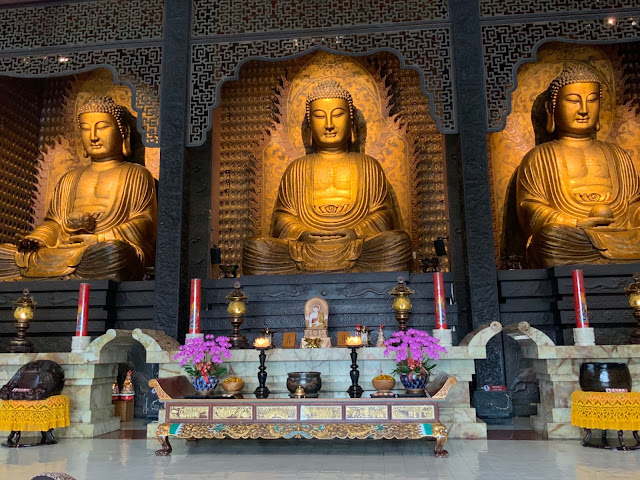 Fo Guang Shan Buddha Museum - One of three Buddha Shrines that houses one of Buddha's teeth.  Lead up is the Buddha hood path lined by the eight pagodas. 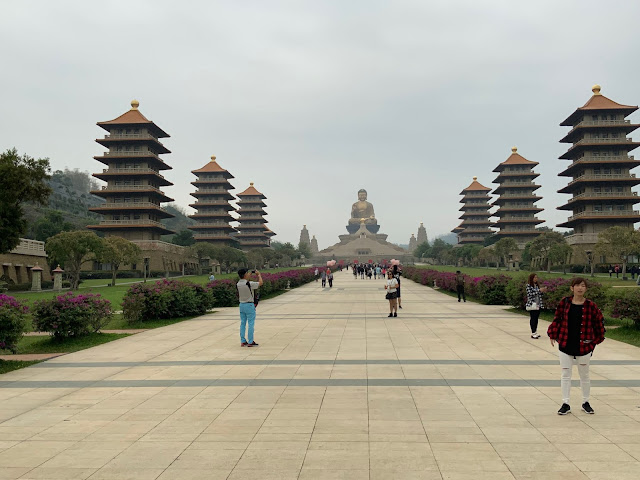 View from upper deck looking back down the promenade between the eight pagodas which depict the disciplines. 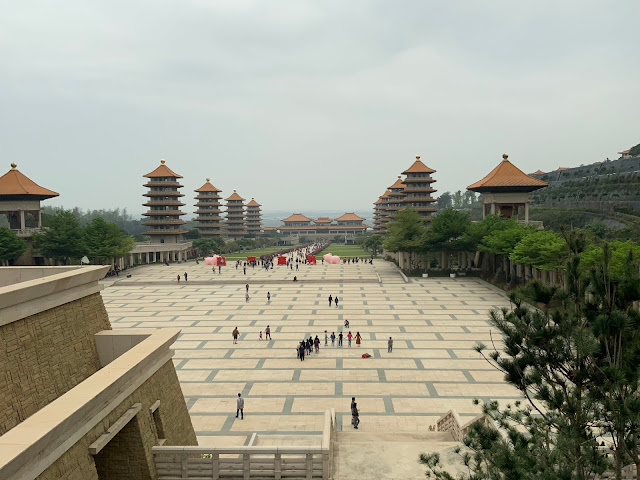 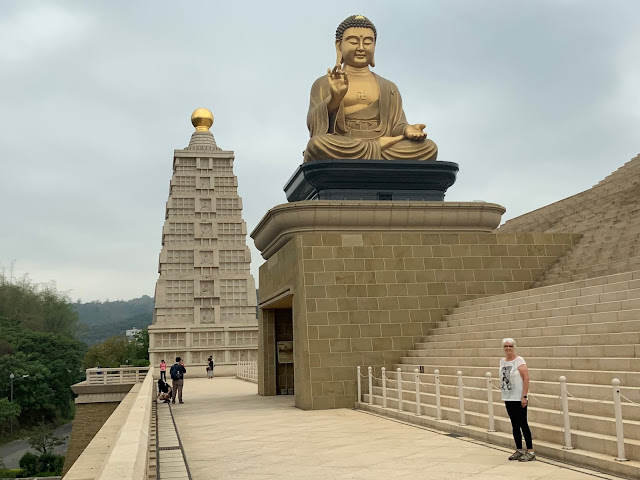 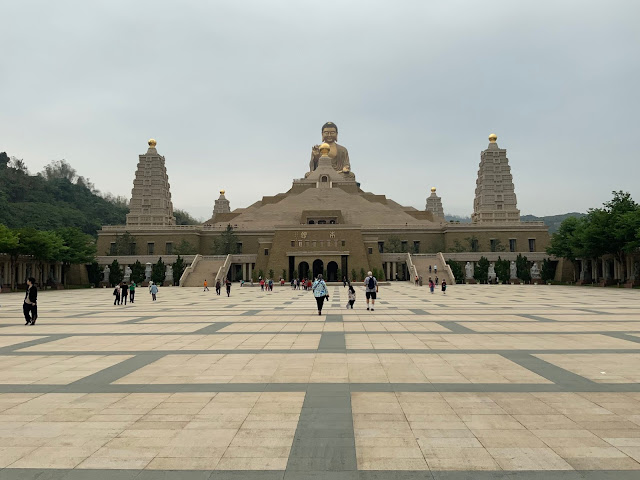 Buddhist Shrines have a bell on the left, which is used to summons monks to prayer and to demarcate time.  Reminds one that a new day is beginning so make the best of it. 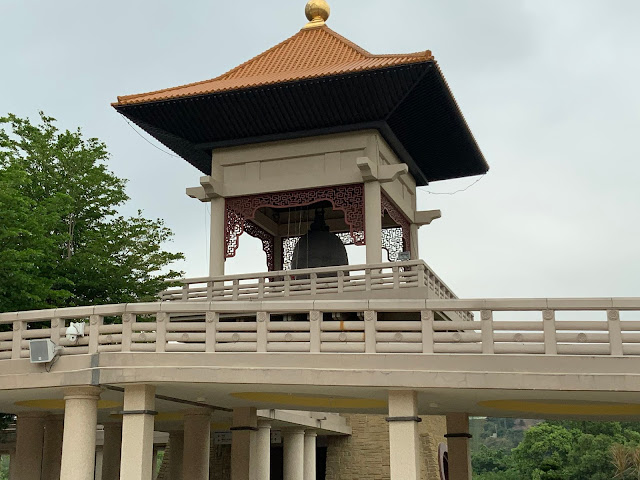 Drum on the right is used to signal the end of a day: time to be thankful while planning for the next day. 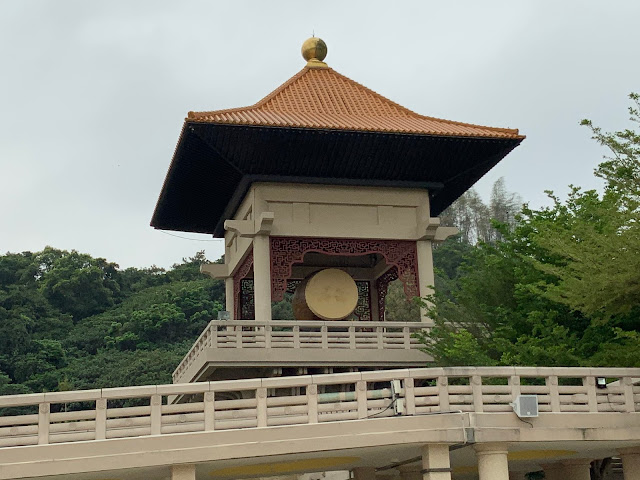 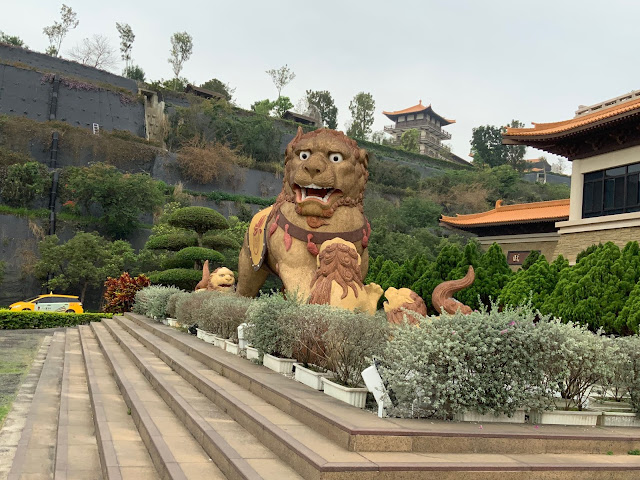 Buddha is believed to have ridden a white elephant into the womb. 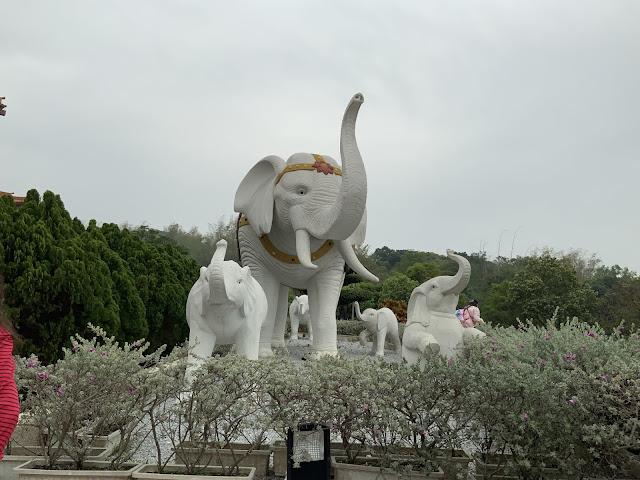 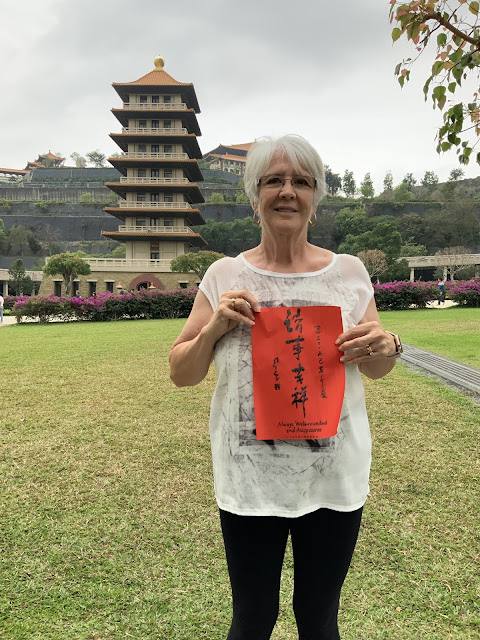 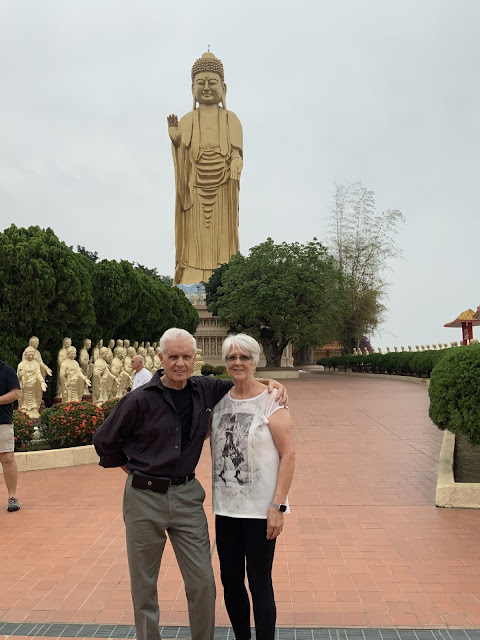 Gestures - Raised right hand indicates giving light to the world. Open left hand is a gesture of welcome and invites everyone to the land of peace. 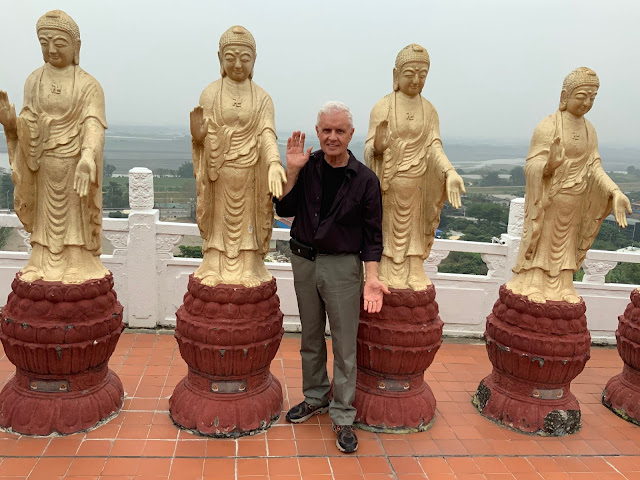 Note the reverse swastika on the Buddha's chest.  The swastika is a geometrical figure and an ancient religious icon in the cultures of Eurasia, used as a symbol of divinity and spirituality in Indian religions. In the Western world, it was a symbol of auspiciousness and good luck until the 1930s, when it became a feature of Nazi symbolism as an emblem of Aryan race 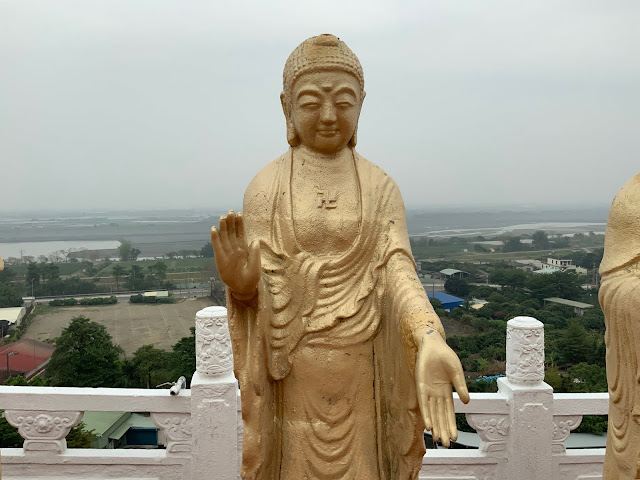 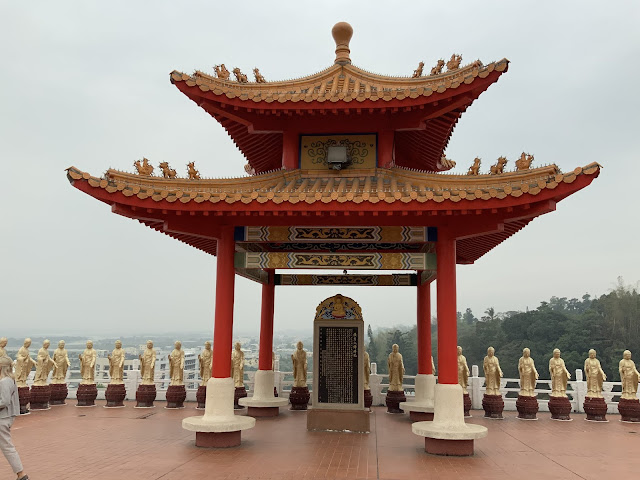 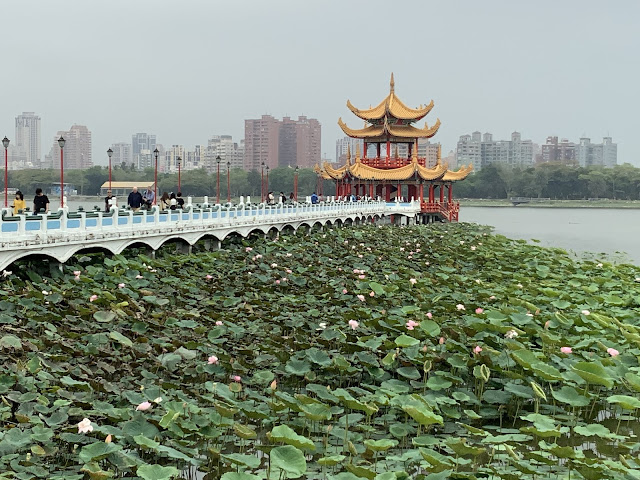 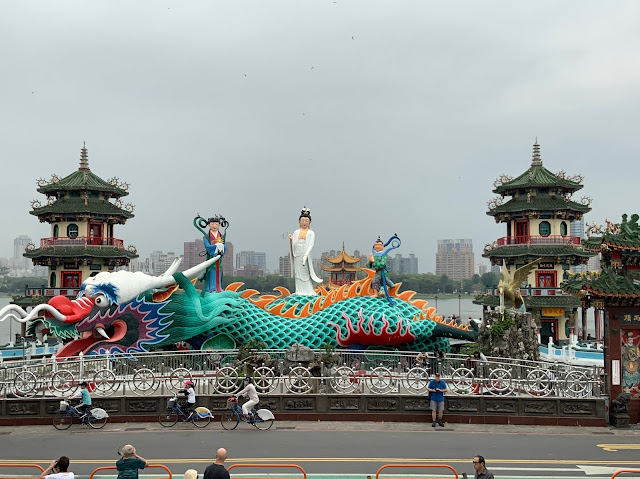 Note the Indian influence on the shrine roof.  Buddha was born in India 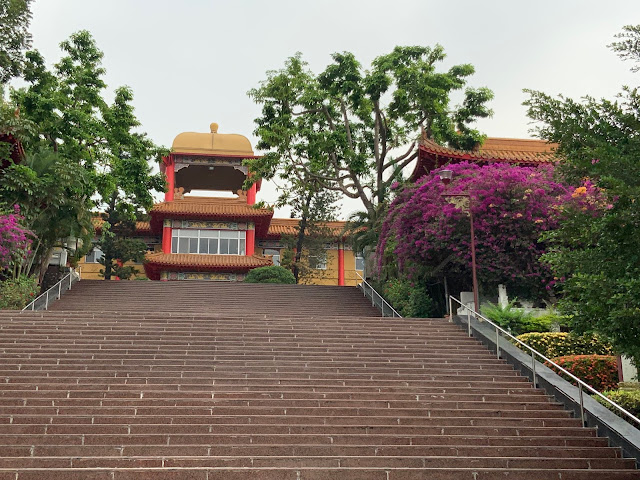 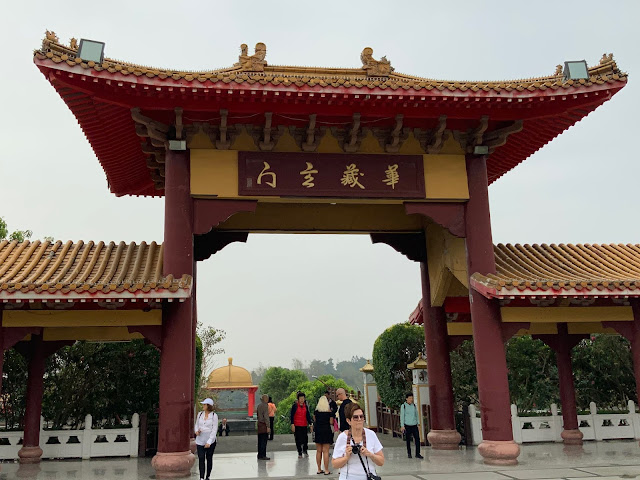 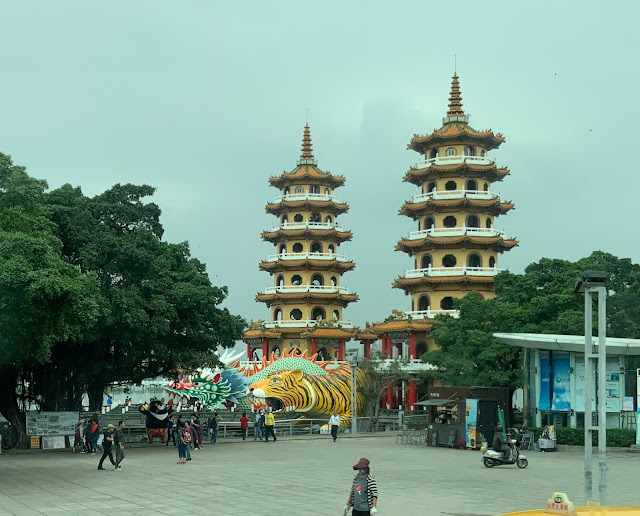 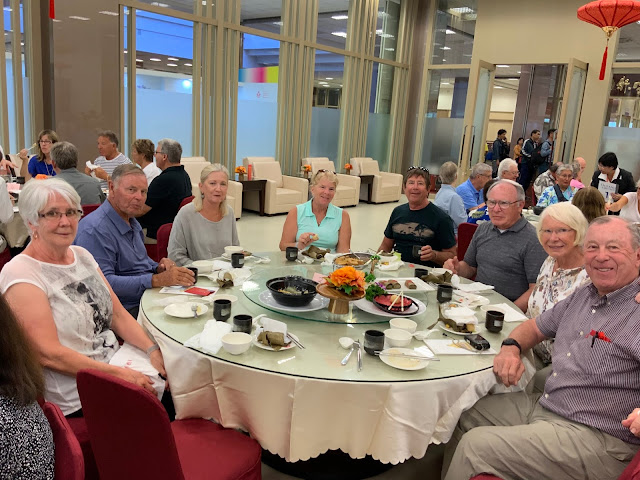