Japan has the oldest hereditary monarchy in the world, dating from 660 BC to present monarch, Akihito, with 125 different emperors.  Eight of the emperors were female, but this practise was officially prohibited in 1889, in conjunction with the new Meijji Constitution being enacted.

Sumo wrestling started about the 5th century as a method to pray for bountiful crops but has evolved into a cultural and sporting phenomenon, taking on its present form in the Edo period, 1600s.

Over 81,000 shrines are located in Japan, with their main function being to safe guard sacred objects.

Samurai would dominate Japanese government and society from the 12 century until 1868, when the Meijji movement ended feudalism.  The traditional samurai code of honor, discipline and morality known as Bushido, or "the way of the warrior", was revived and made the basic code of conduct for much of Japanese society.


Kamikaze of 1274 and 1281, a pair of massive typhoons that each wrecked the Mongol fleet attempting to invade.  The storms destroyed most of the Mongol ships and dispersed the rest, forcing the attackers to abandon their plans and fortuitously saving Japan from foreign conquest.


The two Mongol fleets were dispatched by Kublai Khan, the grandson of GGenghis Khan who had conquered China and had become the first emperor of its Mongol Dynasty.  The first invasion force that attacked Japan in the autumn of 1274 comprised about 30,000 to 40,000 men (mostly ethnic Chinese and Koreans, except for the Mongolian officers) and an estimated 500 to 900 vessels. The typhoon struck as the ships lay at anchor in Hakata Bay, Kyushu, Japan, sinking about one-third of them, with the rest limping home; it is estimated that 13,000 of Kublai’s men drowned.
The second Mongol fleet was much larger, made up of two separate forces—one setting out from Masan (Korea) and the other sailing from southern China—with a combined force of 4,400 vessels and some 140,000 soldiers and sailors. The two fleets joined up near Hakata Bay, again the main point of attack, on Aug. 12, 1281. On August 15, as they were about to assault the much smaller Japanese forces defending the island (about 40,000 Samurai and other fighting men), a massive typhoon hit, wrecking the Mongol fleet and once again foiling the invasion attempt. The invading forces suffered tremendous casualties, with at least half the Mongol warriors drowning and all but a few hundred ships from the fleet perishing during the storm. Most of the men who survived the storm were hunted down and killed by the samurai over the following days. Only a small fraction of Kublai Khan’s original force returned home from this ill-fated expedition, one of the largest and most disastrous attempts at a naval invasion in history.
Literally meaning “divine wind,” the term kamikaze was coined in honour of the 1281 typhoon, as it was perceived to be a gift from the gods, supposedly granted after a retired emperor went on a pilgrimage and prayed for divine intervention. American forces were exposed the this cultural phenomenon frequently in WWII.
Emperor Meiji assumed power in 1868 and reigned until 1912, where he moved Japan from a feudal state to a super power.  He orchestrated several successful wars which dramatically changed Japan's international stature.  Sino- Japanese war of 1895.  Russo-Japanese war of 1905.  Japan annexes Korea in 1910. 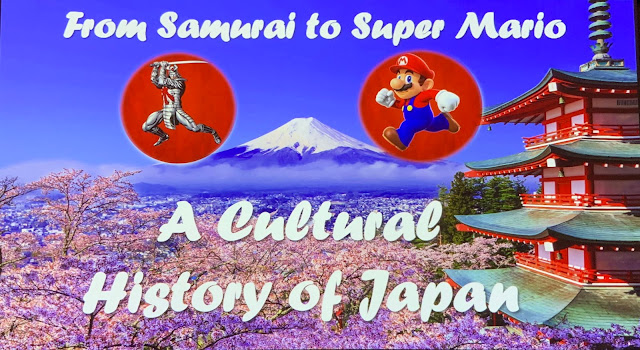 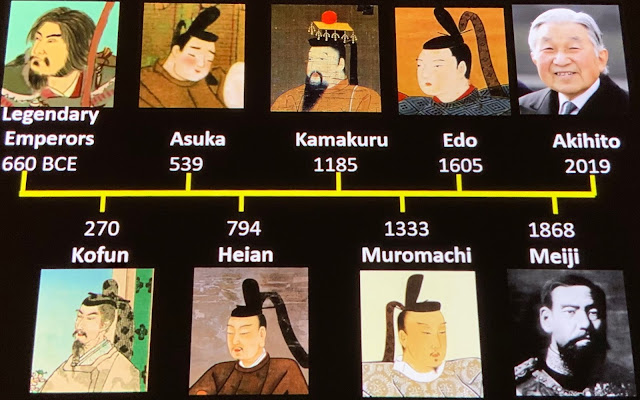 Cyclones destroyed Mongolian fleets in 1274 and 1281 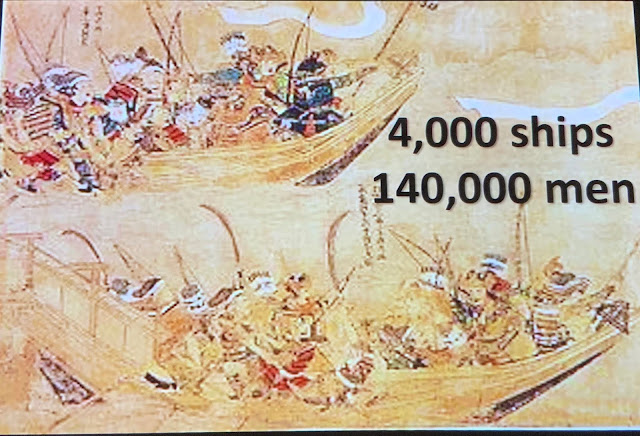 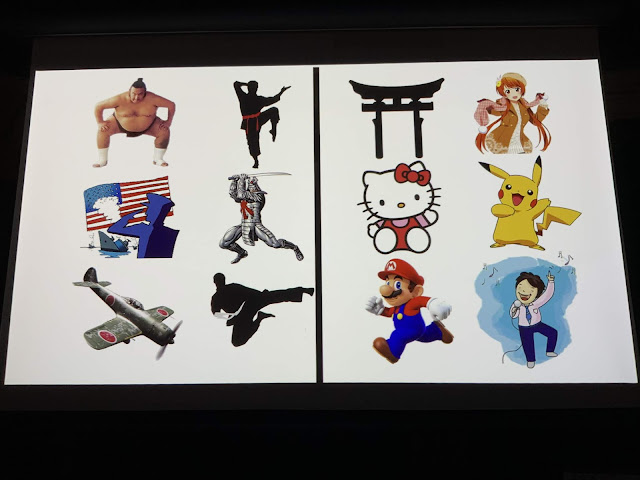 Samurai had a backup ready to sever his head immediately upon puncturing himself, to end the pain. 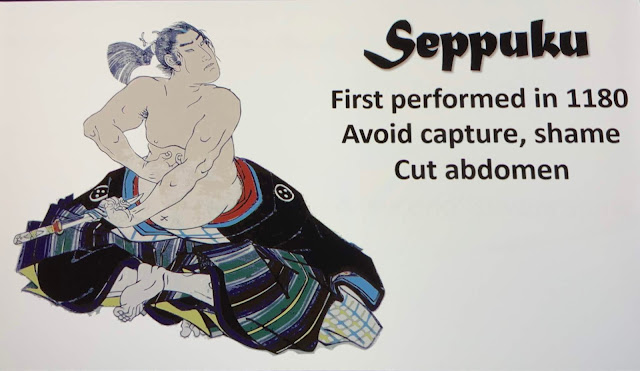 Japan isolated its self from the world and killed foreigners 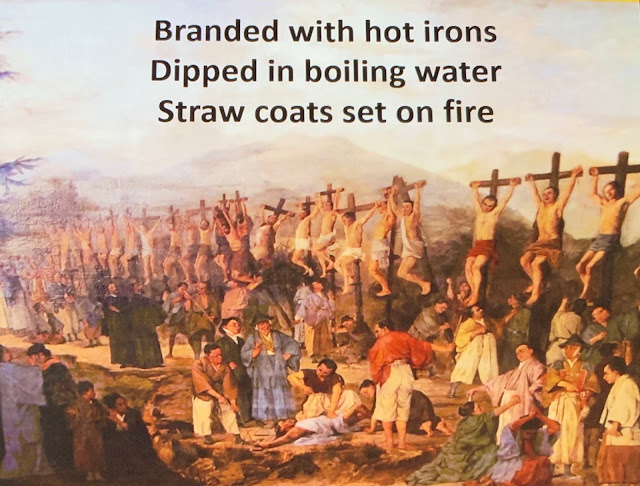 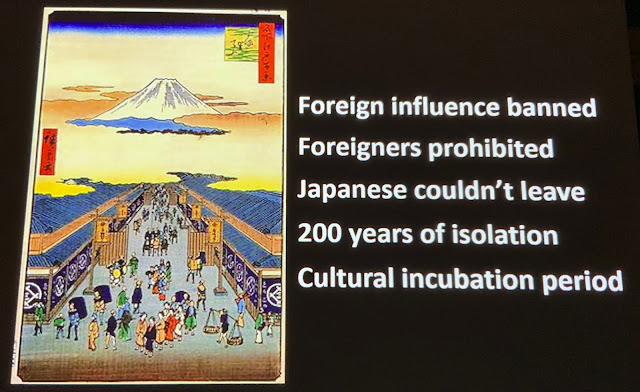 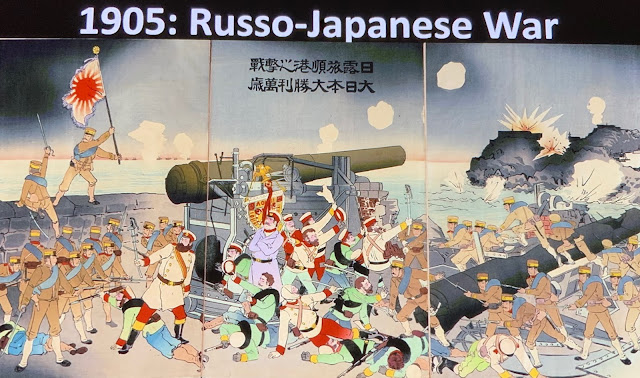 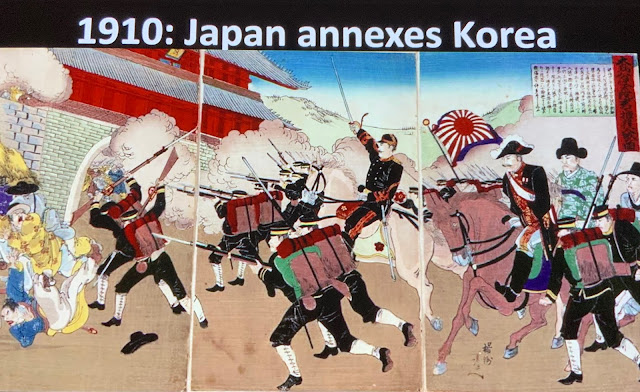 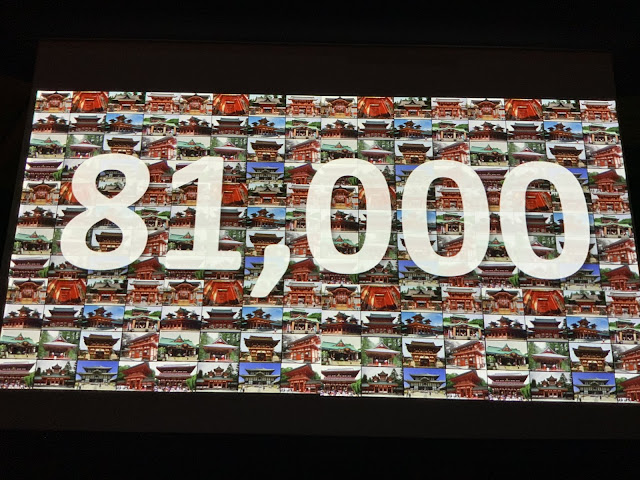 Lecture on China's "Century of Humiliation" and Communist Evolution

Britain eyed China as a huge economic opportunity in the late 1700s.  Lord McCartney was dispensed to China on a trade mission develop a relationship with China.  English people were consuming huge quantities of tea by this time (5% of average person's income) so the trade deficit was heavily in China's favour as they bought nothing from England.  China was very wealthy with a GNP equal to 1/3 of the entire world so considered England barbarians and not worthy of China's attention.  This offended the English with their advanced technologies in sciences and weaponry.  (China still used bows and arrows)

Another trade mission was met with indifference and failure so the English embarked on another course.  They effectively became drug dealers by selling opium to the Chinese under the noses of the authorities, much to the Emperors disgust.  This quickly corrected the trade imbalance but with attendant Chinese anger.  The Opium war - 1839 to 43 was won by the superior English weapons and the Chinese were forced to pay $6,000,000 in reparations:  China was forced to open 5 ports: England was given a little island village of Hong Kong.

Taiping Rebellion between 1850 and 64 with opposing political and religious forces killing about 20 million.

Second opium war occurred  which the Chinese lost again.  This time they were forced to pay $33 million, open more ports, allow religious development and England was allowed to open an embassy in Peking. 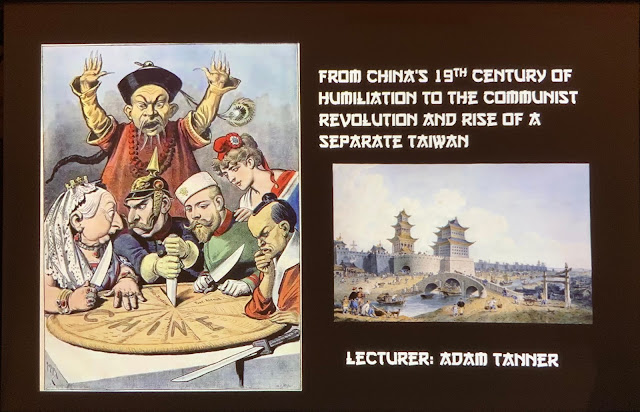 Lord McCartney meeting the Emperor in an attempt to expand trade, 1798. 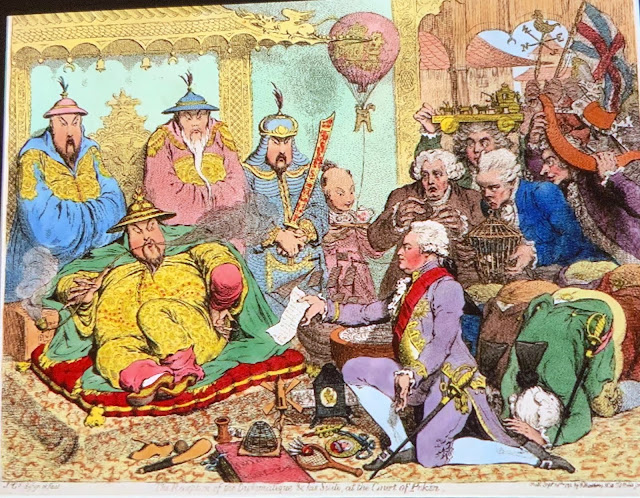 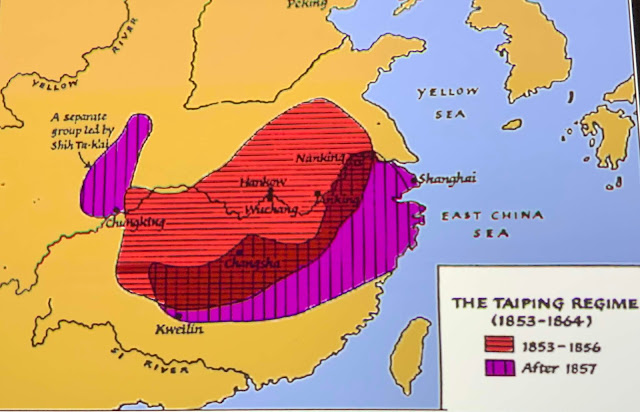 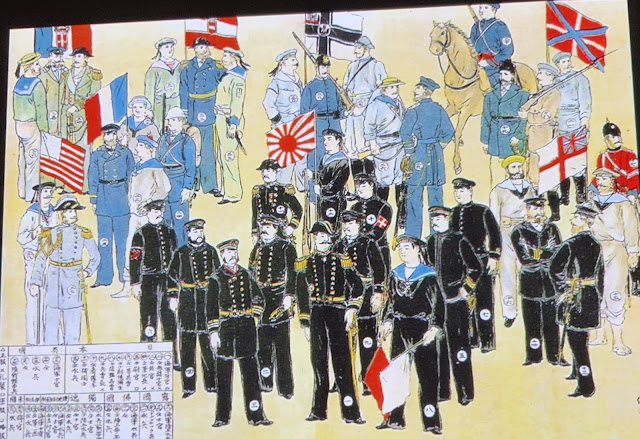 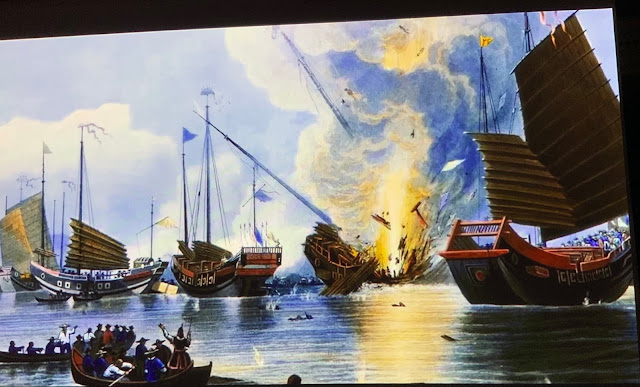 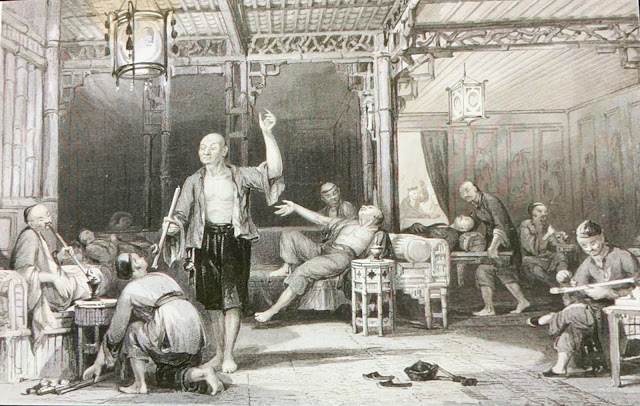 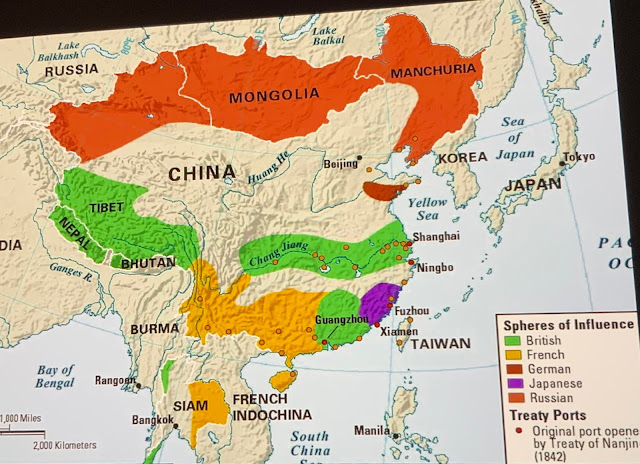 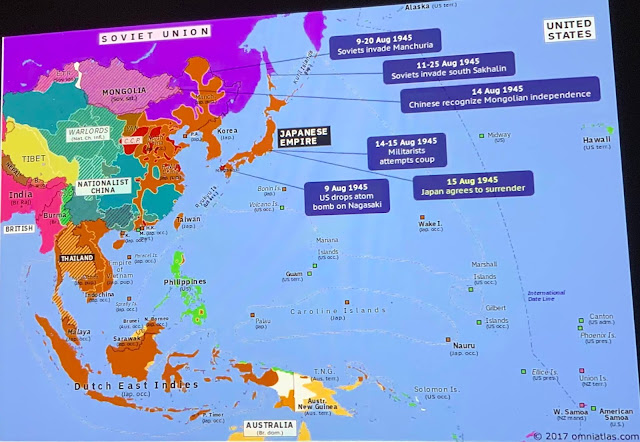 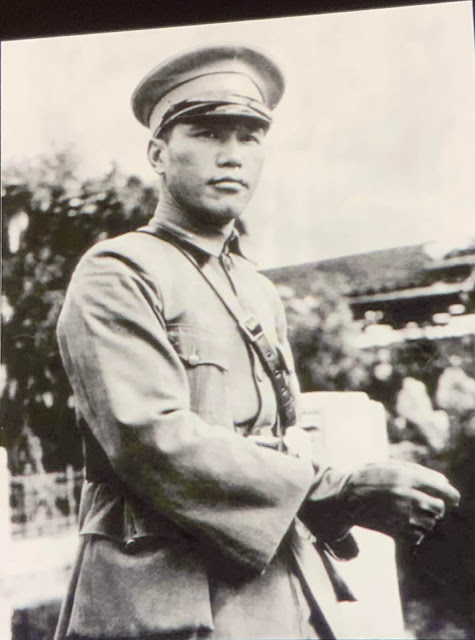 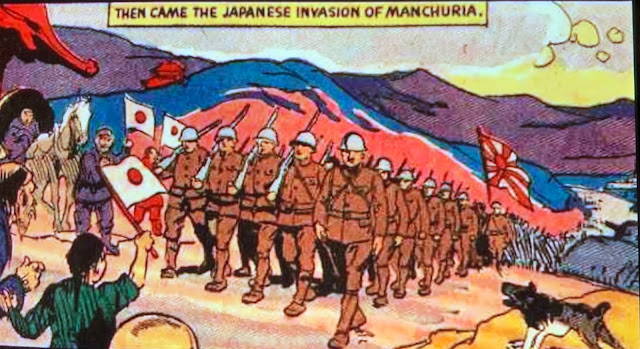