Adan Tanner gave a detailed lecture on the 400 year history of the Philippines, which I will only briefly touch on in a few areas.

Ferdinand Magellan, a Portuguese, went to the King of Spain for support in his quest to reach the East Indies because his ruler would not agree to Magellan's desire to sail around Cape Horn.  A expedition of this scope would compare, cost wise, to a Mars probe so funding was crucial and the Spanish King funded 70% of the trip. His voyage began in 1519 with 5 ships and 257 men, and after many problems including mutiny, scurvy and  lost ships, they reached the Philippines in 1521.  Magellan has been credited with discovering the Philippines, with some controversy, but he killed by the natives on that first visit.  The mission was completed in 1522 when 18 men, sailing the last ship laden with spices reached Spain.

Spain ruled the Philippines for 333 years, until the Spanish / American war of 1898.  America assumed control of Cuba, the Philippines, Hawaii, Puerto Rico and South Mariana Islands under the Treaty of Paris, December 10, 1898.  The Philippine -  American war then raged for a few years, where the Americans killed over 200,000  Philippians, more than Spain had killed in 350 years.  America lost about 3,000 troops during that period.   Brutal measures were used, including the Garrot (See Photo) to strangle people to outright genocide in 1918. (See photo of mass grave)  The American commander told his troops to kill everyone 10 years or older.

Taft was the first governor. (Photo on an ox where he weighted about 350 pounds)  The Philippine Independence Act was signed in 1934, with full Independence being granted on July 4, 1946.

We all know about General MacArthur's exploits on the battlefield and his expressions such as - "Old soldiers never die, they just fad away", but did you know he fell in love with a 16 year old girl (Scottish / Philippine) from the Philippines in 1929, when he was 49 and divorced.  They had a turbulent relationship for a few years,m then she operated a business until her suicide in 1960.  MacAthur remarried in 1937 and had a son named Arthur MacArthur!  Yes, that is true!

Ticking time bomb exists now as China is expropriating most of the South China Sea, with their claims extending op to 500 miles from China's coast.  They are claiming the Spratly Islands as theirs as they expand seven island atolls to build military bases.  See photos. 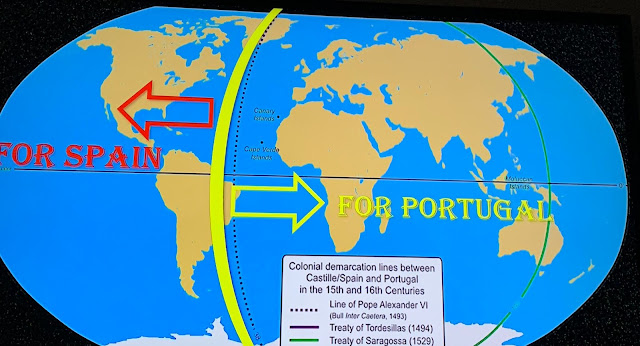 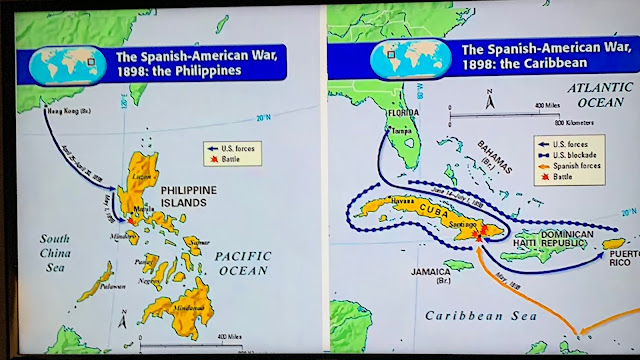 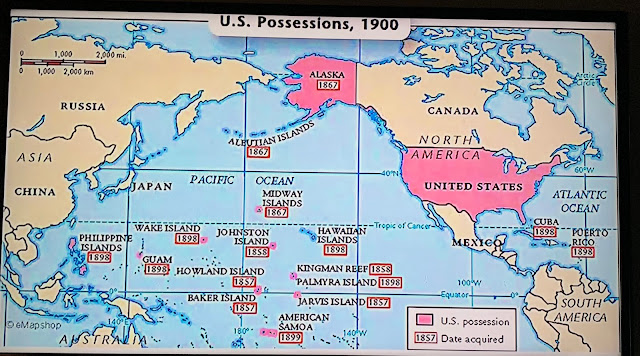 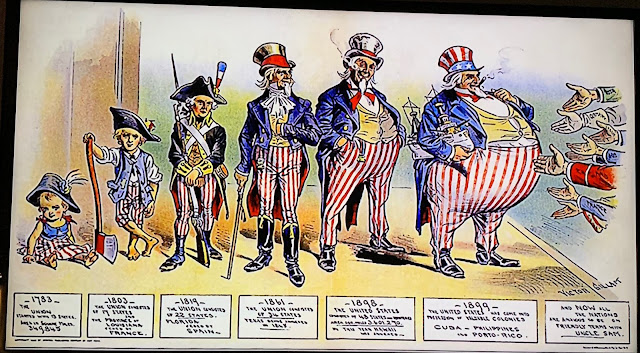 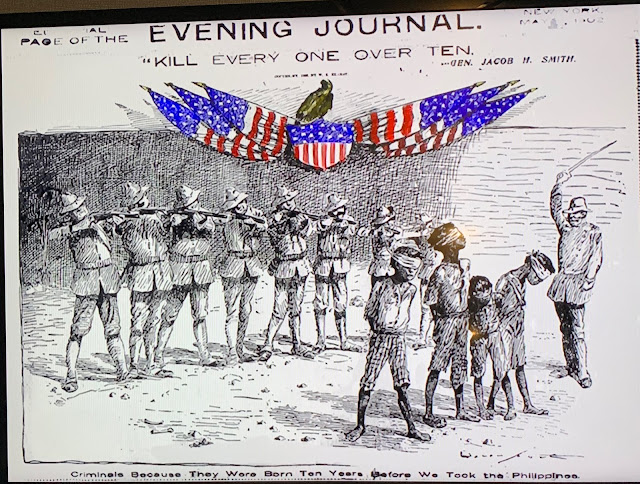 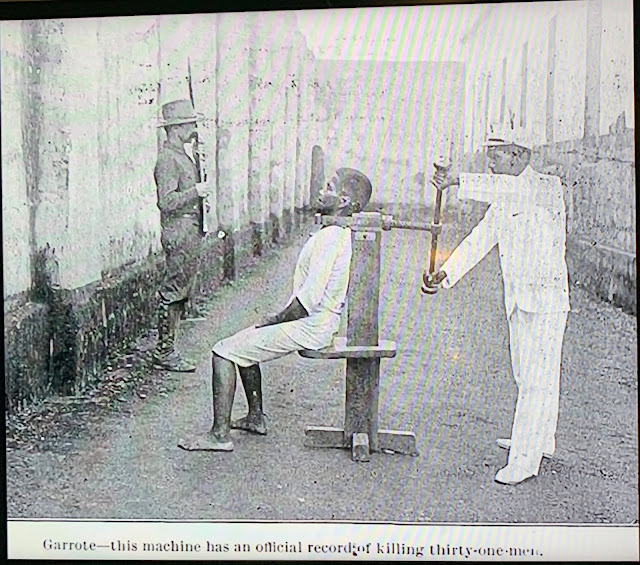 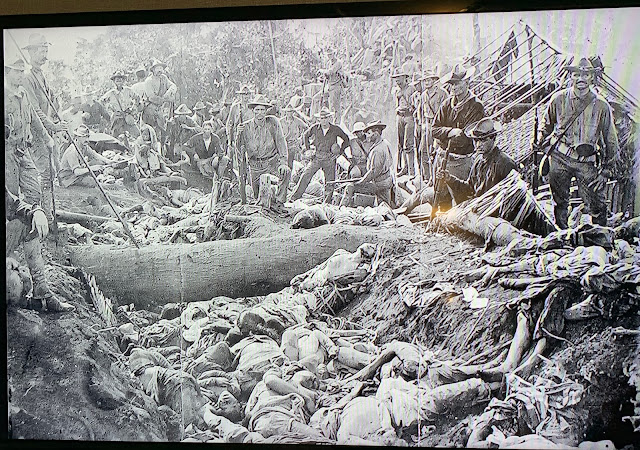 Taft on his ox!  First governor of Philippines under US rule. 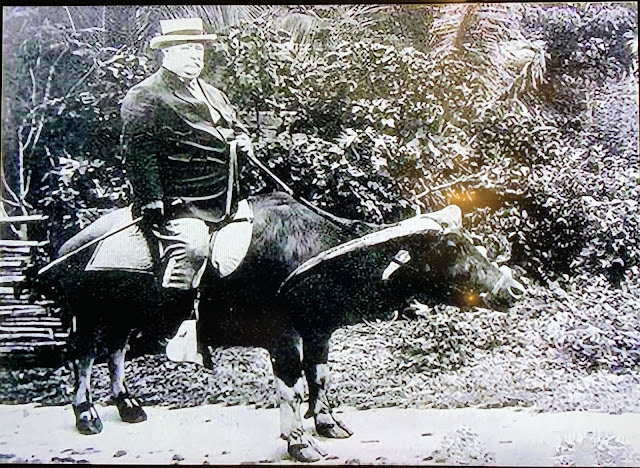 General MacArthur started having an affair with this 16 year old Philippine girl in 1929, when he was 49.  'Dimples' lived with him through turbulent times until committing suicide in 1960. 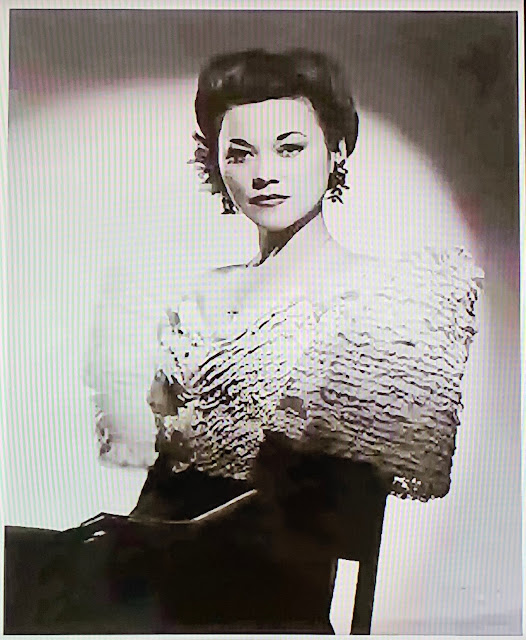 Following pictures detail Chinese claims to the ocean between many of the countries in the area. 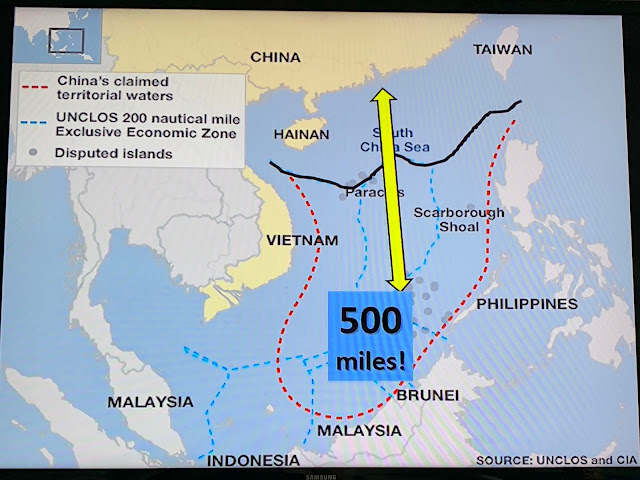 Red line depicted China's claim area, with the other counties' claimms shown in other colored lines. 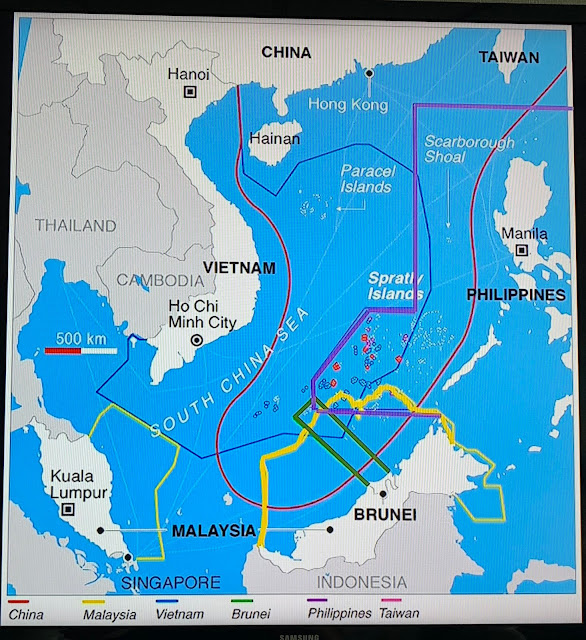 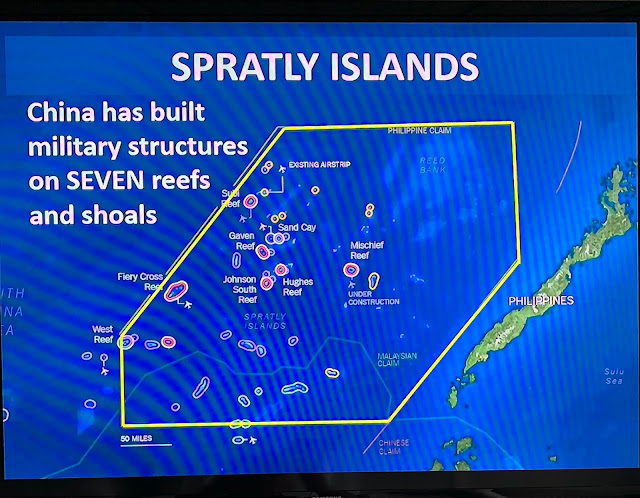 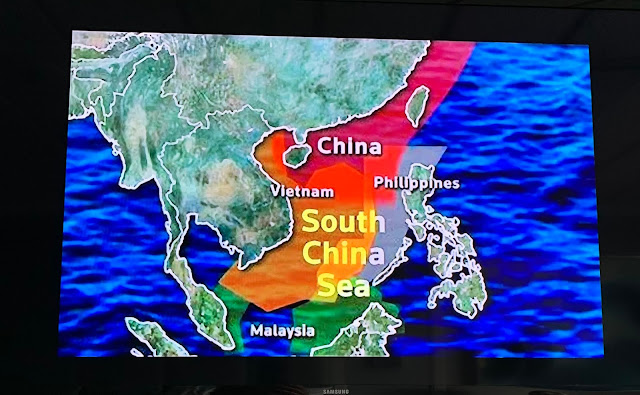 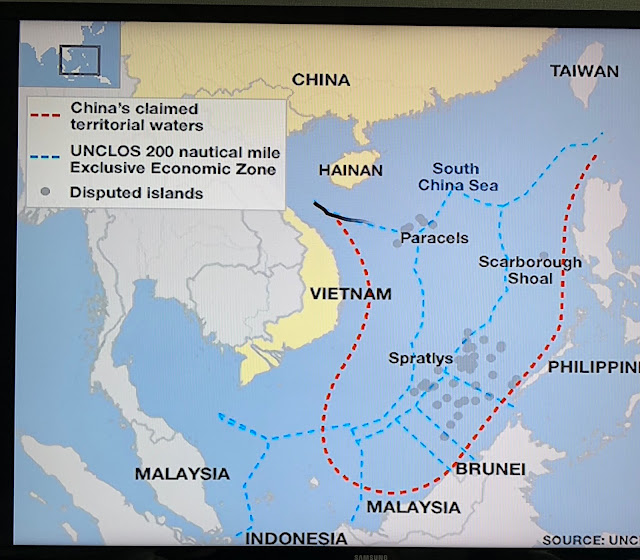 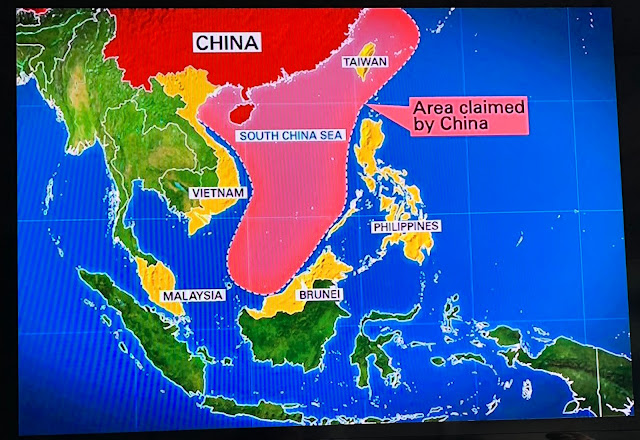 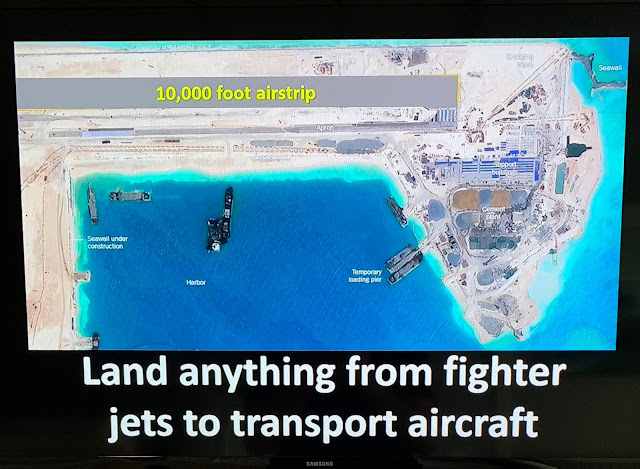 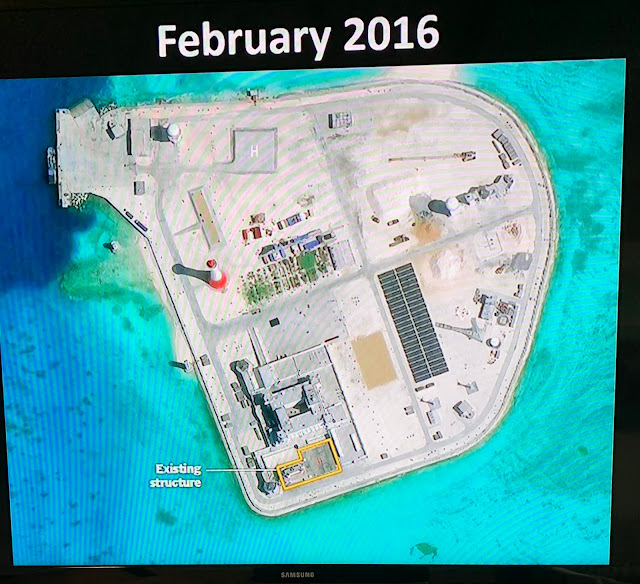 Island tht was expanded dramatically by Chinese.  Note the original small plot on lower left corner of photo above. 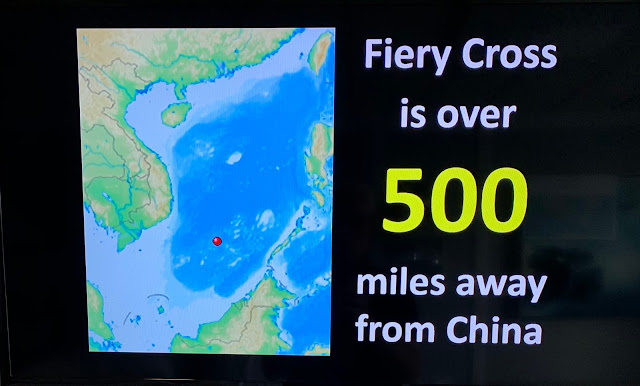 Interesting to learn that the four countries having the largest Catholic populations are former colonies where christianity was imposed on the residents. 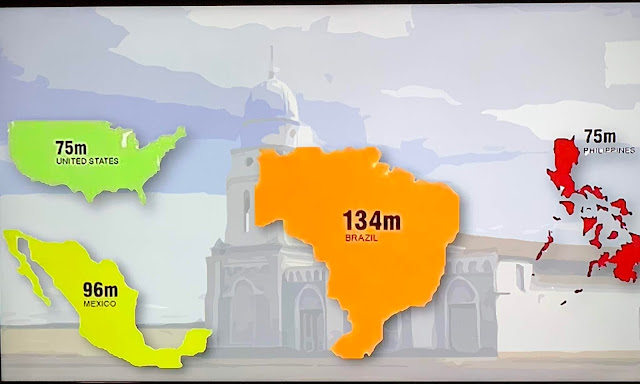