As our ship cruised toward our berth, the port of Benoa, Bali is the scene of frenetic
activity.  Ships, pleasure craft, jet skis, tugs, commercial boats,
local tour skiffs and para gliders all vying for space on the crowded waterways.
Off in the distance loomed large volcanoes and a huge statue that can be seem in
some of the photos.

Bali is a small island with a predominately Hindu population of 4.0 million, is
surrounded by about 248,000,000 Indonesians, who are predominately Muslim.
Bali is one of 34 provinces which makes up Indonesia.
Derived from Indian traditions, the Hindu practised in Bali is much more relaxed
with a moderate approach to the caste system, which is only a factor in religious
rituals.  There are no untouchable, members of  different castes can have any job,
can be poor or wealthy and can intermarry without a problem.

Visitors must be cognoscente of certain no-no's, like pointing the soles of your
feet as people, or touching anyone with your left hand, as it is traditionally used for
toilet activities. Crossing your arms in front or placing your hands on your hips
while talking is regarded as aggressive also.

Bali has moved to limit population growth through financial incentives, such as
giving the first two children free schooling and each one after that costs $5.00 per
month for schooling.  Their medical system costs $6.00 per month per family
member.

We experienced graft in real time today.  Stopped by a police roadblock, our
driver slipped a few bucks into the cop's hand along with his driver's licence to
avoid a long, exhaustive personal and vehicular inspection, .
Presto, we were waved through!  Seriously...… 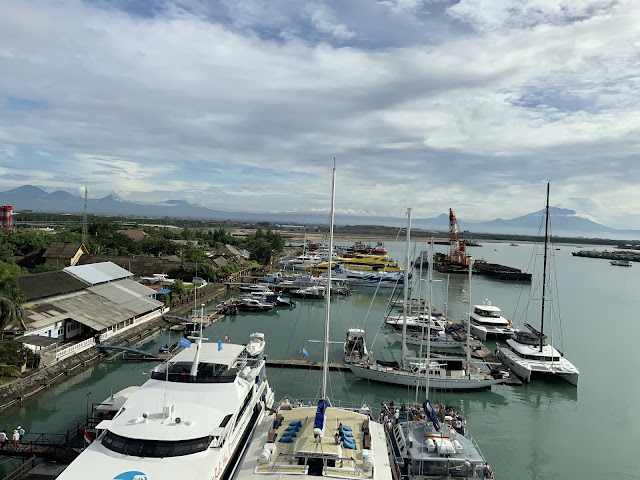 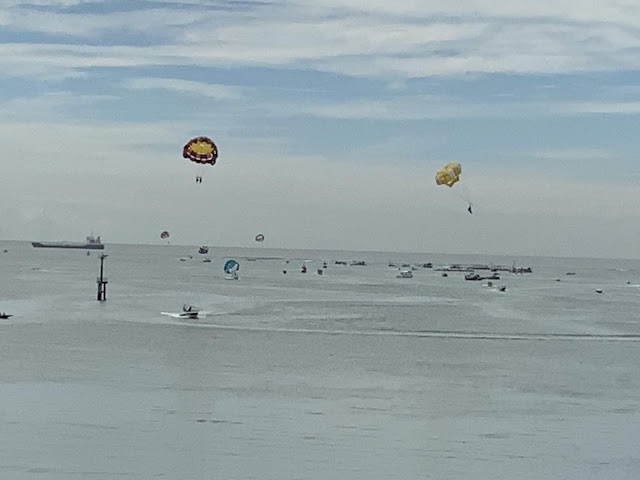 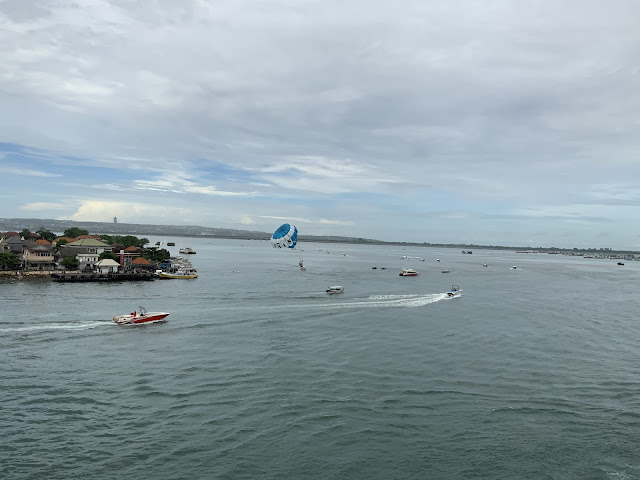 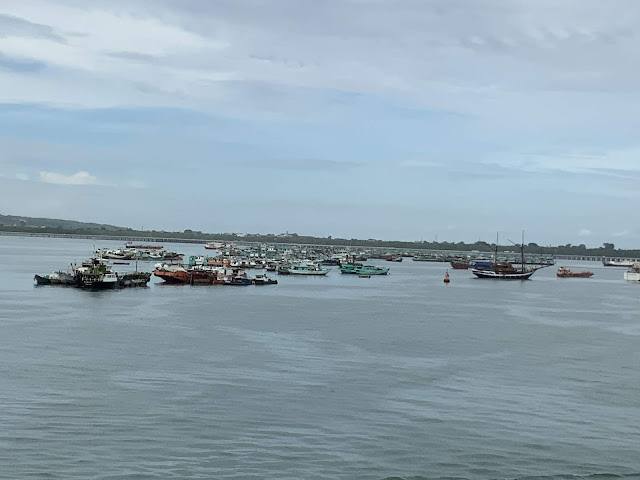 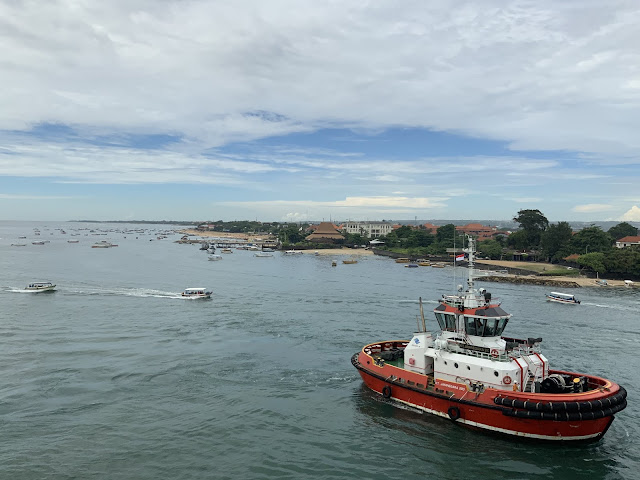 Greeting by locals at Port 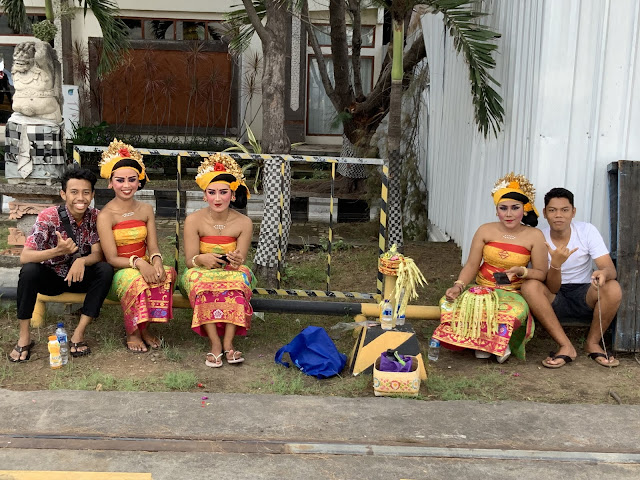 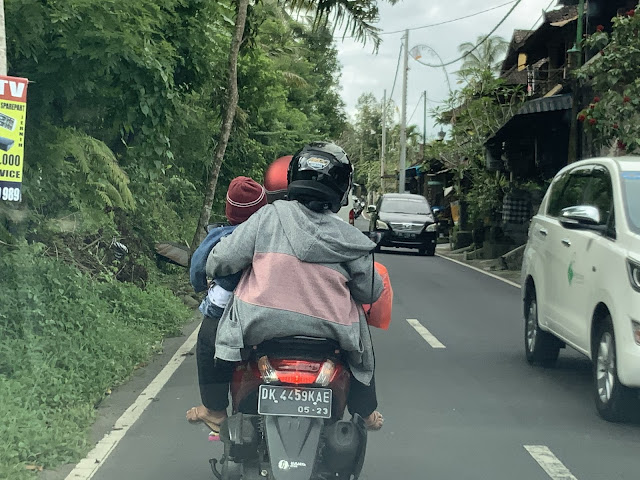 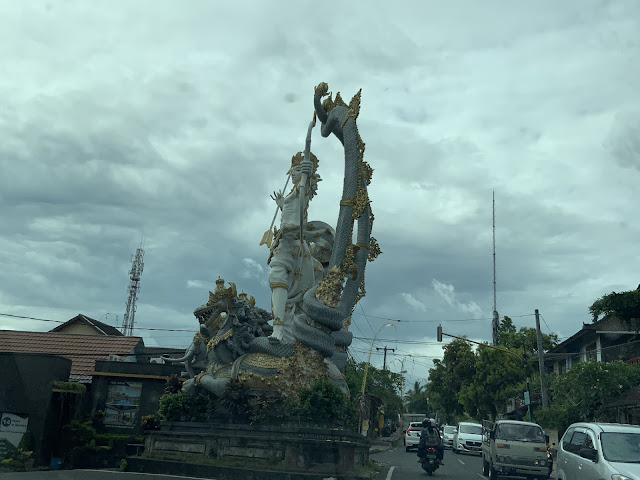 Civet cat, source of world's most expensive coffee.  Made from excreted coffee beans 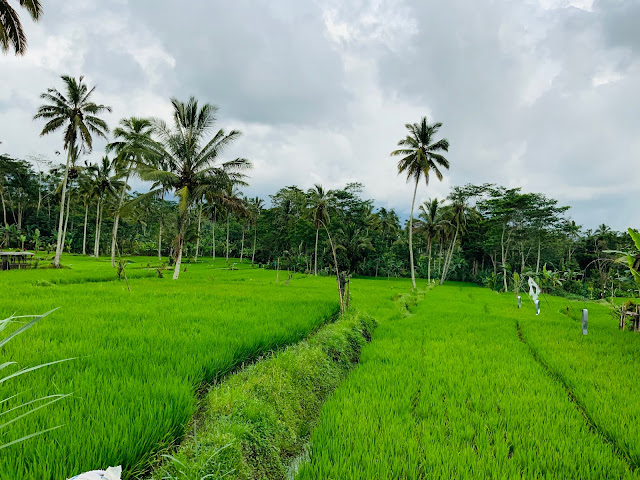 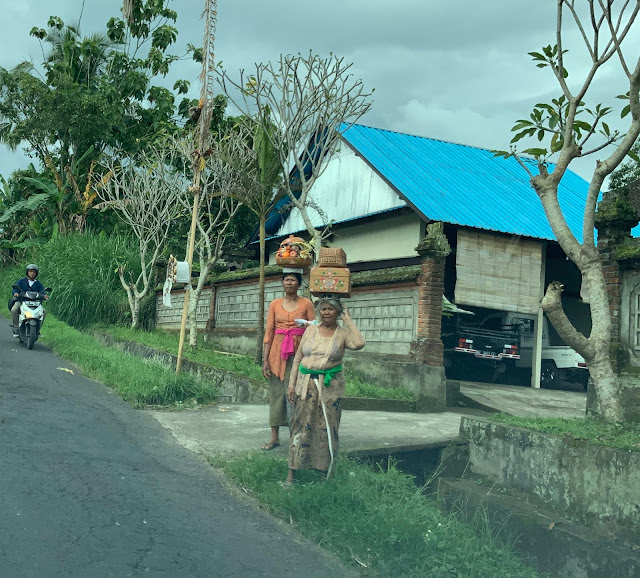 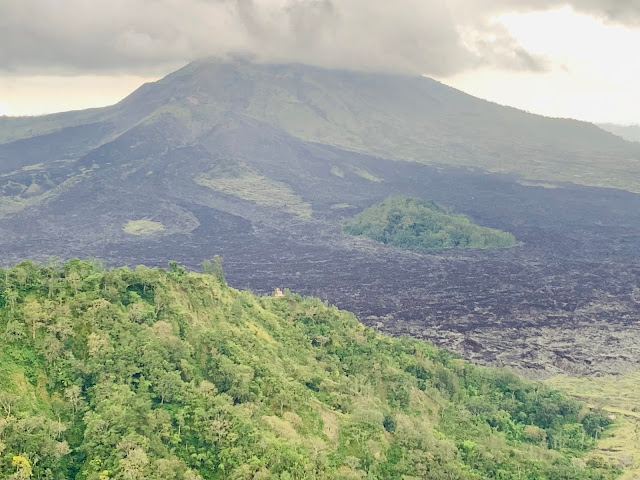 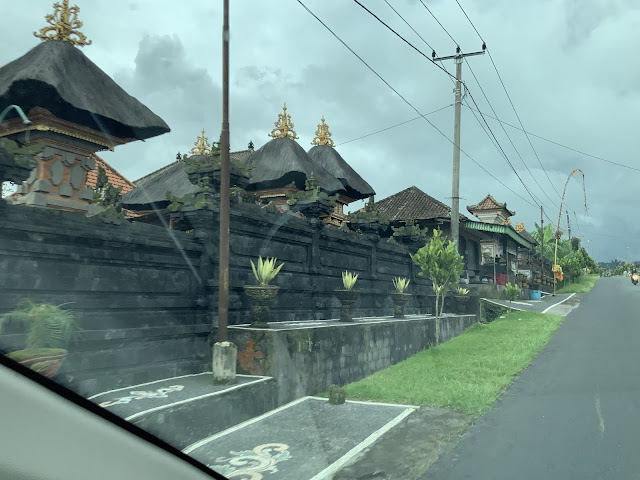 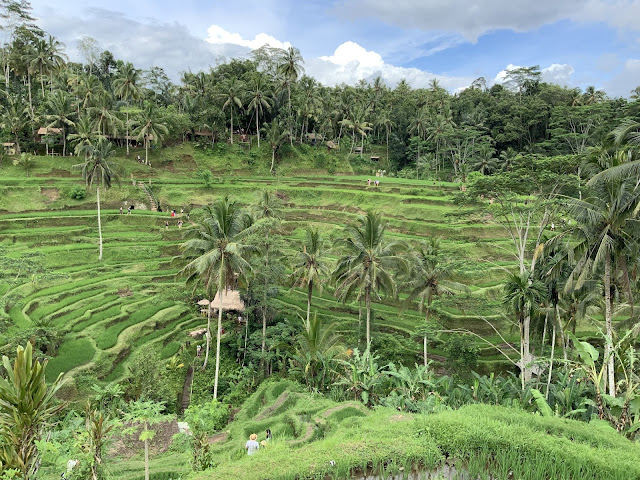 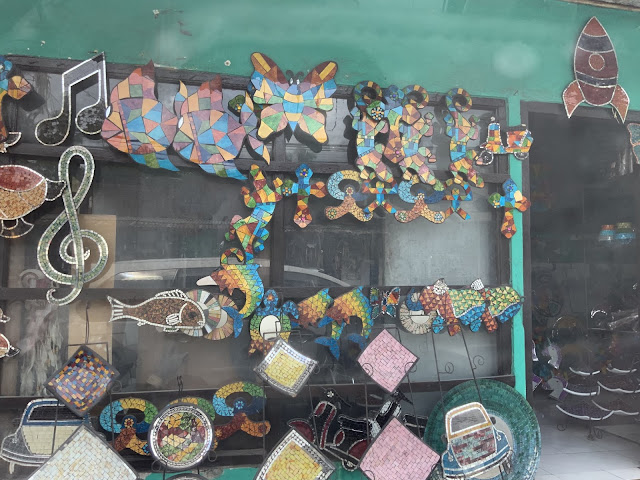 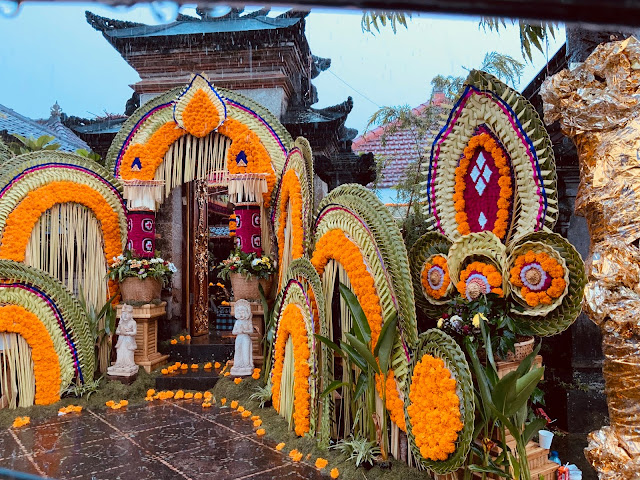 All Hindu homes have at least one shrine attached to the house.﻿ 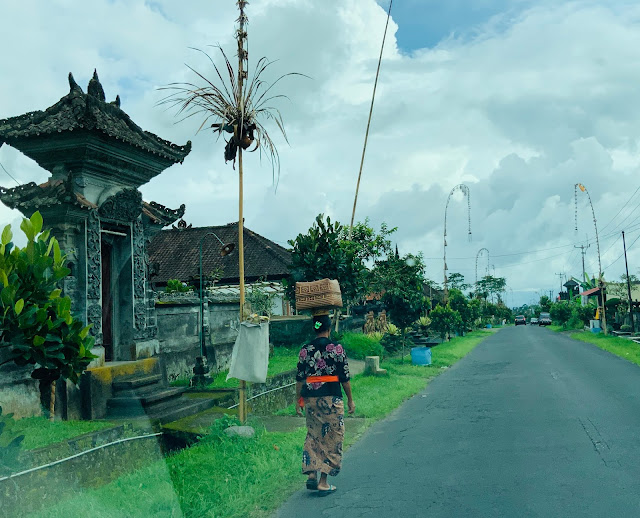 Torrential rain swamped the area as our day ended.  Water up to foot deep! 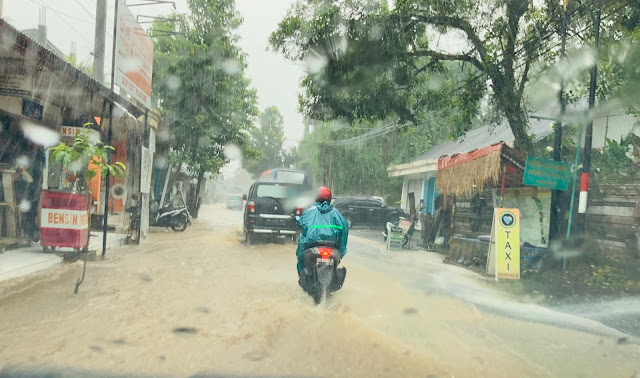 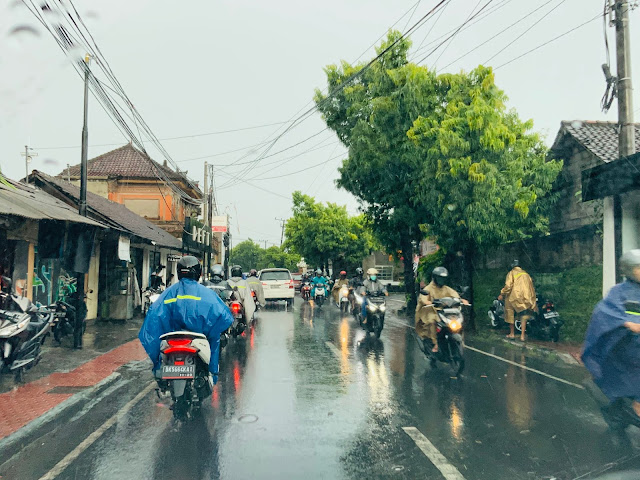 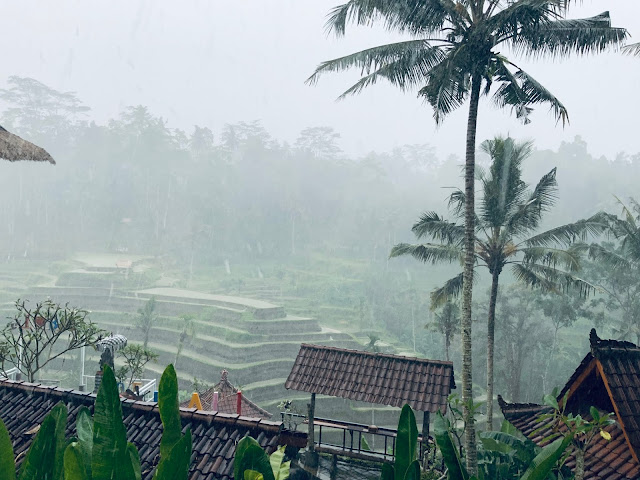 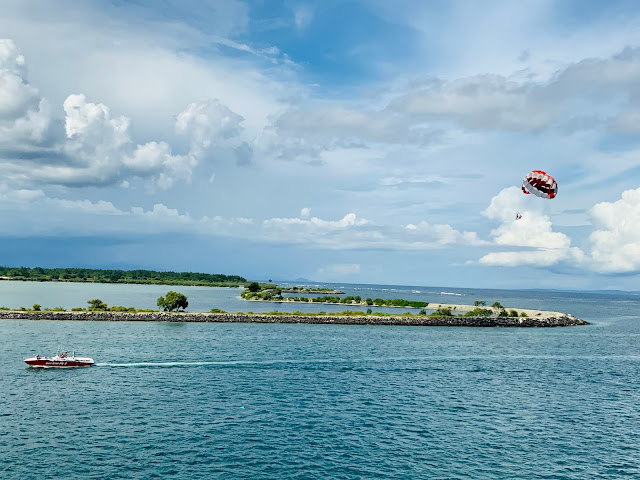