As we left New York, Merrilynne and I wondered if we should have ended our journey by skipping the 5 day extra leg to Bermuda.  Well, that would have been a BIG mistake!  Bermuda is a beautiful country, with numerous beaches, picturesque inlets, lush parks, well-maintained homes and lots of history.  Small to medium sized pleasure boats are every where, in every cove. We toured Crystal Caverns, Tobacco Bay, the Dockyards and toured the 50 km long island from one end to the other. Lawns, public areas, roadways and parks are well groomed.   People are very friendly, we never saw any homeless and graffiti is non-existent.

Living here is expensive with prices similar to NYC.  Cycling would be challenging as no dedicated bike lanes nor road shoulders exist.

Our little ship slipped into St. George's Harbour through the narrow passage, while the big ships are relegated to deep sea moorage at the Heritage and King's Wharfs, 50 km away. 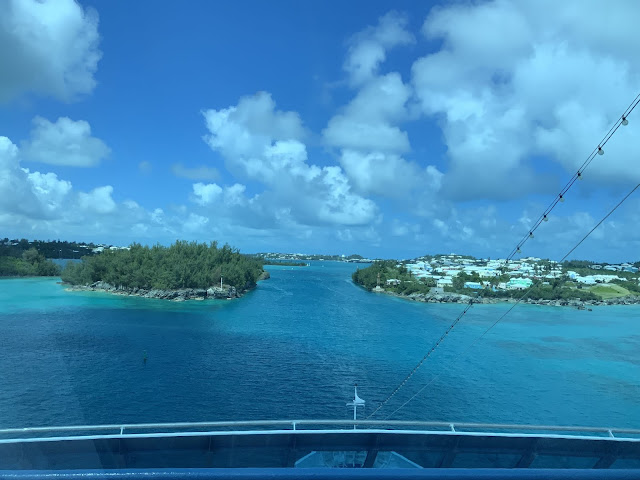 Shoreline as we enter St. George's Harbour.  Ship had a few metres to spare on each side. 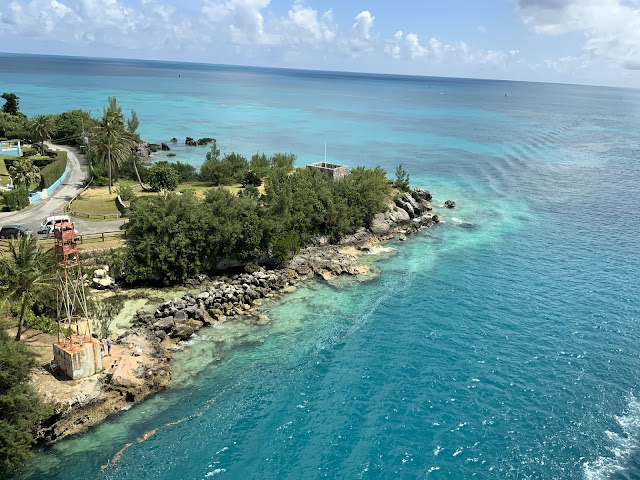 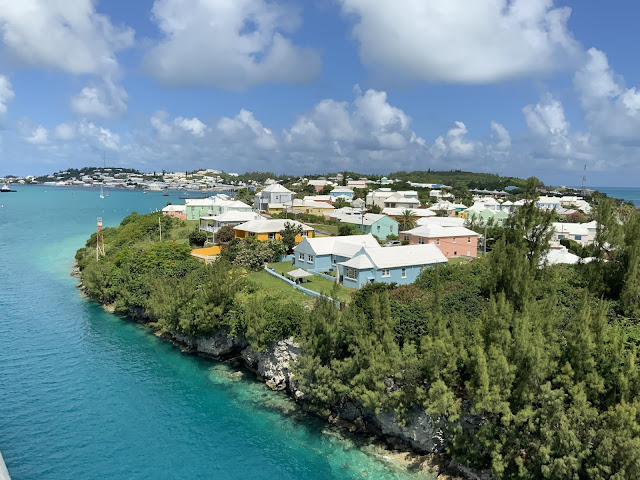 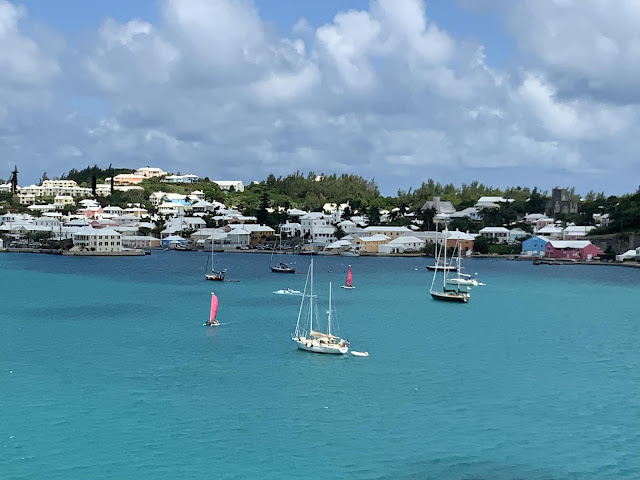 King's Wharf, a two hour public bus ride from our great location in St. George's, by the Dockyard. 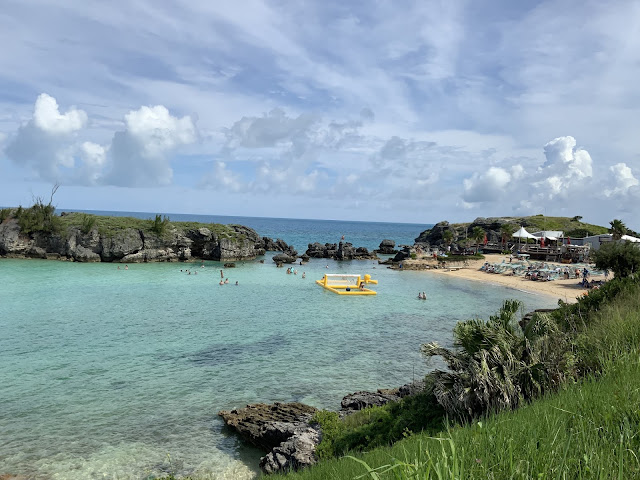 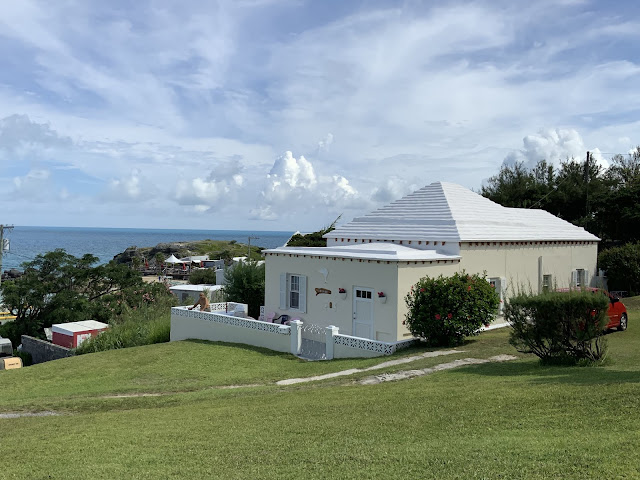 On the walk to Tobacco Bay 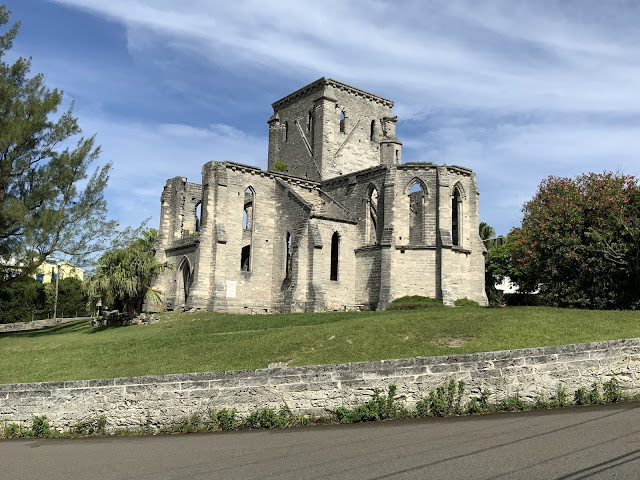 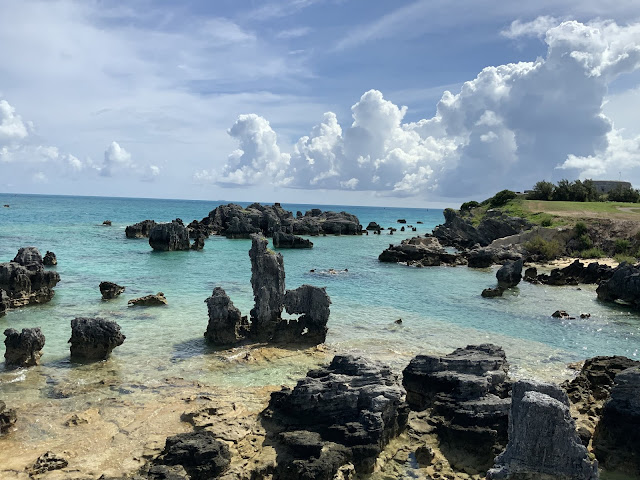 Large ships moored on the other end of the island, as viewed from Tobacco Bay 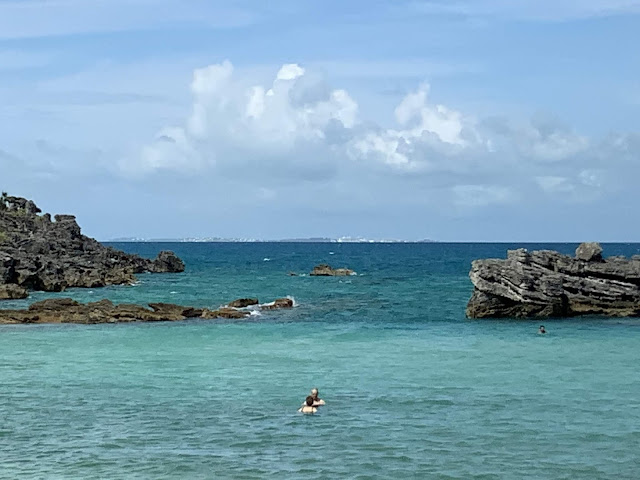 Walkway into the caverns 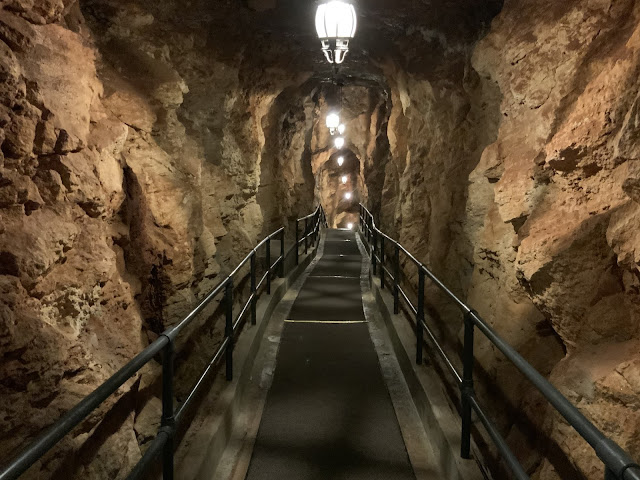 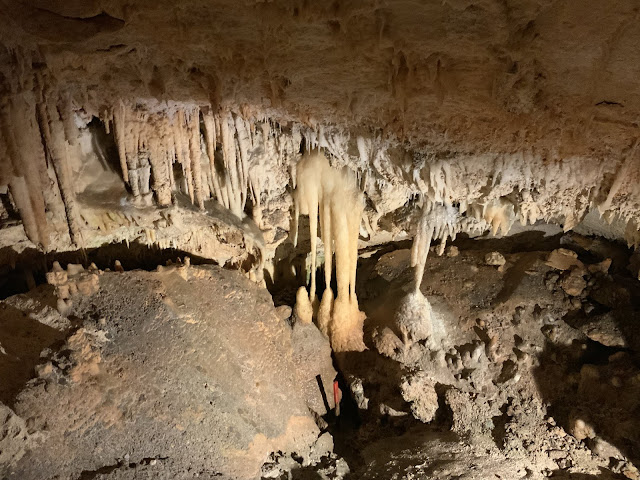 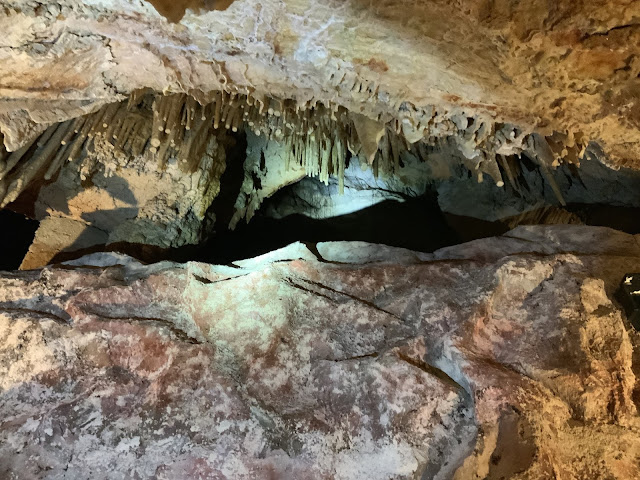 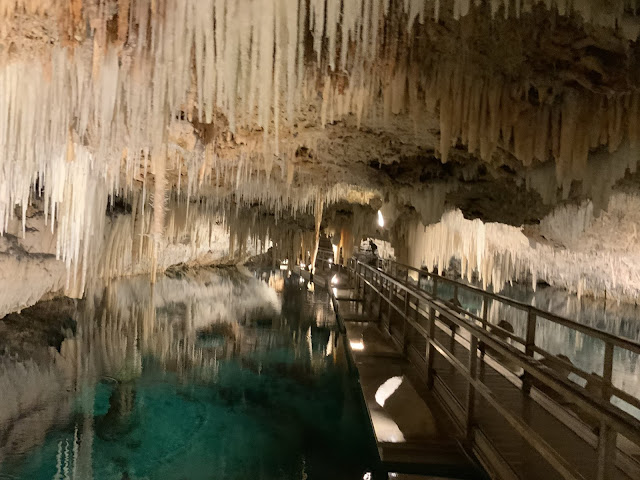 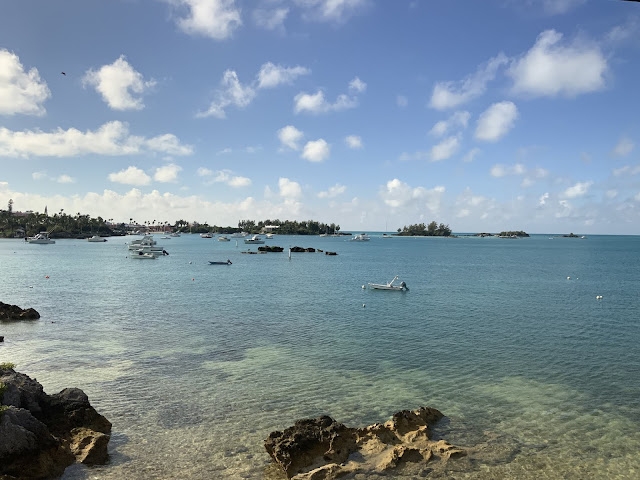 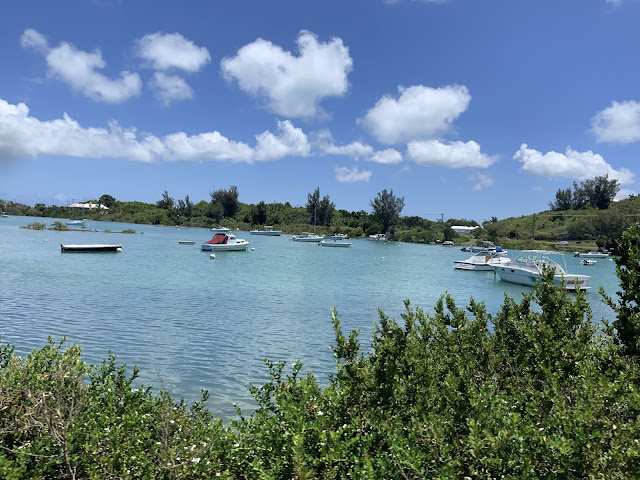 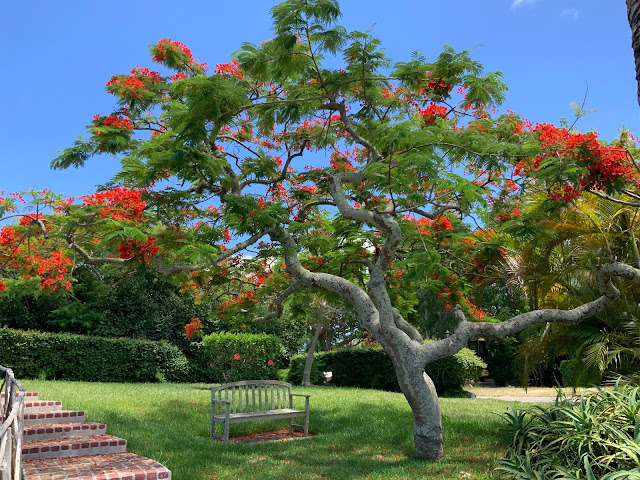 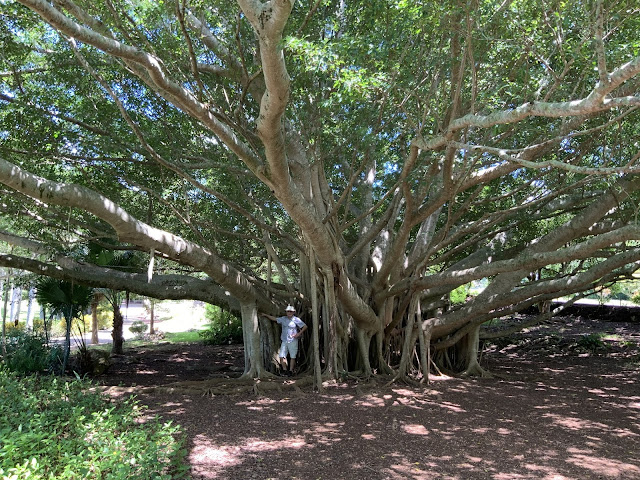 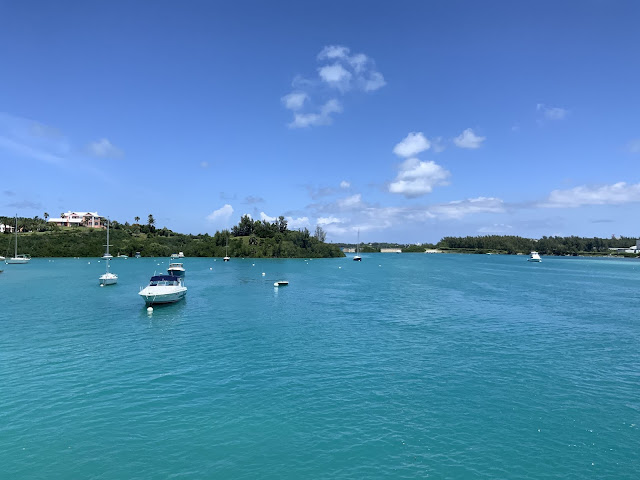 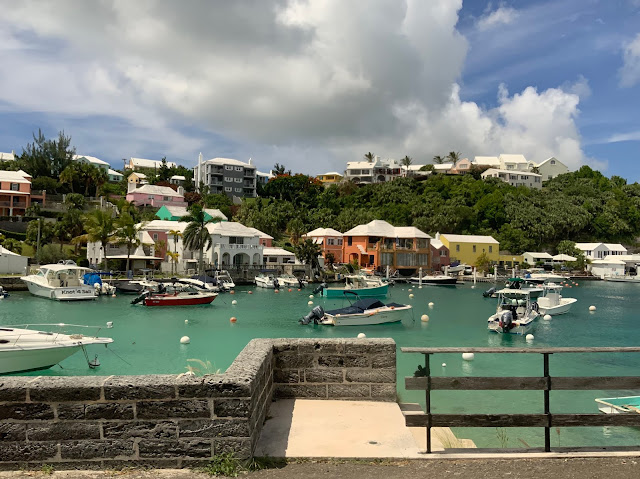 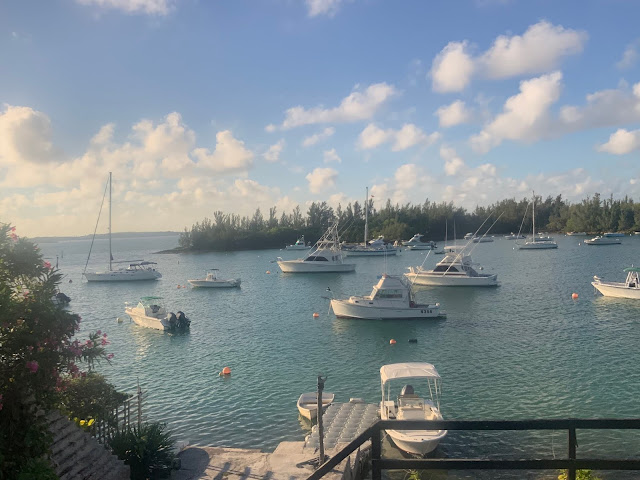 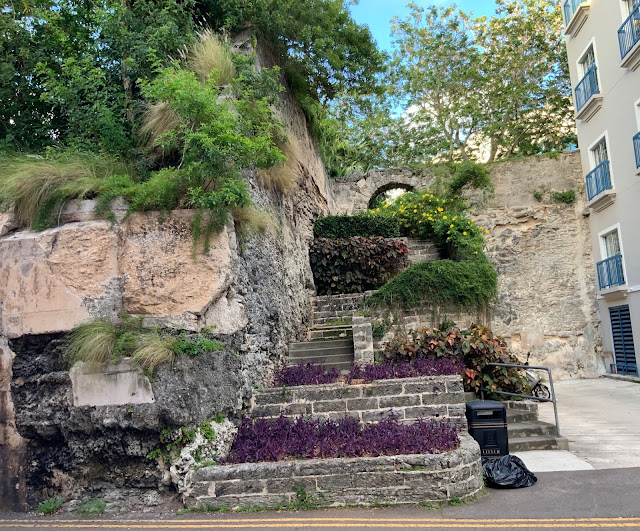 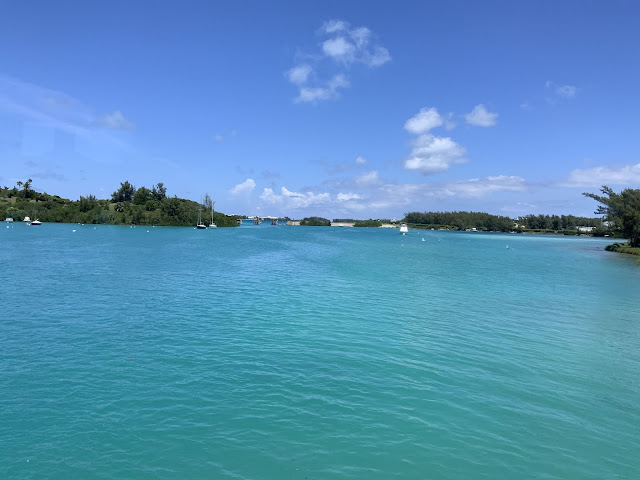