Sunny day in Liverpool.  Temperatures in the low 70’s.  A slight sun burn snuck up on us today!  Go figure, after avoiding one all through the topics and deserts!

We spent the day walking around the Liverpool Maritime Mercantile City which includes the Pier Head, Albert Dock, William Brown Street and the numerous 'free' museums.  Liverpool was labelled the "World Capital City of Pop" by the Guinness people, through influences of many rock groups from the Mersey beat era, including the Beatles.

We experienced a heart warming interaction today. A credit card let us down while attempting to pay for a few lunch items, but a lady who had observed the interchange walked up and paid the bill.  After she left, we asked the clerk if he knew her name, and he did.  She happened to work in another department in this big store.  After asking to see her manager, the General Manager appeared, so we were able to relate the wonderful story about one of his employees.  She was 'paying it forward'!

Liverpool has a long maritime history dating back hundreds of years.  Much of Liverpool's wealth came from its roll as a major port in the transatlantic slave trade from 1700 to 1807, when it was abolished. It actually overtook Bristol and London slave trading in 1750.

Quarrymen band was formed here in 1956.

My Dad emigrated from Coventry to Canada, via Liverpool. in 1928, leaving 11 siblings and his parents behind.  He only returned to England once, to visit his ailing mother in 1947.

Huge shopping area near the ship docks in called Liverpool One.  Spent time listening to street entertainers and just hanging out.  Cavern Club was in this area.

Toured the 'Slavery Museum', a place to reflect on a terrible era in our history!

Approximately 20% of UK's electrical power is generated by wind, from 10,000 turbines. Note the following photos and blue skies!


Mersey Ferry terminal across the river from our dock 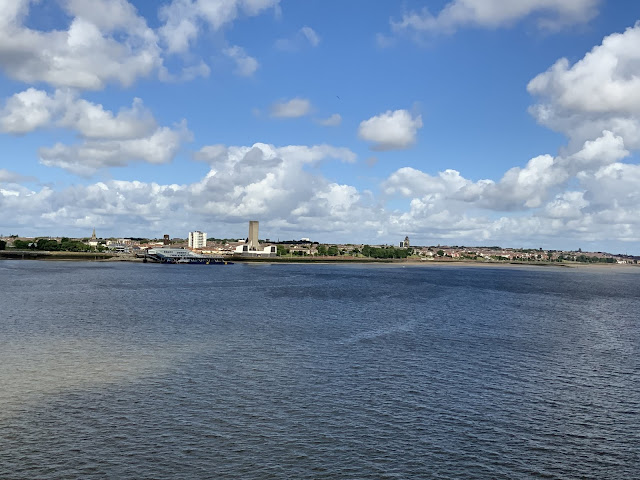 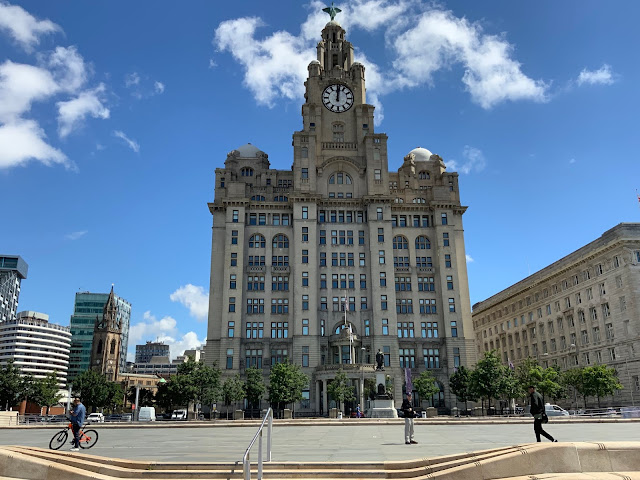 Development in area.  Used to be terribly run down. 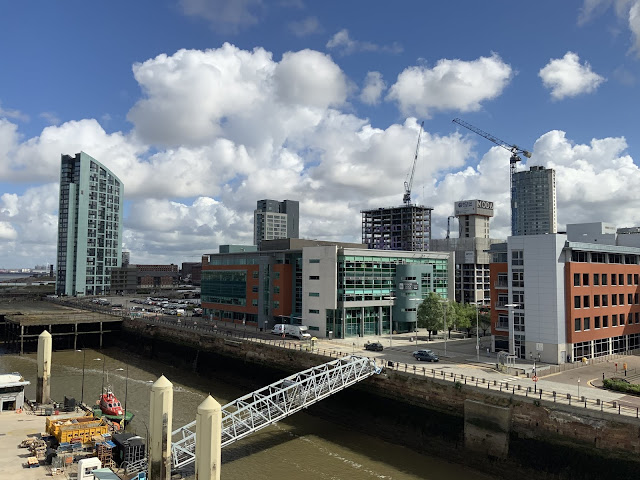 Ferry across the Mersey! 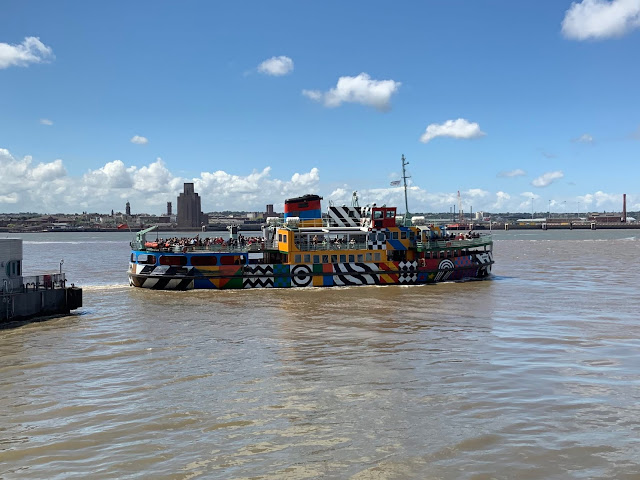 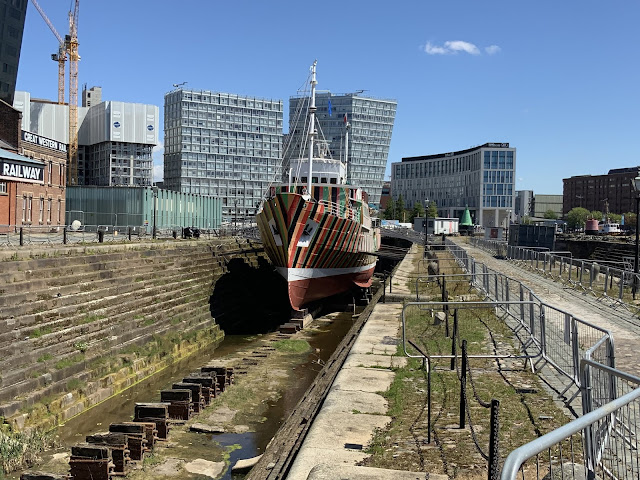 Edward the VII, for you Royal Watchers 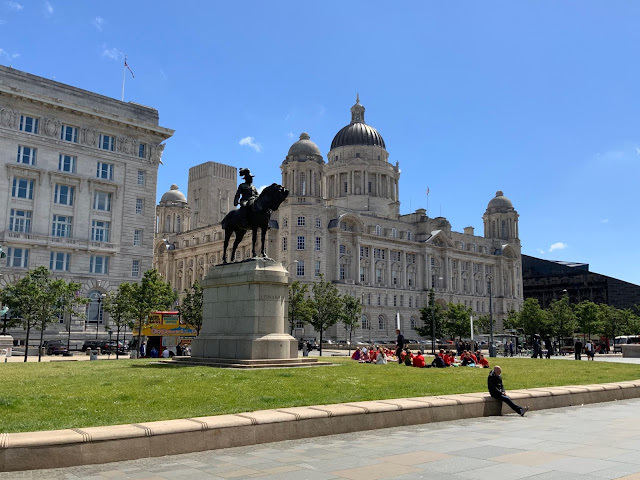 Commercial district by the Wharf area. 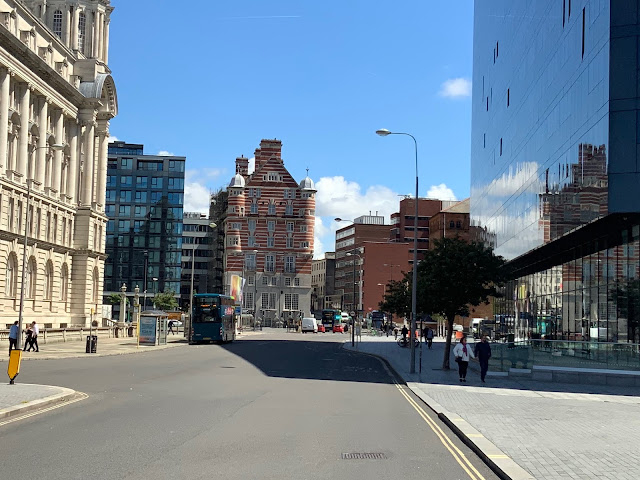 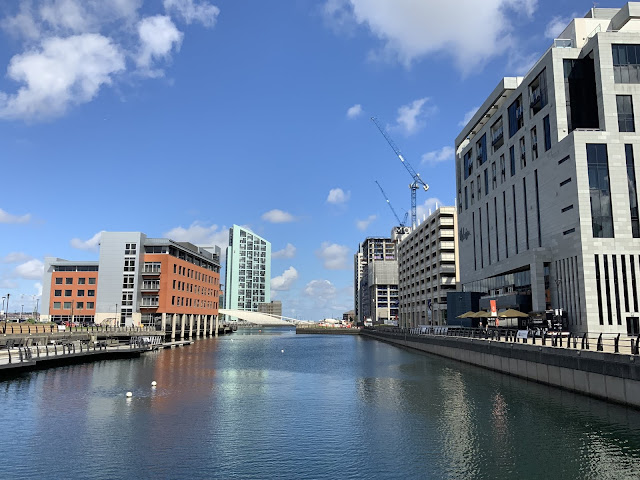 Liver Building is the most famous building in Liverpool. Liver birds command the domes as symbol's of good luck. 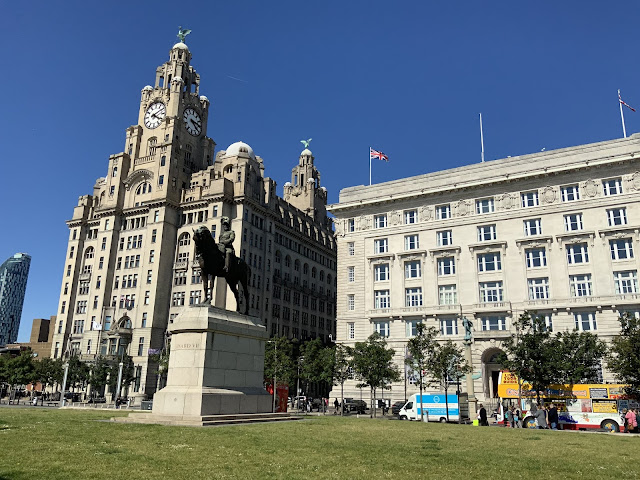 Historical buildings in the Wharf area.  This was the power house 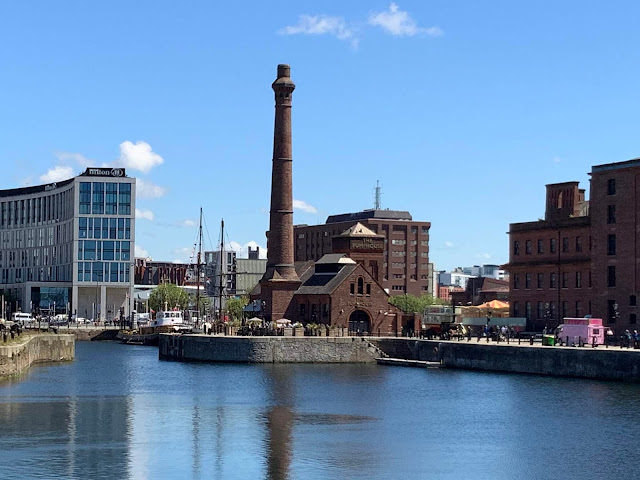 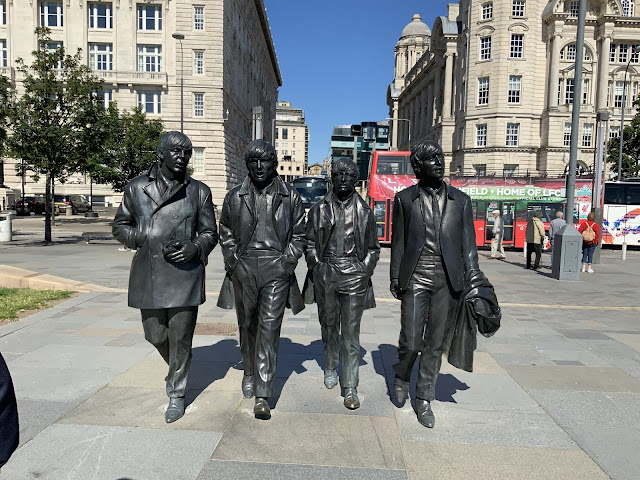 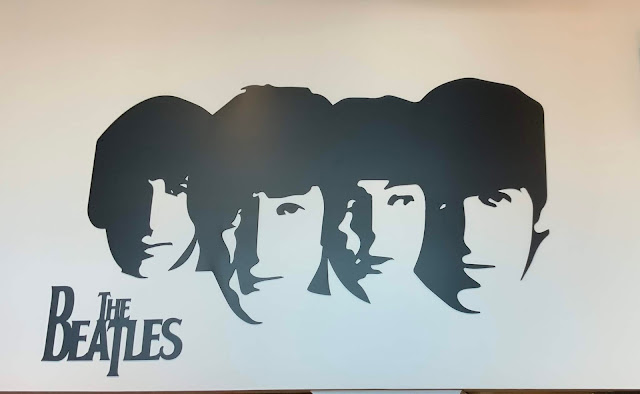 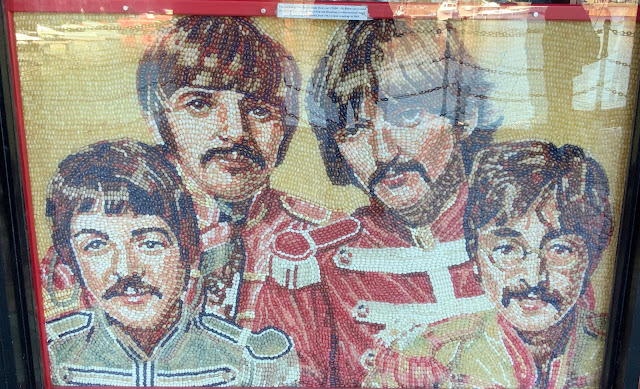 Memorial to the 'Engine Men" who perished on the Titanic and recognition was later expanded to include engine men from other disasters and the Second WW.  Damage from shrapnel is visible on the structure. 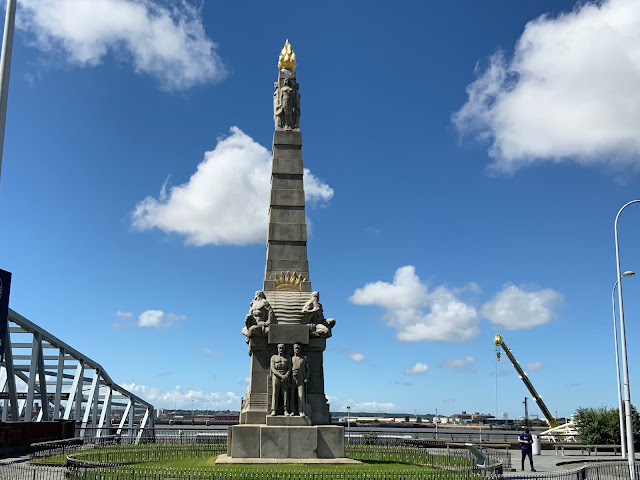 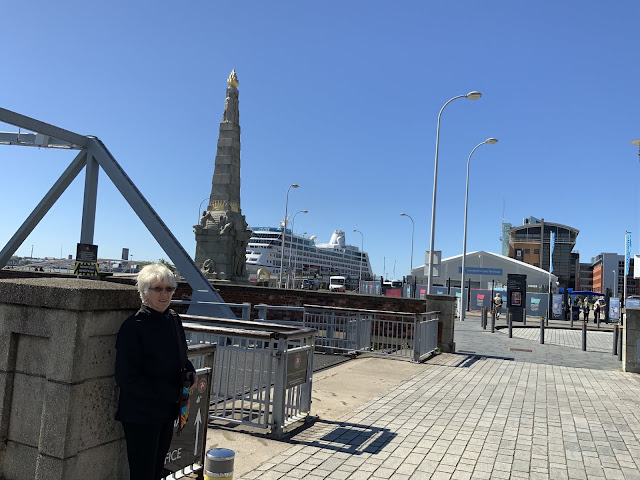 Another view by the ship 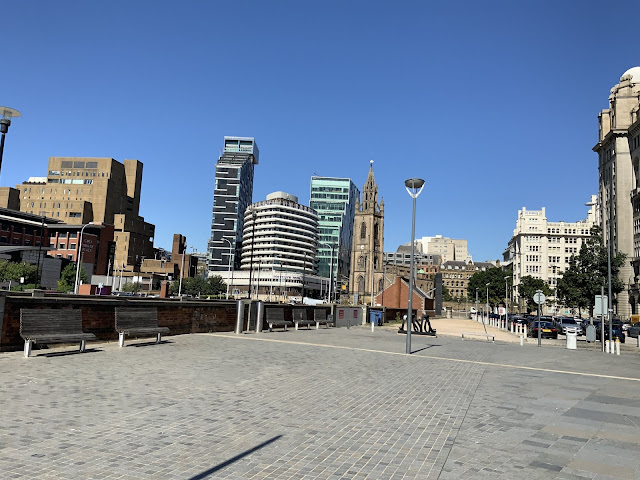 Street to the Cavern 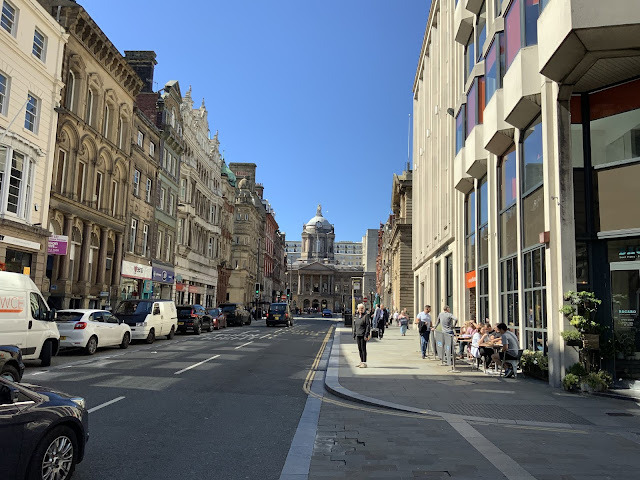 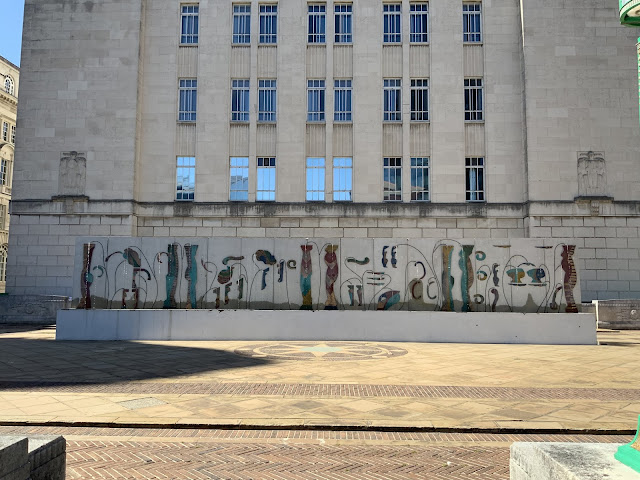 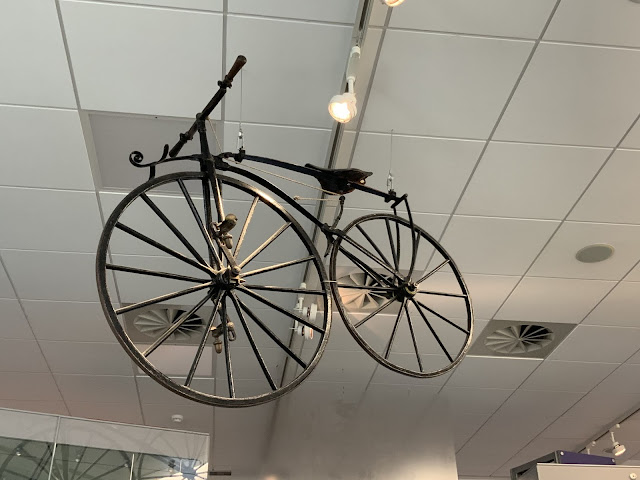 Derby Square and a statue of Queen Victoria 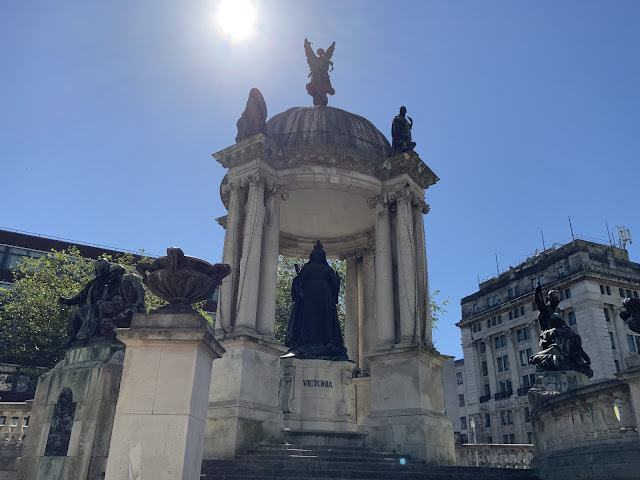 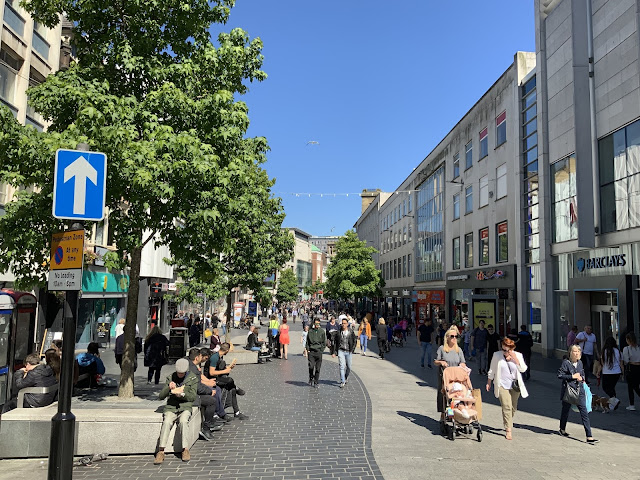 Hundreds of Turbines line the route out of Liverpool.  Note the blue skies! 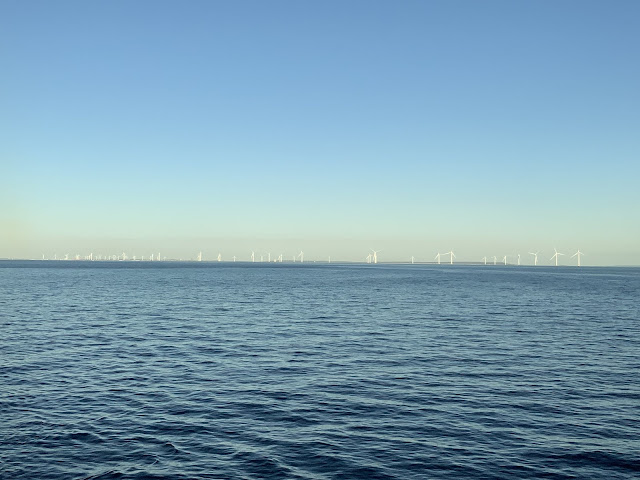 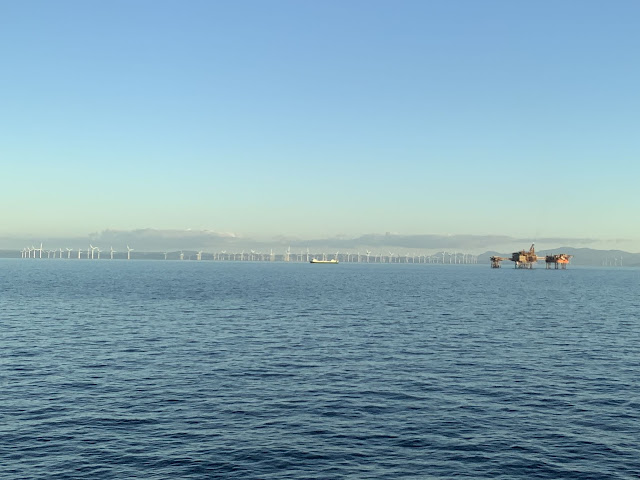