As were cruised into Southampton under cloudy skies, it appeared that our great weather record may be ended.  Luckily, we got through our excursion to Salisbury town, Salisbury Cathedral and Stonehenge rain-free, with temperatures in the low 60s.

Salisbury Cathedral has the tallest spire in Great Britain at 494 feet. This magnificent church was built in just 38 years, between 1220 and 1258 AD, and is only used for special occasions.  The best copy  of the four remaining original Magna Carta is displayed in the church.

Salisbury was the home of England's legendary Spitfire, which first flew in 1936.

After William the Conqueror won the Battle of Hastings in 1066, he established a 200 square mile hunting reserve for his personal use.  Our tour included a drive through this area which is now the New Forest National Park.

Last stop was Stonehenge, a mysterious configuration of large stones that was built over a 2000 year period from 3500 BC.  No concrete reason can be specified for the monument, but numerous burial sites spanning a 6 mile diameter around the main site have been found.  Stones were moved up to 150 miles and many of the 30 tonners were moved 20 miles to this site. Historians attributed the installation to Druids, but modern science and archeology as proven that this site predates the Druids by hundreds of years.  Makes for a wild party / celebration every summer solstice.  Darn, we missed it by a day....Not!

Ancient Roman wall (about 50 AD)in Salisbury, outside the Port. 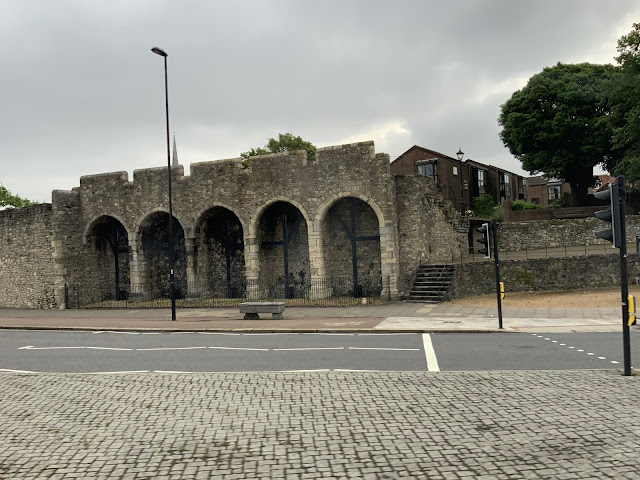 More of the Roman wall with some later modifications. 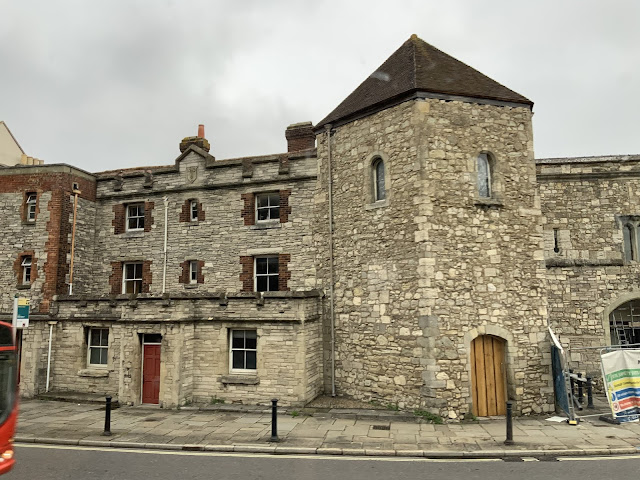 Interesting an old raven patiently greeting visitors to Stonehenge.  Maybe he is an angry, reincarnated Druid who is frustrated because credit for Stonehenge has been taken away from his fraternity?  My second most favourite picture of the site, after Merrilynne!  Look at his attitude! 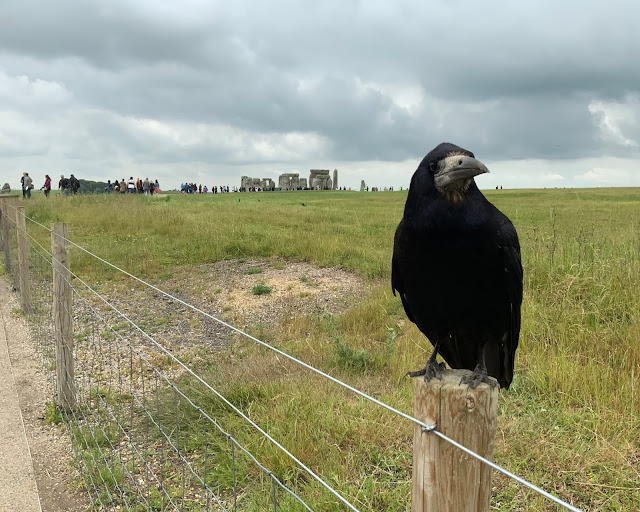 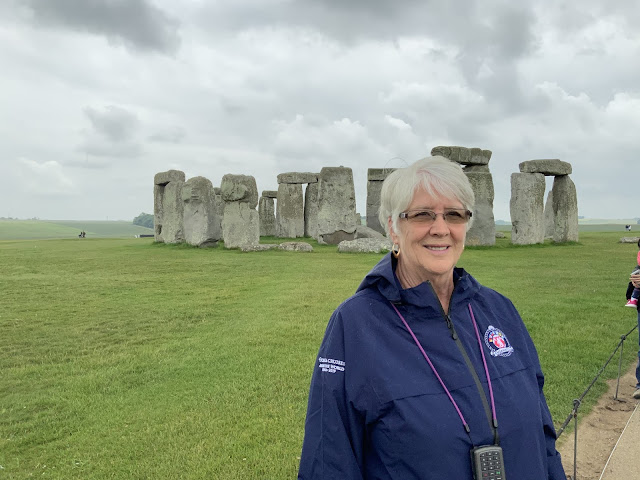 Bet the Stonehenge builders are laughing at all the goofballs coming to look at their pile of rocks. 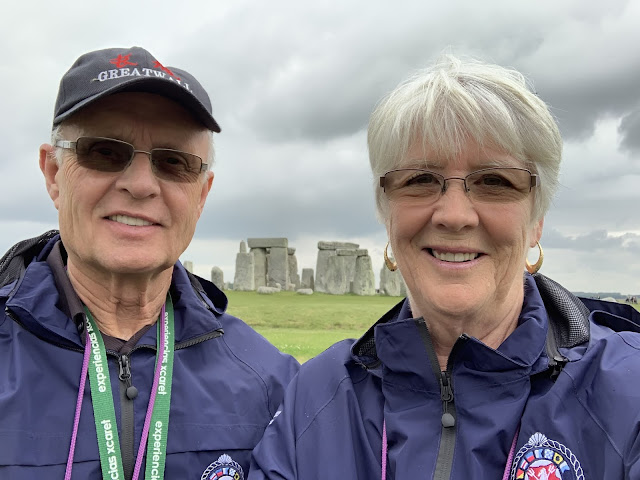 Another view - still the same rocks! 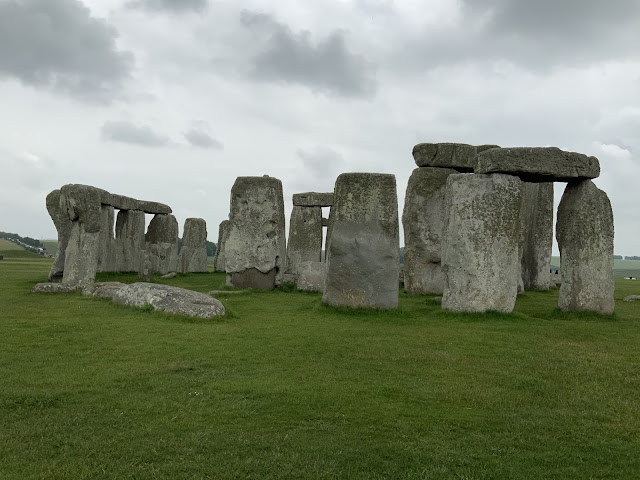 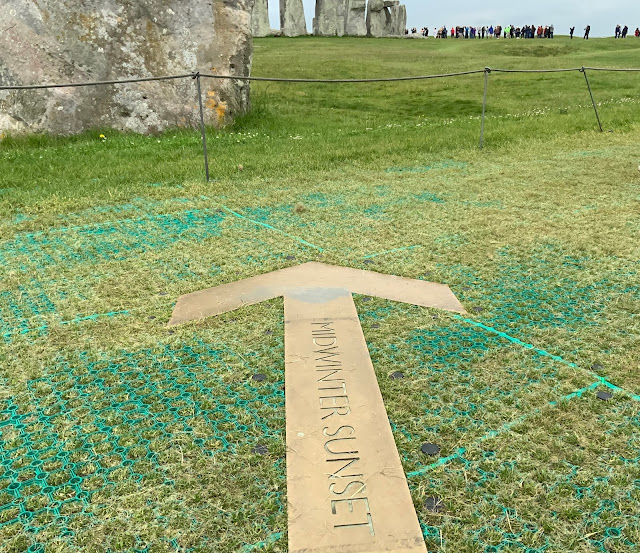 Replica of  one of the 30 ton stones used in Stonehenge 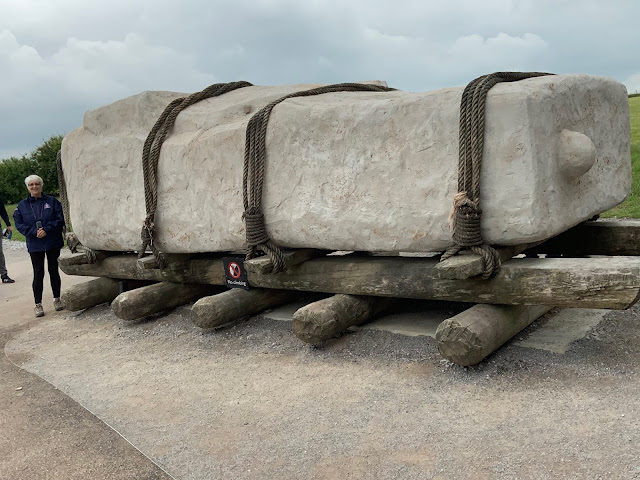 Traditional thatched roofs. Construction method not used much anymore because the 'Thatchers" went into politics.............. 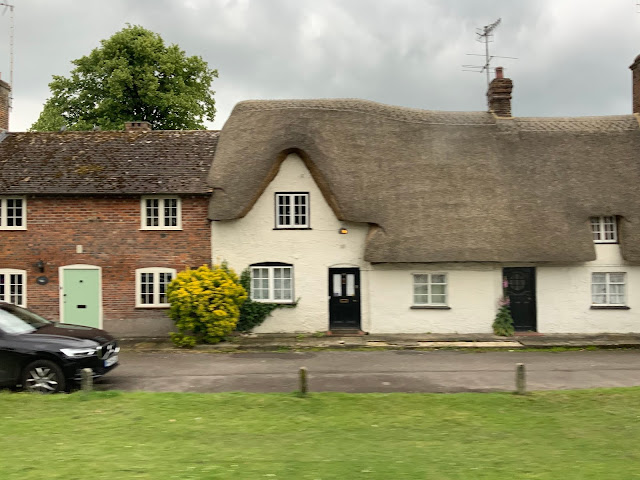 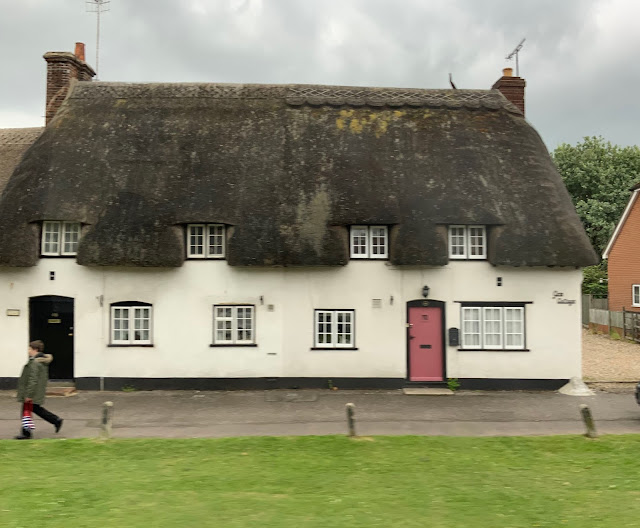 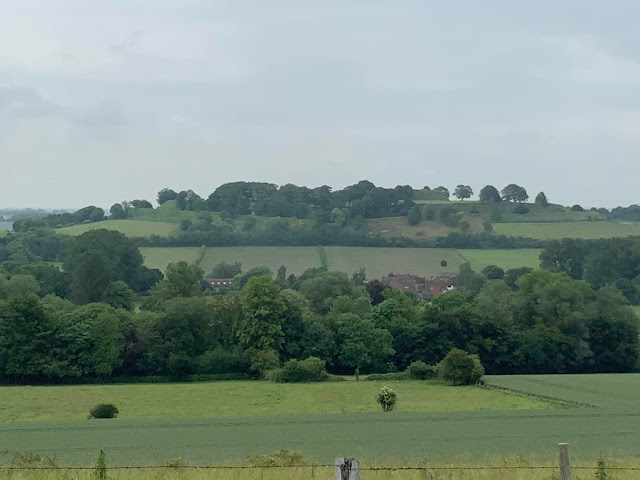 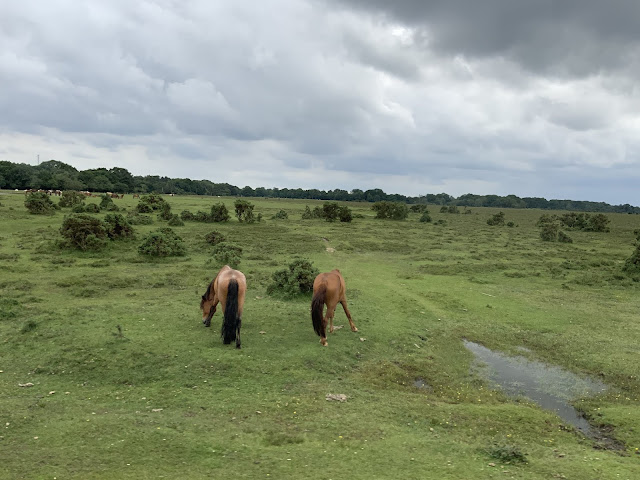 Countryside on the way to Salisbury 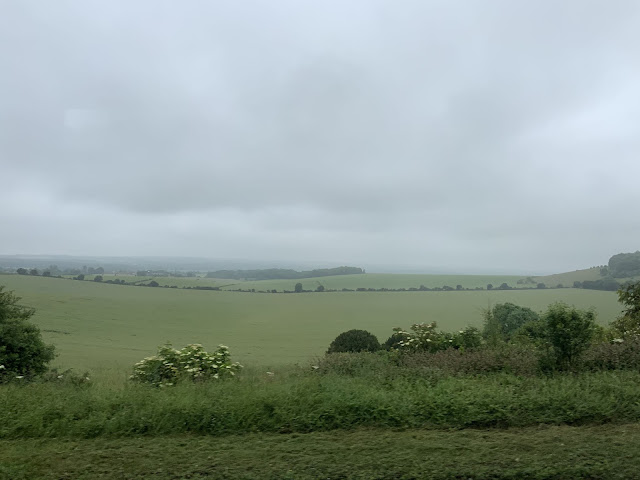 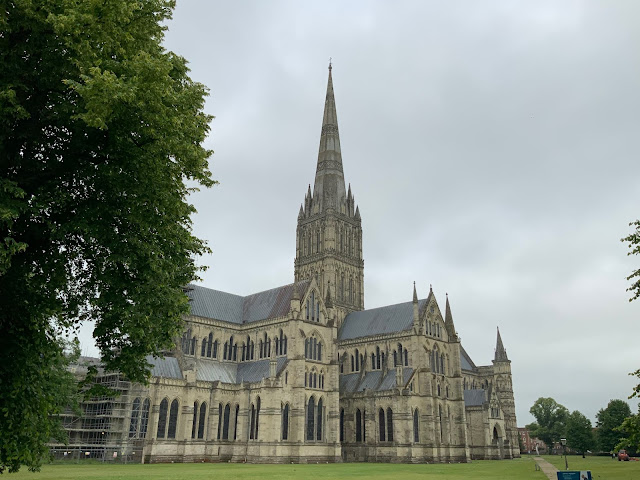 One of the halls inside the Cathedral 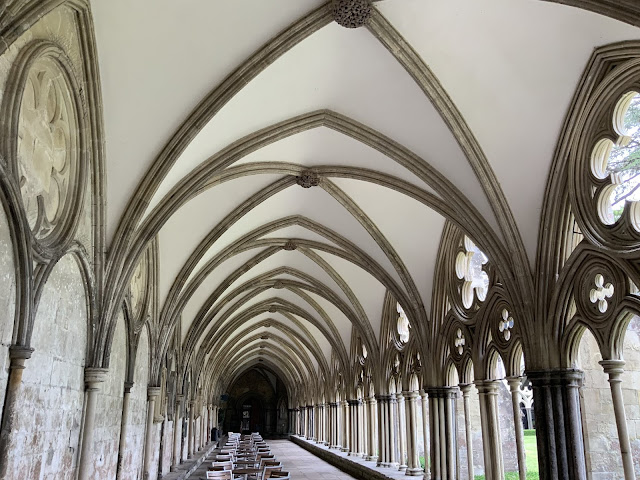 West front of the Salisbury Cathedral 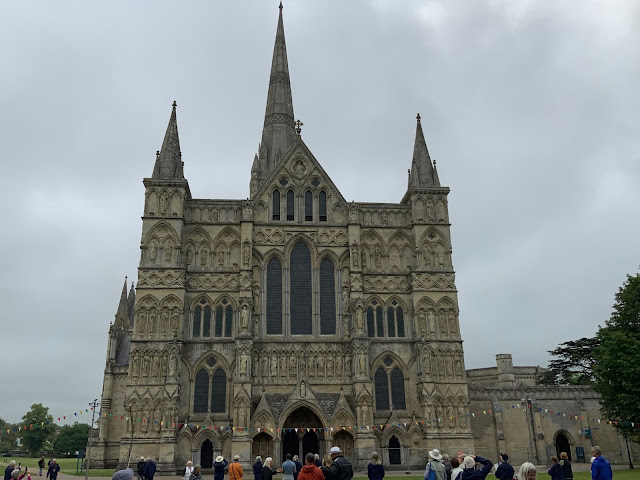 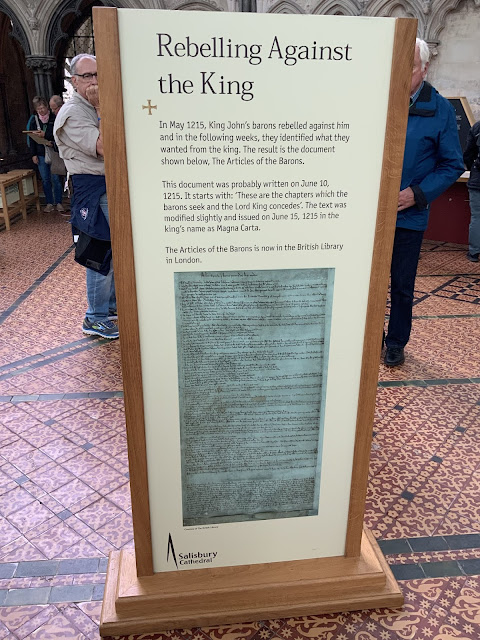 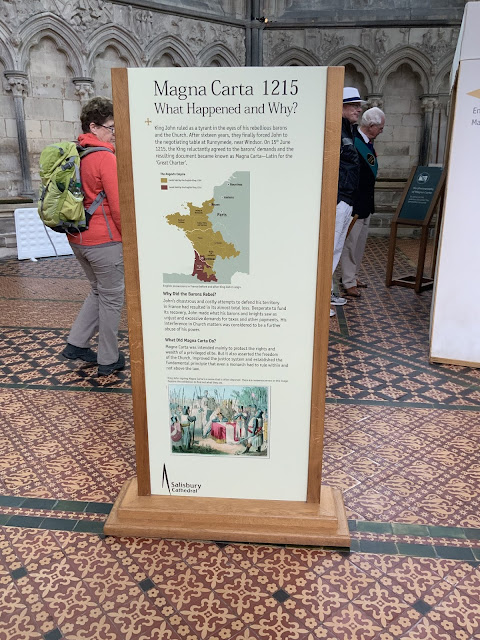 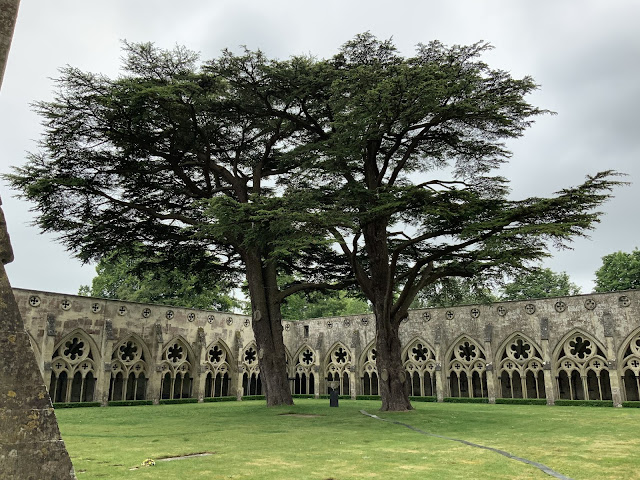 Ann, Merrilynne and Barb ready for the impending rain as we leave the Cathedral area. 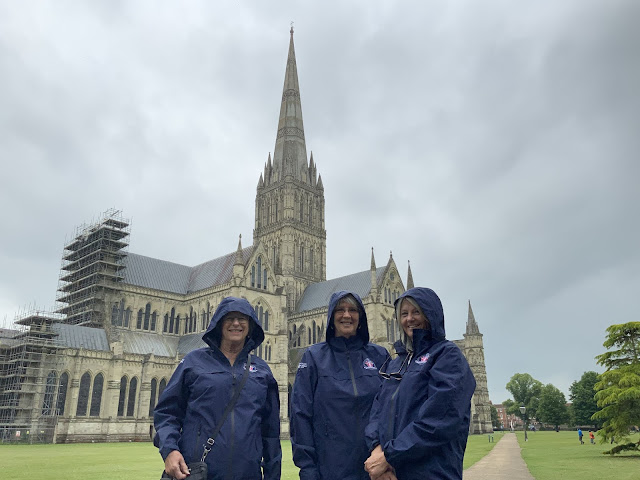 Various views of the town of Salisbury 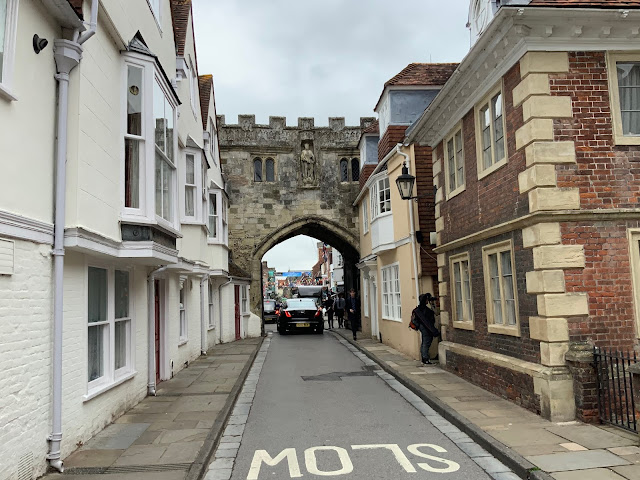 No one would stay and listen! 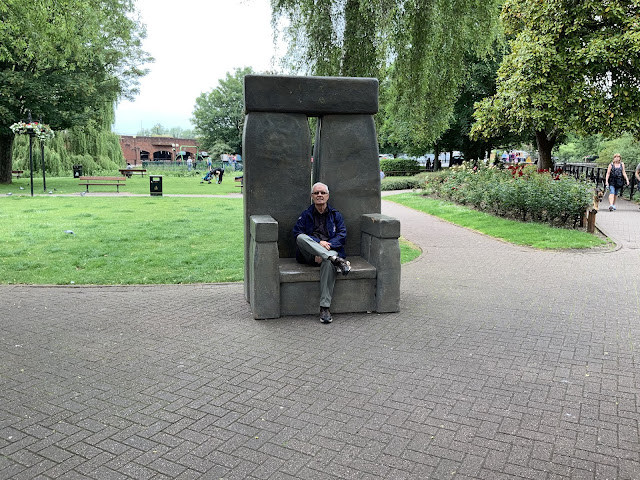 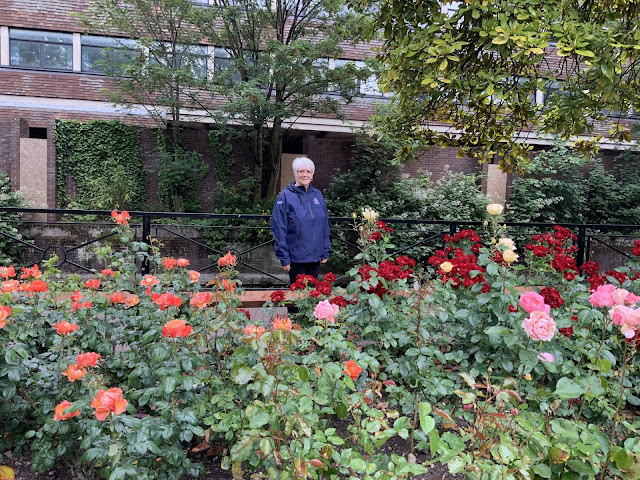 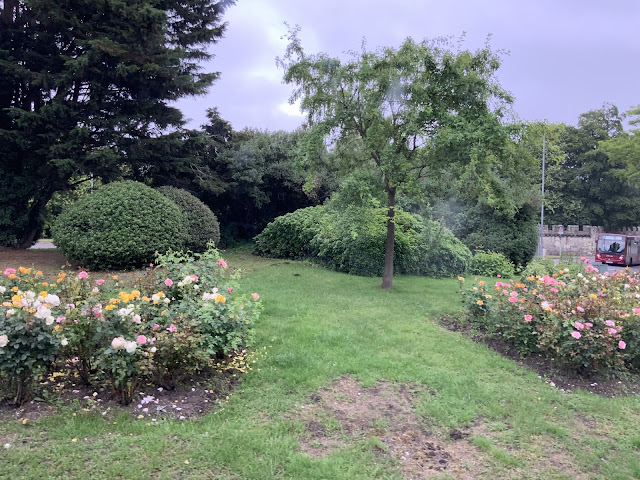