We met Dick and Marianne Duffley, Nanoose Bay, (Near Victoria) and soon discovered we have many mutual acquaintances!

Roger gave an interesting account on the Great White Fleet's circumnavigation of the world between Dec., 1907 and Feb.,1909.  America won the Spanish American war of 1898 with resulting control of former Spanish possessions in the Pacific, so the USA needed to assert its growing presence in the world.  Teddy Roosevelt directed the Navy to cruise the world with 16 destroyers painted white, to show they were joining the major navies in strength.  By the way, it was necessary to use British support ports for the 43,000 mile cruise, so to improve operational independence,  four support ships were built, including the Cyclops. This ship disappeared in the Bermuda Triangle without a trace.
Roosevelt - "Speak softly and carry a big stick." 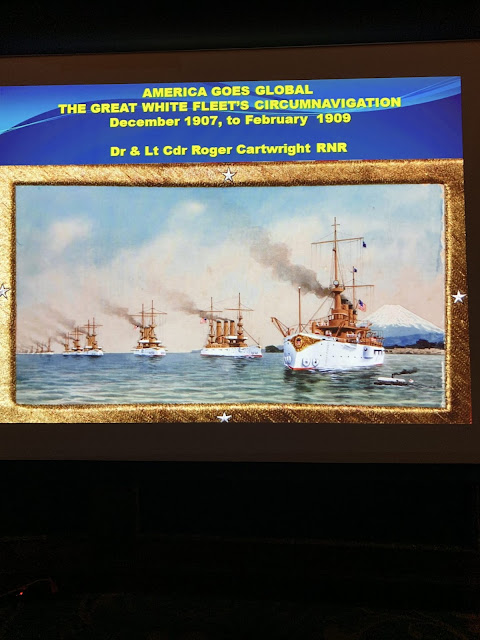 Sunday brunch was special, as demonstrated by the following photos.  Our evening was kicked off by an Oceania Club cocktail party with another feast! Evenings entertainment was an accomplished singer from Australia named Karen Beckett. 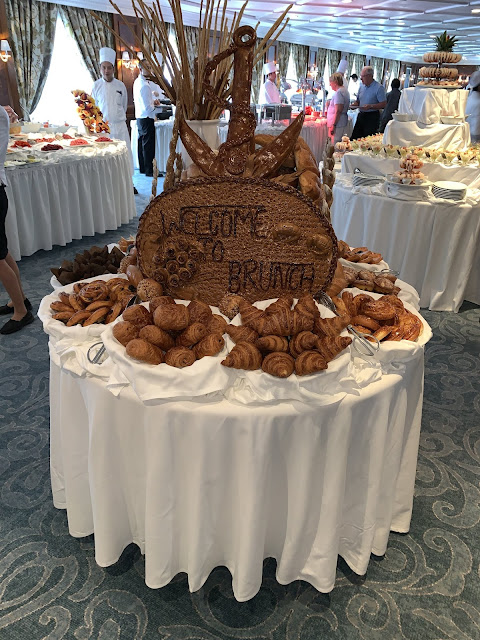 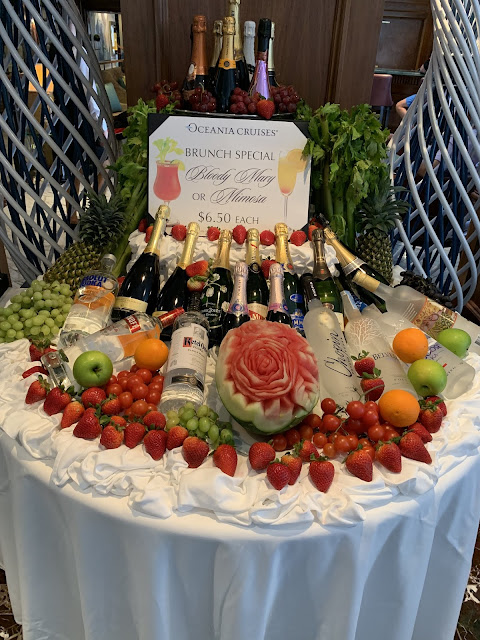 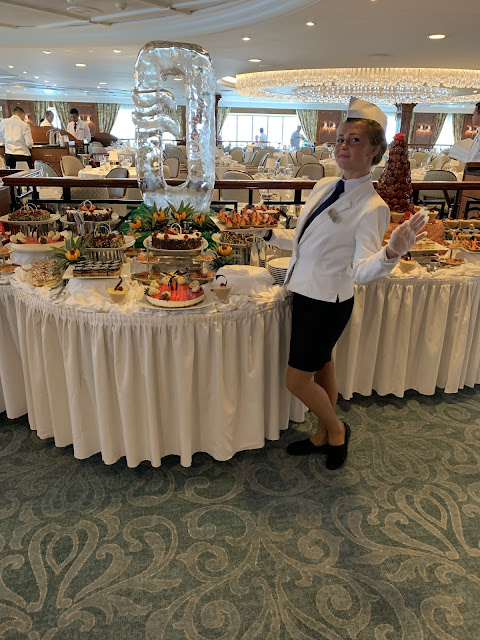 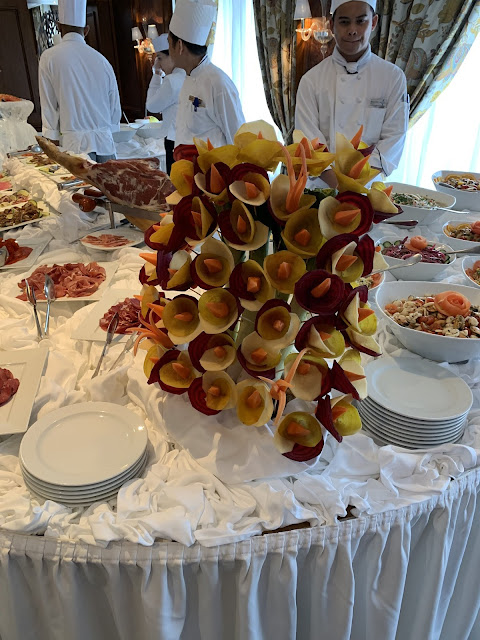 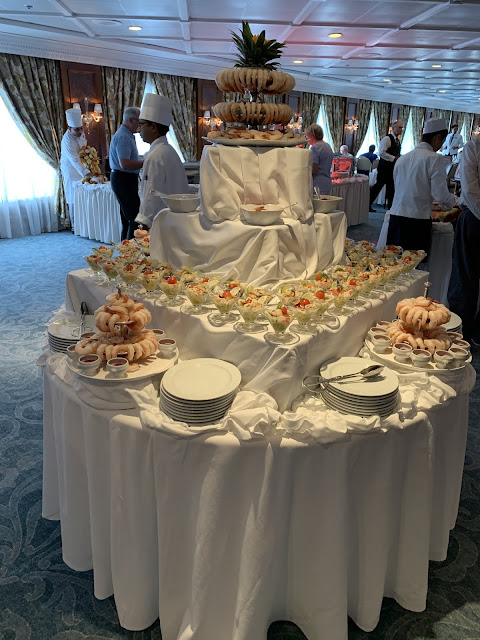 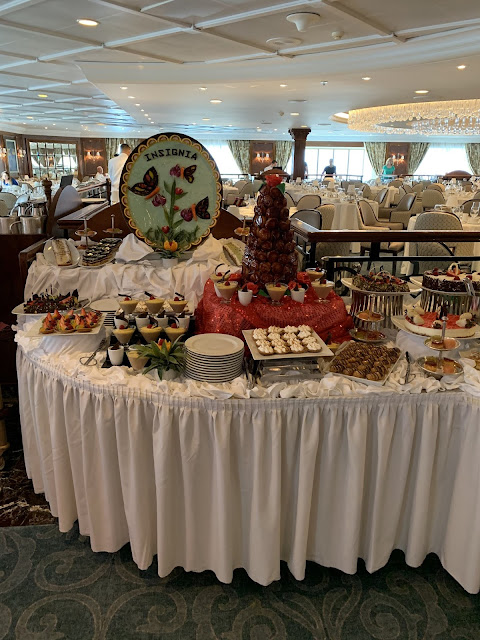 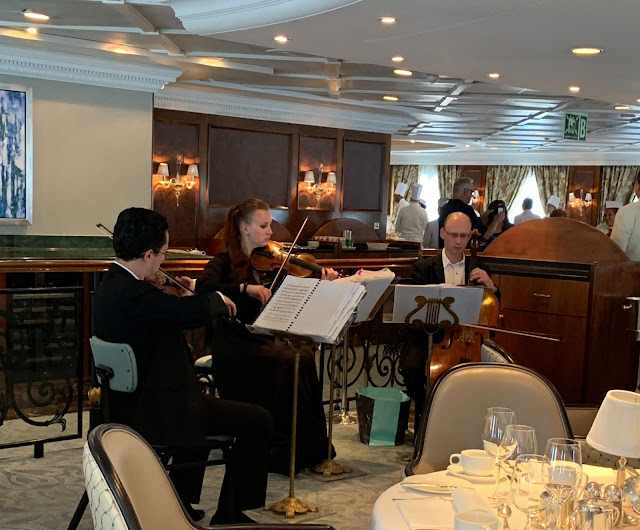 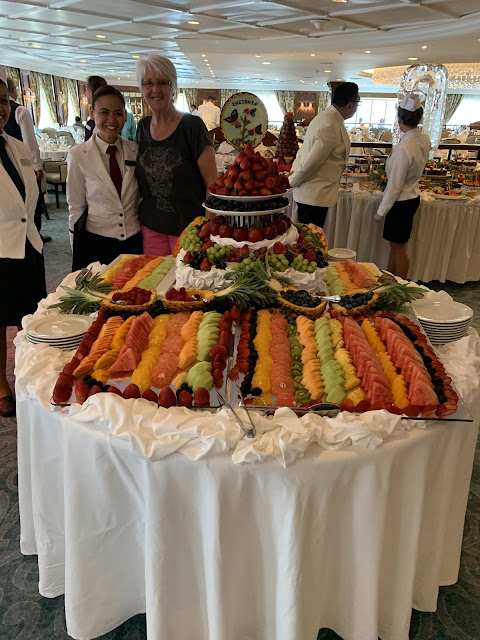 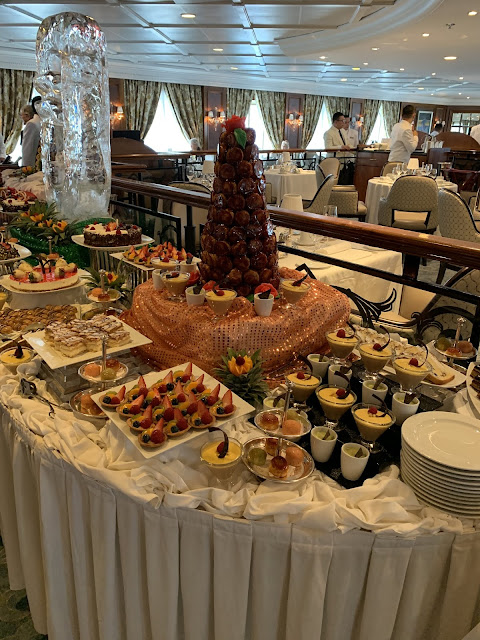 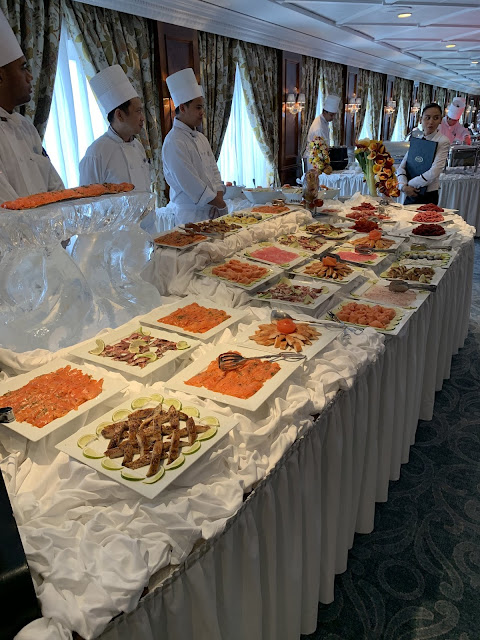