Docked in Miami Cruise terminal at 7:00 AM under warm, sunny conditions. (Upper 70s)

Just completed an air boat tour in the Everglades and everyone survived our exposure to the crocodiles and gators. Part of the event was a presentation by a park ranger in a Reptile enclosure. Amazingly, two of the alligators would respond individually when their names were called. Probably influenced by the chicken morsels they were being fed!

Note the yellow Spanish style building, which is called the Freedom Tower. This facility was the immigration office for thousands of Cubans escaping into the USA in the early 60s.

We walked back to our ship from downtown, but in spite of being the largest cruise port in the world, pedestrian access is abysmal. We were dodging traffic while cops gave us the “stink eye”. Go figure, but do you think it is a rouse to support taxis? Duh! 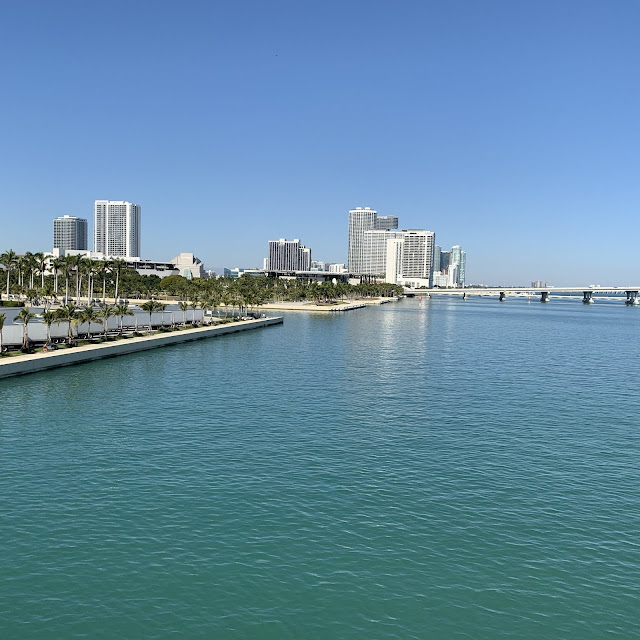 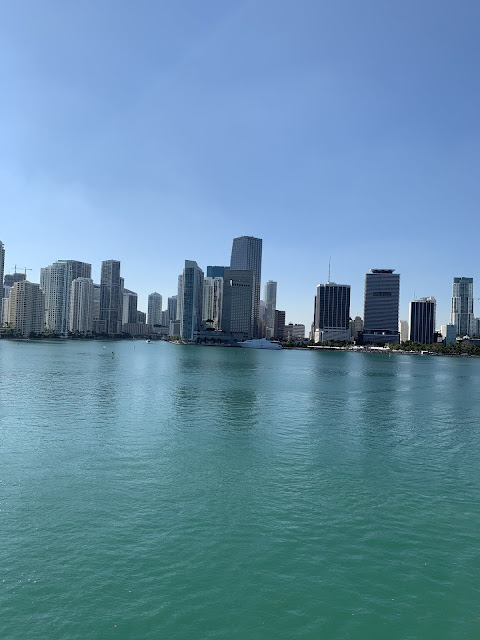 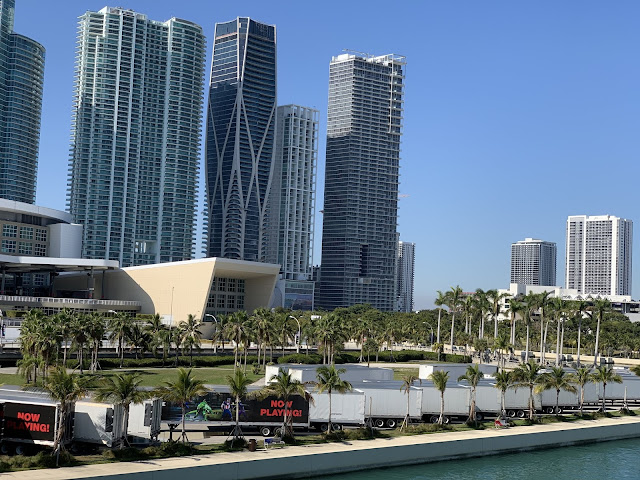