Our concerns about the four day Atlantic crossing were unfounded as the seas were flat and glassy for tree days out of 4.  Our Captain has never seen the Atlantic that calm in 25 year! Busy on board with three lecturers per day and all the assorted activities which allow us to be as busy as we want to be.  Cross stitching is very popular for dozens of the ladies and it was the source of significant tension sometimes, as people vied for the better patterns. Cross stitchers became the butt of many comments and jokes, delivered by the cruise director and many others.  Commonly referred to as the "Stitch and Bitch" bunch!

Part of the entertainment casts' duties include coordinating these activities.  They include Cherisse Martinelli, Amy Griffith, Mason St. Germain, Lamont Hill, Kelly Spicer and Rex Glover who have been on the ship for the past three months.  We will miss their smiling faces and charming personalities! 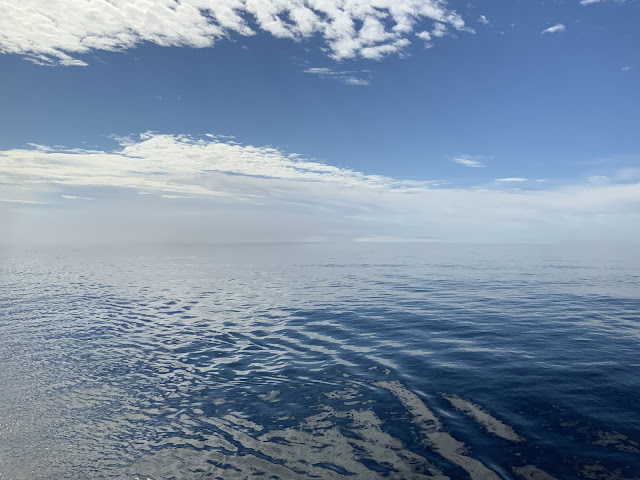 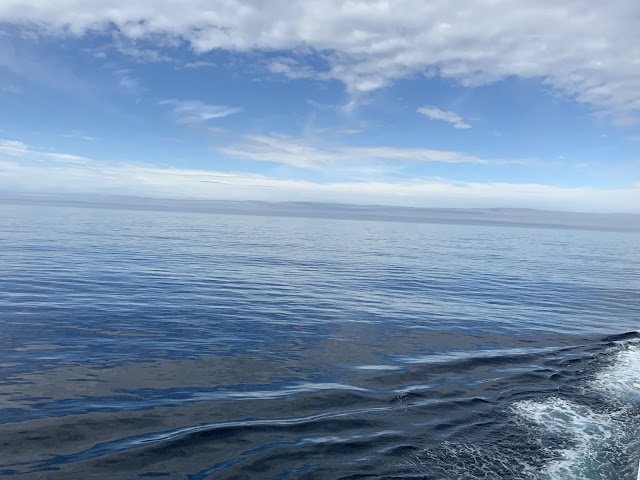 Newfoundland has a rich history, dating back to 1000 AD, when Vikings settled L'Anse aux Meadows.  They did abandon the area later.    Sorry Columbus but you were beaten by 500 years.  Italian John Cabot rediscovered Newfoundland in 1947, working under the commission of King Henry VII of England.

Becoming a self-governing country in 1854, Newfoundland was an independent country until joining Canada on March 31, 1949.  Some thought had been given to joining the USA.  St. John's takes credit for being the oldest city in North America, a status contested by St. Augustine, Florida.  It is 1000 miles (1600KM) closer to London than Vancouver.

Newfoundlanders made major contributions to WWI and WWII through a 100% volunteer military.

St. John's has more pubs per capita than any other Canadian city and mark my words from personal experience, you do not want to get into a drinking contest with these guys.  These are the nicest people you will ever meet.

My first job after graduating from the U of A as a mechanical engineer was with Iron Ore Co.,  and our smart youngest daughter was born in Labrador City.  We can claim Newfie status, I guess?

First sighting of land after crossing 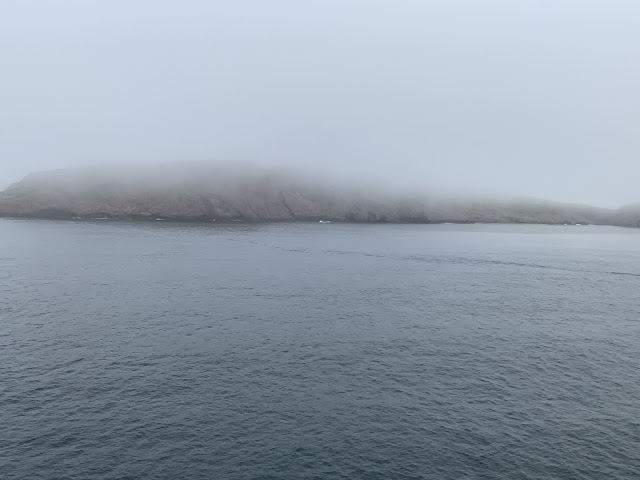 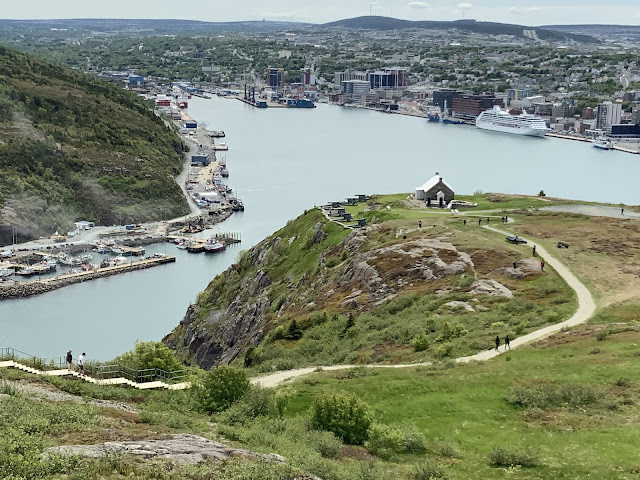 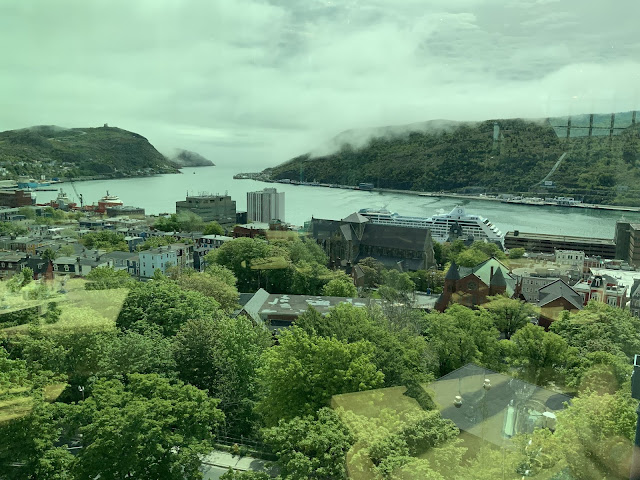 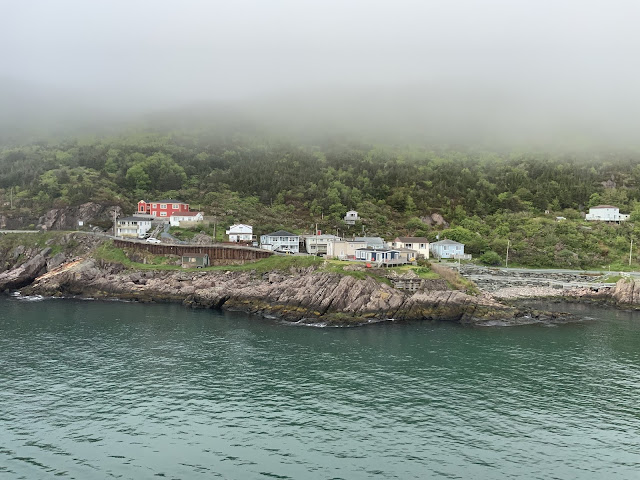 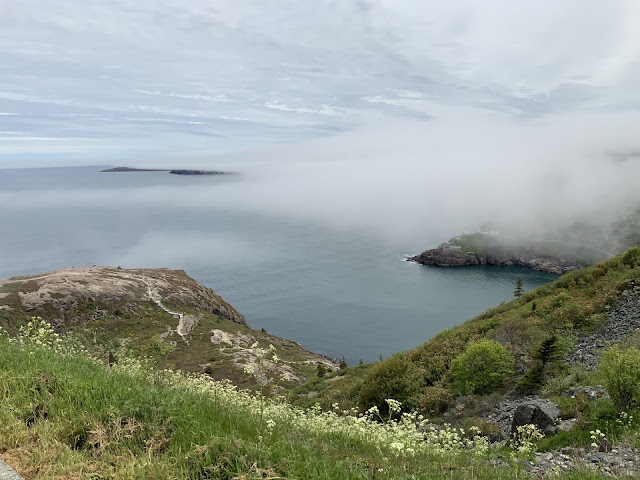 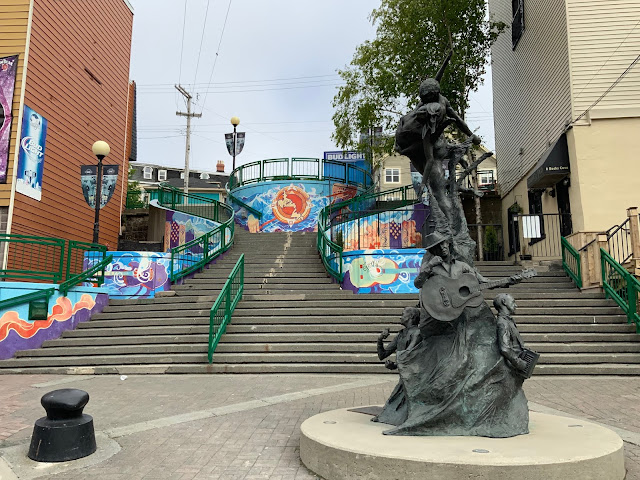 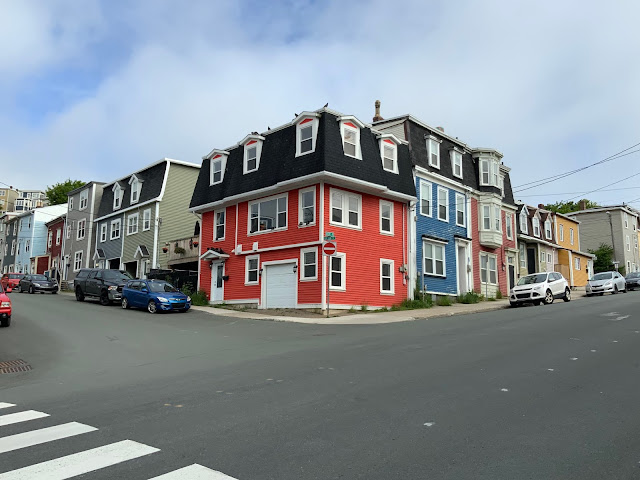 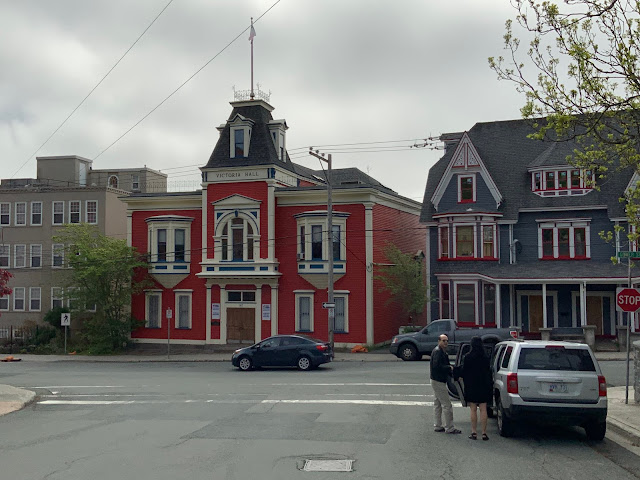 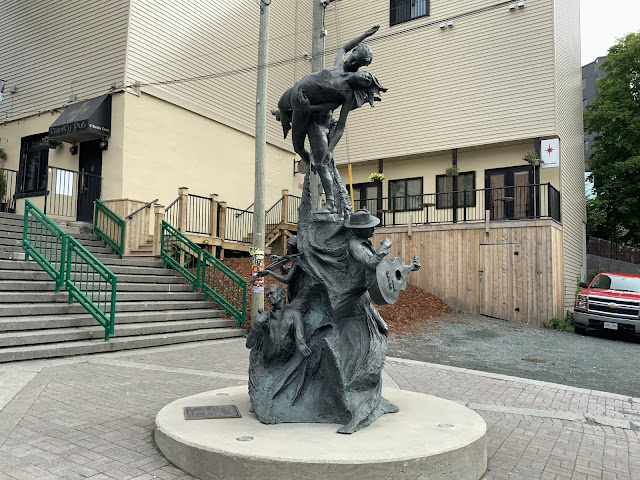 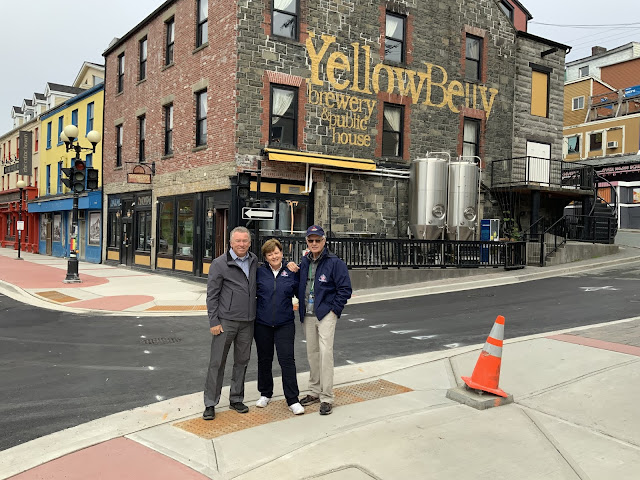 Signal Hill, where Marconi received the first trans Atlantic wireless radio signal in 1901.
Last battle of the 7 Years War was fought on Signal Hill in 1762.  200 British troops routed 295 French to win the war. 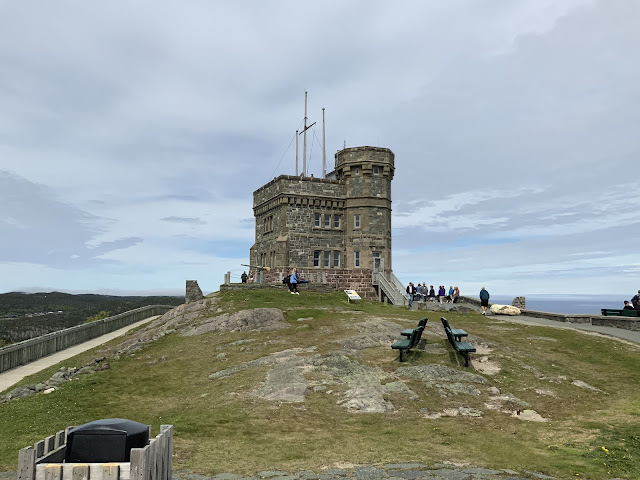 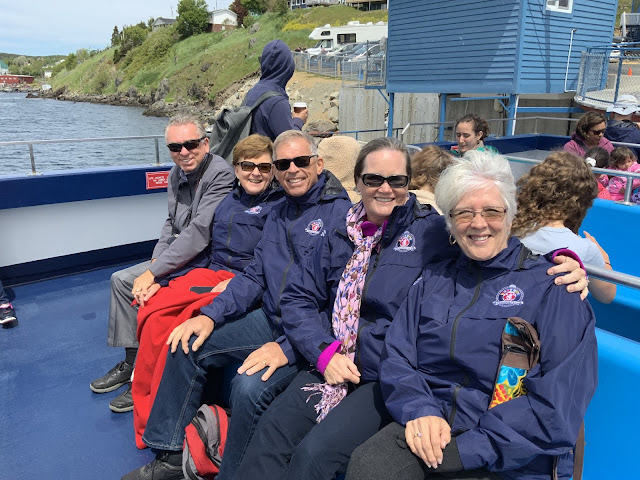 One berg was lurking nearby.  No, our good ship was not a target! Prime ice berg viewing is in early June. 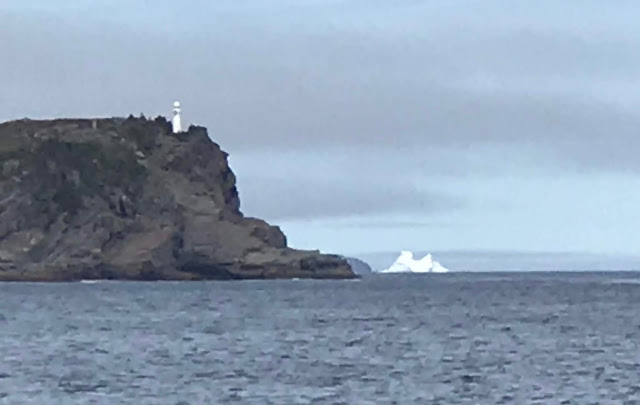 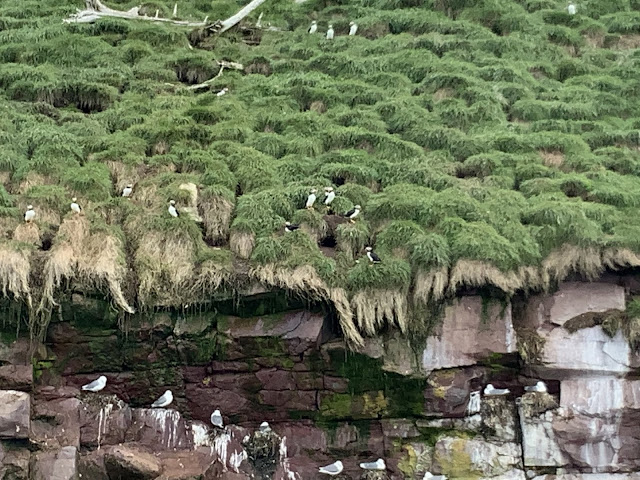 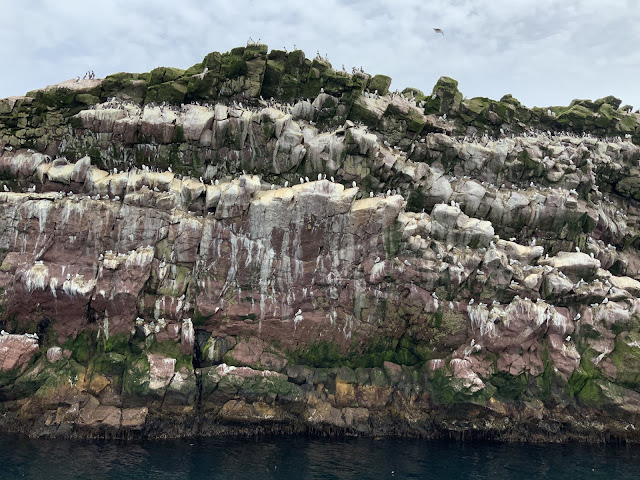 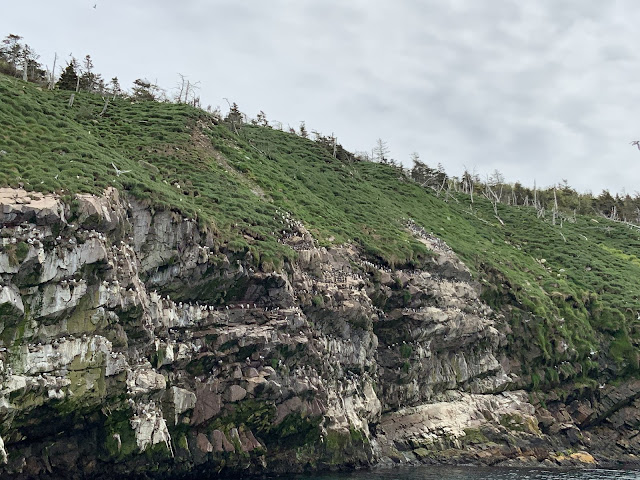 We weren't disappointed as a Humpback whale was quickly located.  Humpies were nearly exterminated by whalers because they travel in predictable patterns.  This one surfaced every 8 minutes, while maintaining a straight course.  Conversely, we saw 4 minke whales but it was impossible to predict their erratic course and difficult to get a photo.  Consequently, their numbers were not impacted by whaling operations.  Believe it or not, Japan will allow whaling again. starting this July!  Ridiculous!! 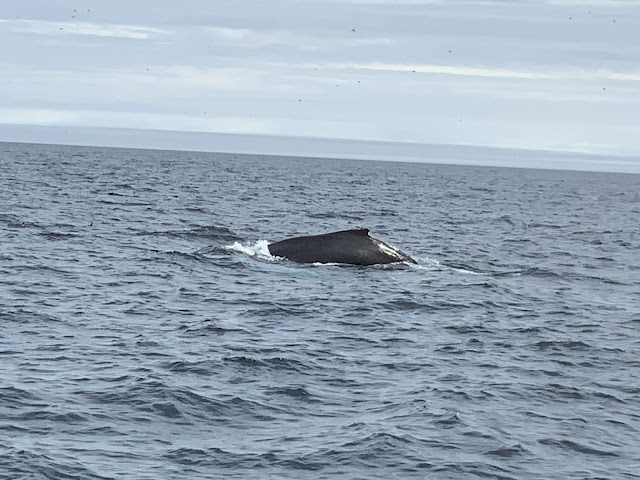 Note the flash of turquoise from the whale's belly.  Caused by the brilliant white showing through blue ocean water.  Was dramatic in real life! 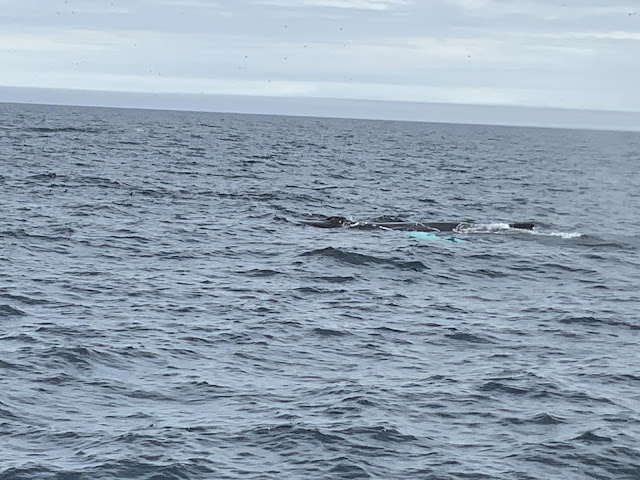 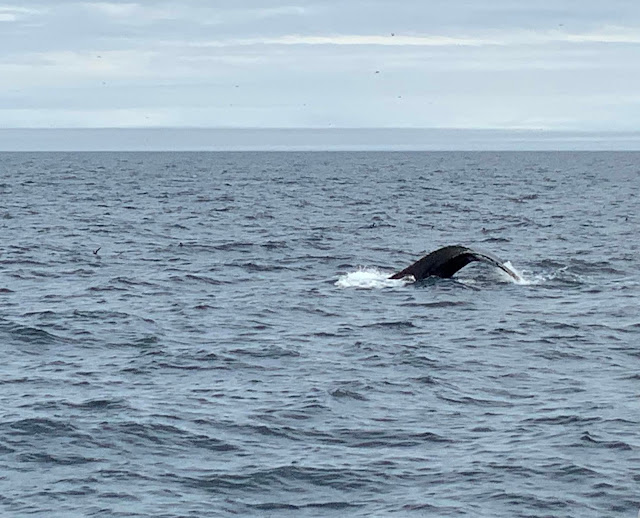 Famous puffins on display in the museum.. Better view than those from the tour boat. 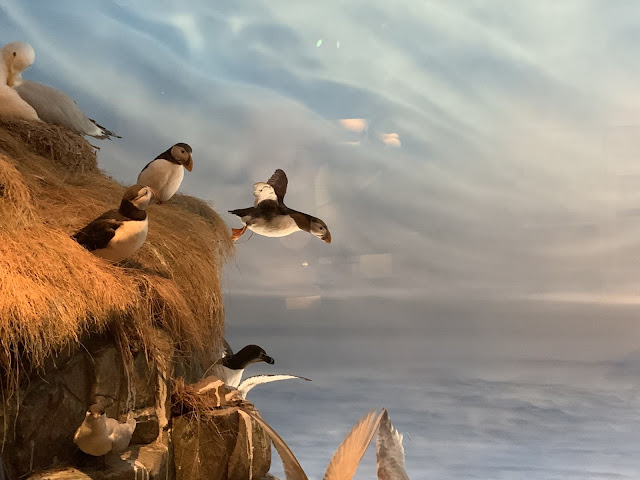 Displays from "The Rooms" museum. 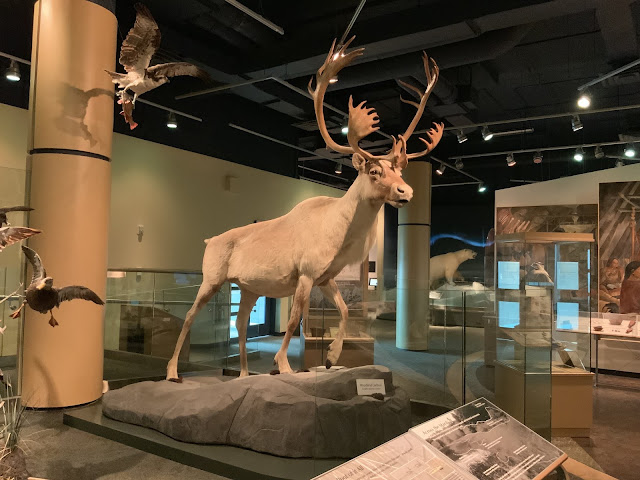 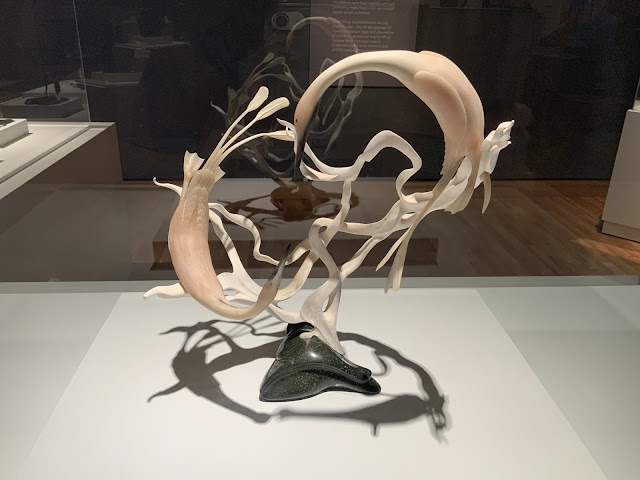 In the Arts section of the museum, information is provided on the generosity of Gander residents. Poster shown is about the Musical based on the 9-11 incident where 38 jumbo jets carrying 6700 people were diverted to Gander.  This play ran and may still be running on Broadway!  Everyone was accommodated without fuss by the residents.  In response, many Americans contributed to a fund to help local kids attend university. 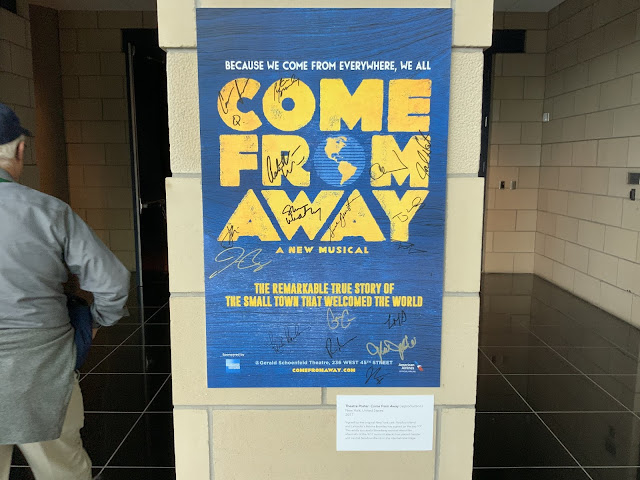