Sea day with a cool sighting of Gibraltar.

Gibraltar is a British Overseas Territory which means it is under the jurisdiction of the United Kingdom but is not technically a part of it. ... Gibraltar has its own political system that makes many decisions within the territory but issues like defence and foreign affairs are determined by the UK Government in London.

By the way, the movie 'Guns of Navarone' was not filmed here, but on Rhodes.


Rock of Gibraltar 6 miles to the Starboard 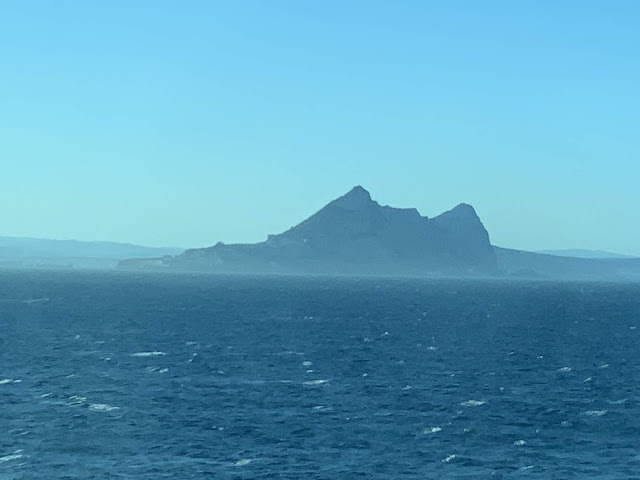 The Rock as we proceed West with development visible.  Unfortunately we do not stop here. 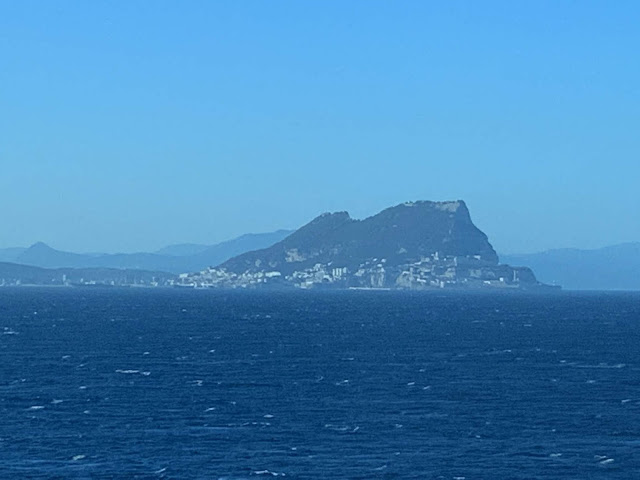 Joyce, Craig and I 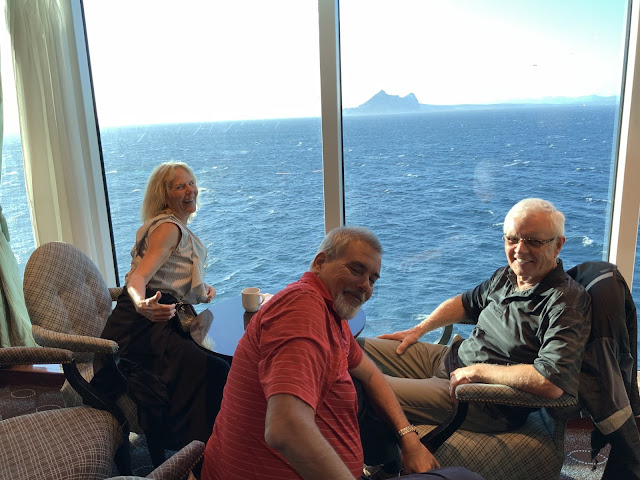 Merrilynne gets air time too! 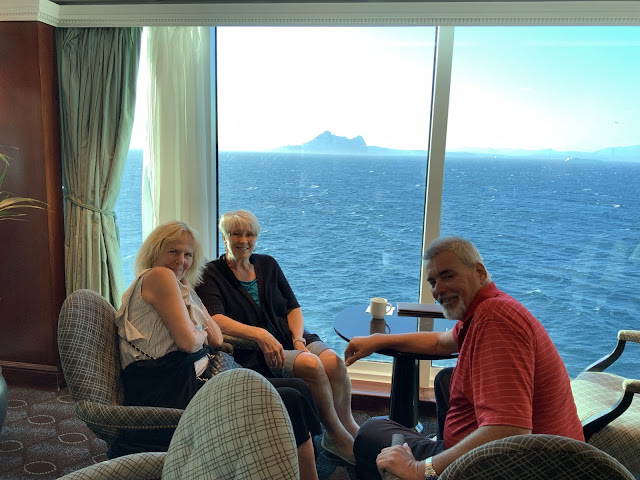 Tangier, Morocco, opposite Gibraltar on the African Continent 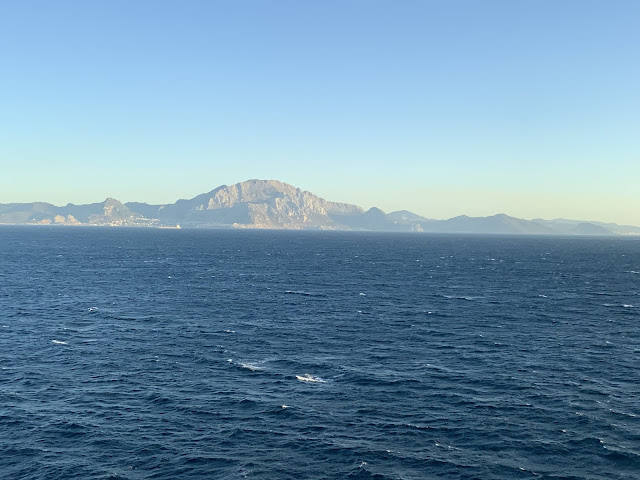 Appears that seeing Gibraltar stirred feelings which Craig had been suppressing!  Sure took me by surprise. 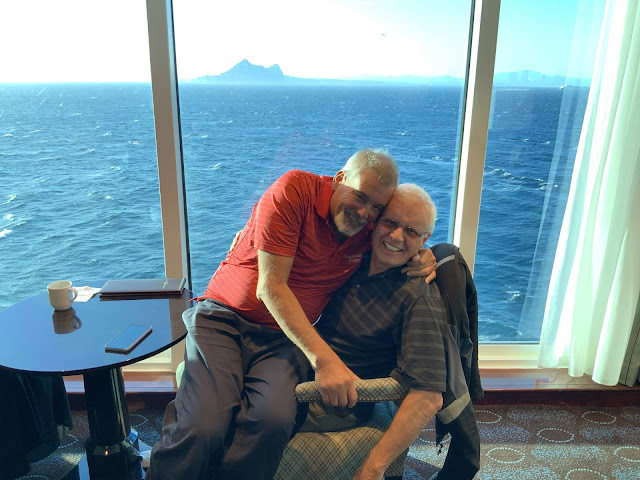