Valentia is the third largest Spanish city with a population of 1.5 million.  Modern buildings dominate the vistas with parks and broad streets accenting the city.  It got international recognition in 2007 when the Americas Cup was held here.  Formula One racing was also held here in 2008 and 2012, but due to the weeks of disruption involved, the city discontinued the relationship.

Three societies dominated the region, starting with the Romans, then the Moors for 7 centuries (Muslims) and the Catholics after 1492 crusades.

Silk was the predominant industry from the 15th century until a parasite killed off the silk worms in the 1800s.  Oranges, grapes and olives were introduced to offset economically, with Valencia oranges becoming a major export to the world, as we all know.

Two official languages are Catalan and Spanish' with Valentian spoken locally.  English is understood by some, sparingly.

Spanish unemployment rates range between 11 and 25% for the 17 provinces!

Our excursion today included a drive through Valencia, a visit to medieval Requena Village which was a 50 km drive into the surrounding hills, a winery tour, lunch and exploration of cellars under  medieval houses.

Valencia is on our radar for a return cycling adventure. 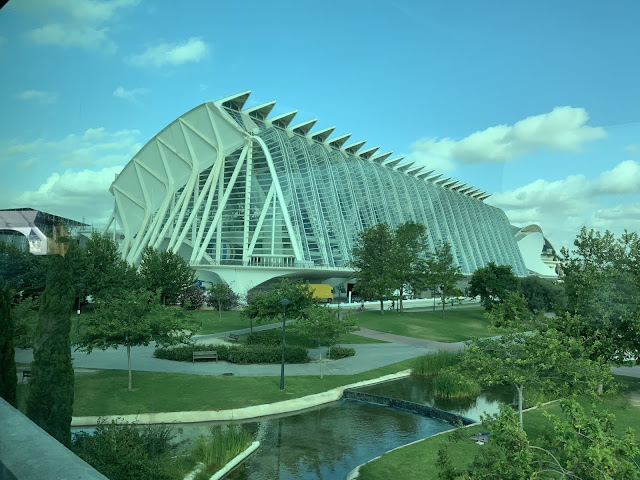 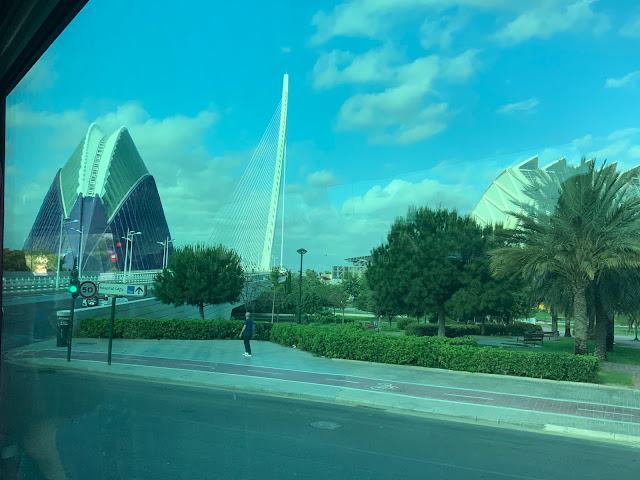 Not sure about the literal translation of the coffee shop name from Spanish...... 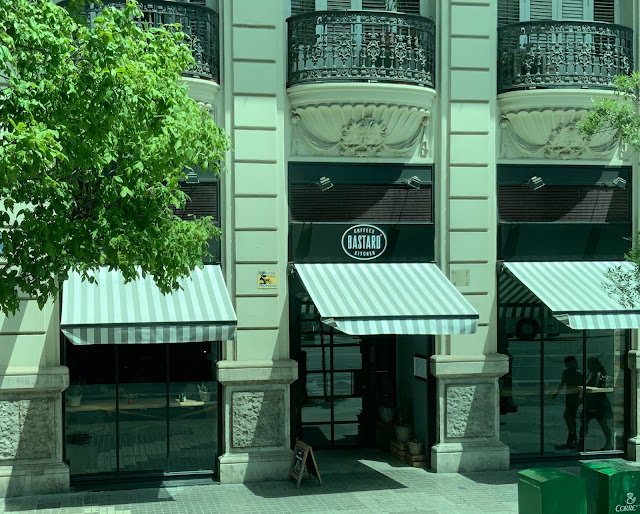 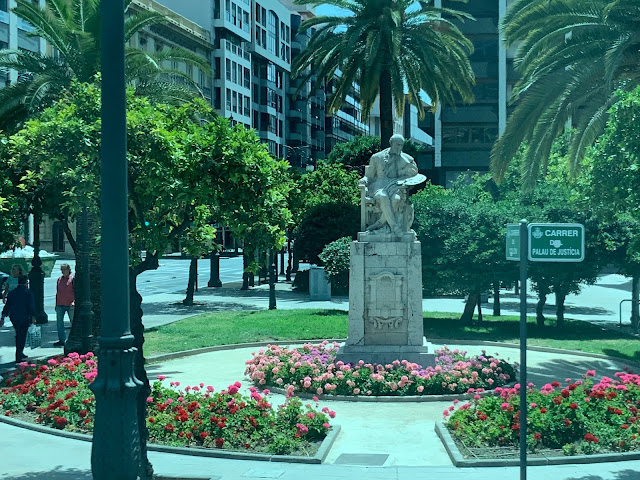 Stunning scenery with a multitude of cycling lanes. 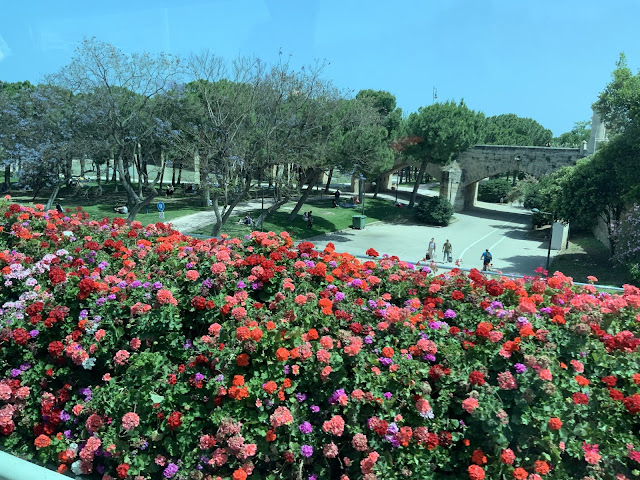 Small winery, where prices were excellent and wine was very good. 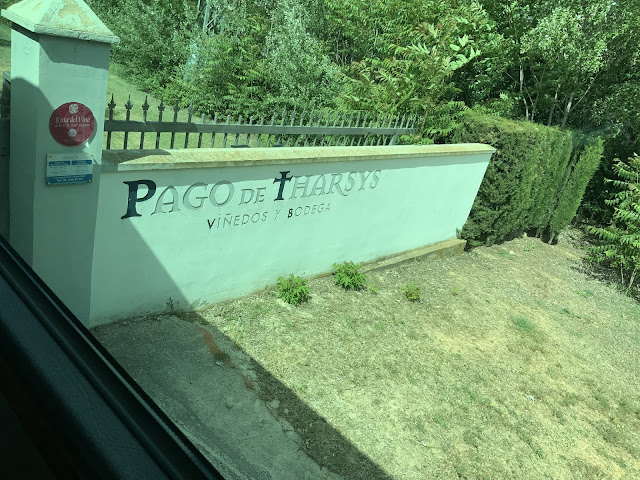 Roses act like the 'Canary in the coal mine', as the same pests infect roses and grapes.  Alerts owners to take steps to stop infestations.  Winery is organic so other measures are employed like pruning off infections and importing good insects like bees. 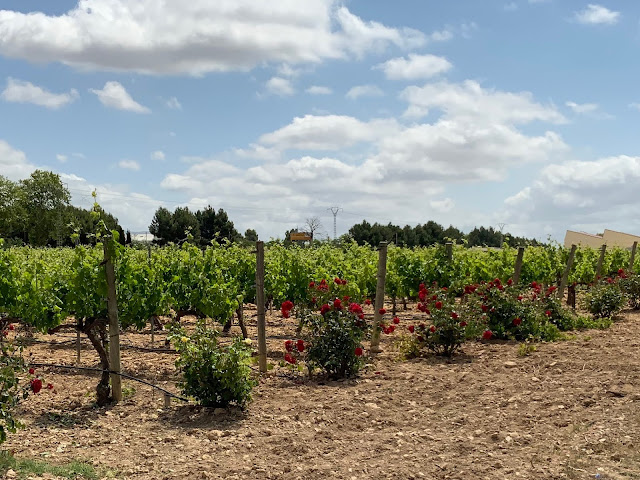 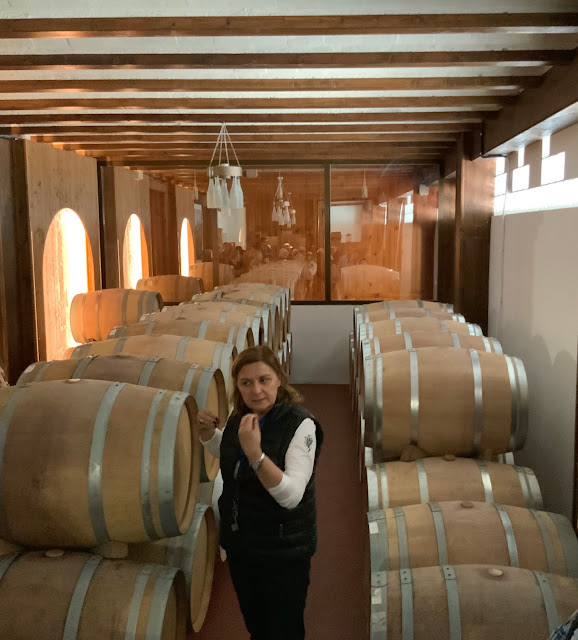 Tour of the old part of Requena Village.  Can buy a place for a couple hundred euros and suffer the pain of ownership...:)  Village gets snow for several months. 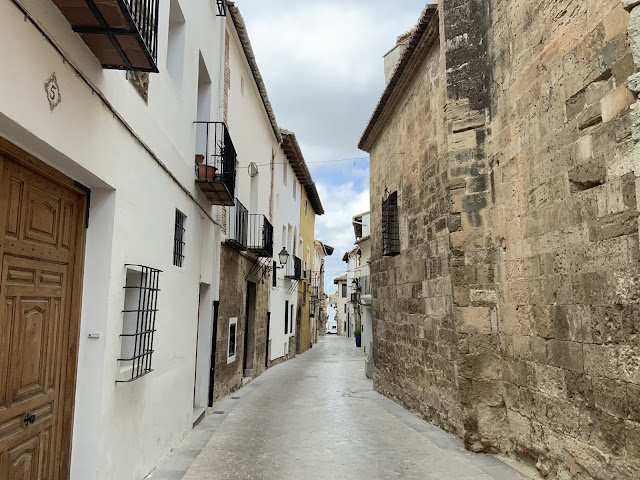 Underground murals depicting how the cellars were dug under their homes 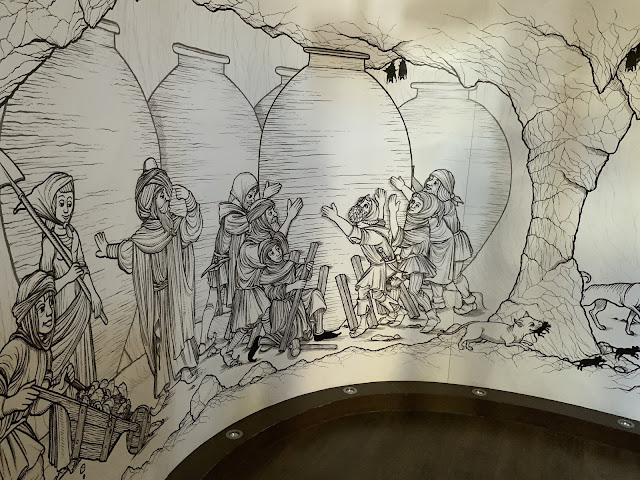 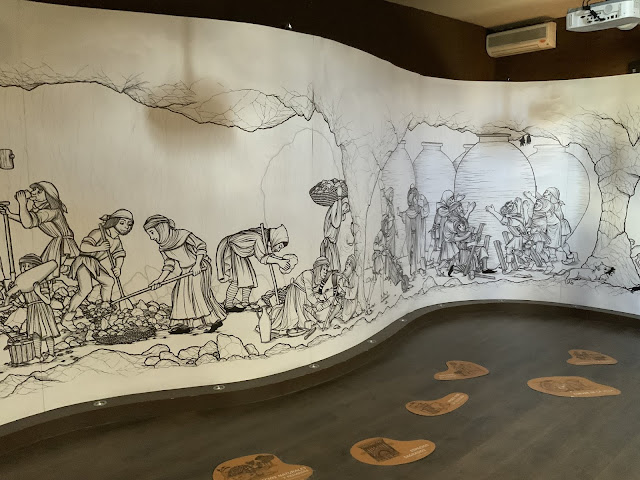 1000 litre vats installed in the cellars for wine, olive oil and water.

Installations date back as far as 1100s 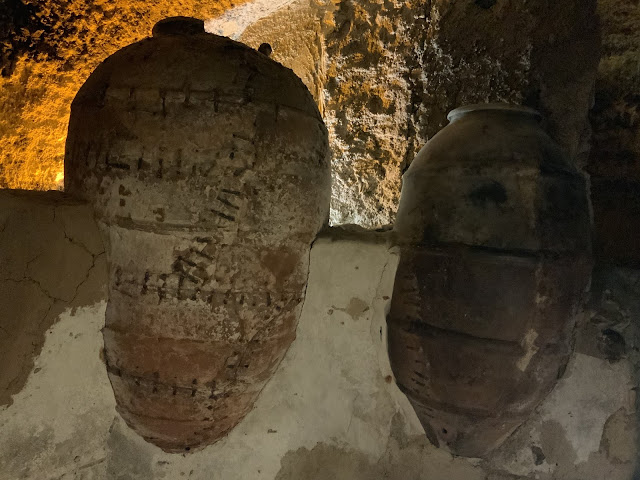 Cellar complex maintains a constant temperature which was beneficial for wine storage and for living during the cold winter months.  Good defensive installation too. 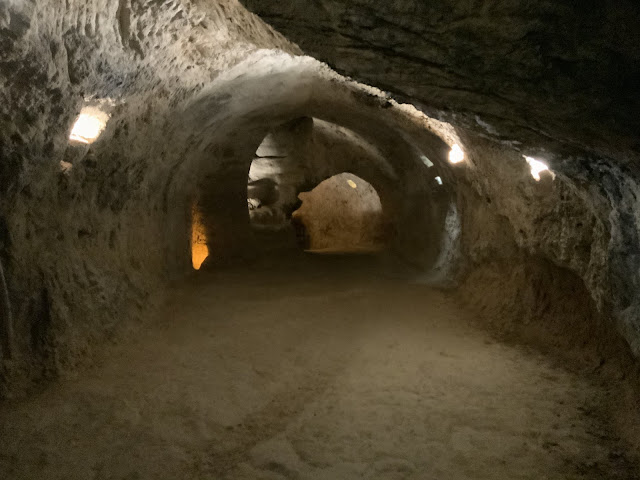