This port was the last stop for the Titanic when it picked up 123 passengers. Only 44 survived.

We stocked up on Guinness and black current syrup from a local outlet for the "crossing", (Atlantic) to augment our dark rum, gin, sangria and wine!  Forgot that we only have 15 days left.  Headaches

Nostalgia greets you at every turn in this port.  Many triumphs and many tragedies has roots here.

1845 to 1850 was devastating for the Irish with the potato famine.  All the grain crops had been confiscated by the English, so when the blight hit the potatoes, it was a disaster. One million people died, while another million emigrated, reducing Ireland's population by 25%.  Quote below:

The British policy of mass starvation inflicted on Ireland from 1845 to 1850 constituted "genocide" against the Irish People as legally defined by the United Nations. A quote by John Mitchell (who published The United Irishman) states that "The Almighty indeed sent the potato blight, but the English created the Famine.

White Star Steamship Co., Titanic owners, had an office here, as did Cunard.   White Star and Cunard merged in 1934 to survive the great depression.  Cunard eventually was purchased by Carnival Cruise Lines.


Docked in the heart of Cobh 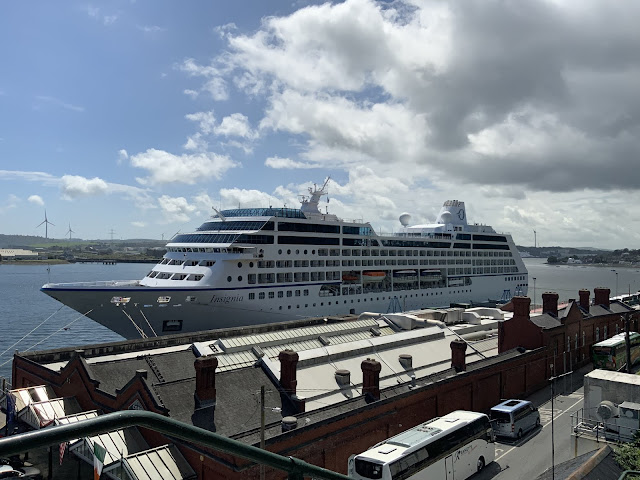 Statue of 15 year old Annie Moore and her siblings.  On Jan. 1, 1892 (Annie's 15th Birthday), she became the first immigrant to be processed at the new Ellis Island facility. 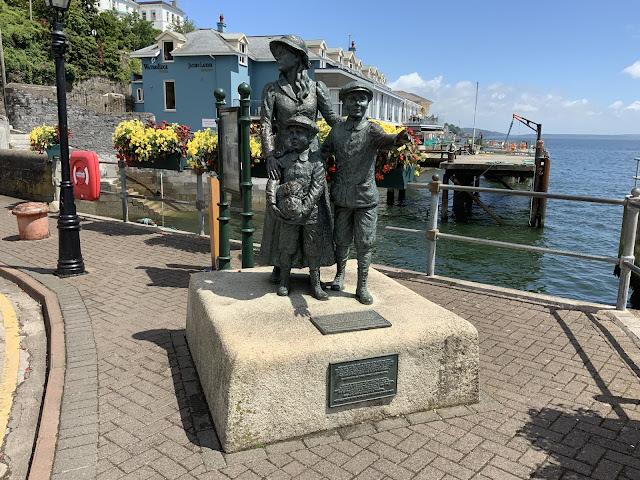 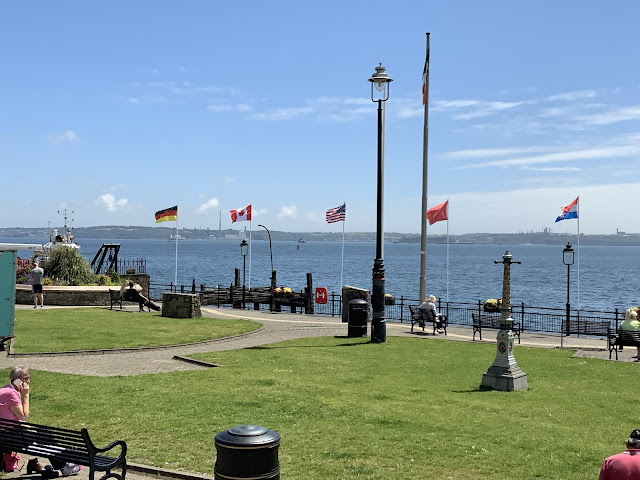 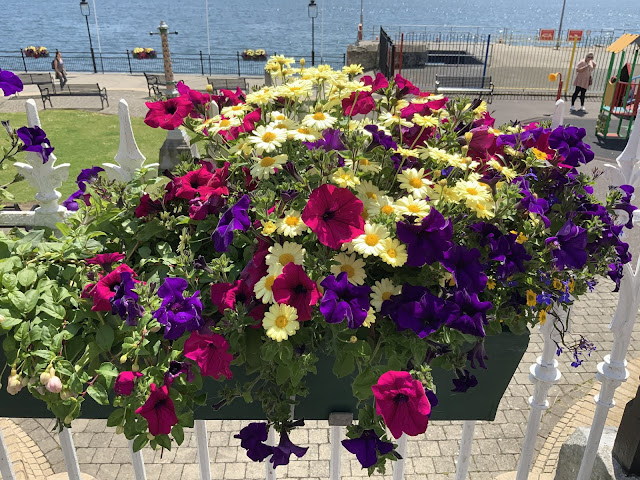 Cozy little lane by the Port 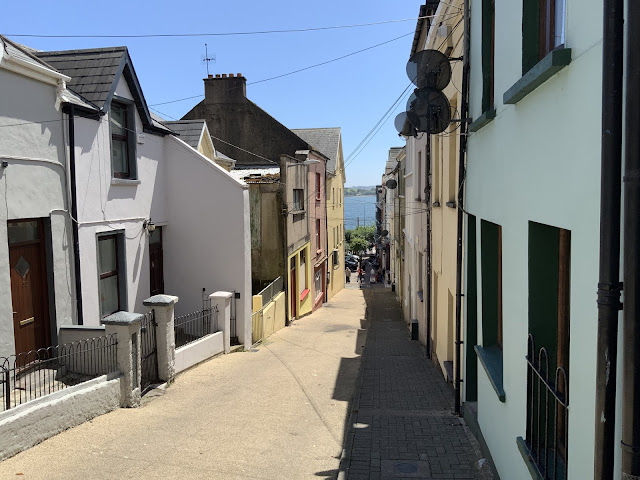 Ornate housing, as well look at the guard rails. 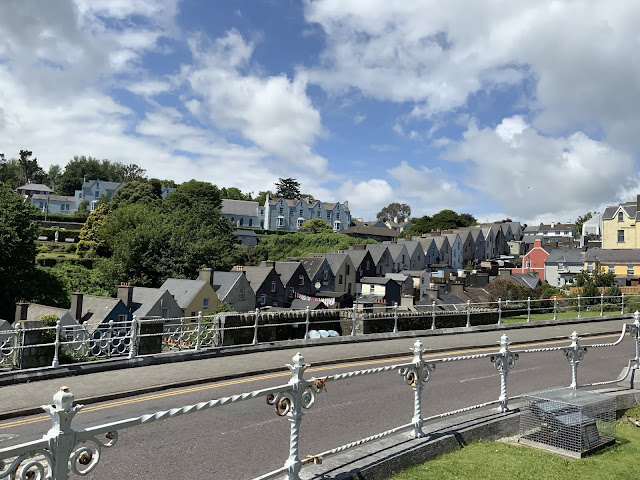 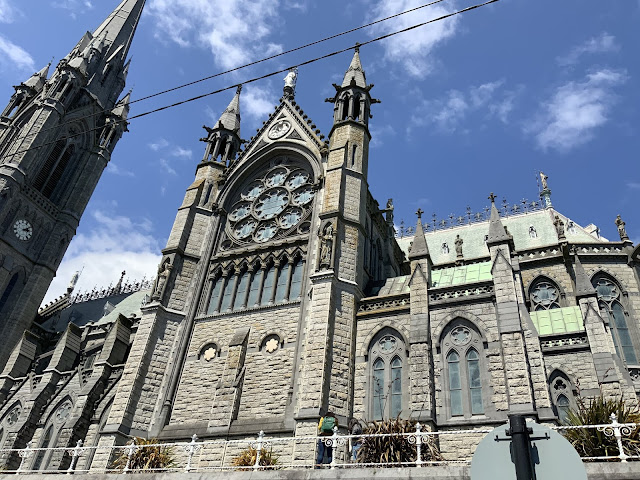 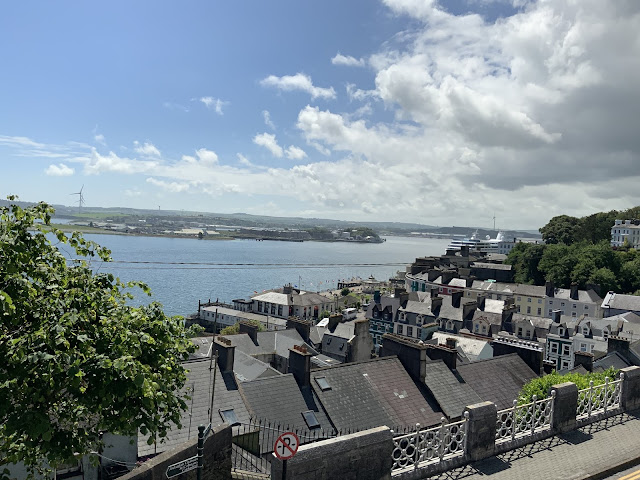 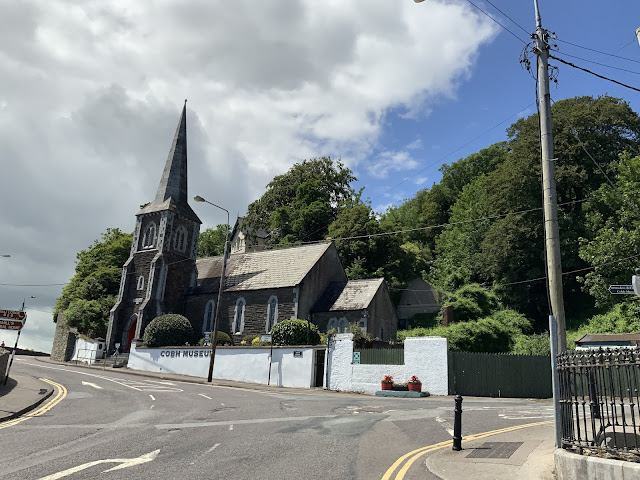 Cunard Steamship Co. office in Cobh.  They lost the Lusitania and over 1100 lives when the Nazis torpedoed her off coast of Irelend at the beginning of WWII.  Imagine watching from shore as this huge ship sank, knowing you had family and friends on board. 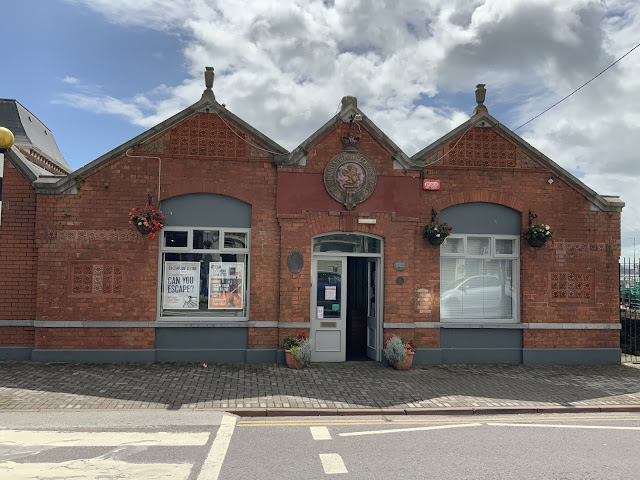 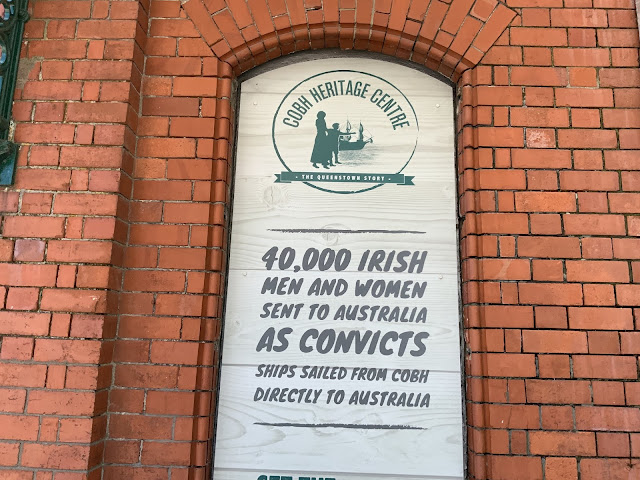 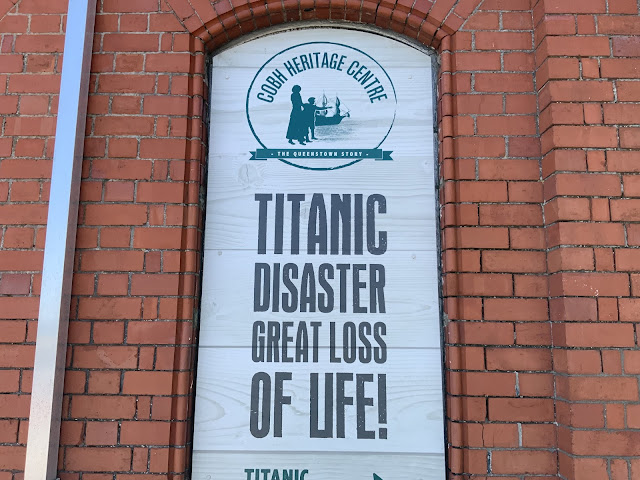 White Star had an office here.  They owned the Titanic and by the way, JP Morgan owned White Star Company. 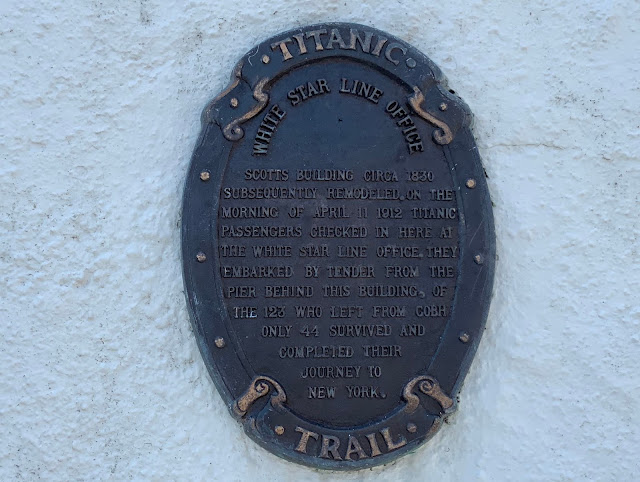 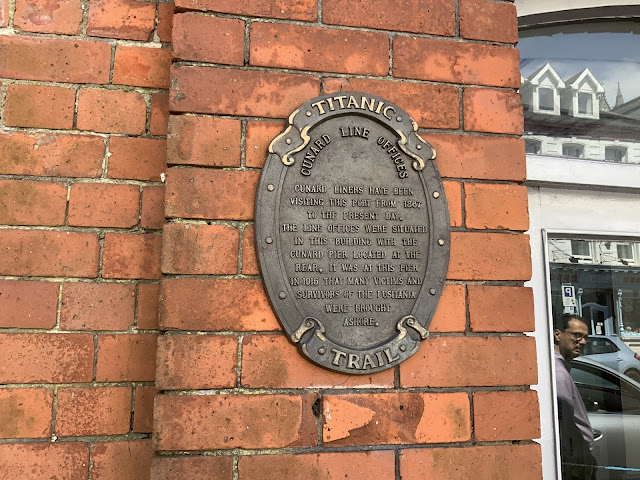 When the potato famine occurred,  the English basically refused to provide food if the Irish would not forsake Catholicism. 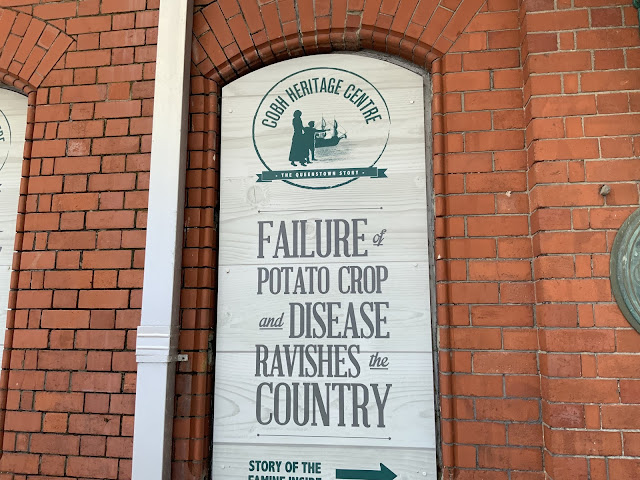 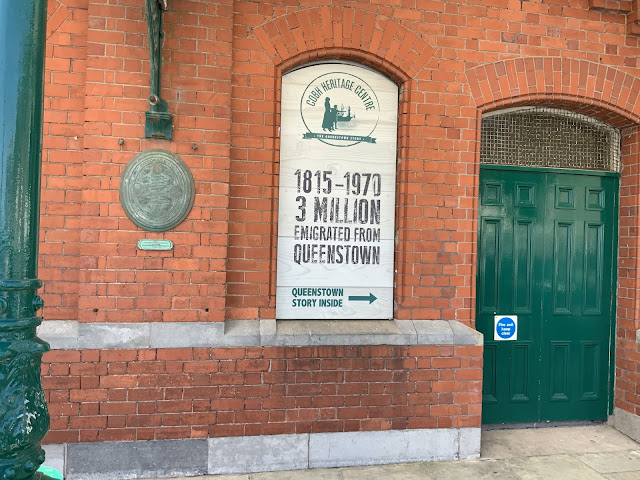 View from the sea shore. 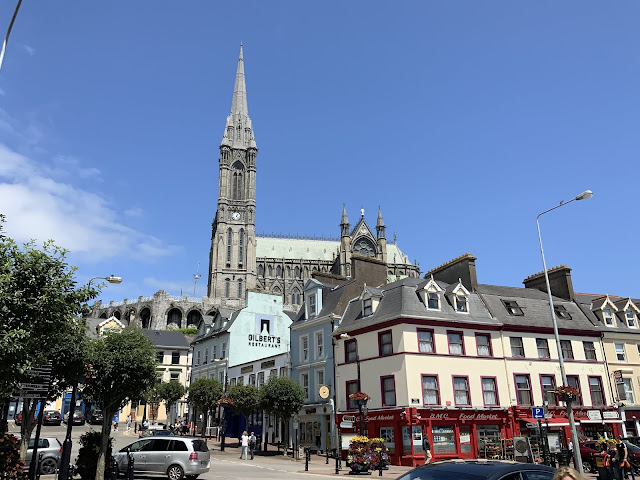