Our sail-in to Messina was met with chilly temperatures and light rain.  Happily, the sky's cleared as we embarked on our "Godfather" excursion, driving through outstanding landscapes with panoramic vistas which belies a severe underlying economic problem.  Little business activity exists, as demonstrated by the 48% unemployment level on the island.   I suspect that few people want to start a business wherein an unwanted partner will suddenly appear, demanding a percentage, 'or else".

Mount Etna acted up last night with large lava flow, so unfortunately Oceania excursions to that area were cancelled. (We did not have one)  Strange how a smoking mountain spooked the schedulers while terrorist attacks on the seas and in Egypt didn't phase them........ Just saying.....

Our tour took us to the sites where parts of ' The Godfather 'were filmed .  Tour started with a brief drive around Messina, founded in 8th century BC by Greek colonizers, followed by a scenic drive to the village of Taormina where Francis Ford Coppula did the filming.

Stopped at the Church where Michael Corleone married Appolonia Vitelli, then walked the same trail to the restaurant 'Bar Vitelli" where they held their dinner, to have an excellent lemon sorbet.

Stopped  at the Cappuccini Church to view a crypt where 37 skeletons of friars and noblemen are on display in glass cases...."WHY"!.

Check out the crazy switch backs on our route! 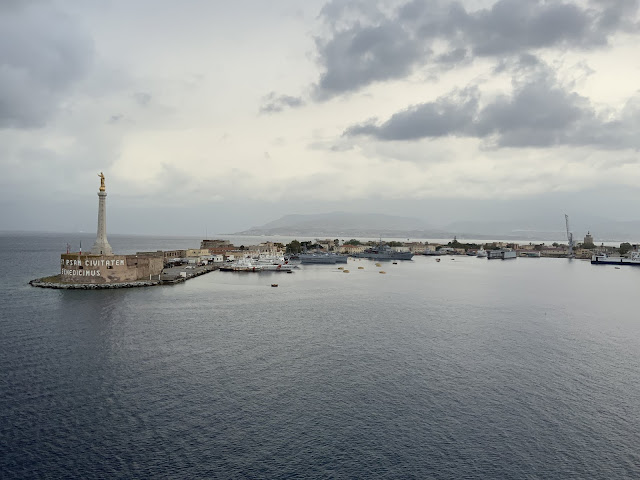 Figures are mechanized and move extensively at noon. 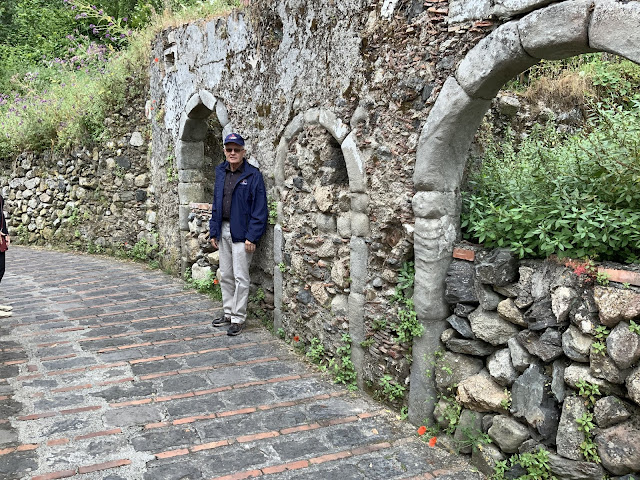 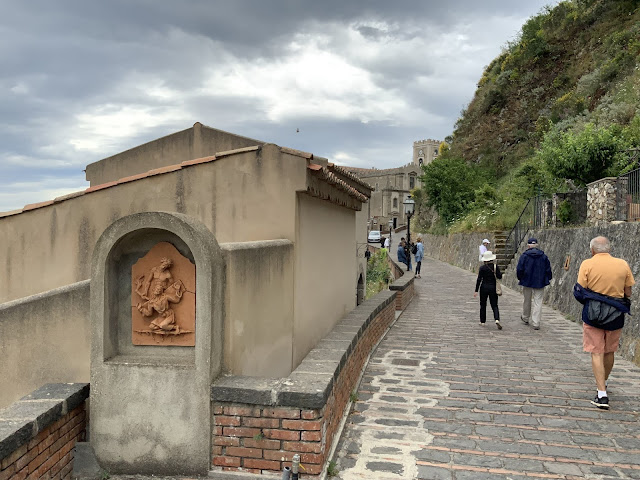 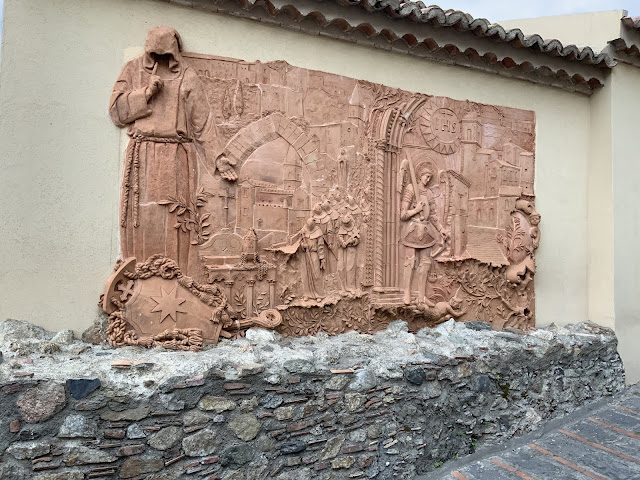 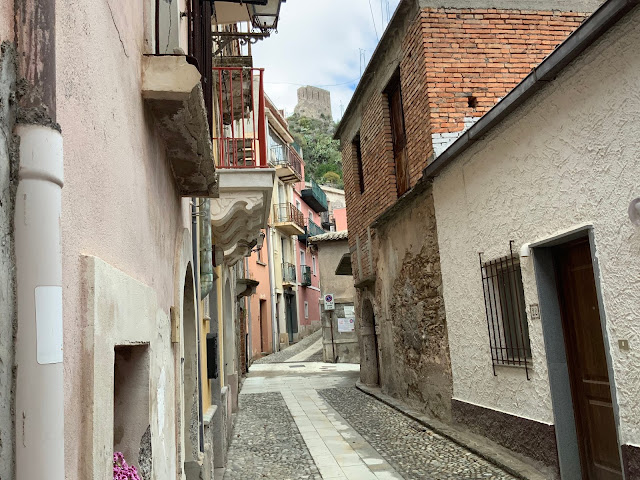 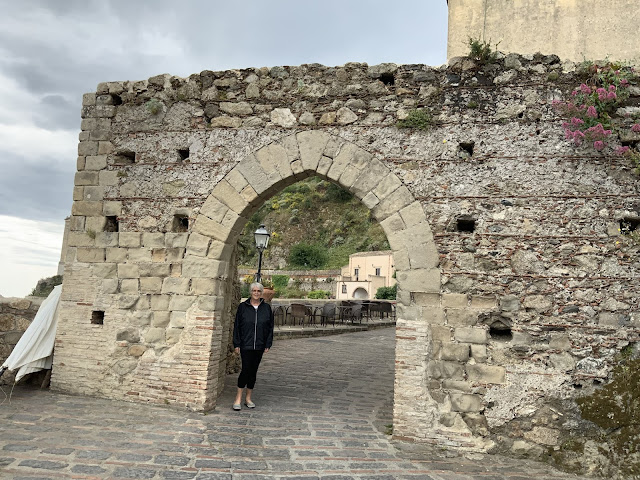 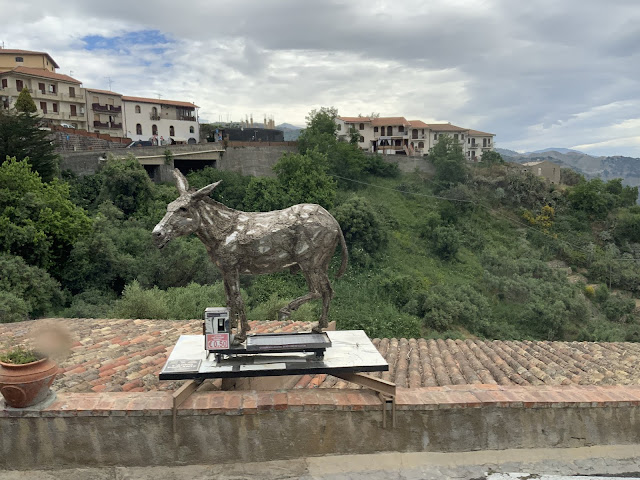 Interesting scenery at every turn

Vic, Stephanie and the Browns resting in the Bar Vitelli 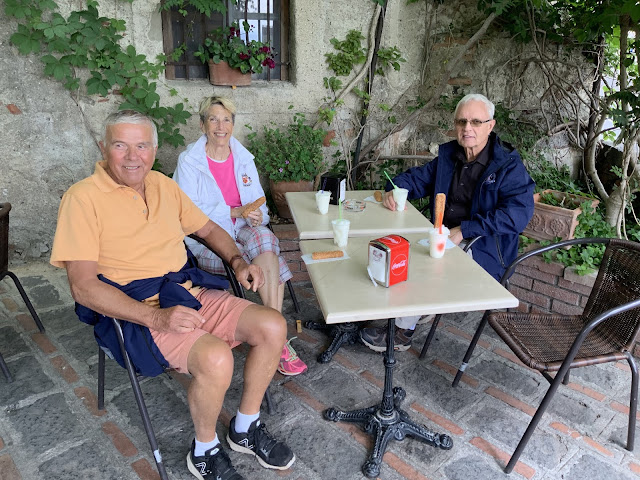 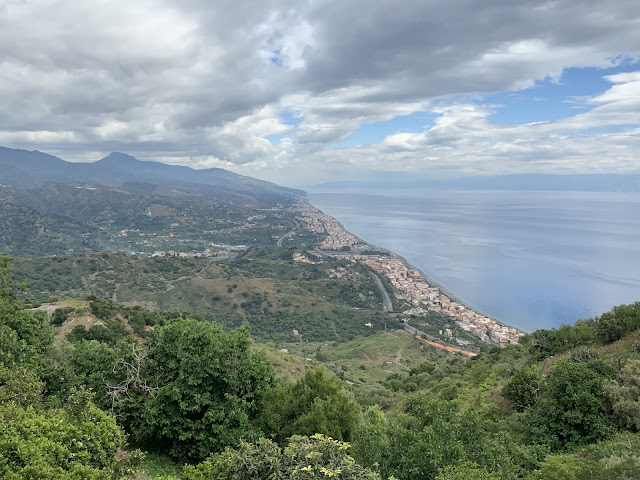 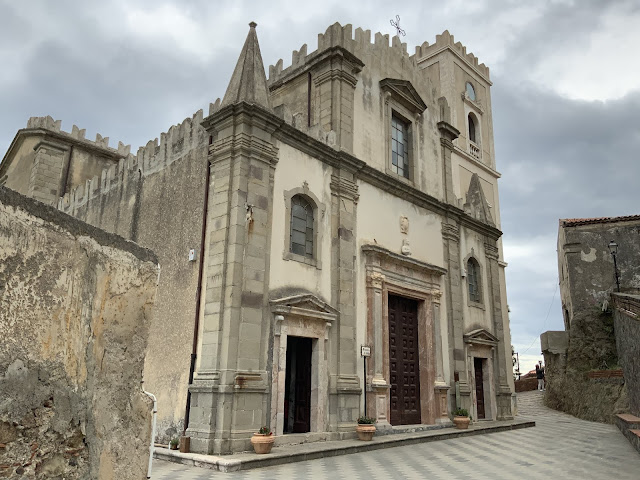 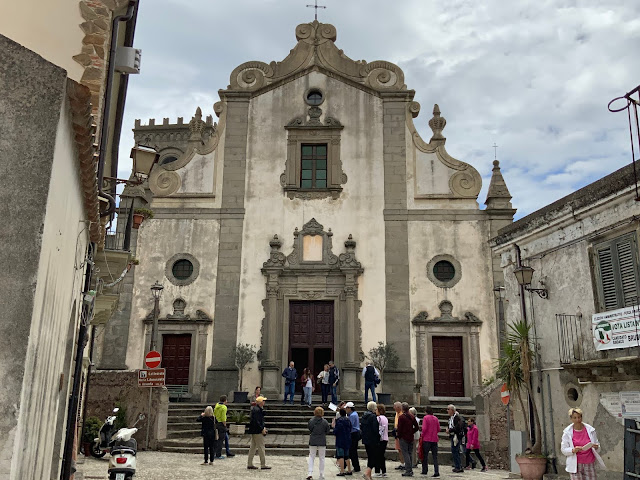 Restaurant where The newly wed Corleone's had their reception 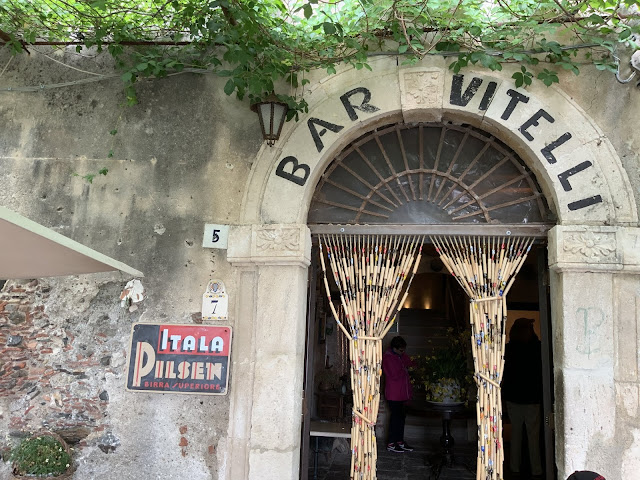 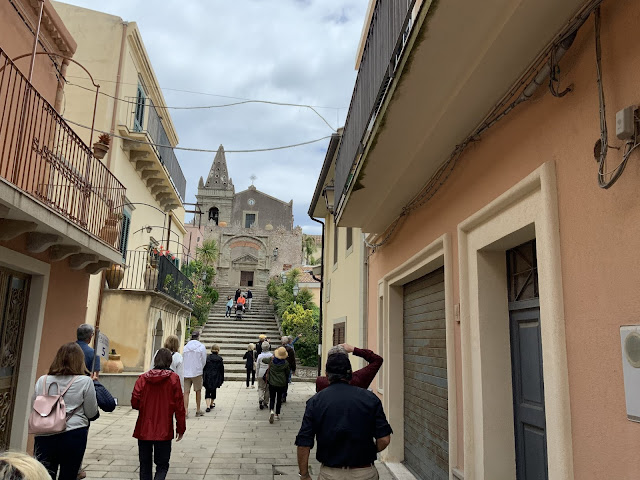 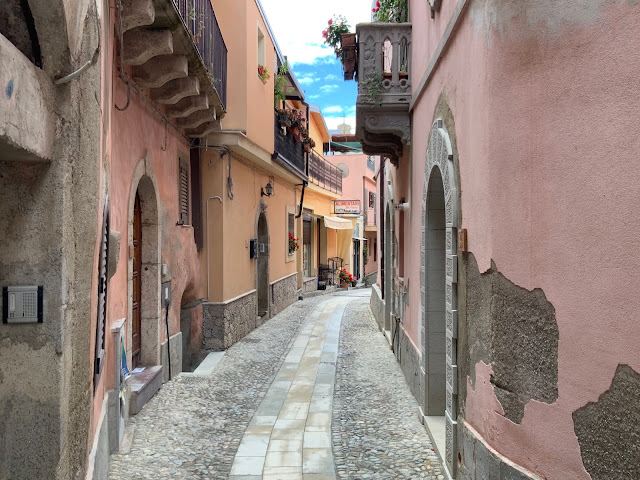 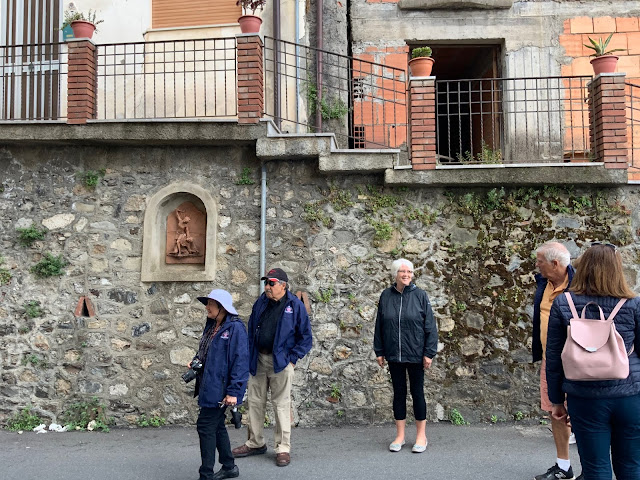 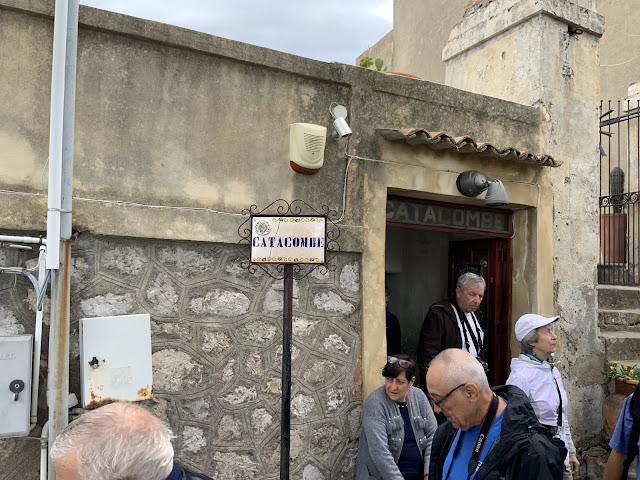 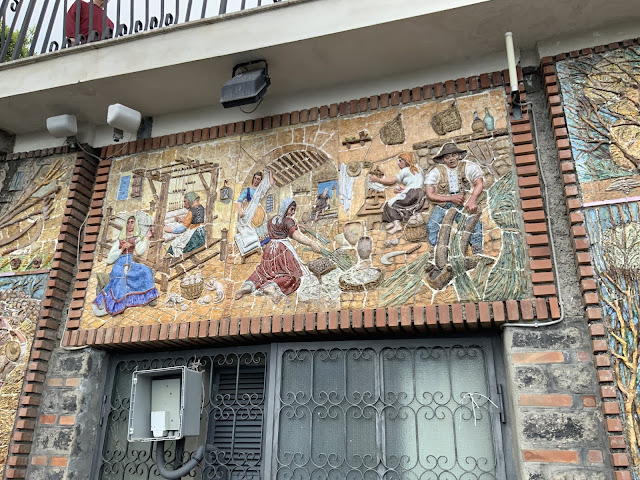 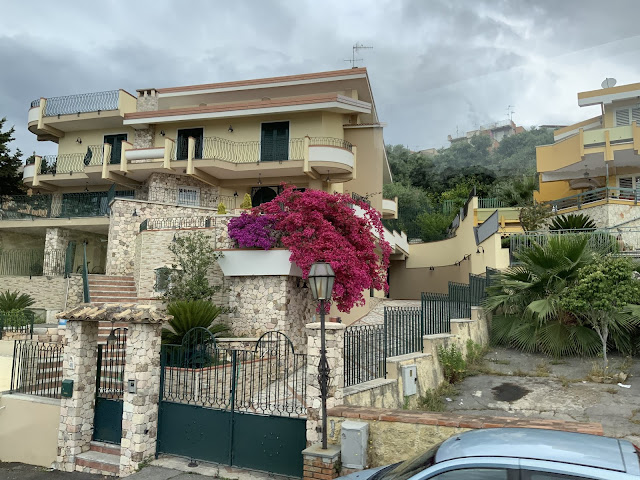 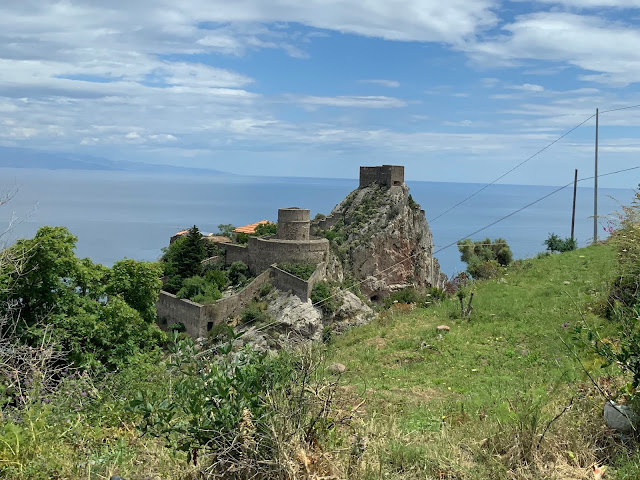 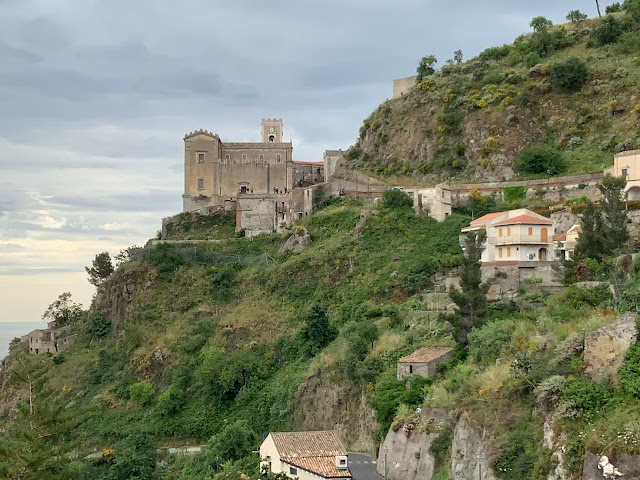 Check out the switch backs 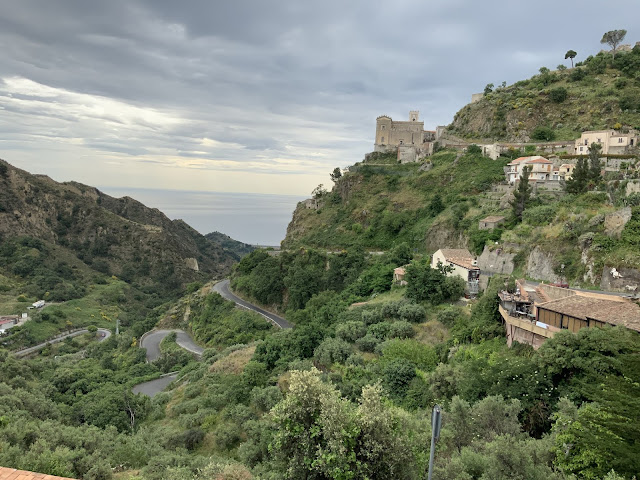