As we approached Sri Lanka, Oceania circulated the attached letter related to Piracy.  Who knew?
Reminder that the world is unstable and risky, so good to know precautions are being taken by the ship! Highly probable that military personnel boarded in Myanmar for the voyage up to the Suez canal, and possibly beyond.  Merrilynne suggested looking for young, muscular, short-haired hunks to verify our suspicion.

We are directed to move to the interior hallways as a safety measure practice in preparation for the real thing.

At some level, the prospect of cowering on the floor during an attack is antithetical to a person's normal response mechanism.

Once again, our French ship mates refused to participate in a safety drill.  Unreal how they get away with their conduct.

May 6 to 9, we are on an overland tour to Dehlia, Agra and the Taj Mahal. Concerns about Malaria, West Nile, dengue, crap food but we are having fun, right? 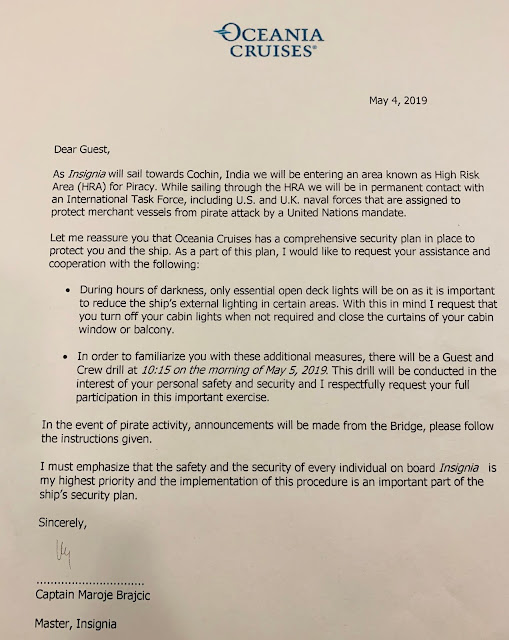 Drill to orient passengers for a possible hijacking.  I fantasize about being on a 50 cal. when hijackers get closer than 1 mile. International conventions preclude this conduct......WTH!
Apparently, we have marines on board! 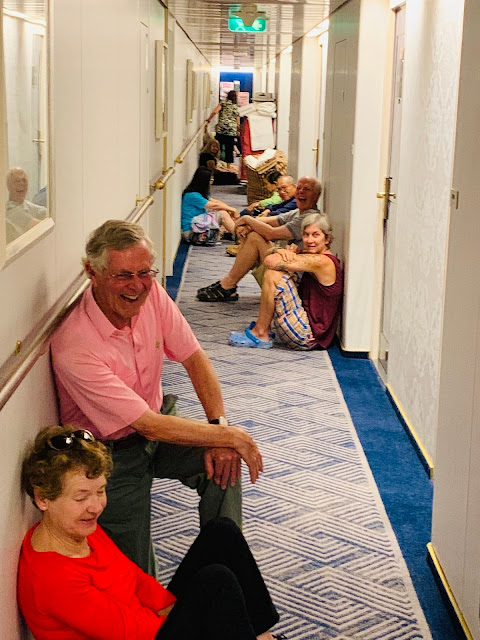