We have an excursion  booked for 12:30, so decided to take a quick tour of 'Old Town', which is a Unesco site.  Well what a treat.  This is the best preserved medieval town in Europe with living and commercial facilities everywhere. Parts date back to 400 BC, with much being built since 1000 AD starting with the Knights of St. John.  They stopped over on the way to defend the holy sites in Jerusalem and thought they might as well build a little home for a rest!

This country is very appealing with its modern facilities and spectacular scenary.  Our first stop was at an old Roman site where a farmer happened to discover  intricate mosaics under his land.  UNESCO bought the site and has been uncovering amazing history for decades.

Our next stop was where Aphrodities was born.  More mosaics and history.  Much of our English lanquage originated from these areas.

Britain controls 3% of the land area of Cyprus for use as military bases and housing.

Statue of Arch Bishop Macarrios after he was deposed by the Greek coup, located in Paphos. 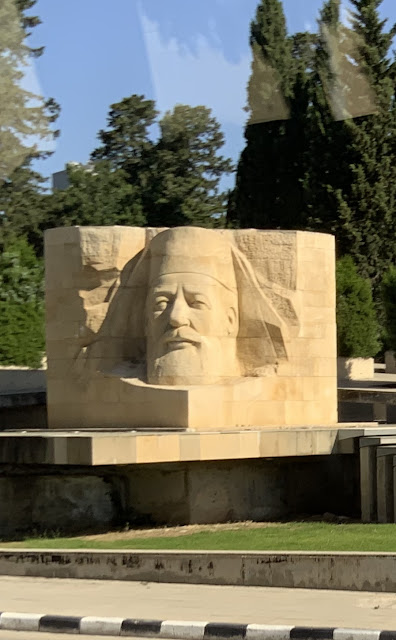 On drive to Paphos 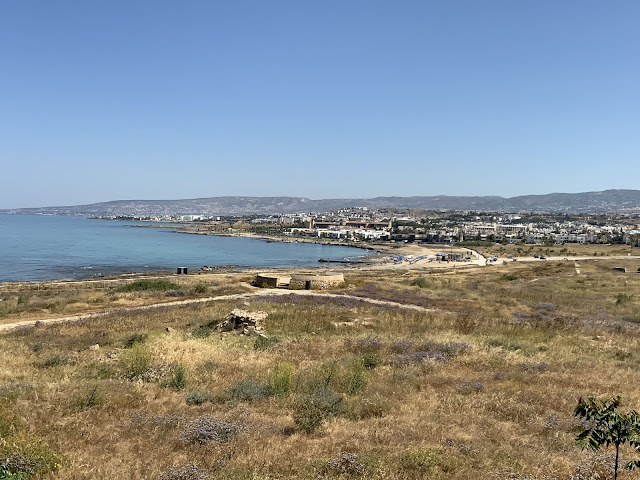 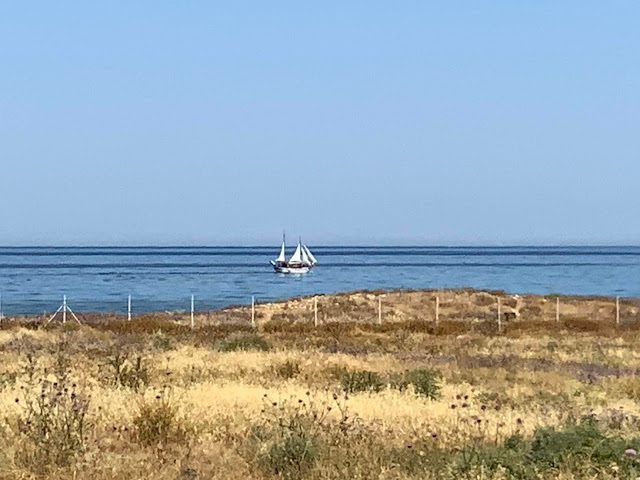 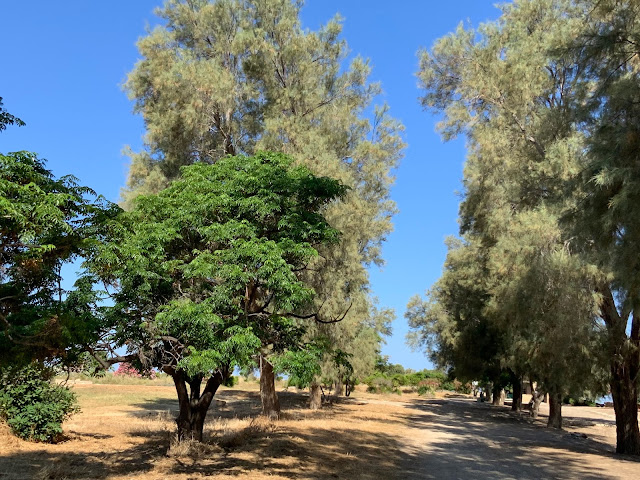 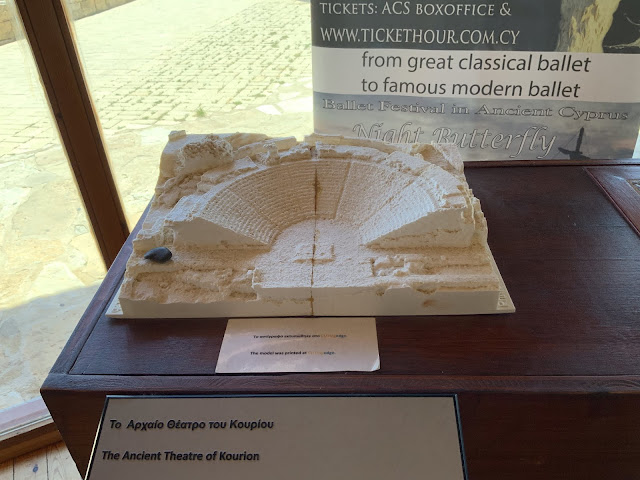 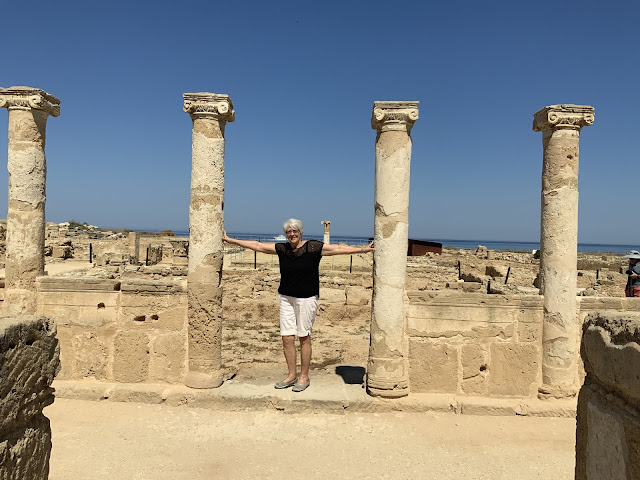 Mosaics from the second century BC 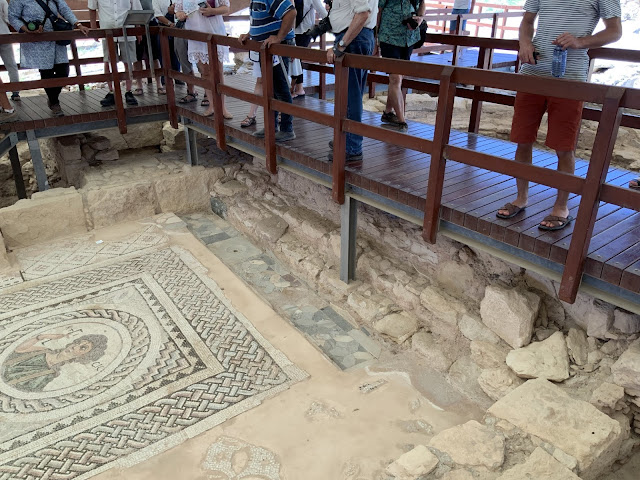 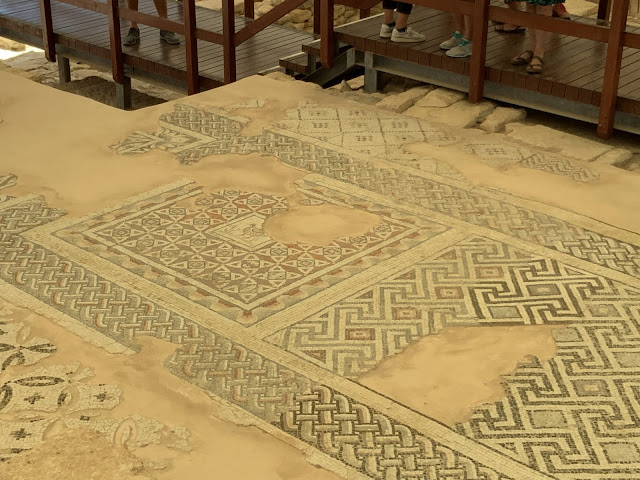 One image is of the beautiful boy who loved only himself, named Narcissus. 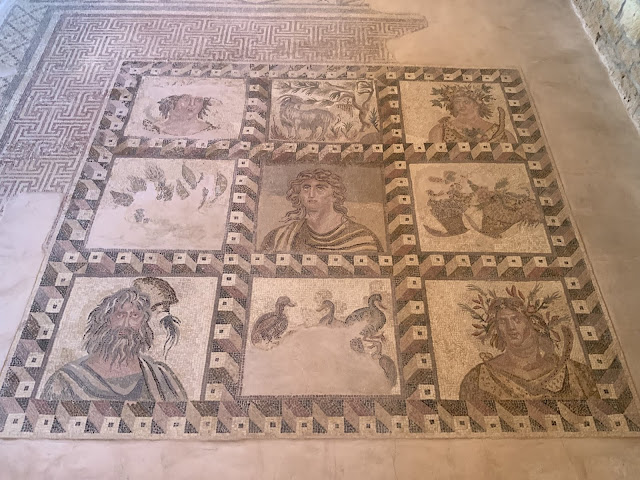 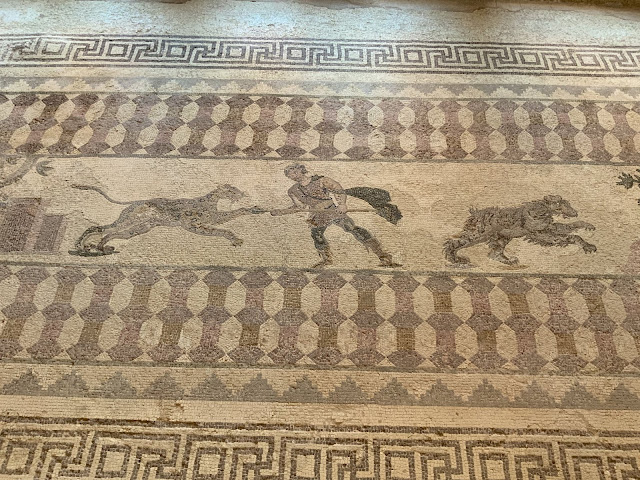 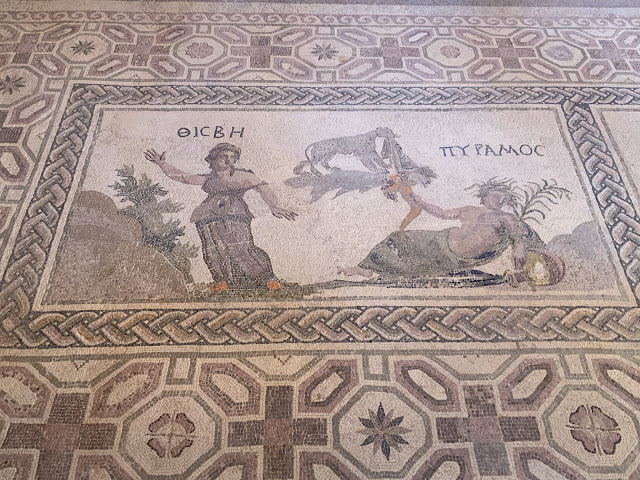 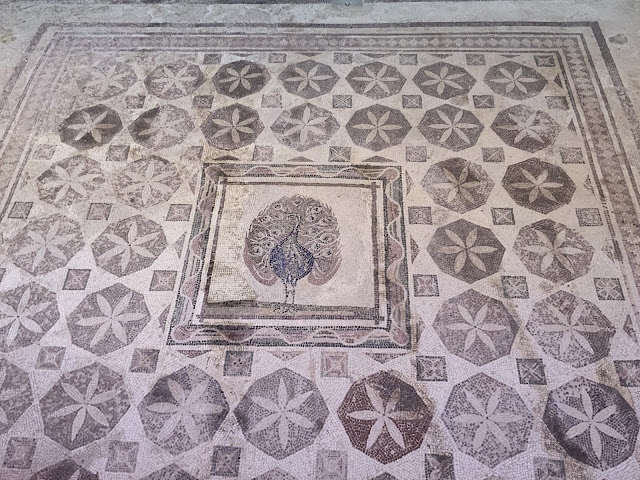 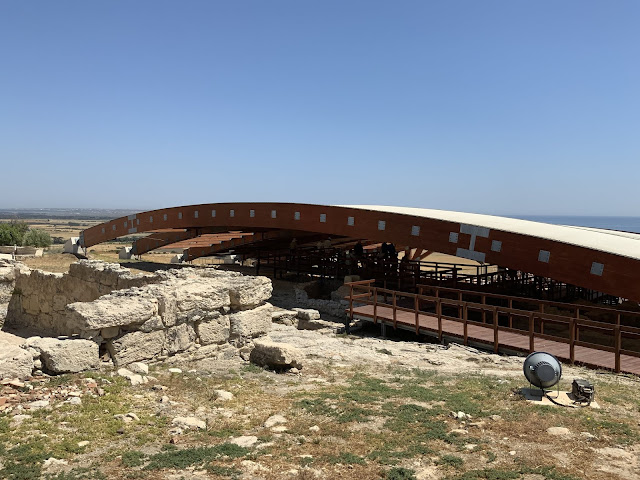 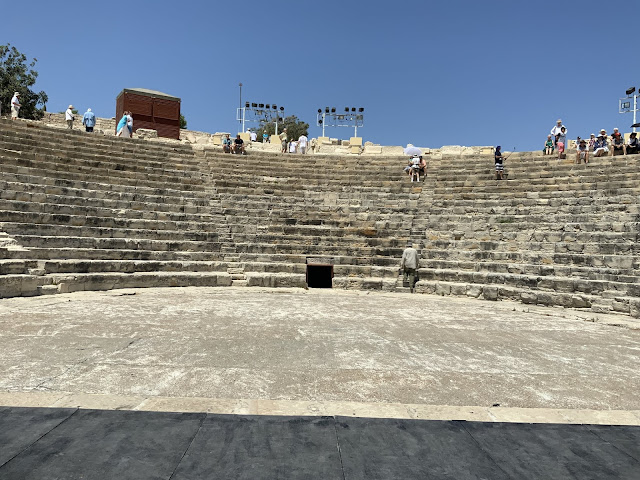 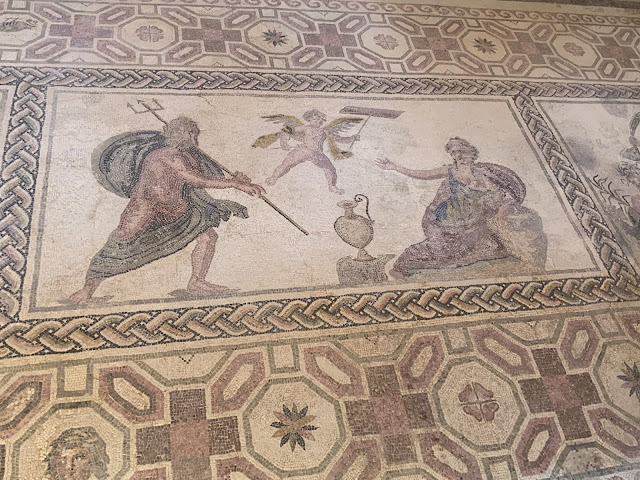 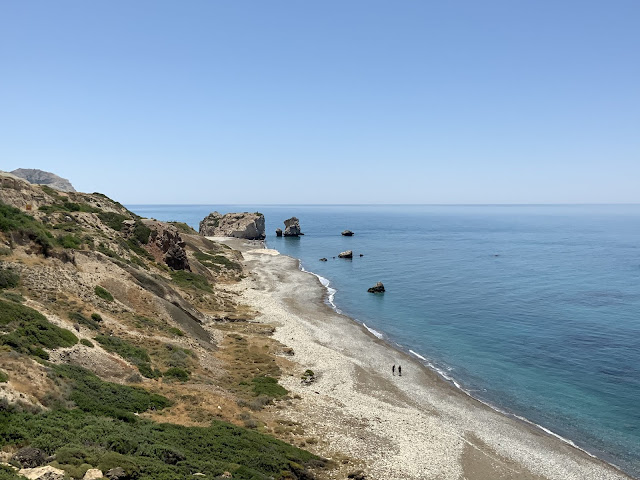 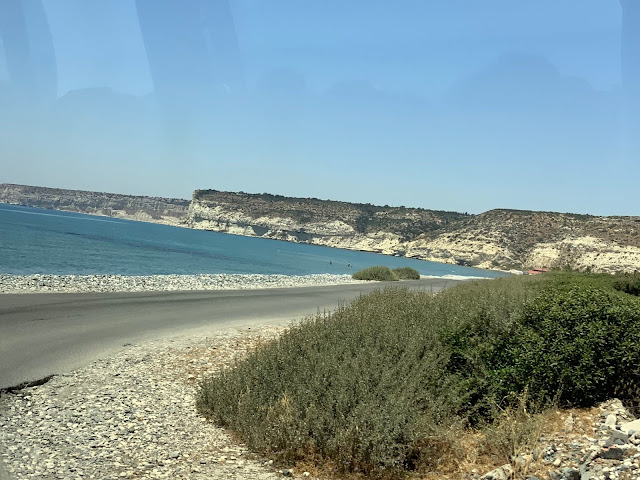 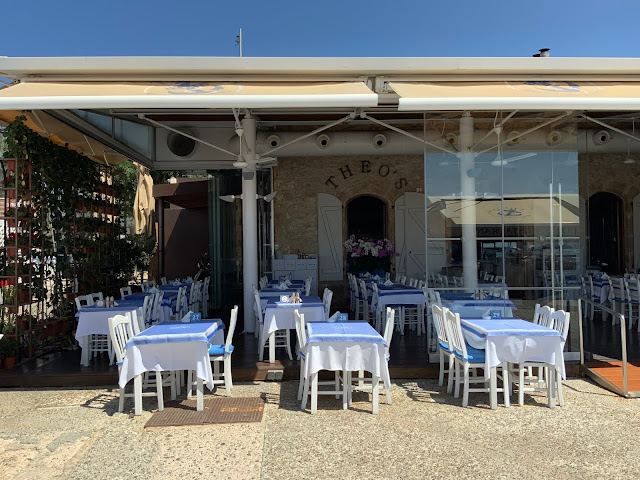 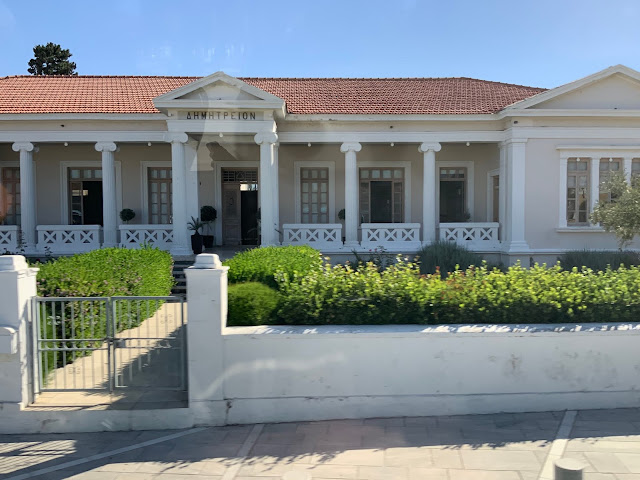