We took the 'Highlites of Salalah' excursion today for a 200 km drive along a well developed countryside interspersed with groves of palm, banana and various other fruit crop trees.  Much of the landscape is desolate but three months of summer rainfall regularly replenishes ground water levels. which supports significant vegetation growth.

One stop was the archaeological remains of the ancient city of Sumhuram.  Pre-dating Islam, it thrived between 400 BC and 500 AD, at the center of a flourishing frankincense trading route.  Back in those days, this area was lush and very productive, but global warming has had its impact.
(I just had to say that!)

Building heights are restricted to 3 floors for residents and 10 floors for commercial, consequently no cranes dotted the skyline.  True to form, however, new construction is present everywhere, so the  development pattern is not broken.  Omani homes are massive, likely 12,000 sq. ft. on average.  Can't help but wonder if they house several wives, as allowed by the Muslim faith.

300,000 camels occupy Oman and it is obvious as they are everywhere.  Drivers have to be careful with them wandering the highways too.  Camels are used for milk, meat and camel racing, yes, racing! Up to 1971, they were the main mode of transportation.

Our tour guide has an engineering degree from Germany and a masters degree from Scotland.

I will let the photos do the talking. 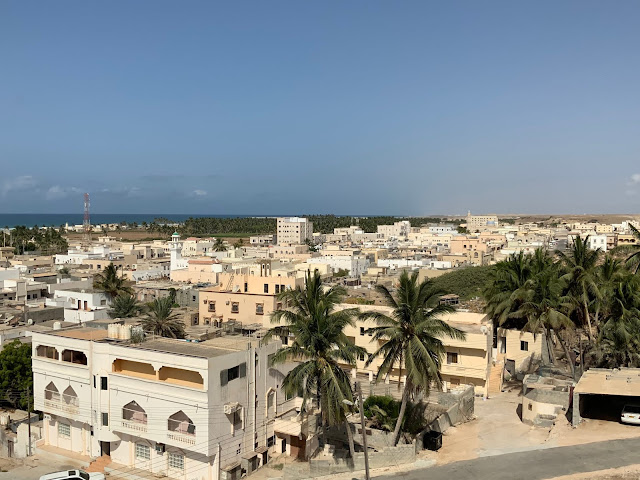 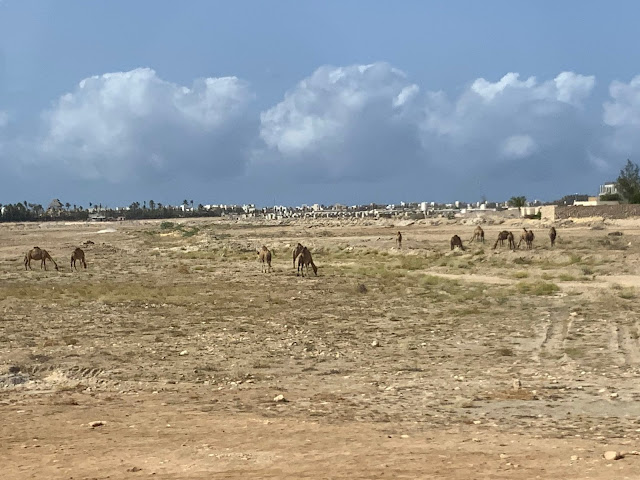 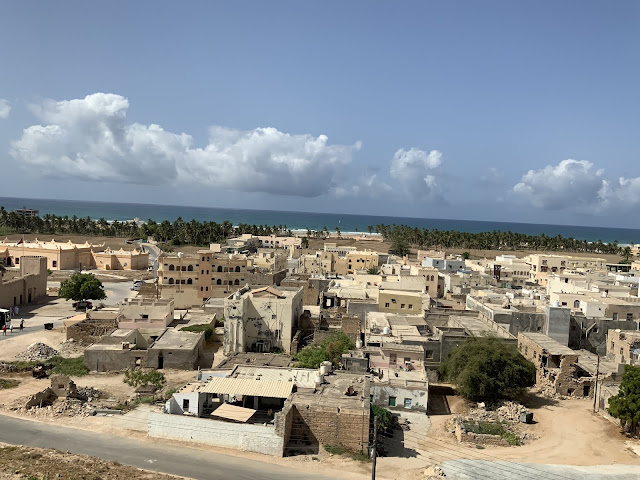 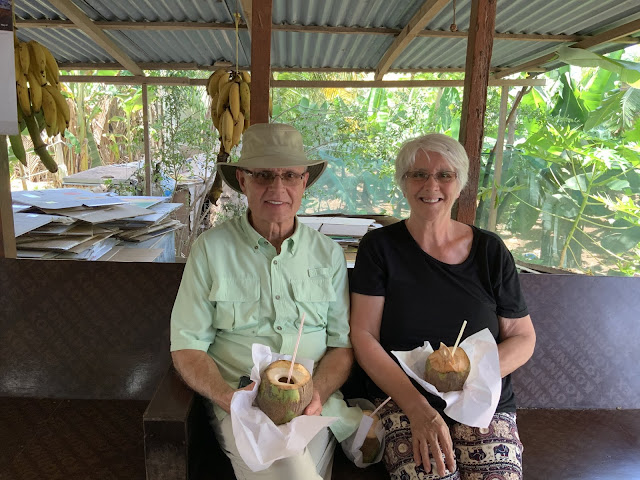 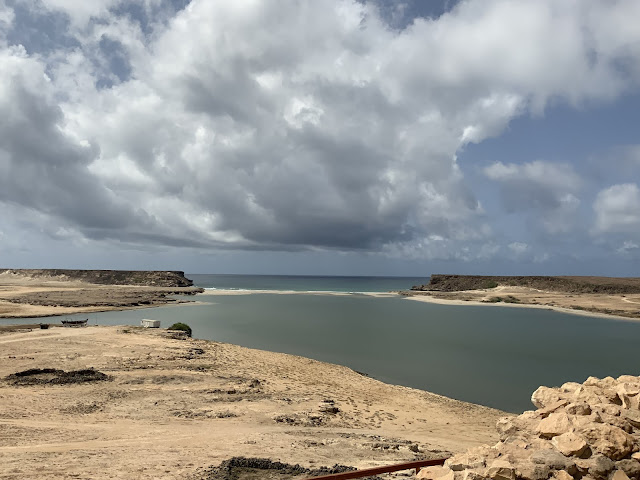 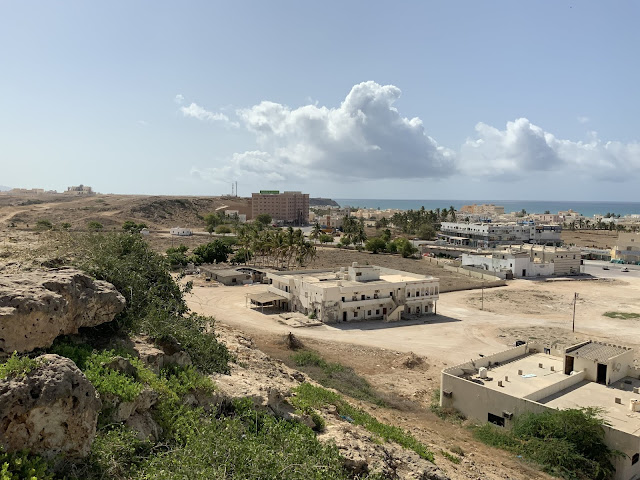 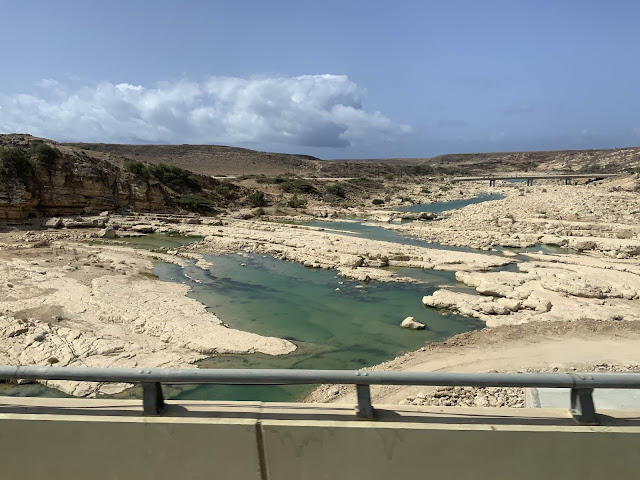 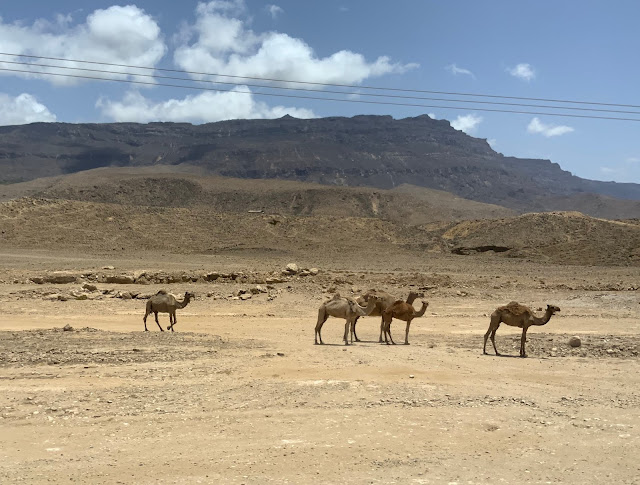 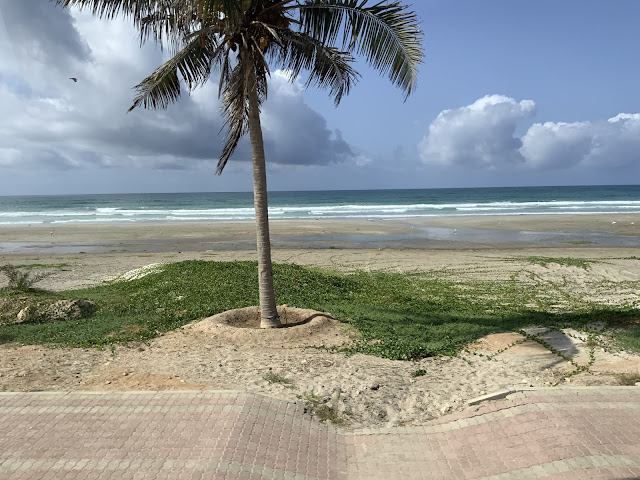 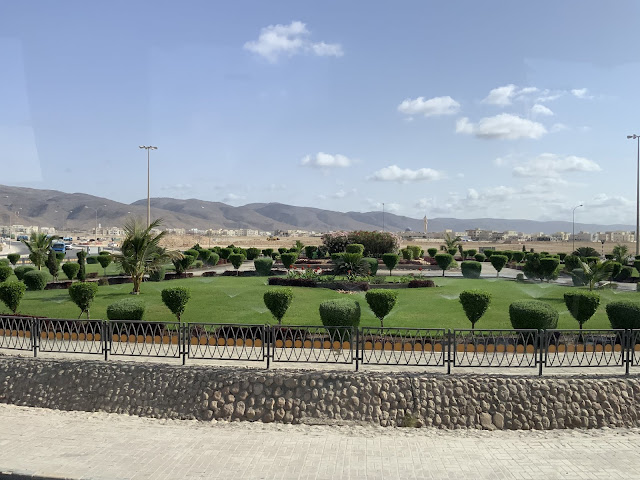 Islamic Headstones, some dating back centuries 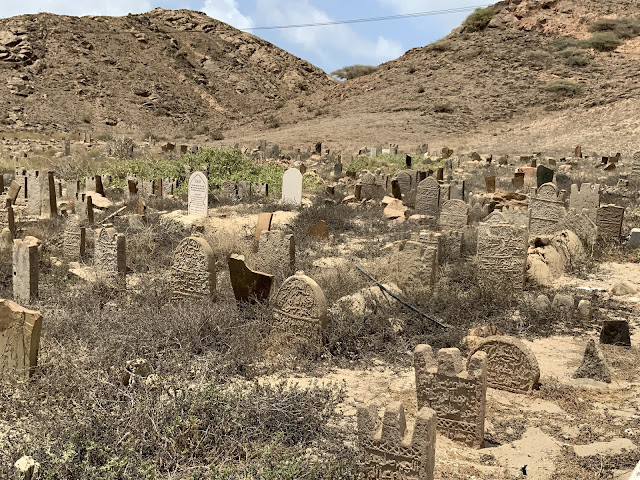 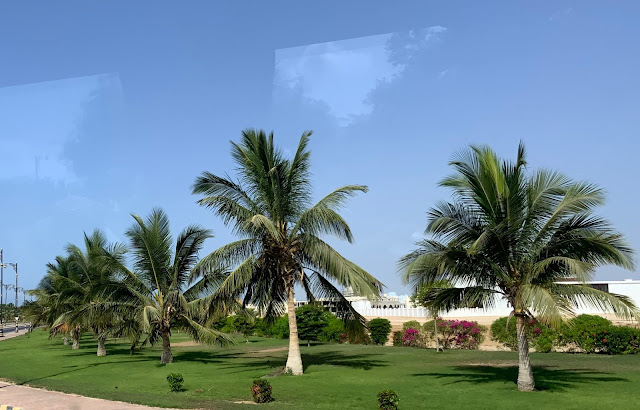 Sumhuram, walled city dating back to 400 BC 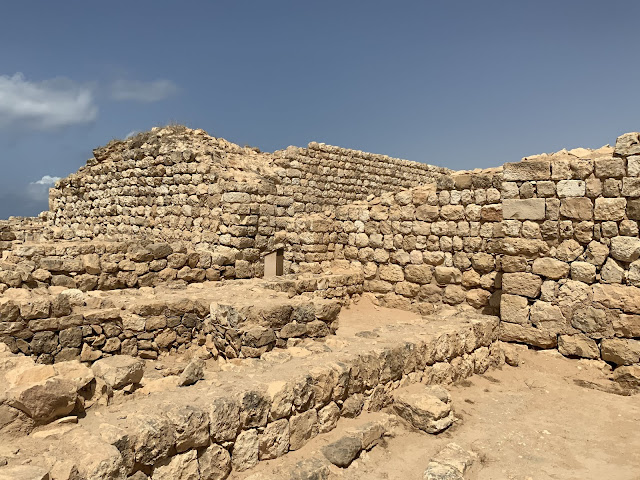 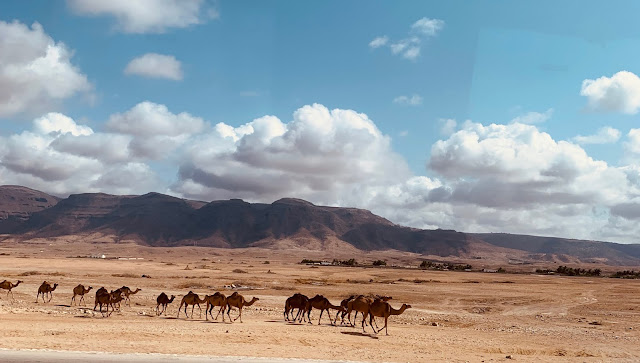 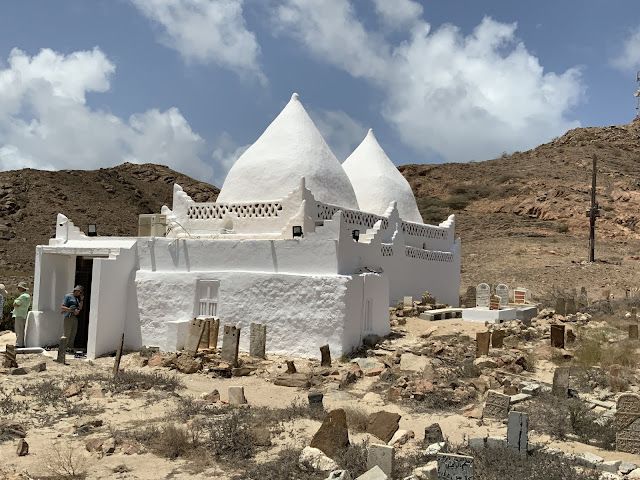 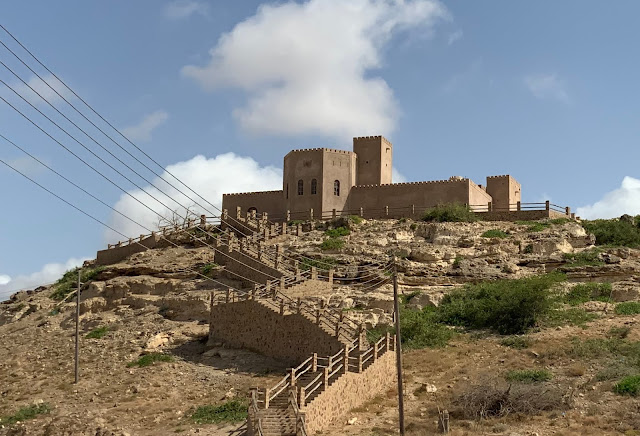 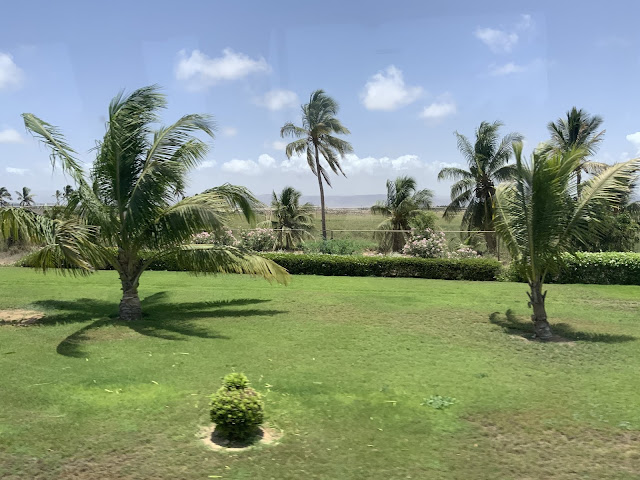 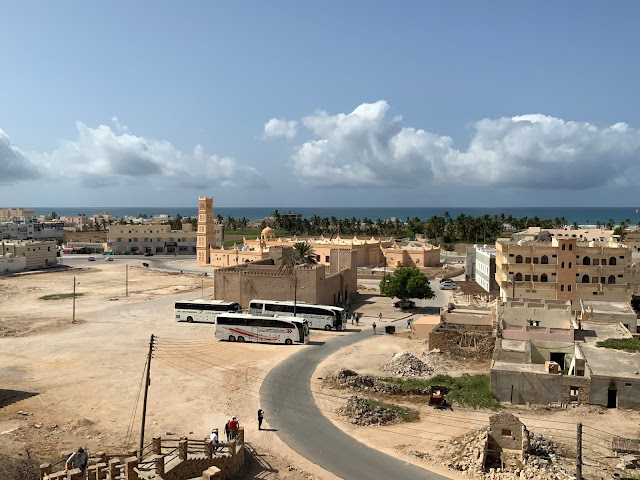 Year around waterfall in the background 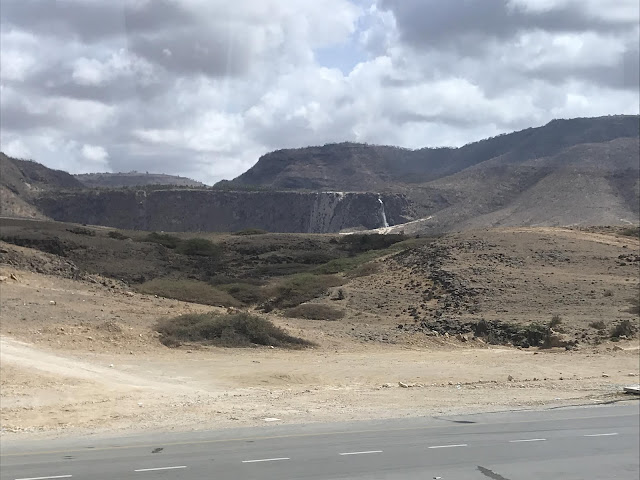