Neglected to post evidence earlier that Merrilynne gave in, after 54 years, and actually tried beer again!  The 110 F + (44 C ish) days in India drove her hydration so low that she was willing to try anything. After a little coaxing, better judgment prevailed?  She actually liked the brew but then again, this was the best beer that I have tasted too!   Bottles were 650 ml, so good value for a few bucks.

By the way, we have been able to use credit cards in every country, in most shops. US$ cash accepted almost everywhere too.  In one instance, we used an ATM, to change $6.00 US.  Crazy!

Precautions are being taken in case pirates target our ship.  Decks have been closed to passengers,: fire hoses deployed. Assumption has been that military personnel are on board for added support, and guess what?  Yup, several young, very muscular and rather large guys have been spotted around the ship, wearing unusual ear pieces, likely for communication.  The Calvary is here!  Oceania 'Management" do not discuss the subject, for obvious reasons.

Tomorrow we hopefully dock in Fujairah, UAE.  Some concern on board that the escalating tensions with Iran may be an issue.  This port is just before the Strait of Hormuz, so our next scheduled docking in Dubai may be in question too.  Hoping not.......

Yup, Merrilynne has crossed the line! 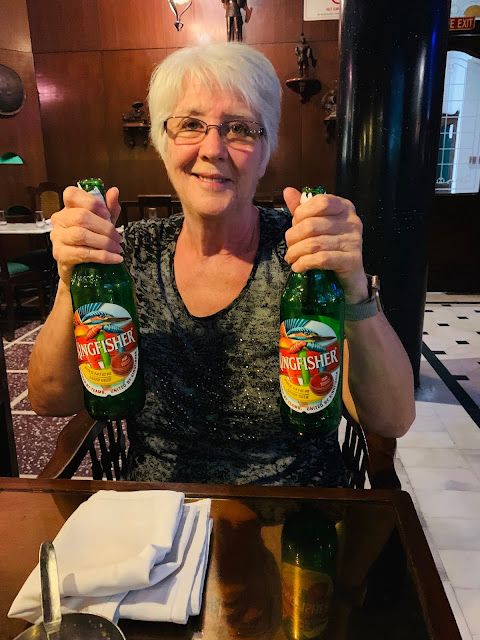 Decks are closed to passengers, fire hoses are deployed for possible use to repel pirates.  Our ship has just docked in this photo, of course, but these were the preparations for ocean transiting. 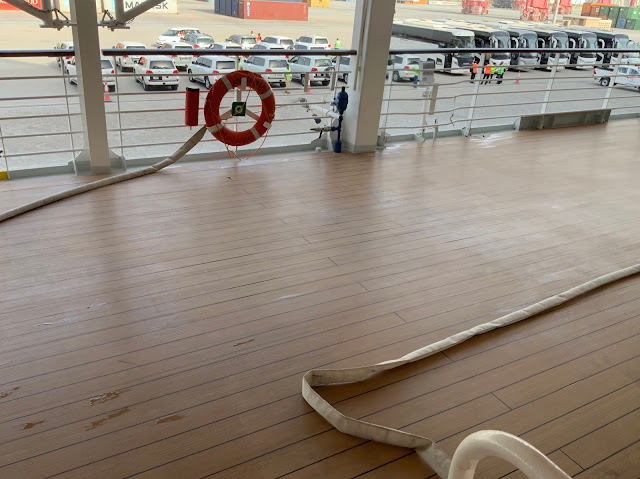 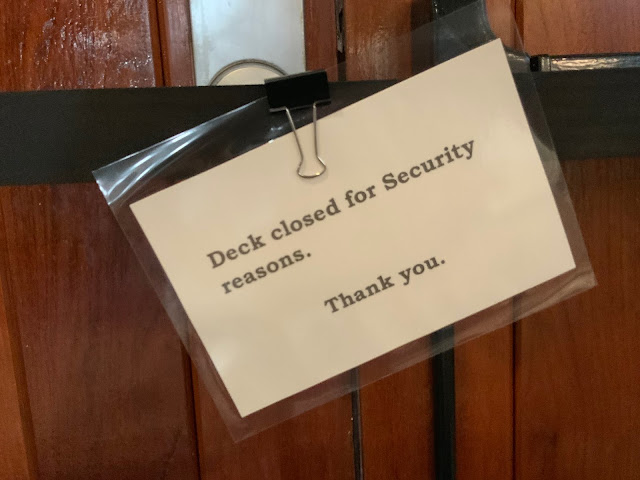