We awoke to sunshine, moderate winds, early summer temperatures and very little air pollution in the port city of Tianjin!  What a change from our visit to a different part of the wall in 2016, when the discomfort of rain was trumped by air pollution issues.

Our bus trip to the wall was rather stressful, thanks to an erratic driver who caused several near misses.  We leaned that drivers can buy licenses and I am willing to wager he is one of them!

Likely the most recognizable symbol of China, the Great Wall stretches about 13,000 miles (21,000 Km) as it winds it way through the northern reaches of the country.  Many areas have multiple parallel wall segments, thus explaining the huge length.  Construction started about 250 BC, with the intent of preventing incursions from barbarian nomads in the North.  Genghis Khan did defeat the Chinese between 1211 and 1223, initiating Mongol rule lasting until 1368, when the Ming in turn defeated the Mongols.

As we left the port, a massive building appeared looming over the 35 story apartments in the area.  Our guide wasn't informed about it, so a Google search was employed, of course.   Well, turns out it is "117 Tower", 117 stories, the second tallest building in China at 1957', behind the Shanghai Tower at 2073 and third tallest in the world behind the Burj Khalifa at 2717'.  (Dubai)

China implemented family planning in 1978 under Deng Xiaoping. Males were not allowed to marry until 25, girls till 23.  Families were restricted to 3 children, then 2 a few years later and finally 1.  If you were caught exceeding these numbers, you were assessed a penalty as high as 1/3rd of your wealth.

Superstitions cause unbalances and economic problems in China due to irregular annual birth rates.  For example, years of the rat, monkey or snake are unpopular while years of the dragon  or tiger are desirable.  Consequently, couples plan to have children in these latter years, thus causing problems for decades to come.  To name some, school sizes, teacher numbers, clothing demand fluctuations, availability of employees, retirement bulges, etc.

Included below are many photos of the several hundred kilometer highway system we travelled today, in an attempt to convey how advanced their infrastructure has become.  We visited many other areas three years ago, and this complex highway system around Tianjin is just as impressive. Also note how  every square foot of road right of way has or is being planted with trees.  Guess why?  Well their purpose is to sequester carbon from the polluted air!


Entry to to this section of the Great Wall 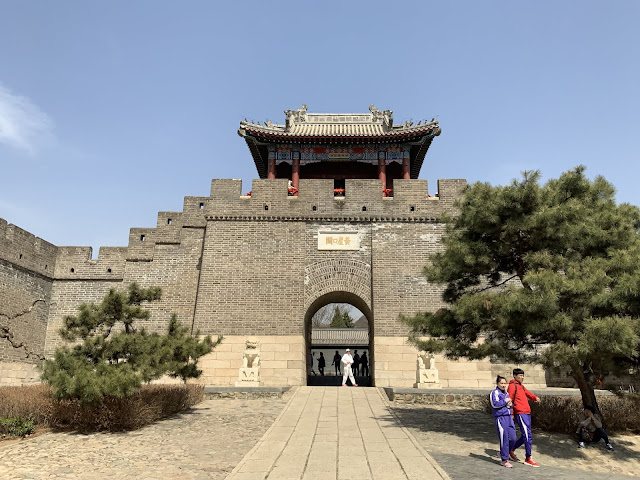 Mini wall for the kids to play on while Grandma watches and Mom and Dad climb. 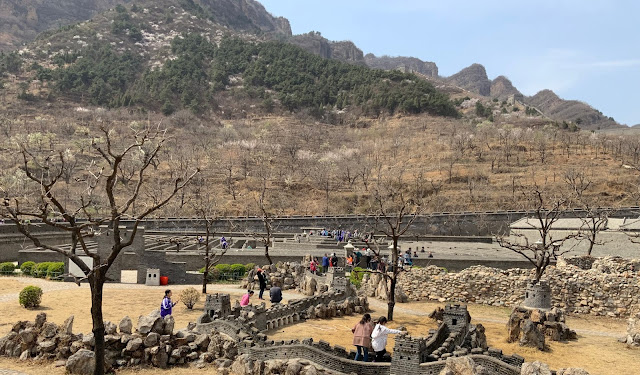 Rock maze for non-climbers, located at the base of the wall. 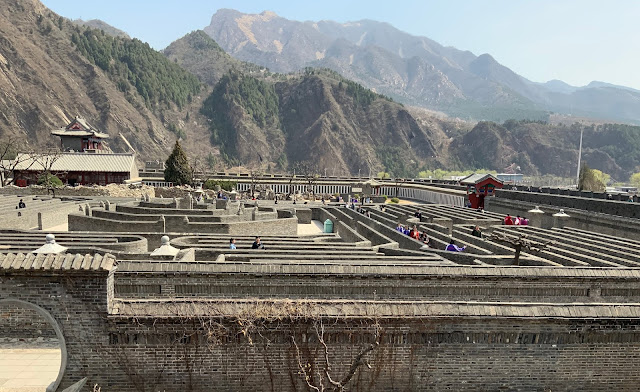 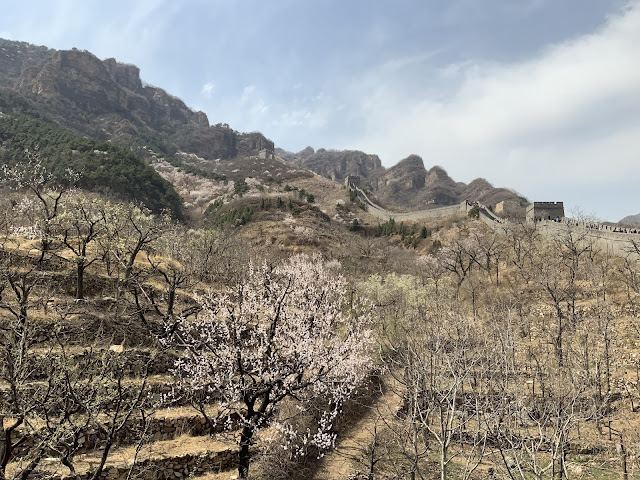 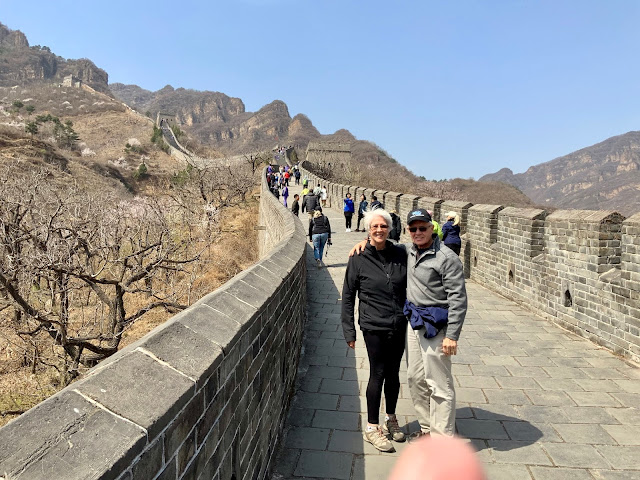 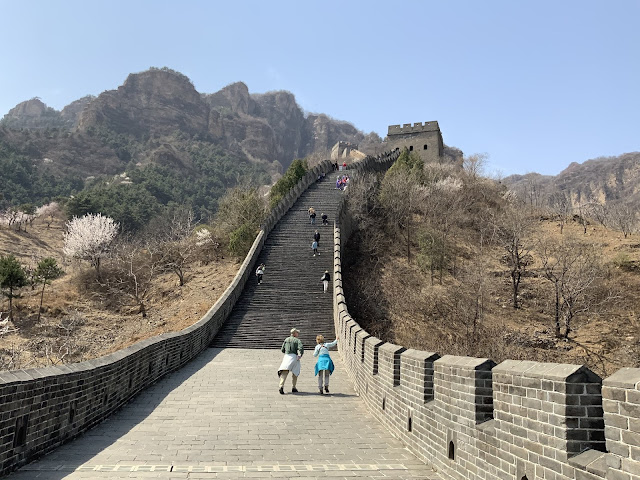 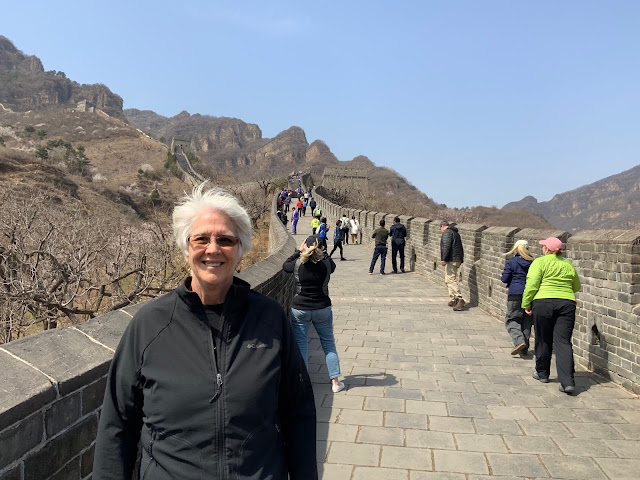 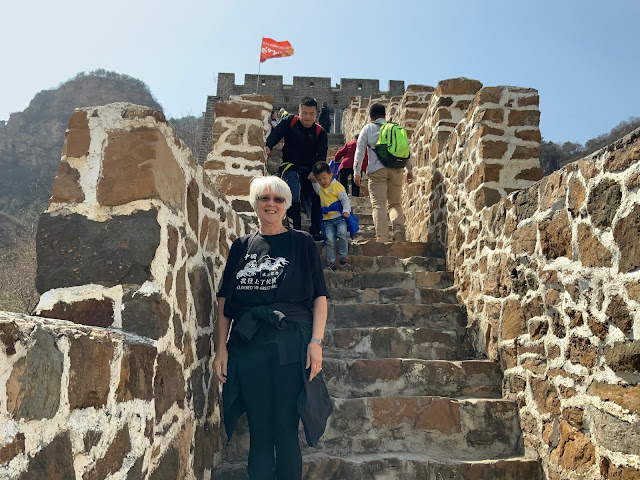 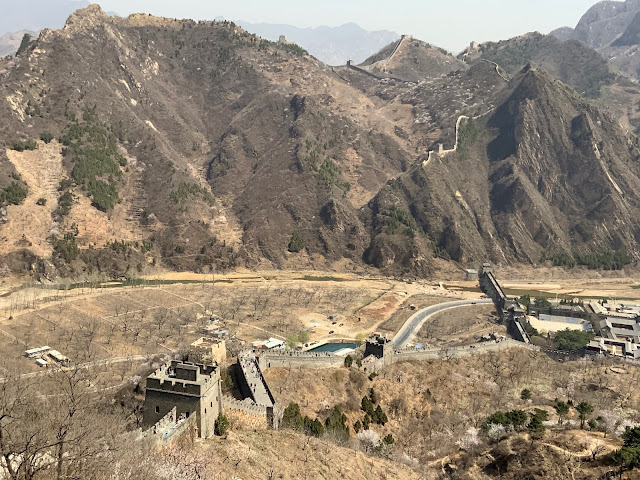 We made it to the highest point accessible to the public.  Good job Hon! 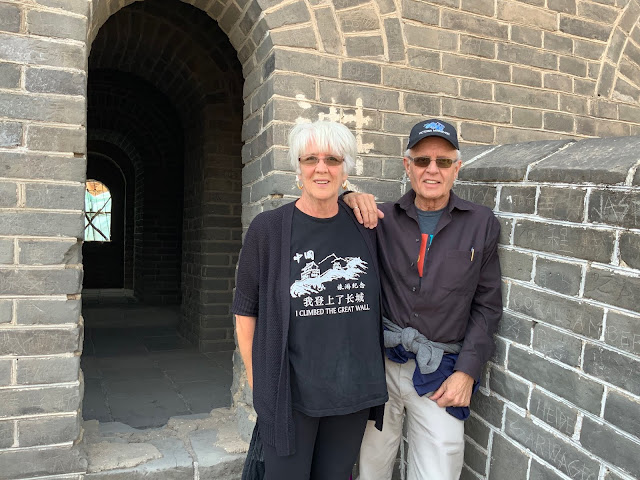 This is the highest guard tower accessible to the public.  Vendors were present with beer, water, souvenirs, clothes.  We had a great treat on a stick, semi-sweet covering like candy, bean paste interior, with a vanilla ice cream bottom to the bar.  All the food groups!

Our friend Diane, who was born with cyctic fibrocus, mounted a serious challenge to conquer the climb, carrying her oxygen generator. 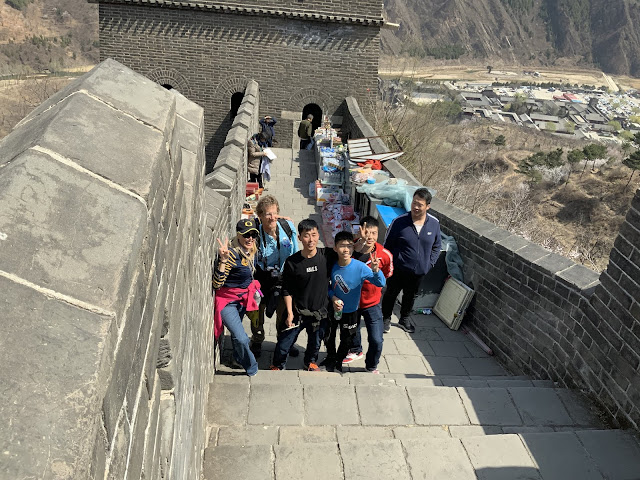 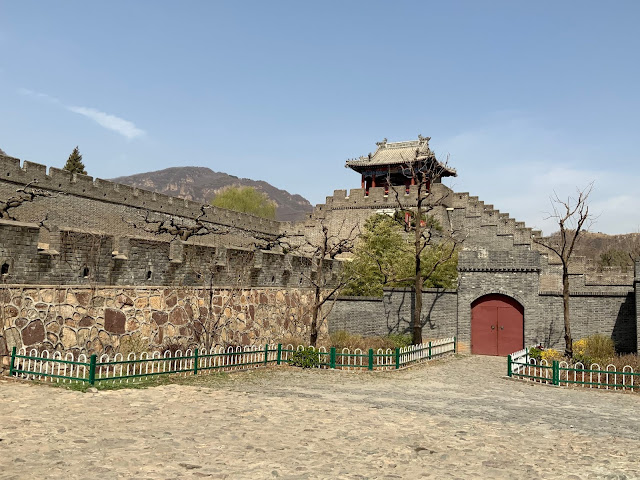 Novelty picture, as I noted the unique hand warmers for bicycles 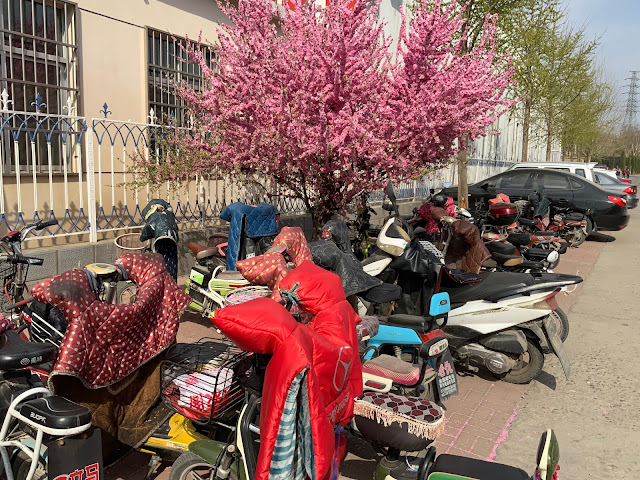 3.2 % beer served at the noon chinese lunch.  Lets not get carried away! 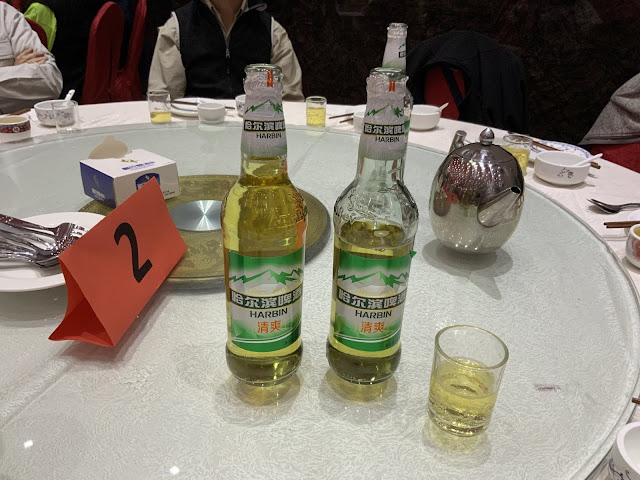 Following are a numerous random shots taken from the bus are we rolled to and from the wall.  Amazing network of roads with millions of trees planted to sequester carbon,  Every bit of free space is utilized. 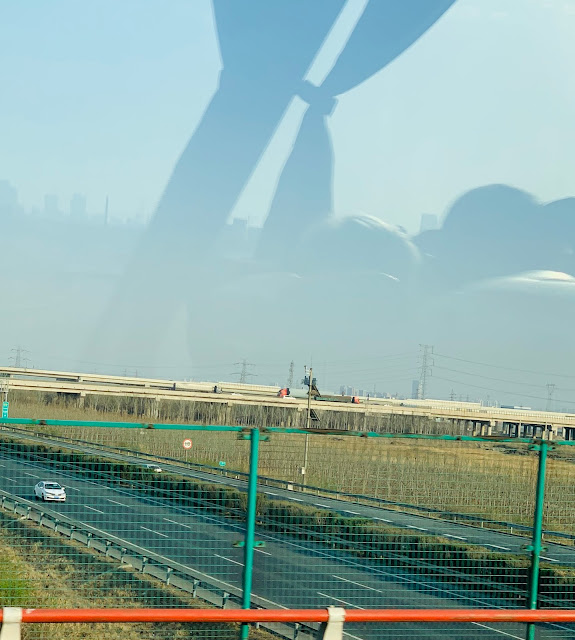 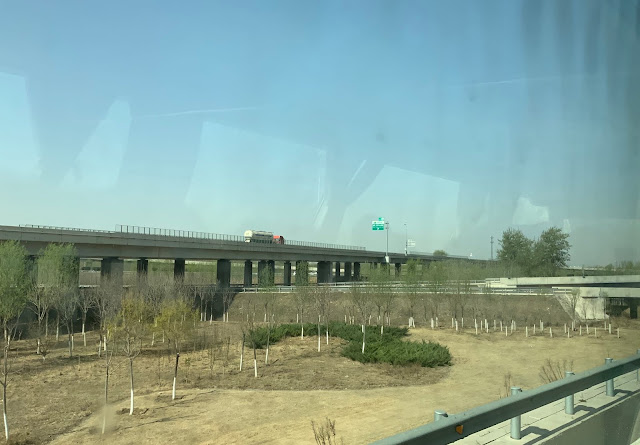 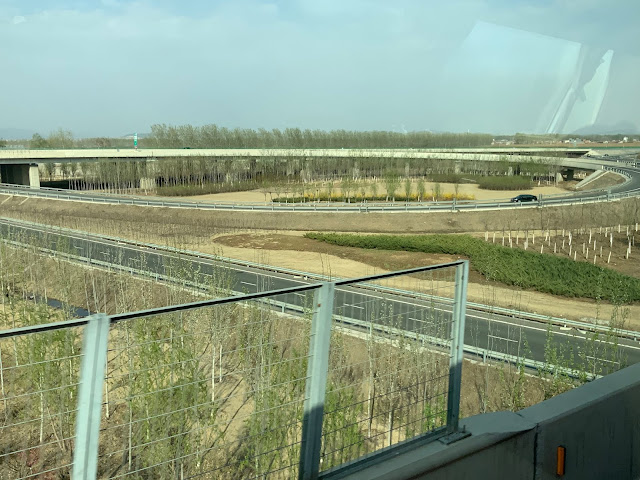 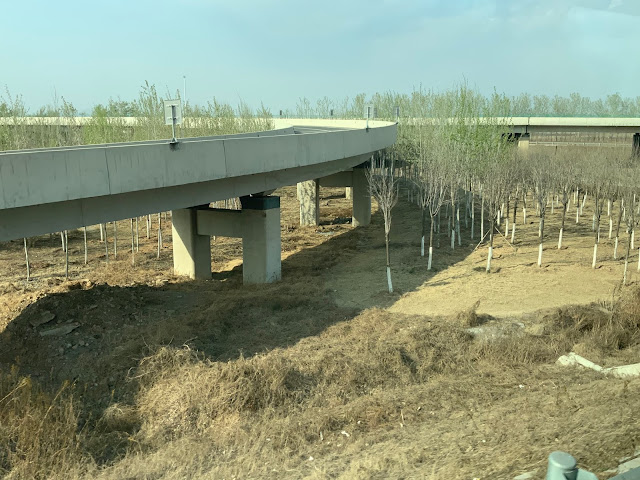 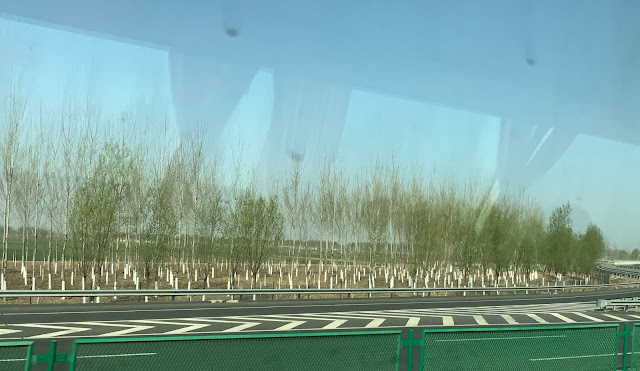 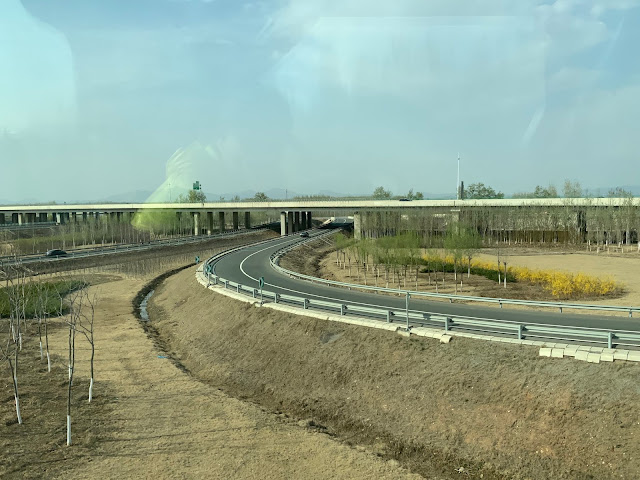 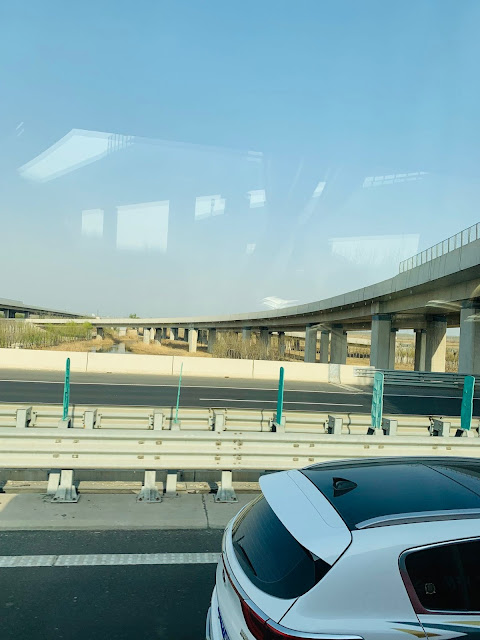 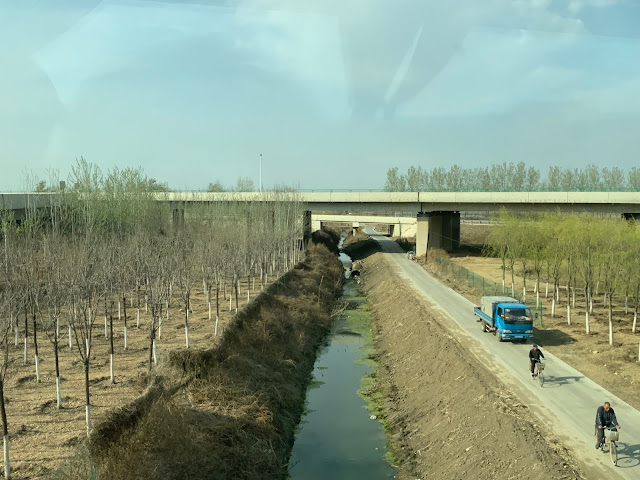 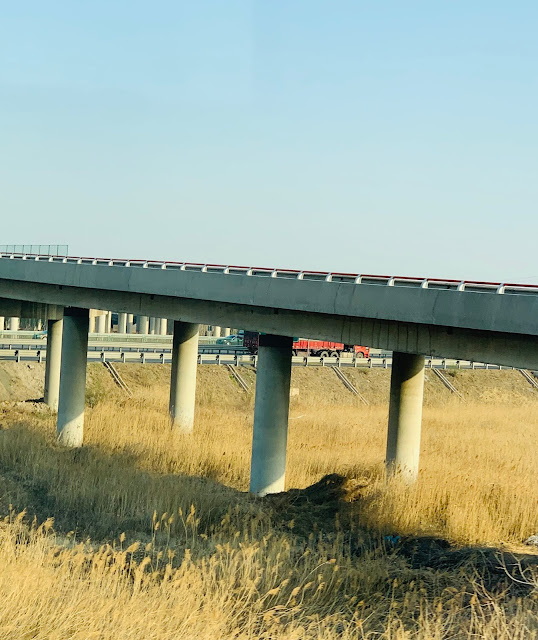 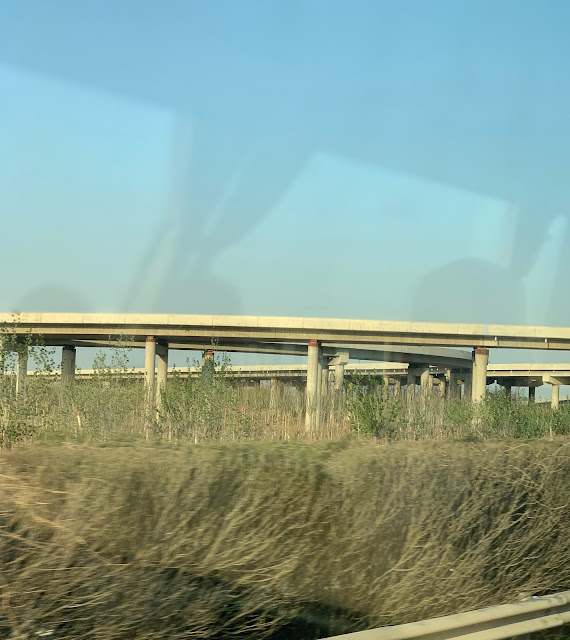 Lawrence, do you recognize these nests?  Hint, look at the photo below. 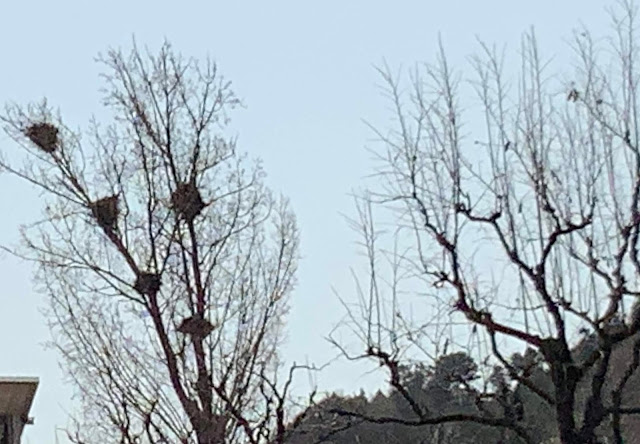 Check out the pair of feathered thieves lurking in the trees! 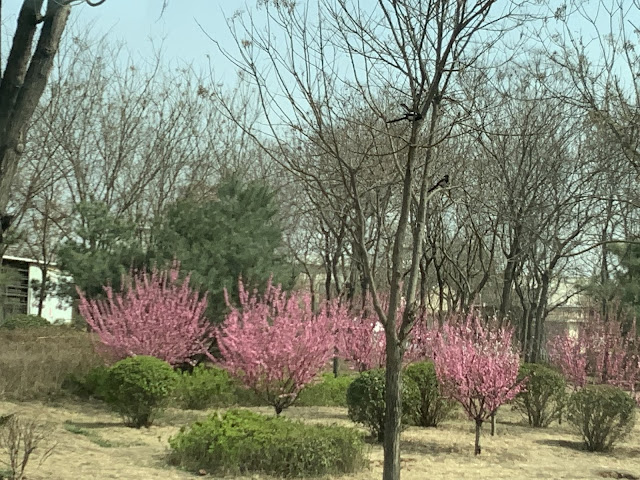 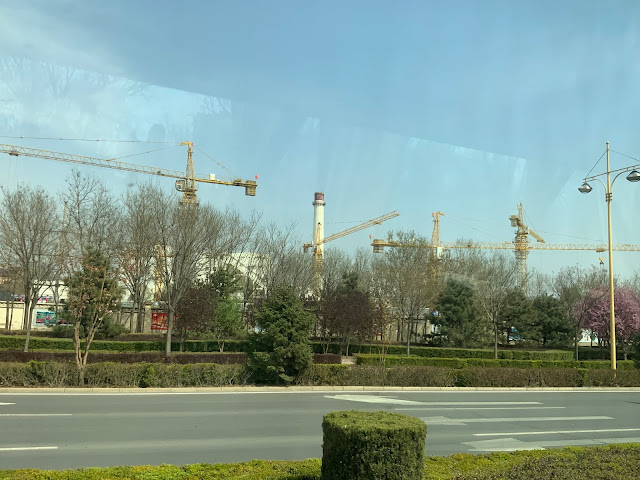 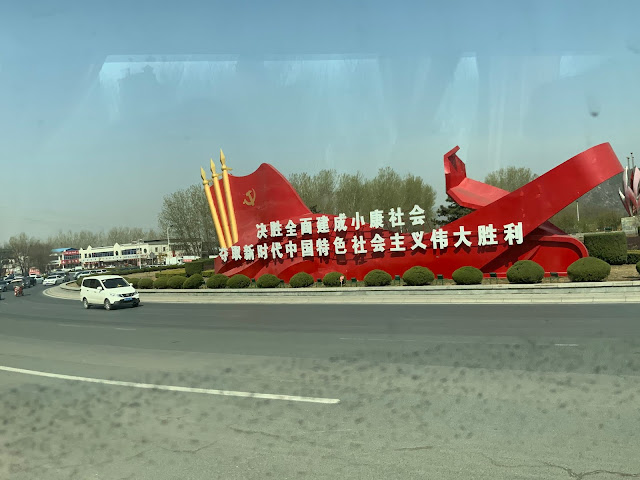 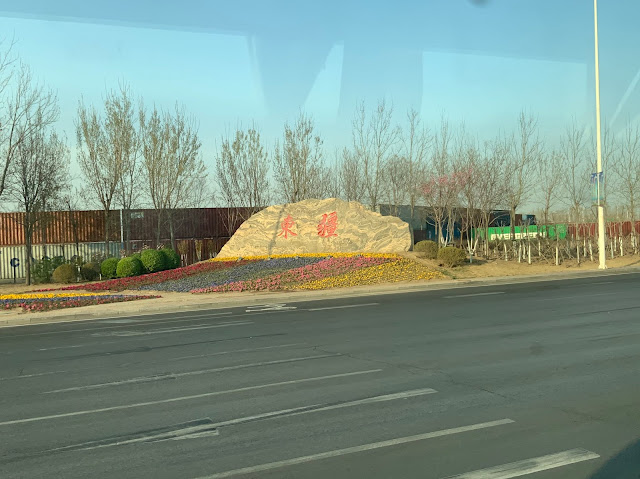