Trivia has become a priority, as we have a new team entered in the evening fray: so far five firsts for five trys!  For the record, we got 100% tonight.  Questions as follows:

1. What character had obsessive thoughts in Lord of the Rings?
2. In the 1960s, what musical featured the song "Truly Scrumptious"?

3. What is the formula to calculate the side of a right triangle?
4. What country produces sriracha hot sauce?
5. Kareem Abdul Jabar is the all time scoring champion of NBA?  T or F
6. How many pounds in a ton?
7. What Italian dessert translates to "Pick me up"?
8. What is the name of the progressive insurance TV advertiser with the bee hive hairdo?
9.  What is rhino horn made of?
10. In JM Berry's novel Peter Pan, what did the crocodile do?
11. Name the street Sherlock Holmes lived on?
12. What is the real name of Sardarh Gauthama?
13. How many squares are there on a scrabble board?
14. What is the dwarfs' occupation in Snow White and the Seven Dwarfs?
15. Which planet is closest to the sun?

Sea day with a special seafood noon lunch for the "Around the World", accompanied by staff in appropriate attire!   There are 330 out of 680 passengers booked for the 183 days.. 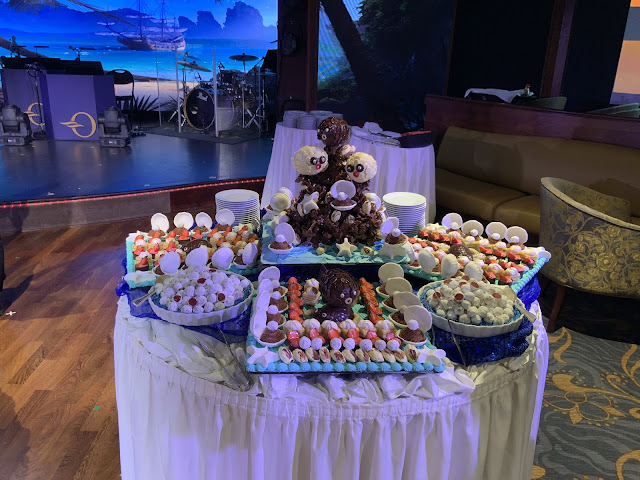 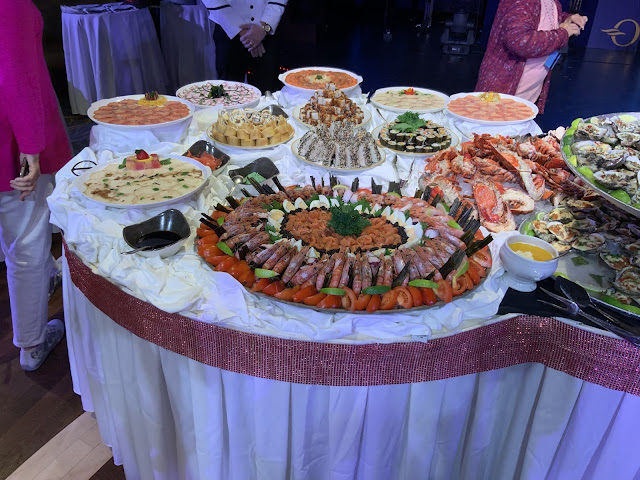 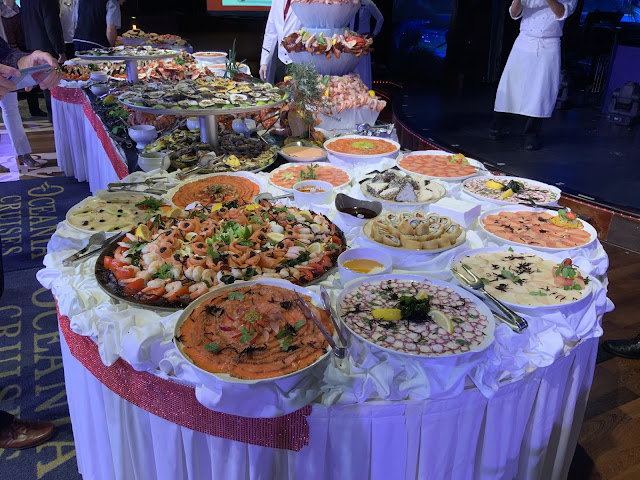 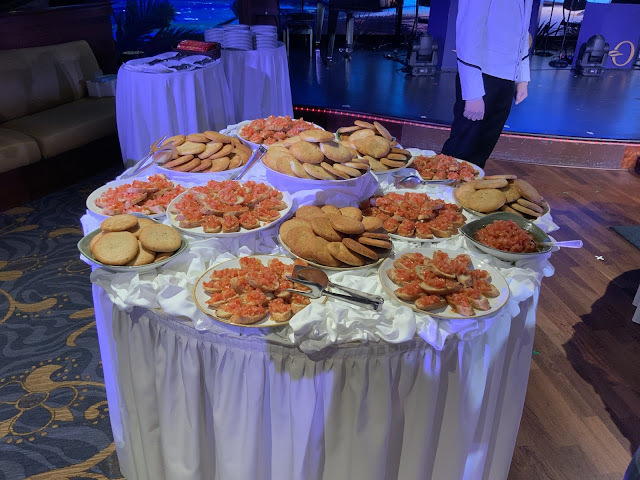 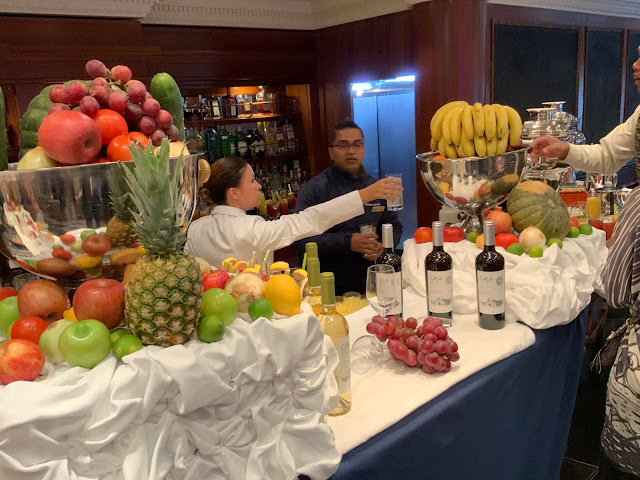 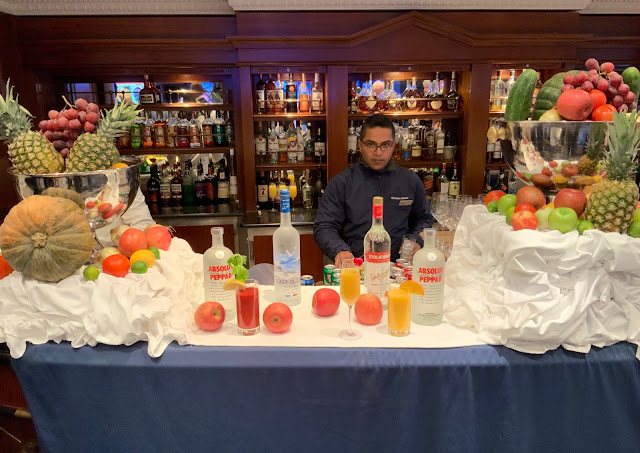 Couple of the ship entertainment cast. 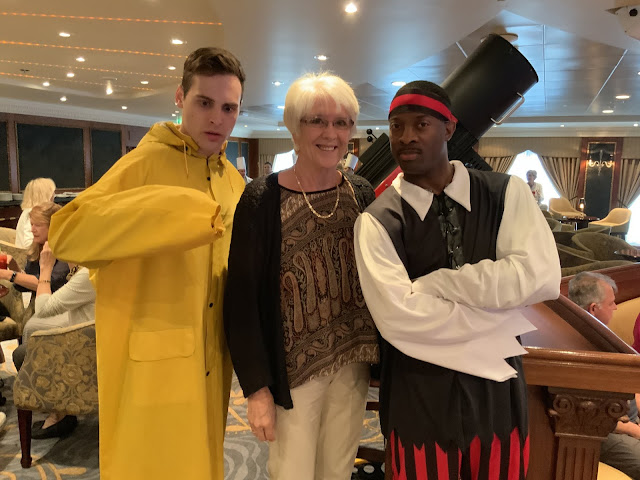 Mural being produced by travellers 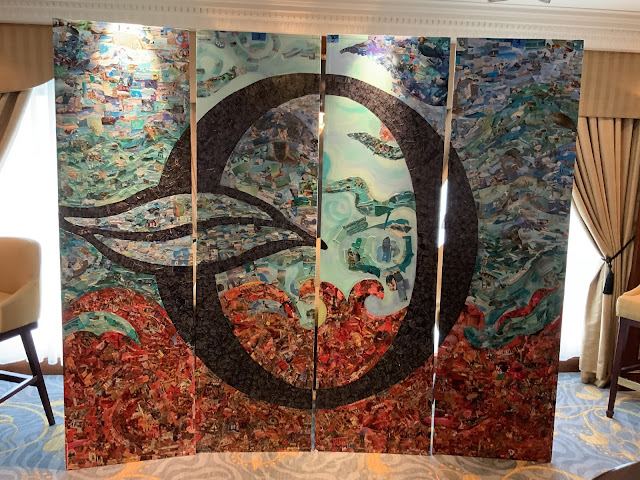 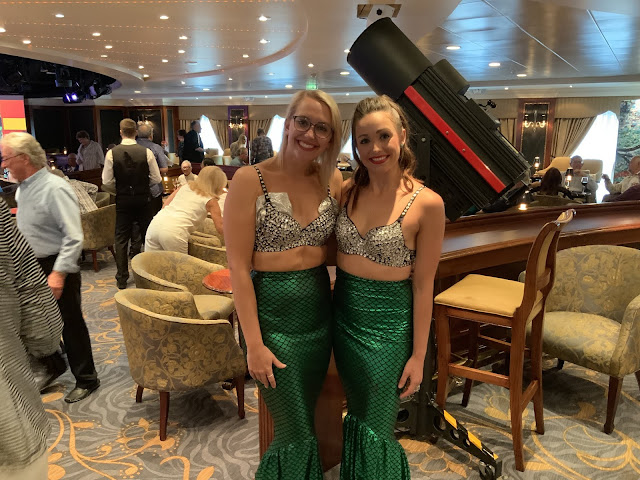