Few bits of history about the area:

- Phuket is one of 77 Thai provinces
- Thailand has 40,000 Buddhist Temples, unfathomable how they sustain this expense.
- Rubber (Latex) is number one export, but ironically rubber trees were imported to Asia from South
America.
- Tin mining started here 400 years ago but many mines have closed due to economics and
ecological  concerns.
- Tourism is number 2 revenue generator.

Once again I am impressed by the advanced state of this area.  We drove for 4 hours on a divided, 4 to 6 lane highway, with nice landscaping, bridges and modern facilities everywhere.  This area is called a third world country?  Well isn't it interesting that we are facing a 2,500 km drive to Trilogy this fall, a journey over which two thirds of the roads will be 2 lane.  Something is wrong with this picture!

Limestone formations in the National Park 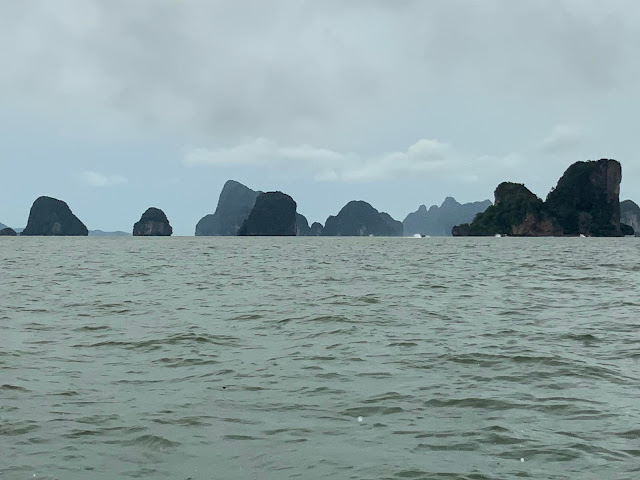 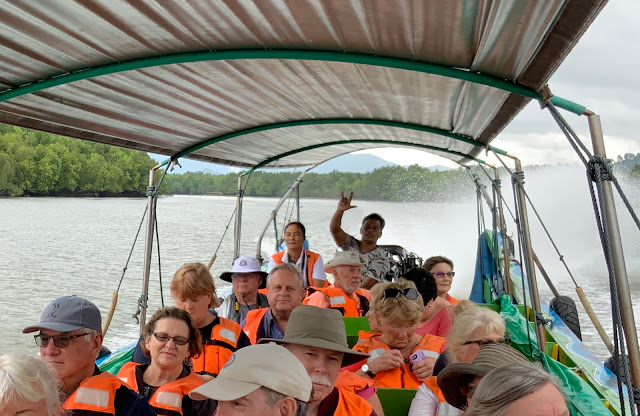 Beautiful rock formations in the park 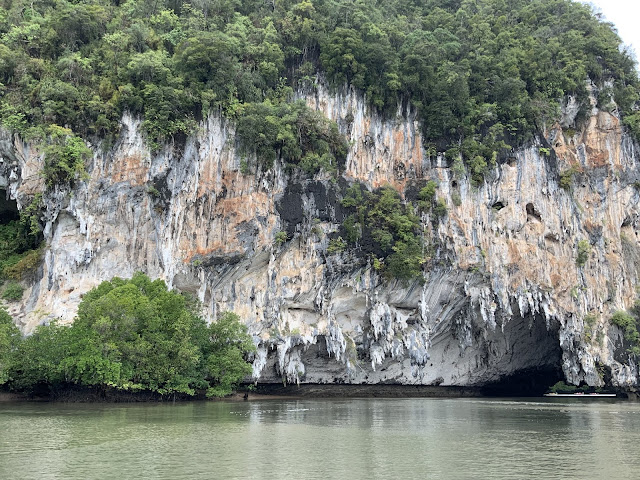 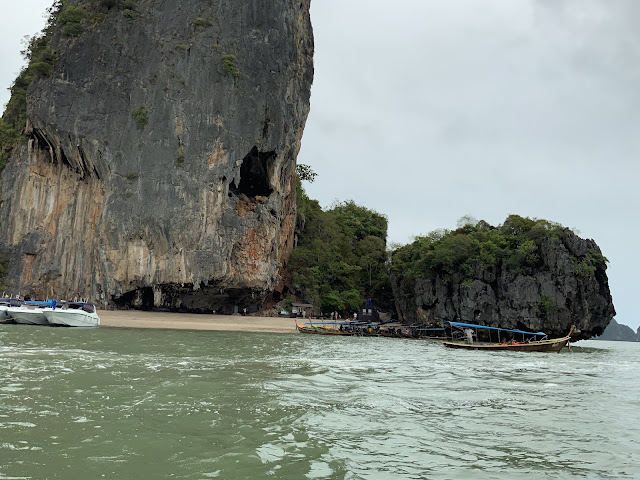 Kao Ping-Gan island, where part of James Bond film, "The Man With The Golden Gun" was filmed in 1974. 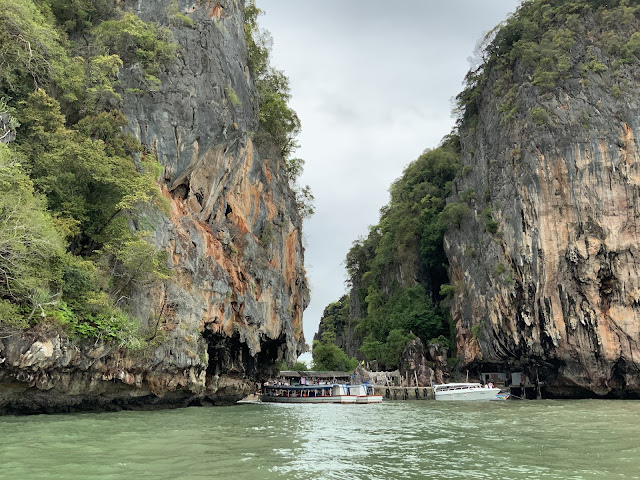 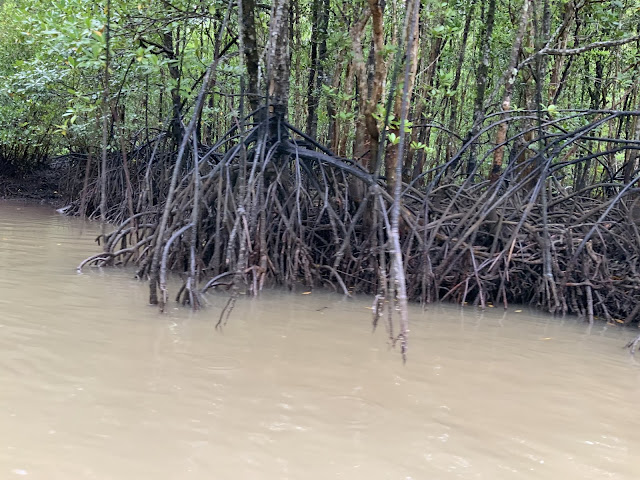 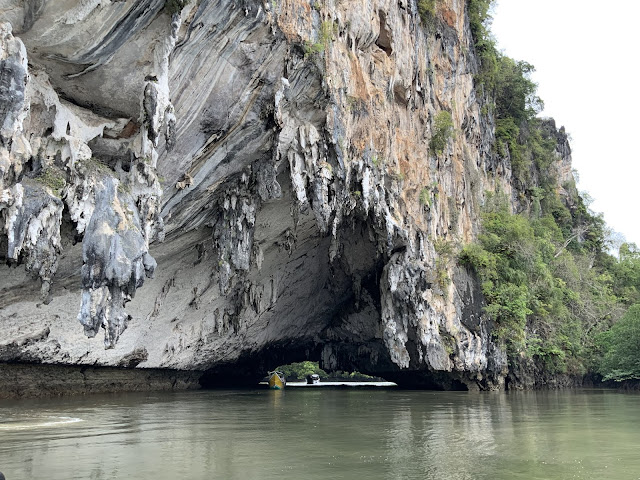 Note the opening under the massive cliff 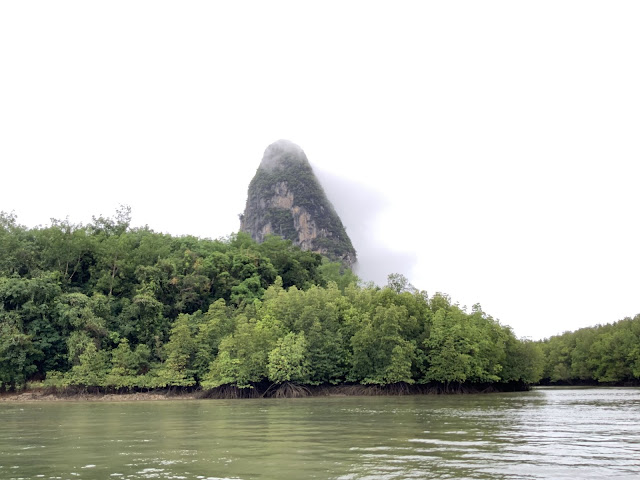 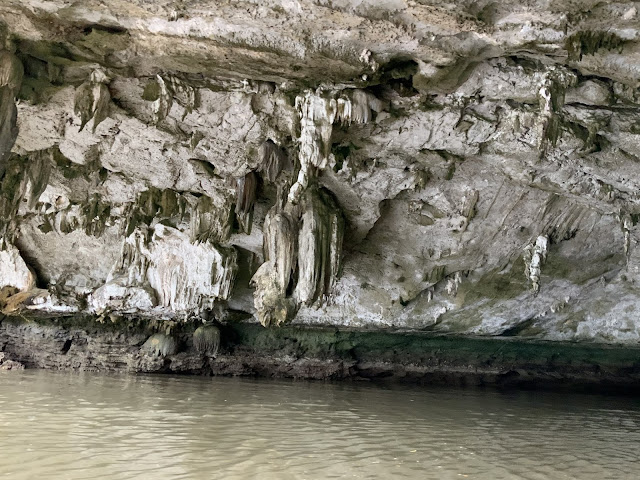 Boatload of our ship mates, scooting past us like raiders in the night. 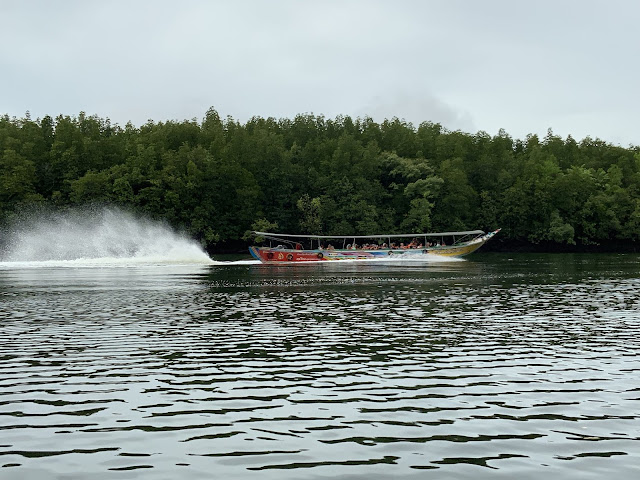 200 years ago, about 50 Muslims settled on a acre mud bank under the rock backdrop.  Over the years, they have added buildings on piling to the extend that over 1100 people live here. Seems like most amenities available, like Internet, solar power, refrigeration, stores, mosque.  Fresh water is supplied via an under sea pipeline from the mainland.
Probably a safe, defensible location back in the day. 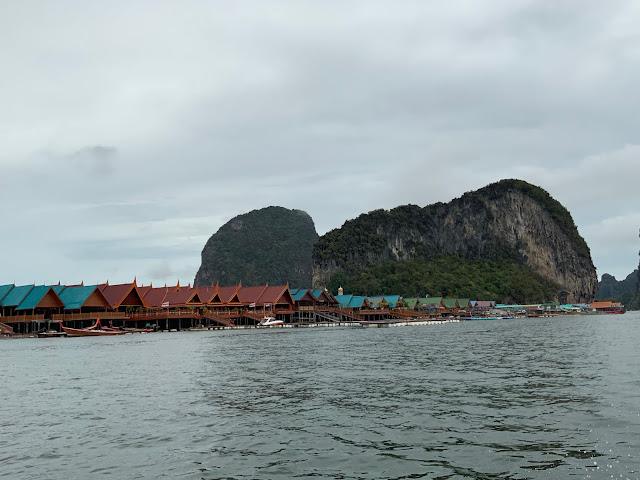 Proud girl with her umbrella 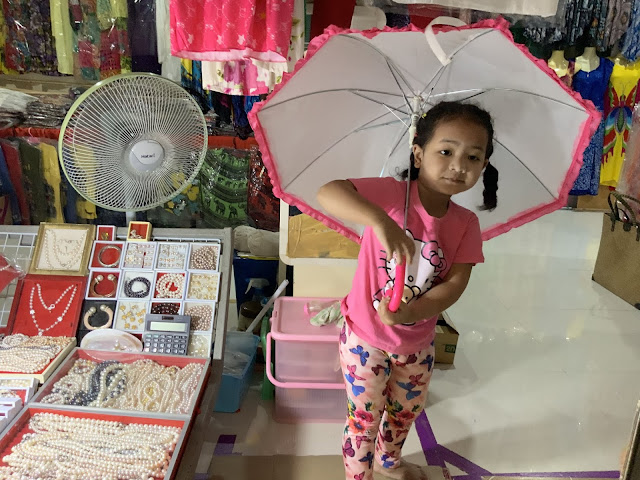 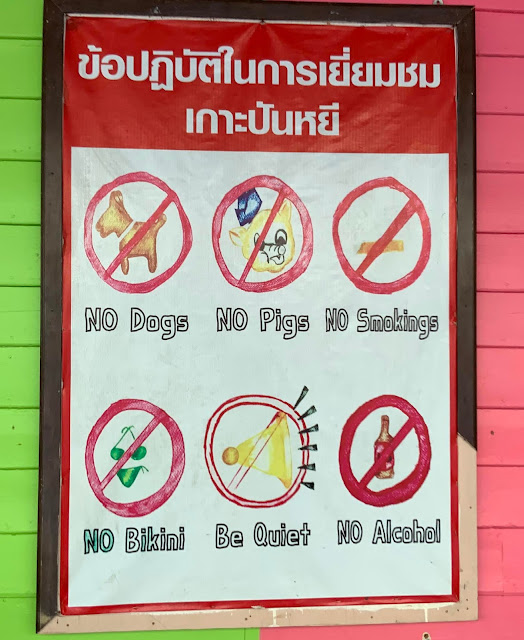 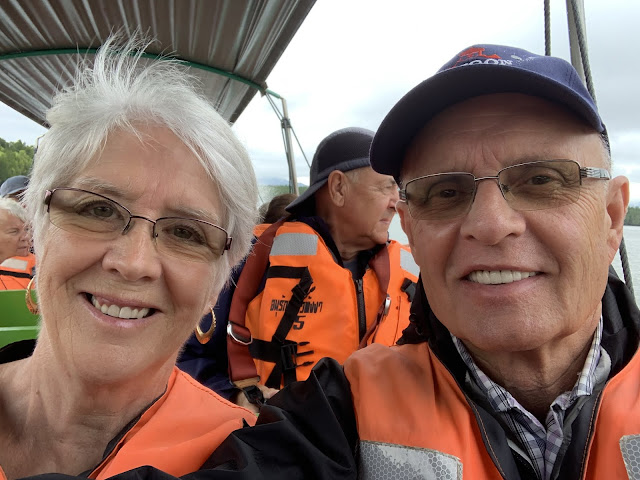