Singapore is an independent city state located on the Southern tip of the Malayan Peninsula, which had increased it land area 25% over the past 200 years, by sea infilling. Total area is under 300 square miles, made up of the main island and about 50 islets. It is obvious standards are high here in all areas such as building codes, personal conduct, highway construction and general city appearance. Most buildings in this massive financial center were built in the last fifteen years and new construction continues unabated.

- Personal income tax rate is 8.5% up to $300,000 and 17%  over that income. (Flat tax Alan)
- Corporate tax rate is 21%,  go figure!  Maybe someone talked to these people, just saying.
- Traffic is manages through a stringent system whereby new vehicle purchasing permits (Cost of
$30,000 to $60,000) are issued to replace existing used vehicles which are either destroyed
or exported.
- 80% of residents live in government subsidized housing at a cost about 10 to 20% of market value.

Must comment that Singapore was the site of the greatest capitulation of a British Army in history when 38,000 British, 19,000 Australian, 67,000 Indian and 14,000 Malayan troops surrendered to the Japanese in Feb., 1942.  3.5 years of hell followed for these troops, with many dying of starvation, abuse or being killed.  Numerous atrocities were committed by the Japanese, including the slaughter of several hundred doctors, nurses and patients in the Alexander Hospital.  Due to intelligence leaks and code breaking, the Japanese knew much about weaknesses and vulnerabilities of Singapore, which they exploited to great advantage.  30,000 troops captured the city.

Today was the end of a segment between Tokyo and Singapore, with the departure of many of our new friends, we are sad to say.  Pictured below are the key members of our Trivia team who won first or second most nights, with a couple perfect scores.  Going to be hard to find other experts like you guys! Pictured - Howard, Lonnie, Hayden Carol (Our Leader!), Ron and Merrilynne.

Doug Wagner and Carol head back to Montreal.

Tom and Donna Weinstock return to Trilogy, in Arizona, where we winter. Small world.

We will definitely see these great people again, soon! 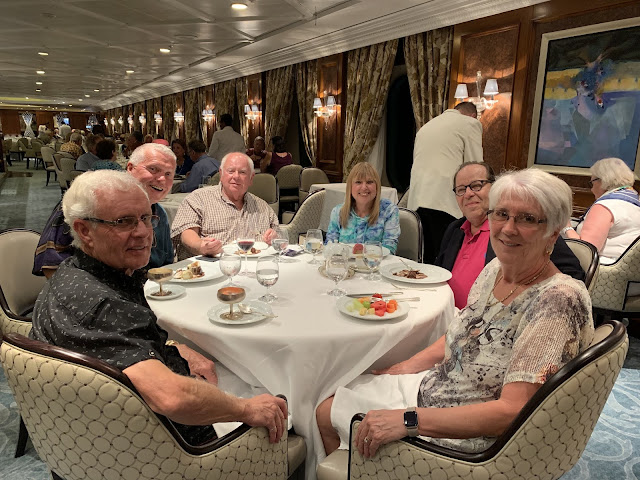 Amazing Marina Bay Sands Hotel.  Built on land reclaimed from the sea at a cost of $7 billion, paid back in 3.5 years!  Several Photos below taken from the 56st floor viewing decks. 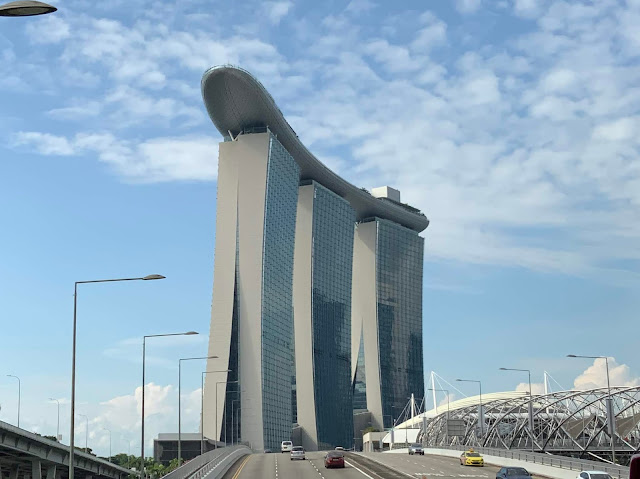 Soccer field built over water beside the Arts Science Museum, built to resemble a hand or something! 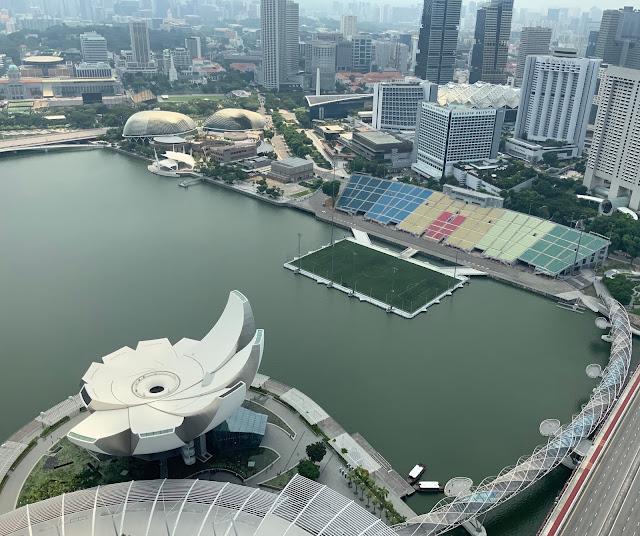 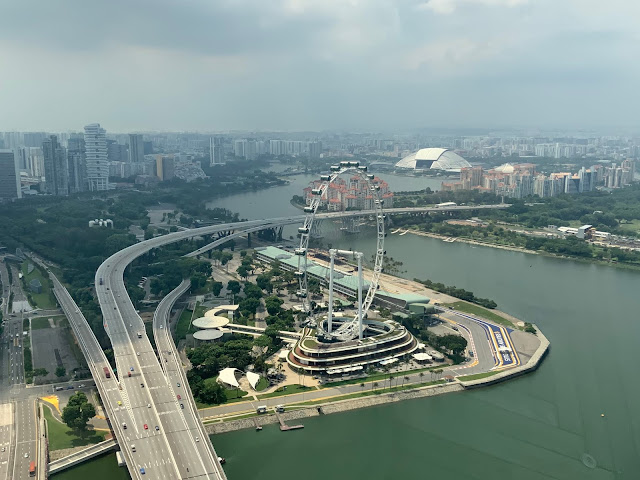 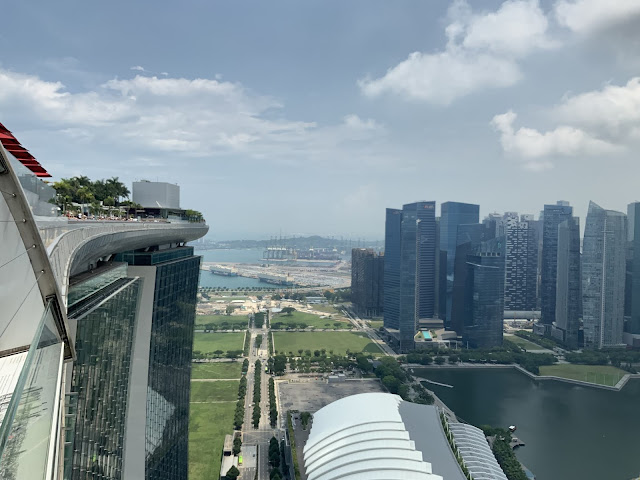 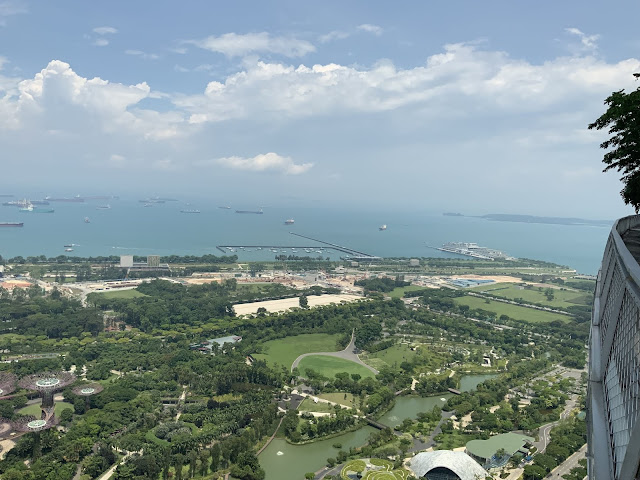 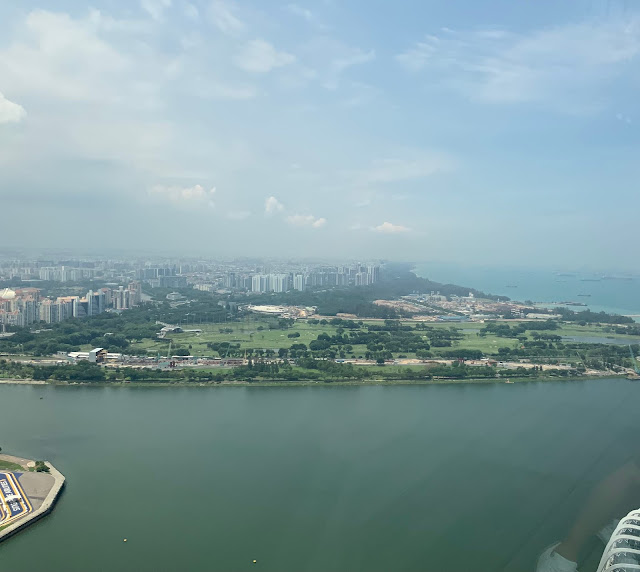 The white-ribbed domes are conservatories, Flower Dome and Cloud Forest, beside the Singapore Gardens by the Bay.  Note the metal artistic tree representations called the Super Tree G|rove. 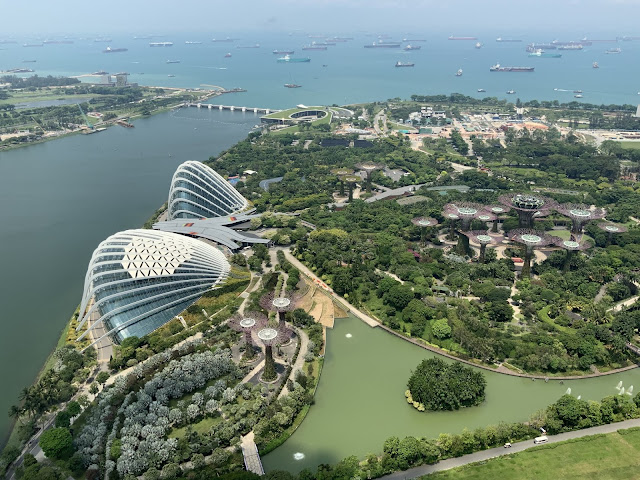 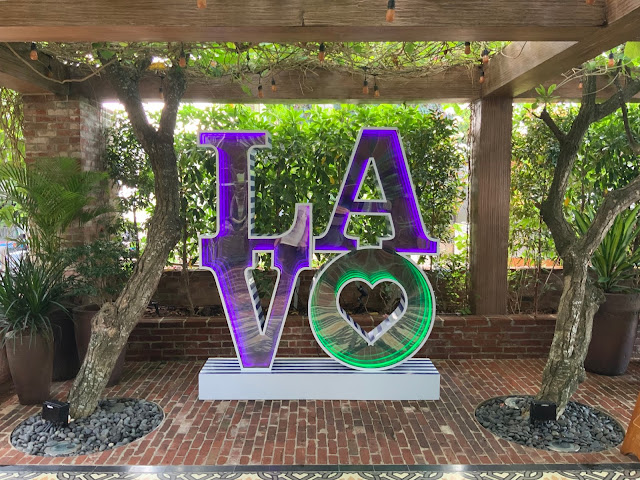 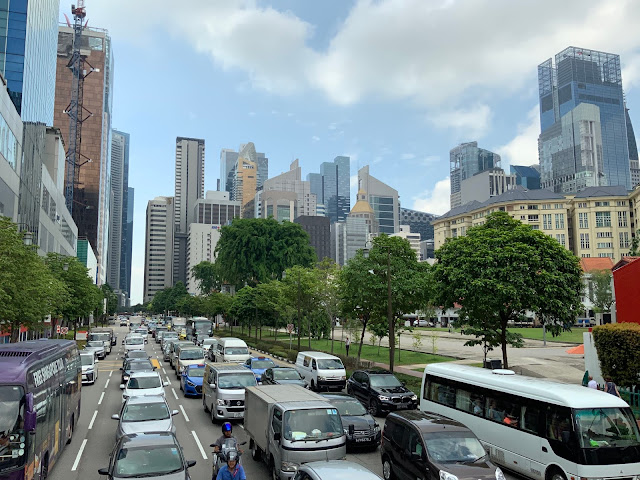 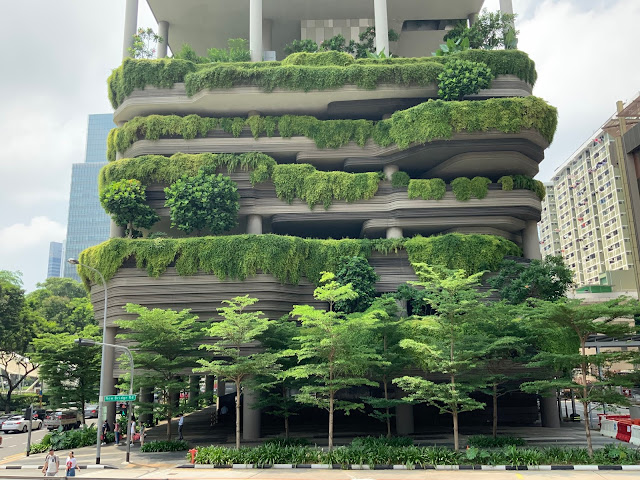 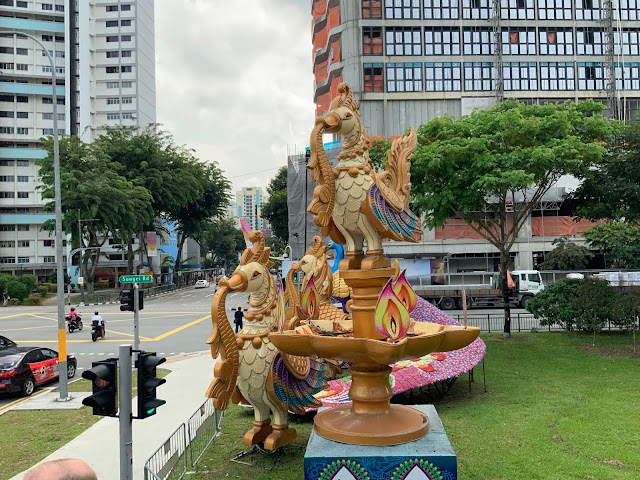 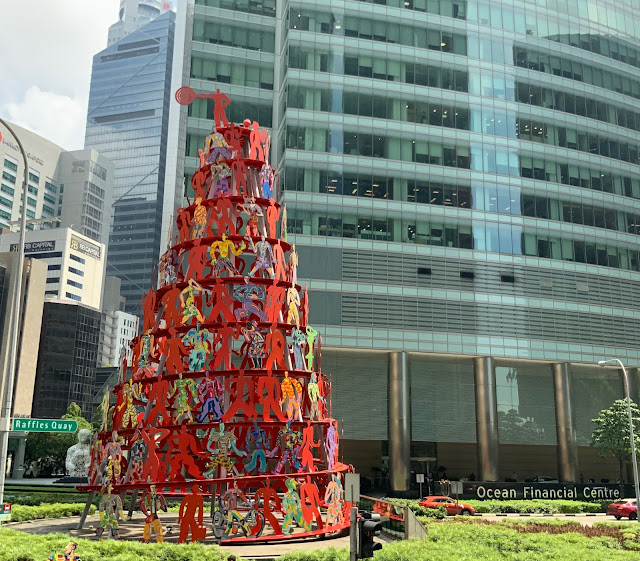 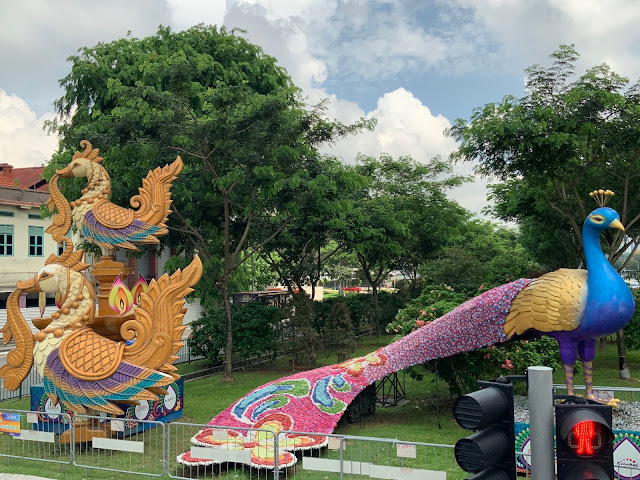 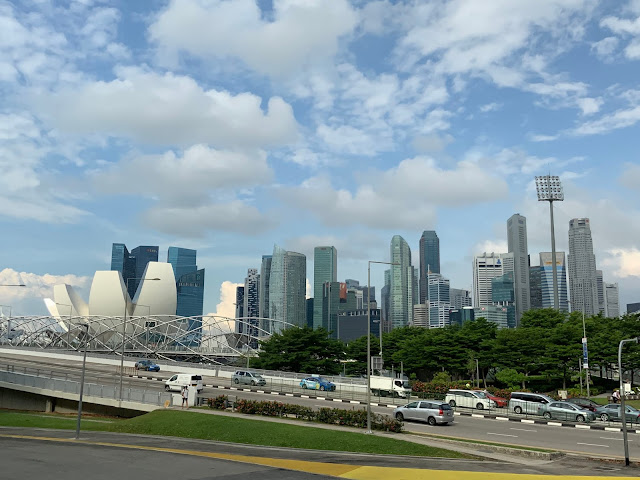 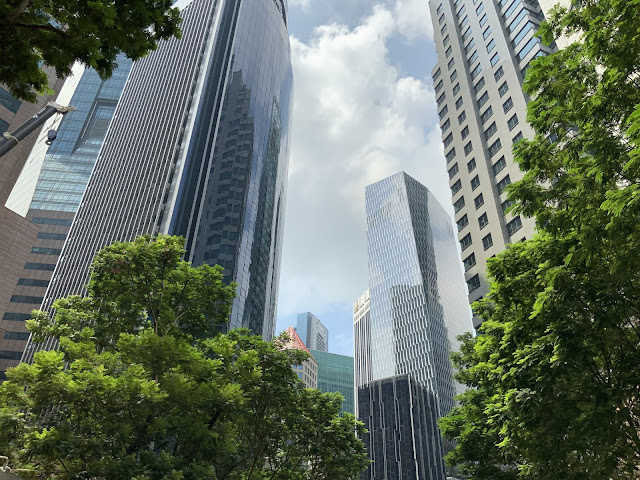 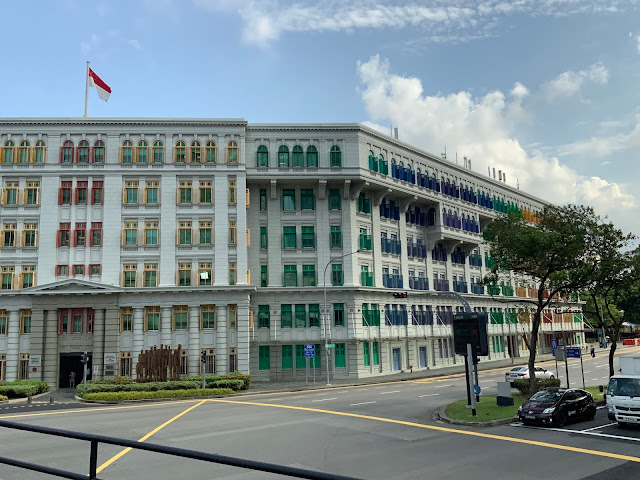 Raffles Hotel where the Singapore Sling was concocted in 1915. 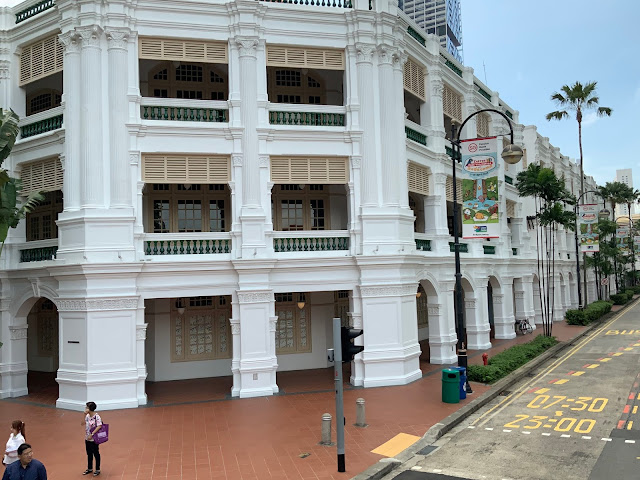 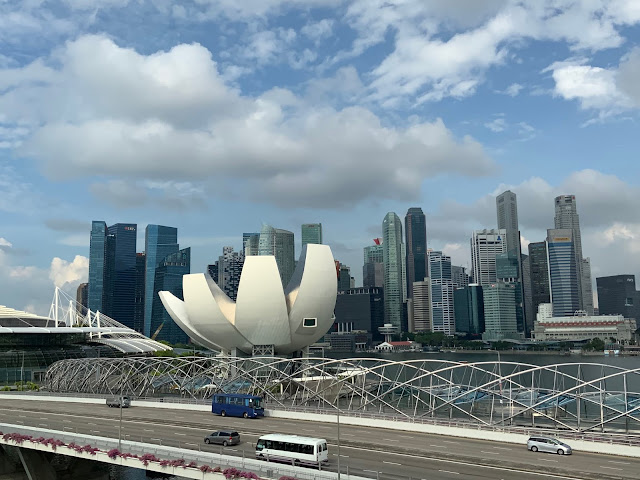 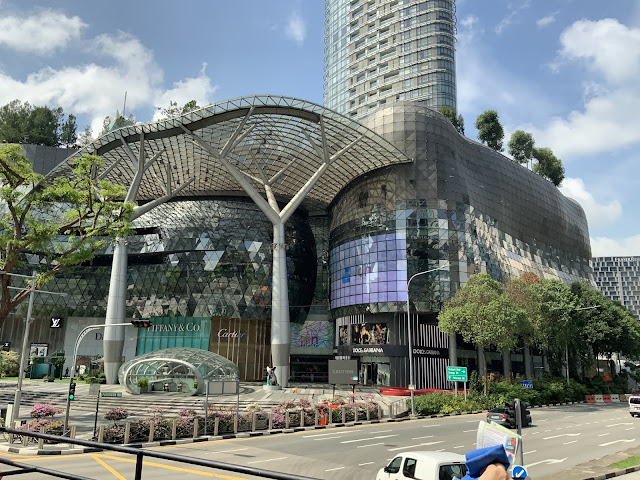 Tom and Donna Weinstock, from Trilogy, where we live in Arizona!  We met them by inviting people to share our dinner in the main dining room.   Small world. 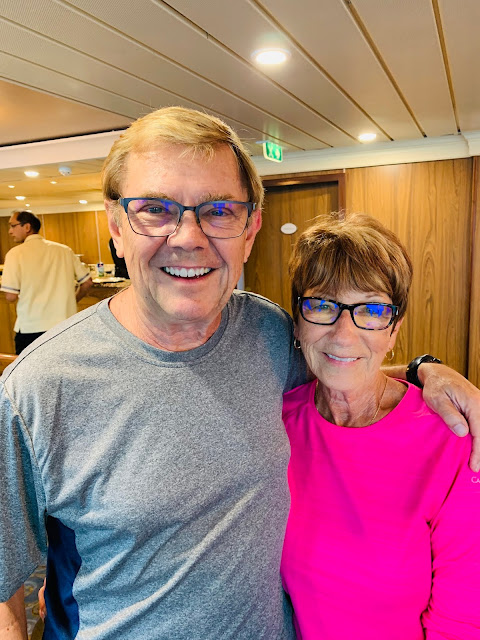