We did a 9.5 hour "Highlights of Da Nang and Hue" tour today, which brought back many memories of the war and implanted many more of modern Vietnam. Da Nang is known as the city of bridges and that didn't disappoint.  Check out the Dragon Bridge which actually spouts fire some evenings.  Found the cuisine quite good, while being a little mysterious.  Did note there weren't any pigeons around the restaurants....lol.

Major experince was at the magnificent court of the Royal Citadel of Hue, where 13 Nguyen emperors lived sequentially from 1832 to 1945.  Ho Chi Minh took over from this dynasty in a peaceful transition under the supervision of France.  France was finally defeated at Dien Bien Phu by General Giap in July, 1954.

Many will remember this area was the site of some of the most intensive fighting during  the Tet offensives.  Some battle scars and rubble remain in the 1000 acre complex.

Generally speaking, Viet Nam is not a well developed as Taiwan, China nor Japan but our MBA-trained guide was proud to explain that their economy is expanding at 6 to 7%  with little unemployment.

- The population is 87% Vietnamese rounded off by 54 other ethnicities.
- 34.5% of residents have last name of Nguyen
- 3.5 million Vietnamese  people were killed between 1964 - 75, during the "American War", 60 % civilians. 58,220 American service personnel never saw their families again, either.  What a tragic waste of humanity.
- They have a market economy, basically free enterprise abounds. Personal income taxes are 10%, business taxes are 10%, VAT  (Sales Tax) of 10%  ( Flat tax Alan)
- Da Nang is known as the happiest city in Vietnam.  No unemployment, no street vendors, almost no crime, no street people. 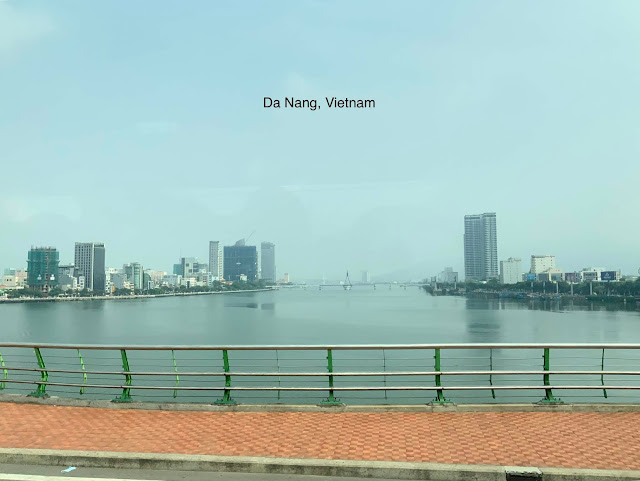 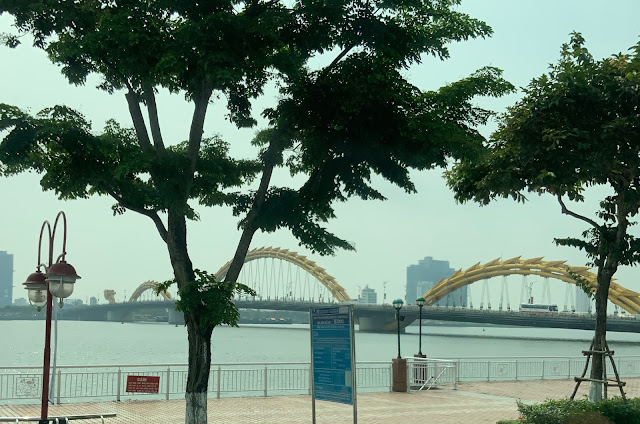 Part of the Citadel complex 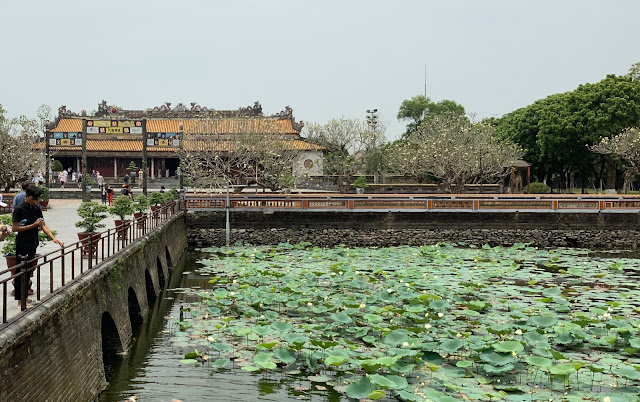 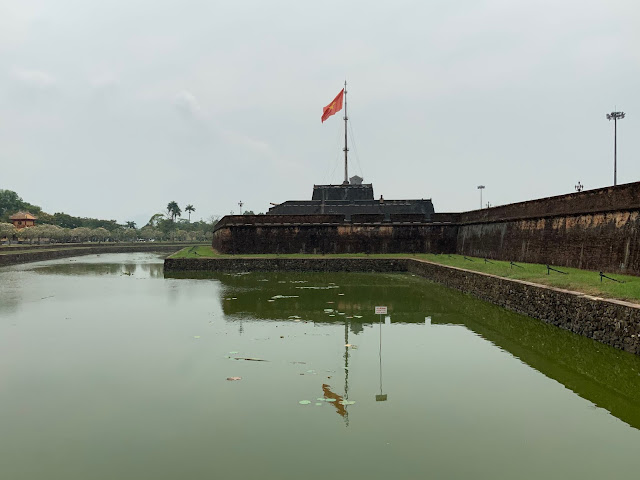 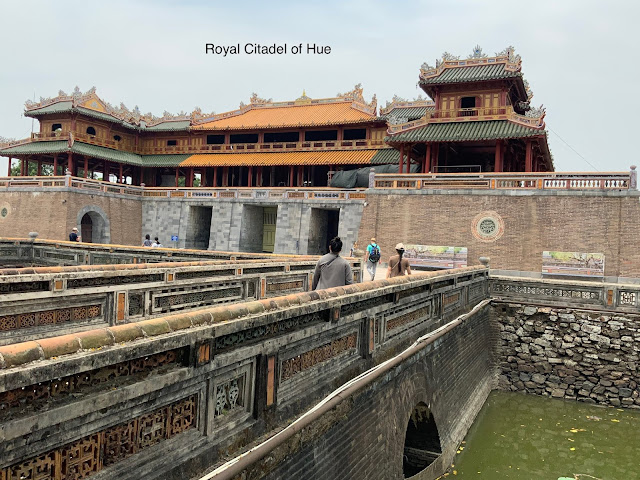 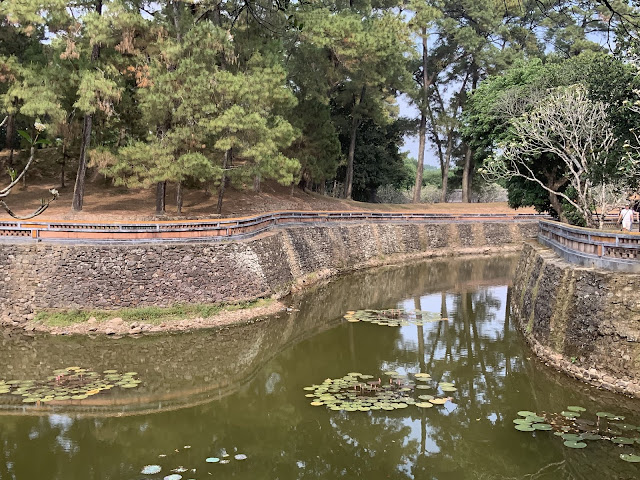 More of the Citadel 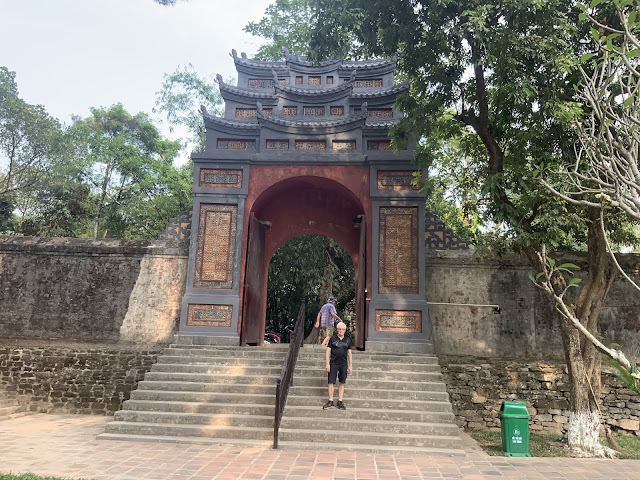 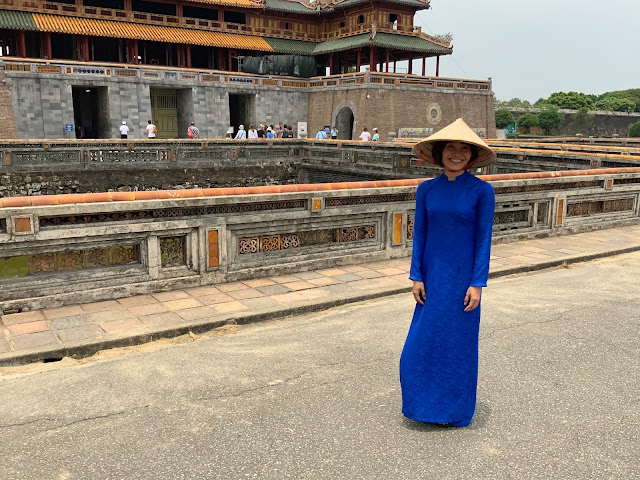 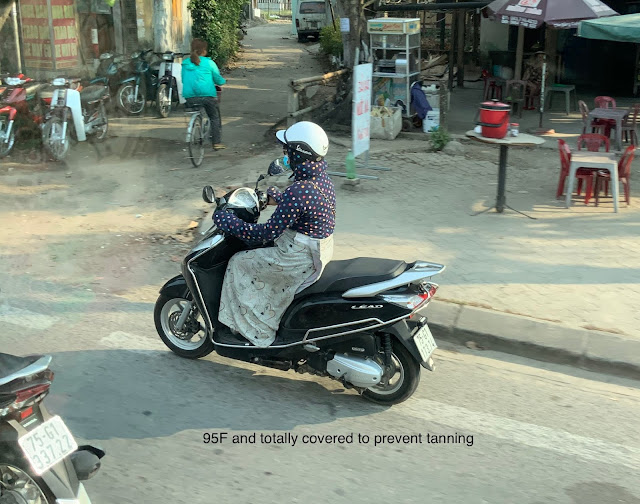 Harvesting rice with a combine 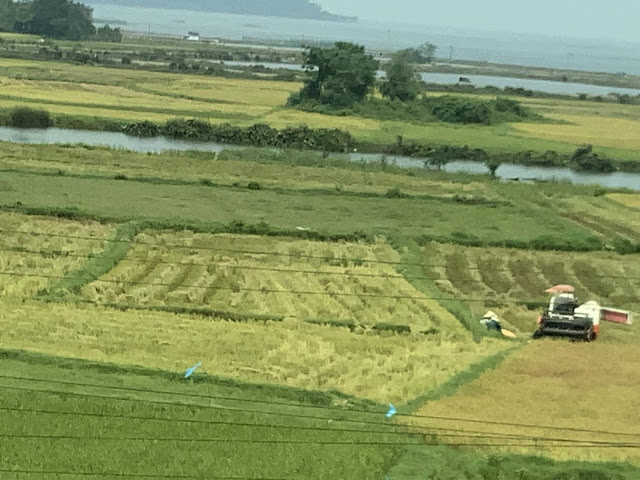 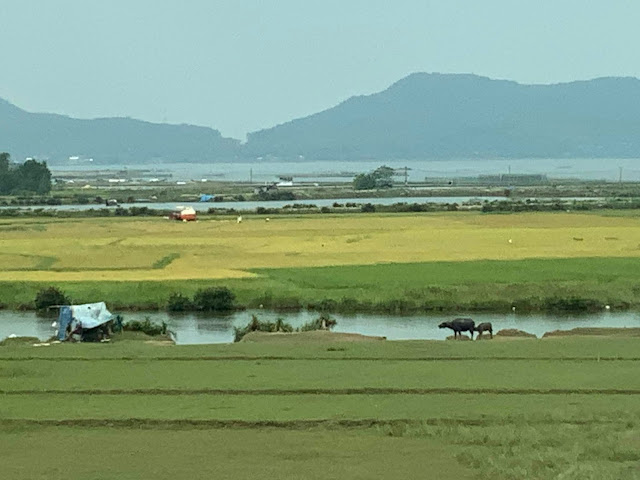 Lady cooking on a random street corner, looking for customers.  Ready with stools to sit on.  Free enterprise in action. 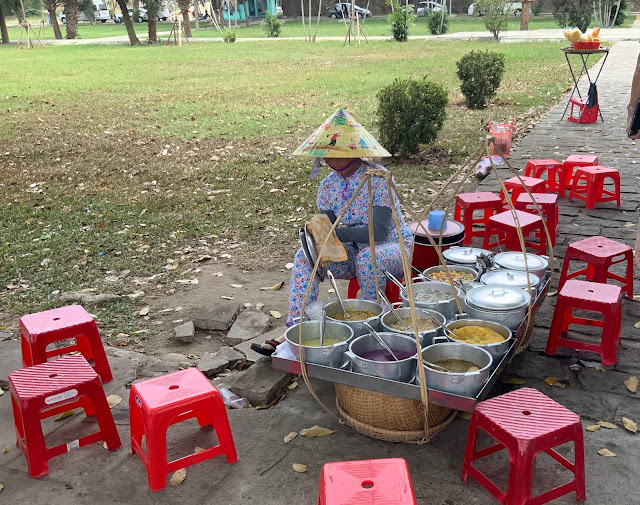 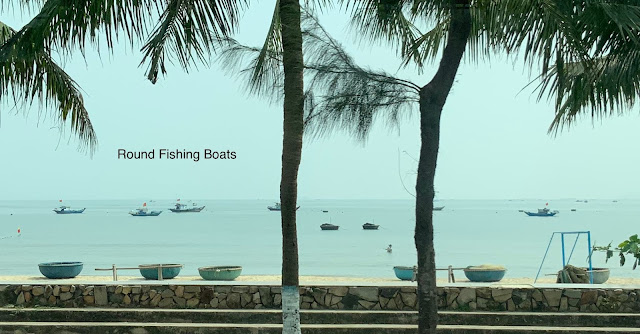 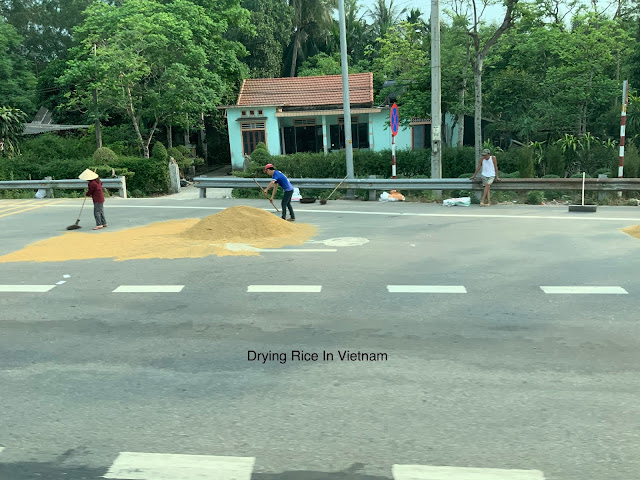 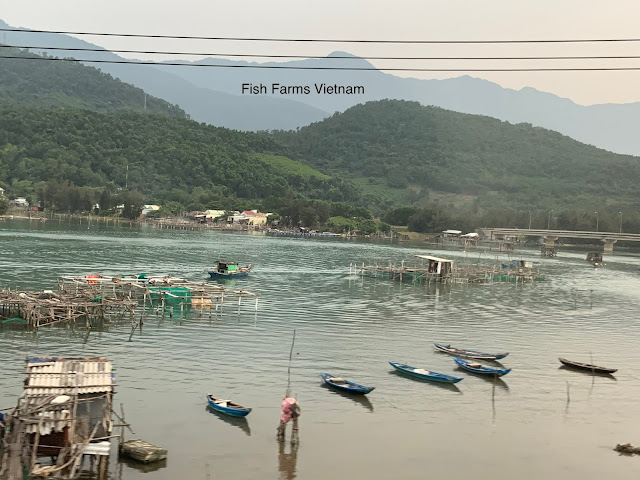 Tour is over, time for dinner and evening Trivia contest.  Gotta get those Big-O points!