"If we were meant to stay in one place, we'd have roots instead of feet"   Rachel Wolchin

Howard has a cold today, as do many others.

Included below are pictures of the ship’s log showing our position, as we prepare to round the top of Australia.

Dr. Tyrone Ridgway gave a lecture detailing a few of the creatures on the Reef.   Many of the world's most venomous and dangerous 'things' live there, so the prospect of snorkelling tomorrow is somewhat daunting, but I am still going!

Dr. Tyrone loves sharks and is very concerned about the growing demand for shark fin soup, by the Chinese!

There are 3000 reefs and 900 islands. I have posted photos taken from his presentation, with comments.


﻿
Typical view from our balcony on a sea day.  One of the thousands of tropical islands in the Pacific.﻿ 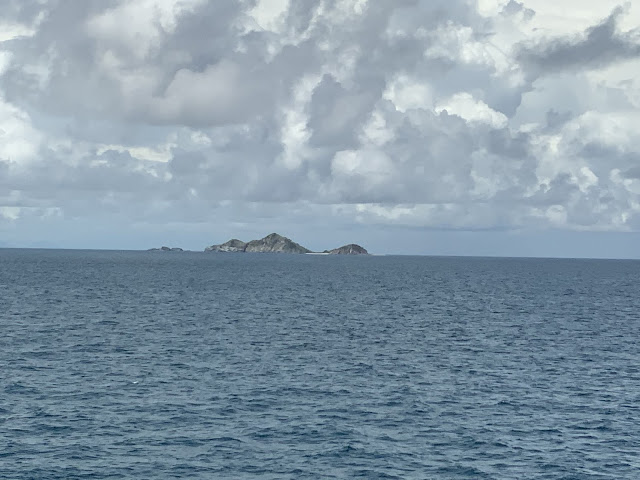 Ship's log showing our course over the next couple weeks﻿ 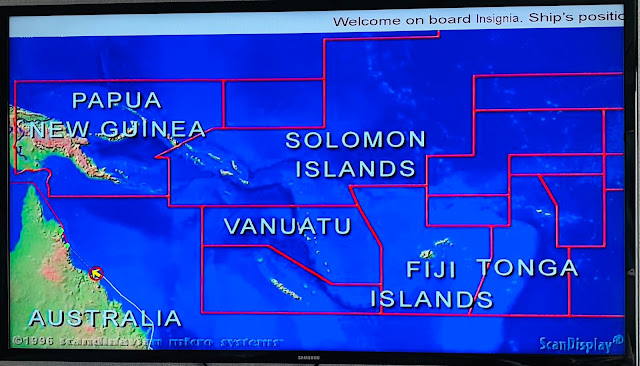 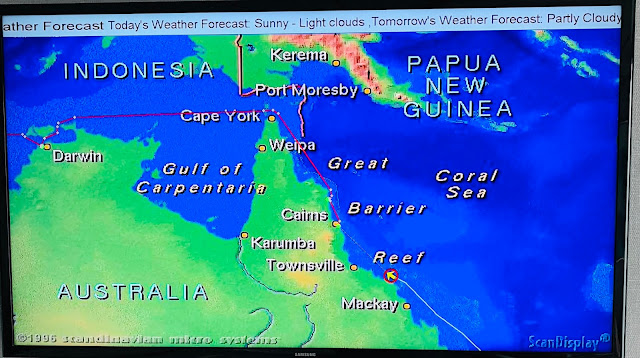 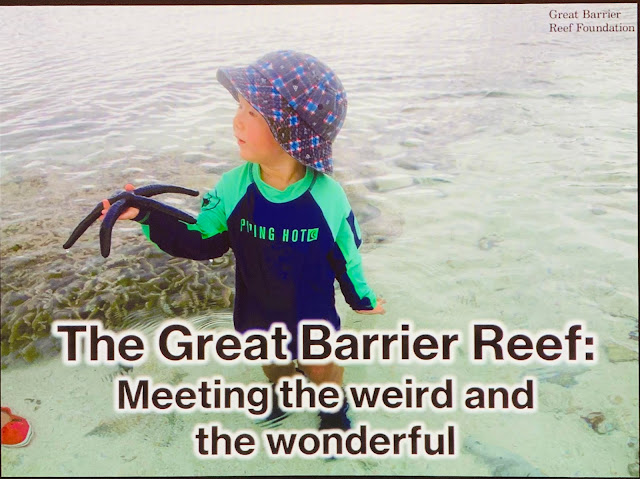 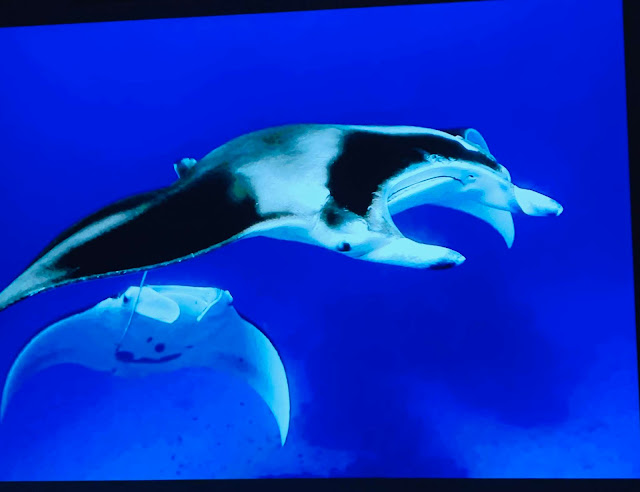 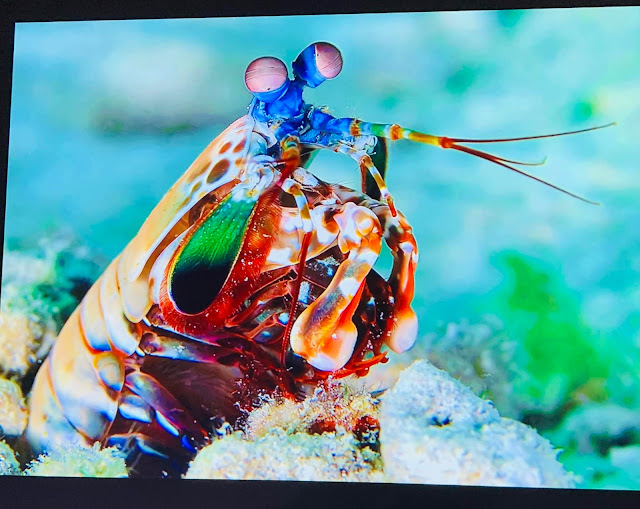 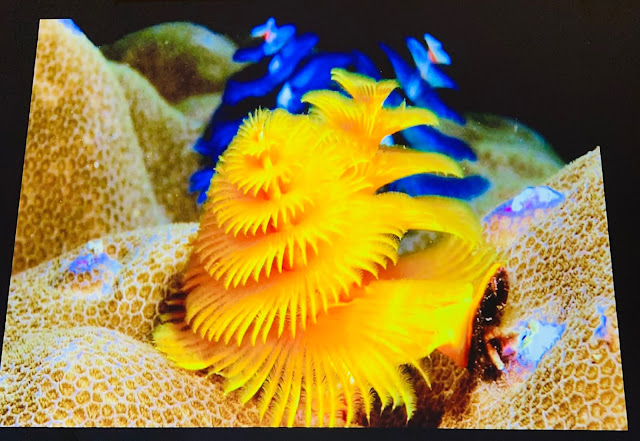 Box jellyfish or sea wasp.  So venomous that contact with 2 metres of tentacle will kill you in 2 minutes. 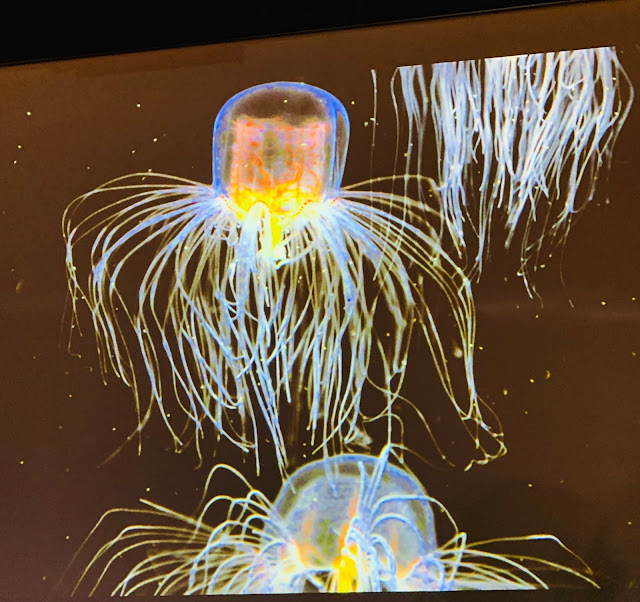 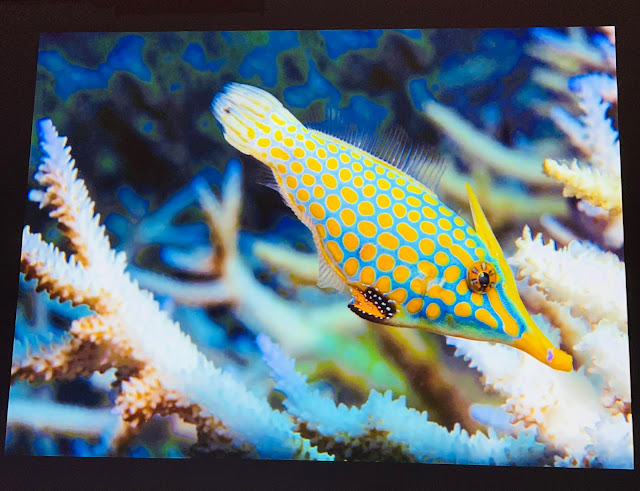 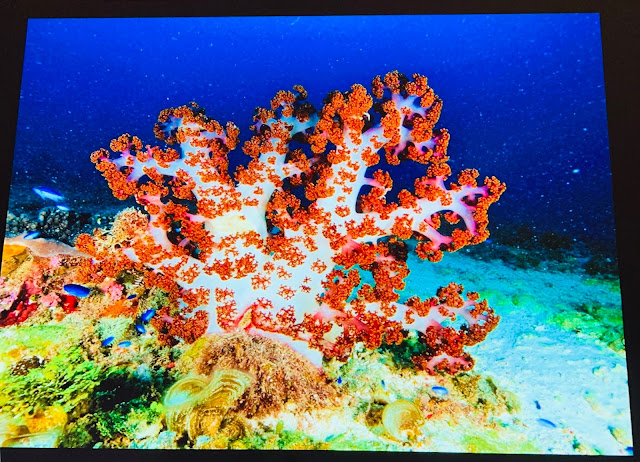 Sea turtles lay eggs over three or four years.  Babies are at sea for 20 to 25 years, then come back to the same beach to lay their eggs.﻿ 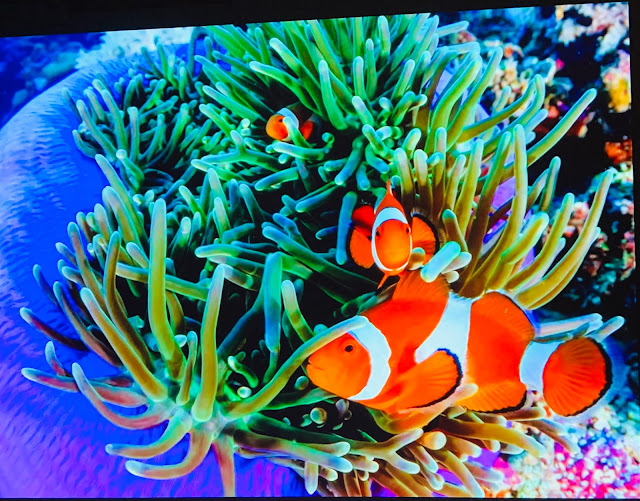 Sea Cucumber -  Chinese are harvesting them to near extinction in some areas.﻿ 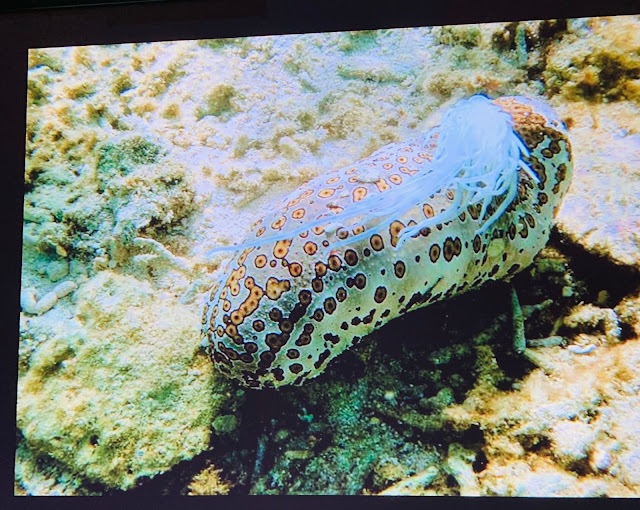 Lion fish, spines are very poisonous.  This fish is invading the Carabbean!﻿ 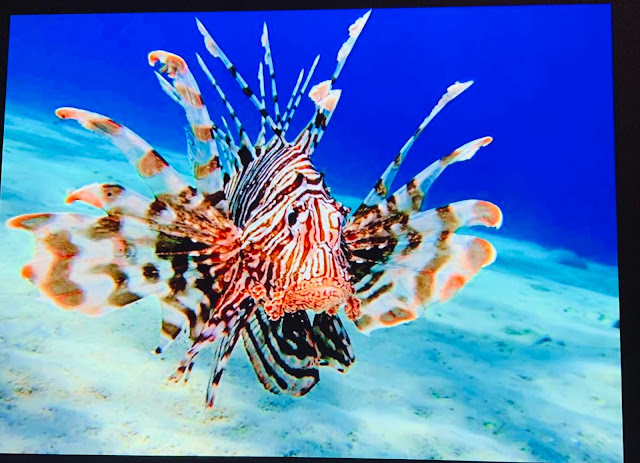 Clam up to 8 feet across﻿ 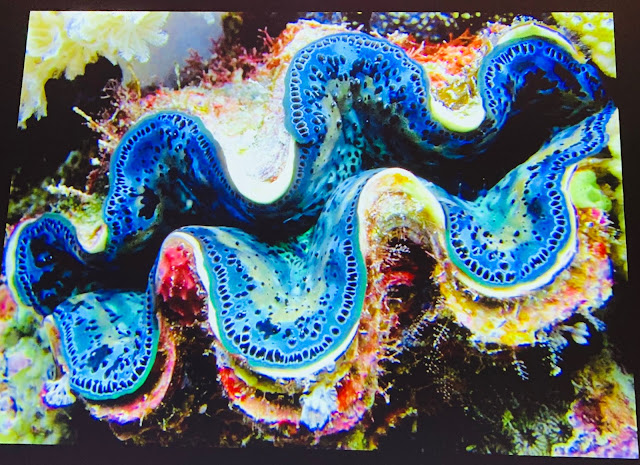 Sea Snake, one of the most deadly snakes on earth!﻿ 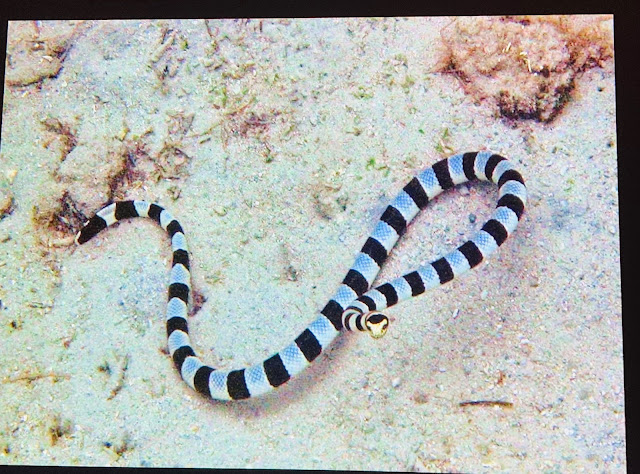 The stone fish is the most poisonous fish in the sea and one of the most dangerous in the world.
﻿ 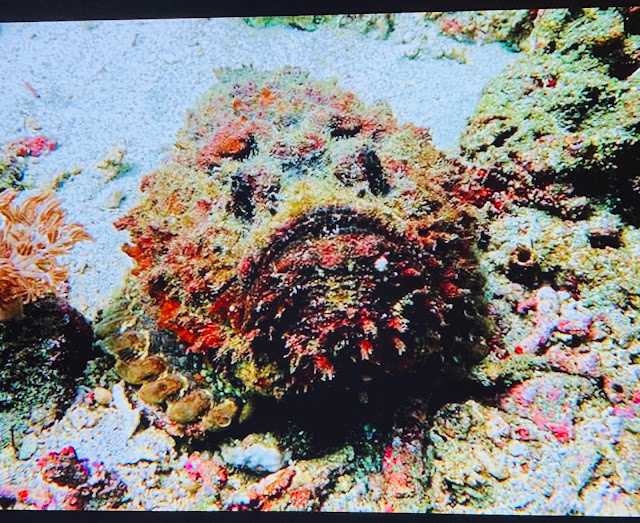 Sea rasp or cleaner fish.  Fish line up to be groomed by these little guys.﻿ 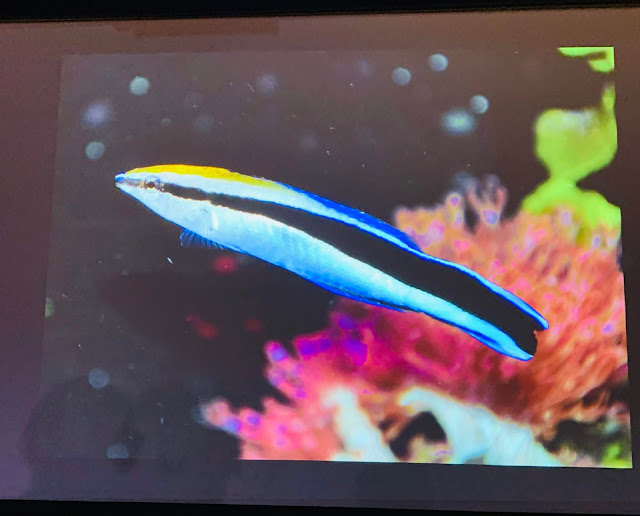 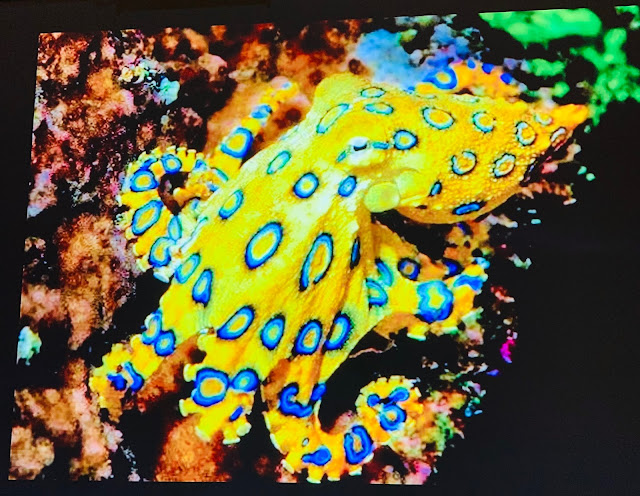 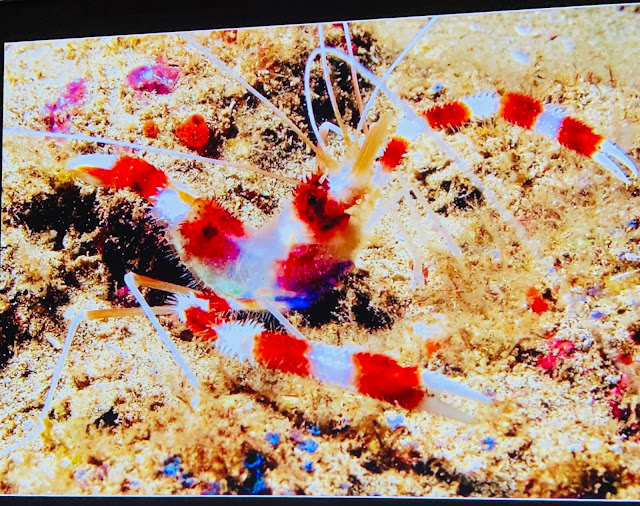