Chilly day in Kobe, starting at 50 F, as we boarded a bus for our visit to Kyoto, which was hit by a big earthquake in 1995, killing over 6,000 residents.  Damage was over $100 billions, with port damage extensive enough to diminish their future prominence in Japanese shipping.

We found things have changed significantly since our visit 30 years ago. Access to the castle and shrine is now heavily restricted. Many of the buildings are gone, likely do the the earthquake and there were virtually no traditionally-dressed ladies in their kimonos wandering the streets and historical sites.

Our first stop was to the Temple of the Golden Pavilion, located in Kyoto, after a two hour drive.  The freeway was amazingly well designed with sound barriers along most of the 100+ kilometers. They obviously care about controlling noise pollution for the freeway neighbors.  See Photo

Access to the pavilion interior was not allowed, so we were limited to viewing the gold-encrusted temple's exterior and surrounding gardens.

Our second stop was the Nijo-jo Castle, a fortification built of cypress wood in 1603.  Amazing to see floor planks 30" wide so some huge logs were used.  This shogun's castle is protected by ingenious nightingale floors which chirp like birds when walked on, to warn of intruders. 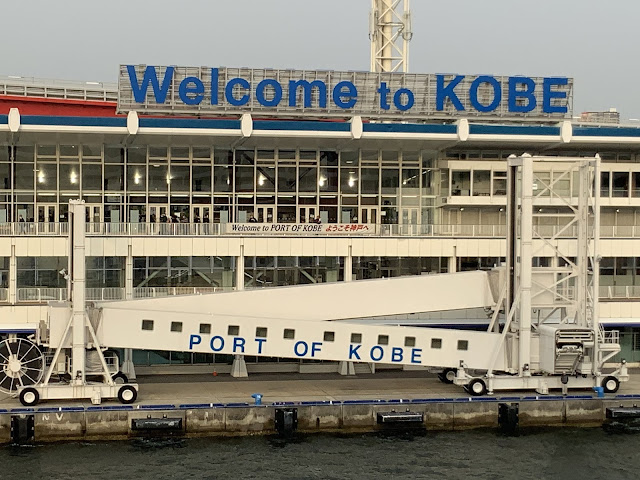 Temple of the Golden Pavilion and surrounding gardens 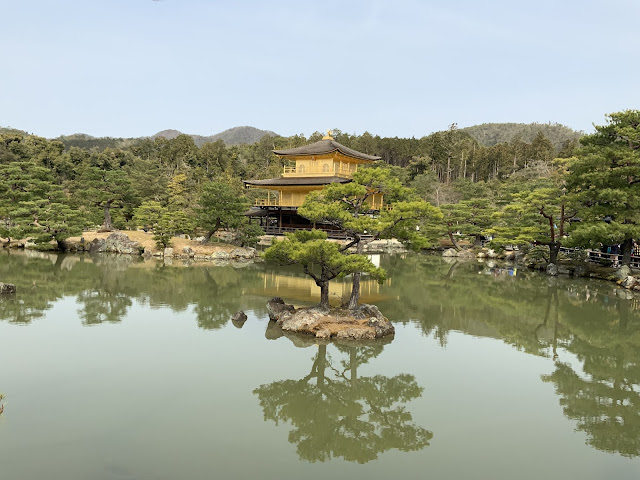 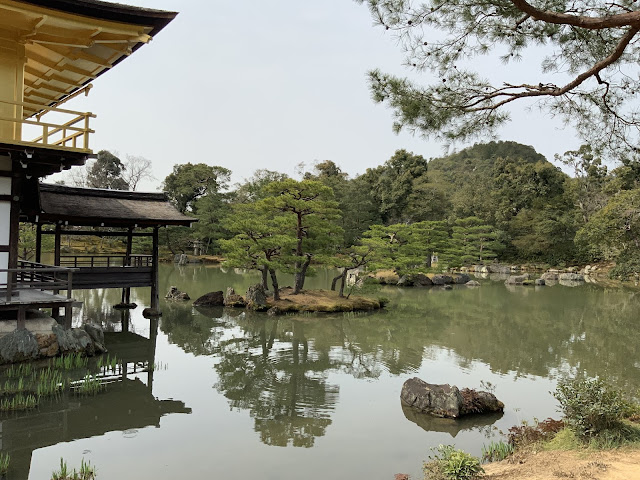 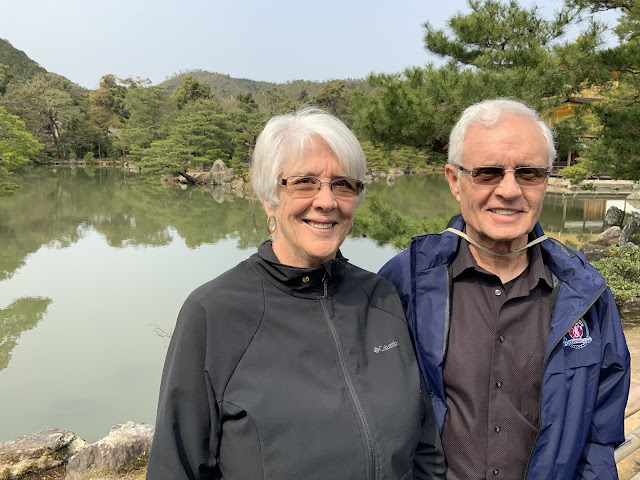 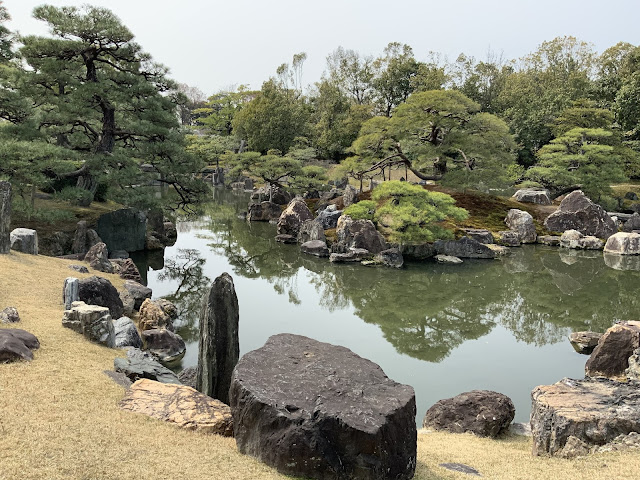 Entry to the Nijo-jo Castle. 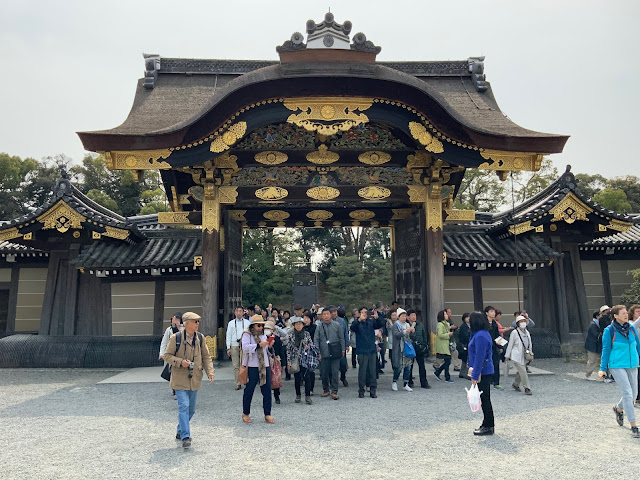 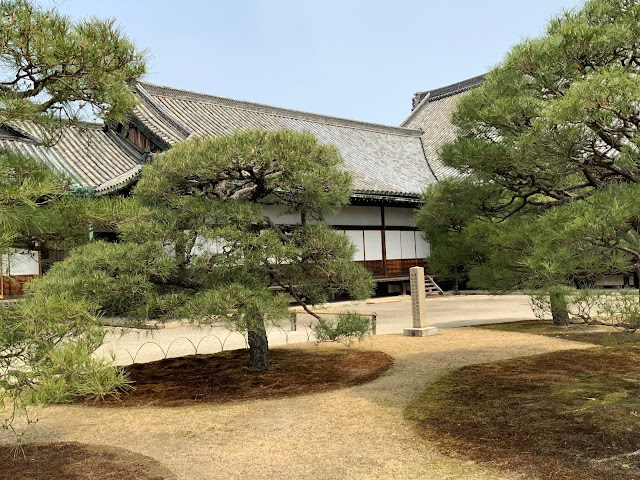 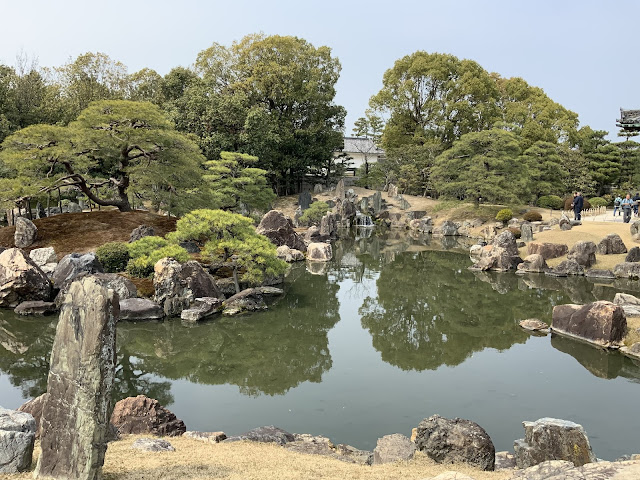 I thought about putting a cup there too, people just seem to throw money away sometimes...... 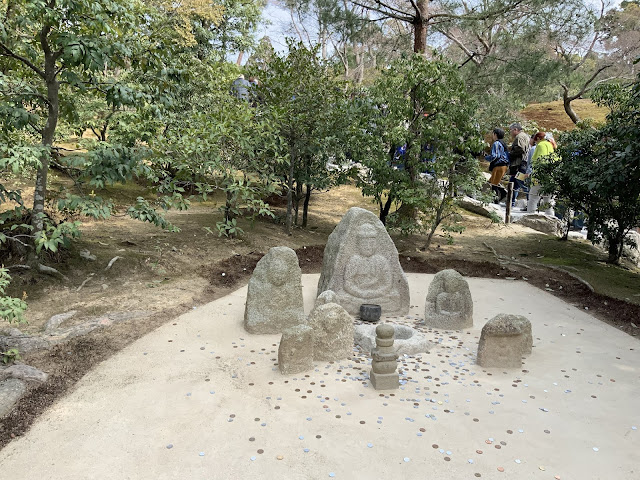 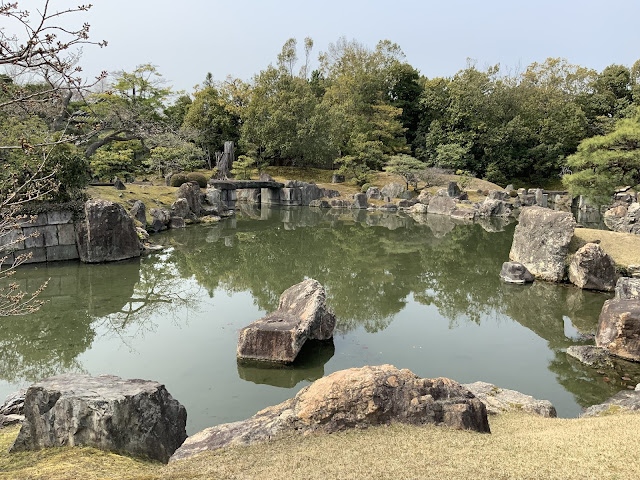 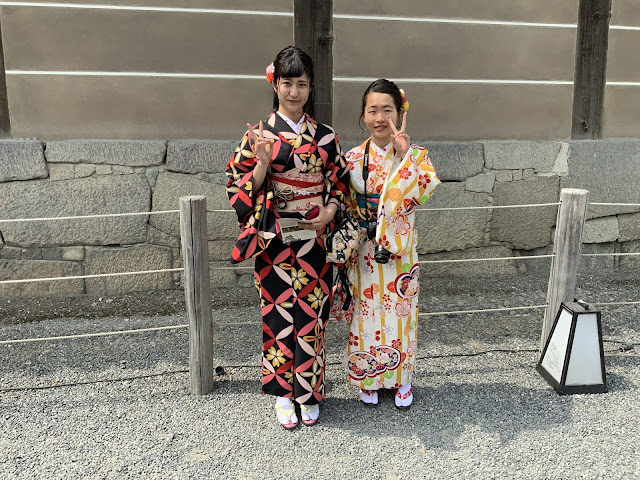 Young lady wearing her kimono while just touring the shrine 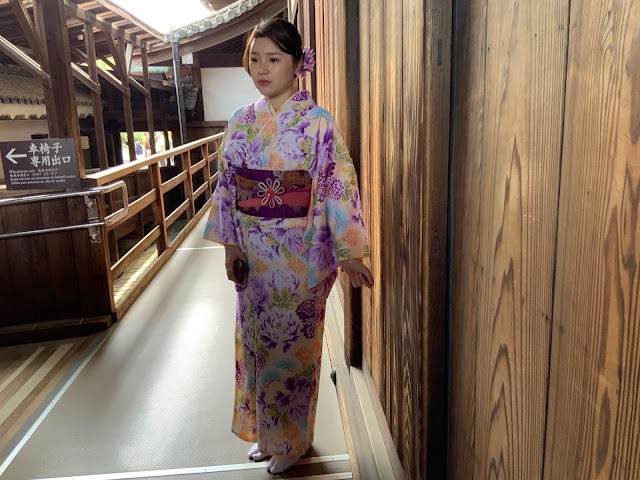 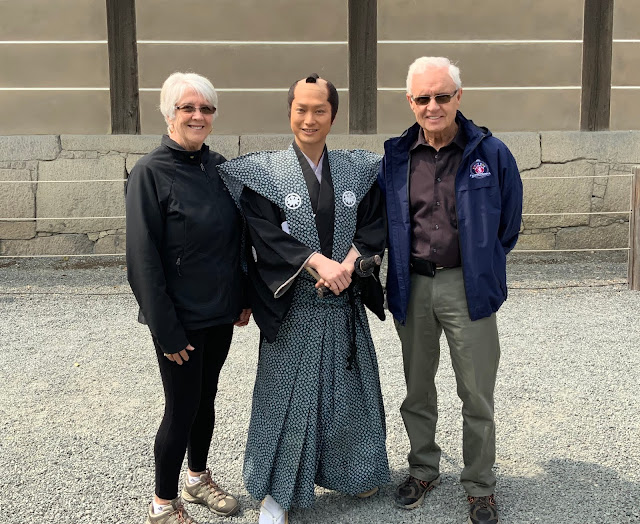 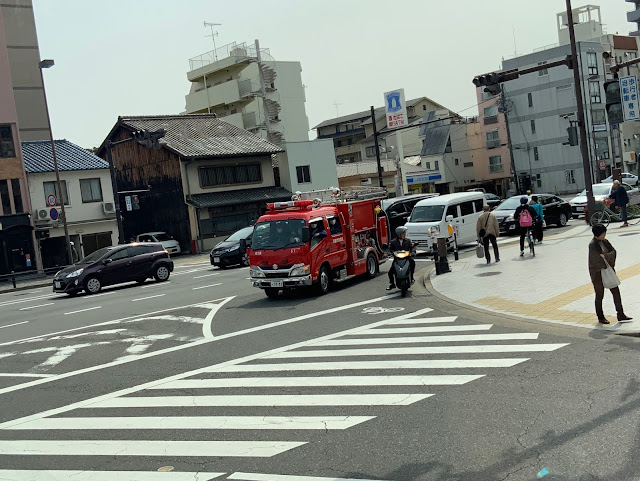 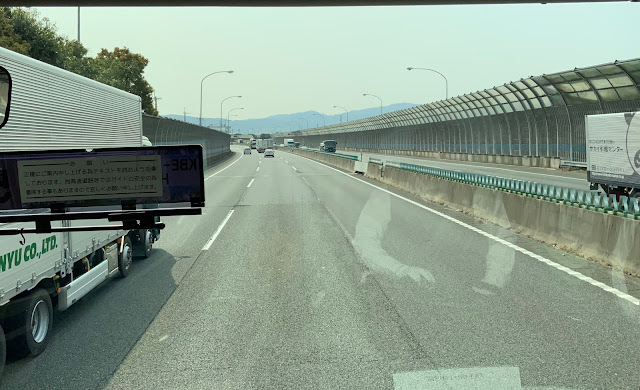 Band giving us a nice send off! 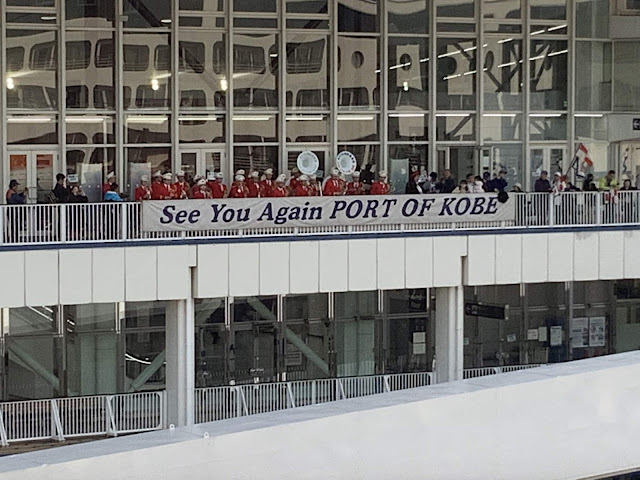 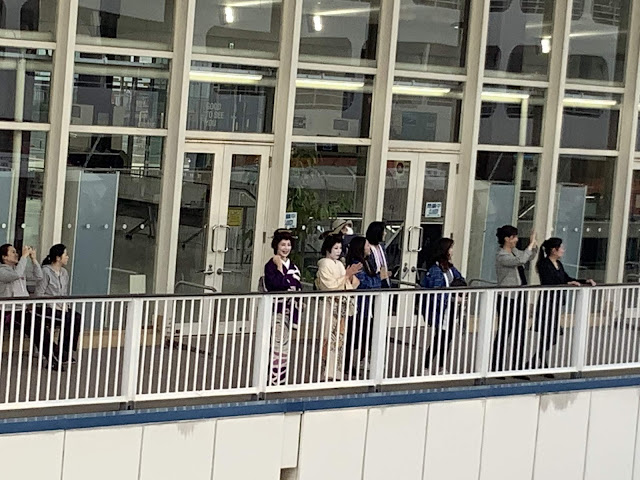