Okinawa played a significant role in the annals of WWII.  These islands were the only populated Japanese home islands to experience a large scale land battle.  Called the Typhoon of Steel, the Battle of Okinawa resulted in many casualties. Details below.

Our tour guide was exceedingly positive toward the USA! She explained how General MacArthur was viewed as a kind man and how Japanese people appreciated American aid and food after the war. A few bullet points with highlighted information gleaned from museum postings.  Their comments were brutally frank, as they condemn their soldiers' conduct in many areas!

- Admiral Nimitz dispensed medical and sanitary supplies to the islanders before the attack began
- Japanese soldiers forced civilians to evacuate the caves so they could take shelter, or even kill them.
- Japanese soldiers would take food and medicine from civilians, leaving them to starve to death.
- Badly wounded soldiers were poisoned with potassium cyanide to save medicine for others.
- Nagasaki was targeted as the munitions used to attack Pearl Harbour were manufactured there.
- Hiroshima was targeted because battle ships and artillery were manufactured there.

Following the memorial site visit, we visited the former Japanese Navy Underground Headquarters, which was excavated in 1944 by mostly prisoners of war. This underground facility housed up to 4,000 and was fully occupied when the Americans were assaulting the place.  See photos.

- Kobe beef animals are pampered with classical music, beer baths and daily massages, thus keeping       them calm and relaxed for the best flavoured meat.
- When Bill Clinton visited the Memorial, the gentleman introducing him mistakenly said " Who are    you" but Bill quickly responded - "I am Hillary's husband"
-  Birth rate is 1.9 so the Japanese population is slowly dropping.


Graphic depicting the American invasion of Okinawa in 1945.  Little resistance was met on the left flank, but the right was brutal. 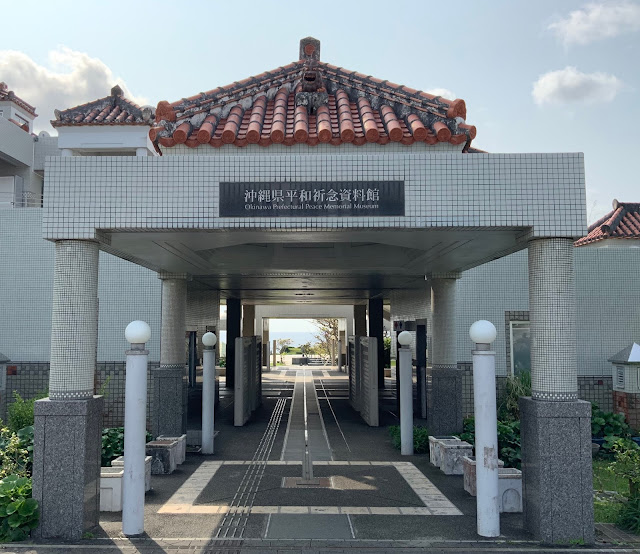 View of Memorial from Museum 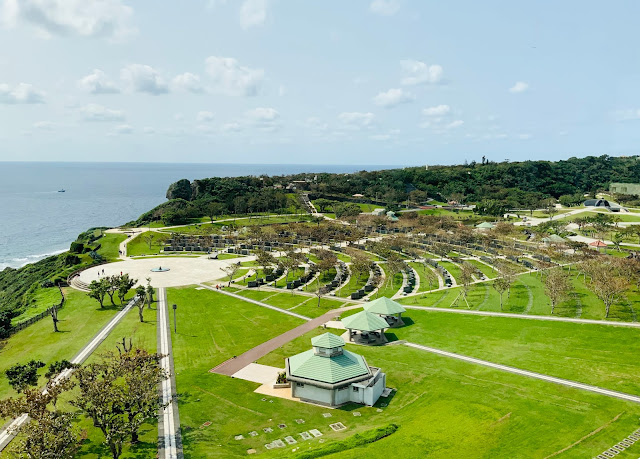 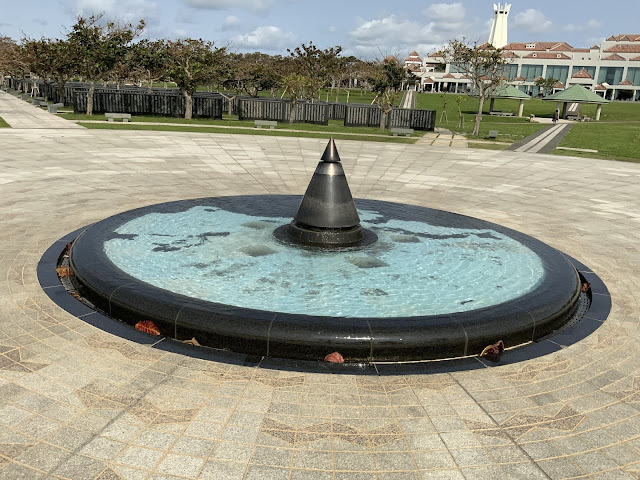 Listing of dead, all nationalities involved.  This impressed us. 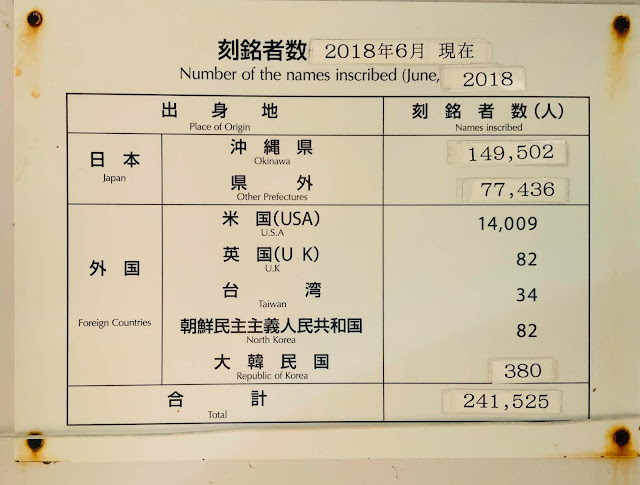 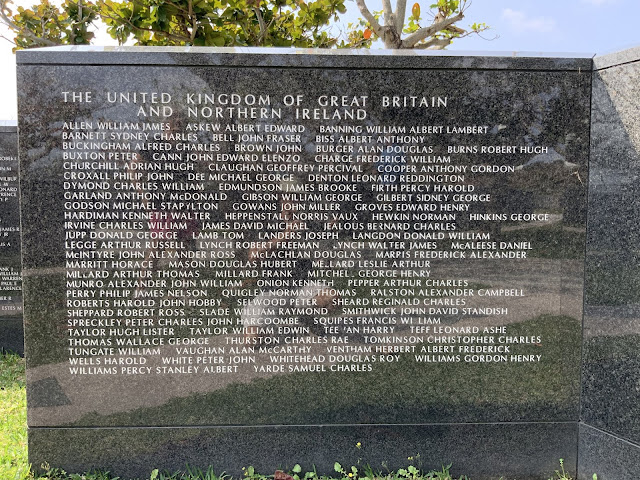 Section of American names on the Memorial, with a Howard Brown listed. 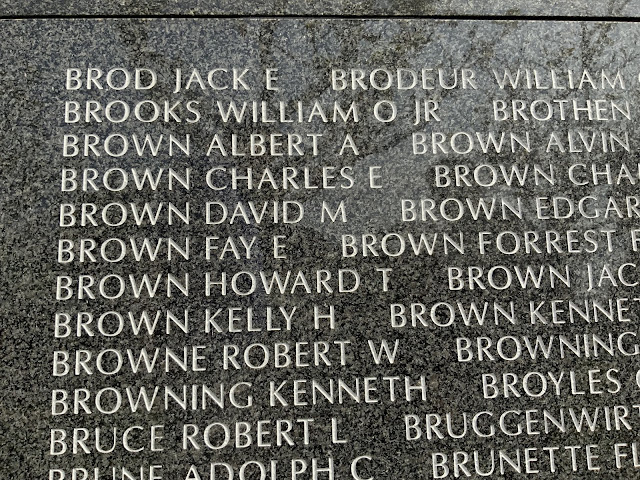 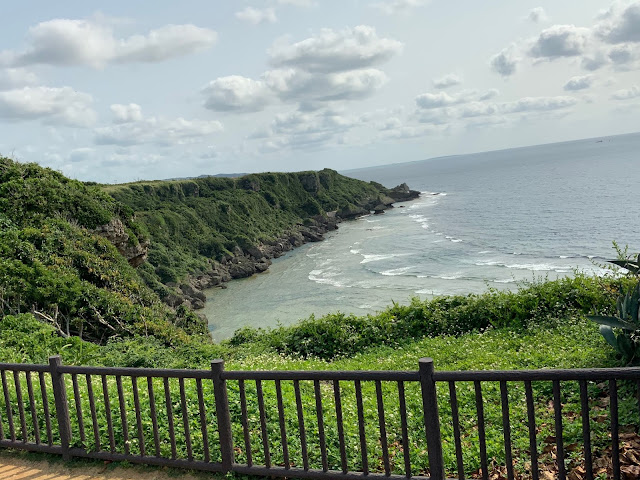 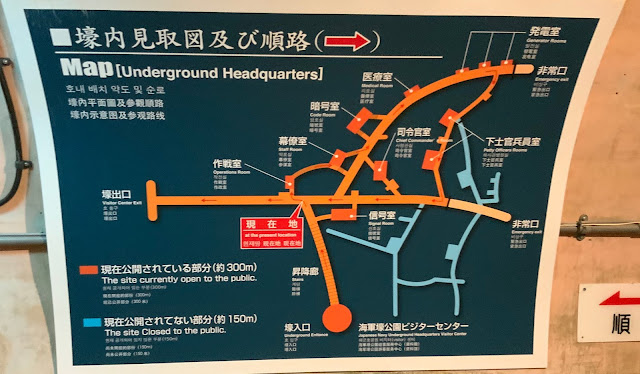 101 steps down into the Headquarters 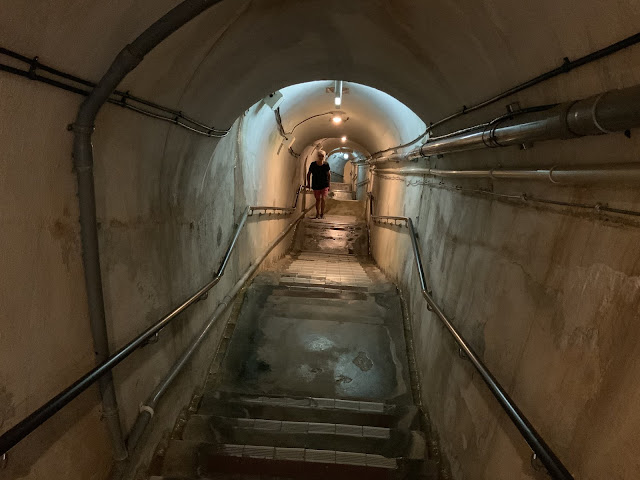 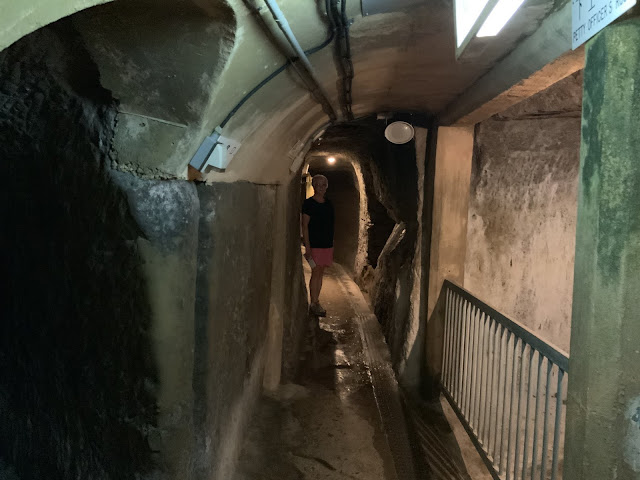 Rear Admiral and 6 of his officers shot themselves on June 13, 1945, at this table.  American successes convinced them the war was lost. 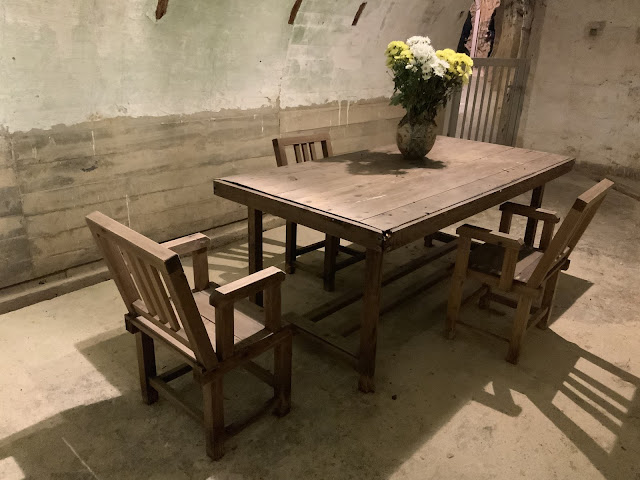 Rear Admiral Minoru Ota at the table before suicides 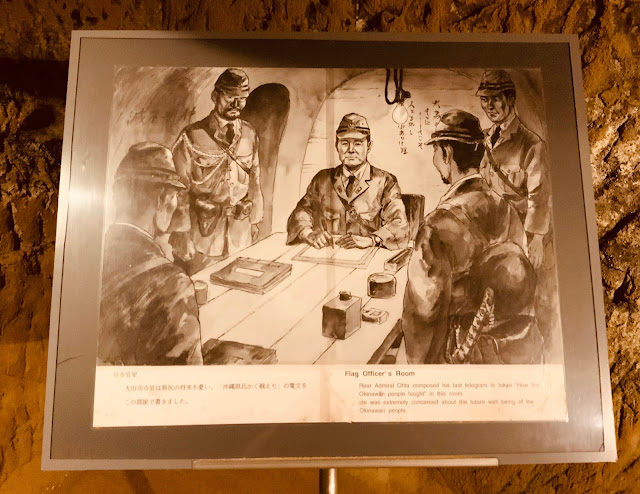 Japanese soldiers depicted waiting and worrying about an attack.  What about the poor Americans who had to go hand to hand against them.  I actually suspect a flame thrower would have been employed in this situation.

Origami paper cranes, 100s per string, in the entry to the tunnel system 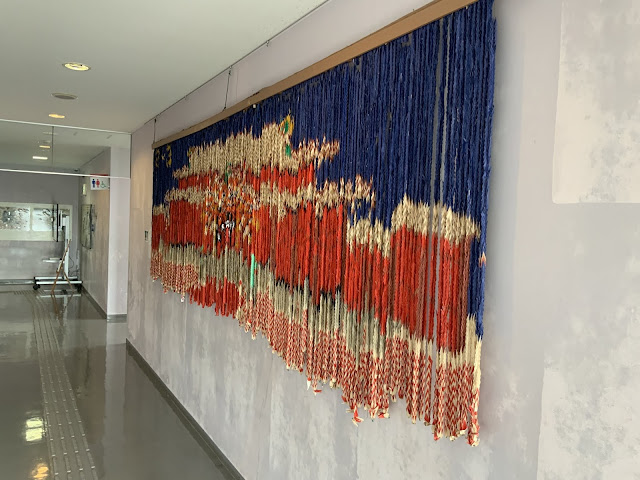