Boracay is a small pristine island with fabulous white sand beaches.
9:00 AM - Captain just announced stop is cancelled as wind is too strong for tendering.

So there will be two enrichment lectures, gym, yoga, tea at 4, trivial pursuit, dinner in
Polo.....our cruise director reacted quickly to the change of plans.

Adam Tanner gave a lecture on the crisis in US Media and the future of local newspapers.

People are abandoning newsprint in droves as the Net becomes the source of their
information. More than 1800 newspapers have gone out of business since 2004, as online
business activities increase.  Craigslist has dramatically reduced  listings in local papers,
while mall and store closures have impacted business advertising.

Cable TV is a special beast which must be fed constantly.  Traditional media is having a
difficult time keeping consumer interest in the face of dynamic commentariats who endlessly
debate issues.

What ever happened to who, what, where, why and when, as the focus for all reporting? 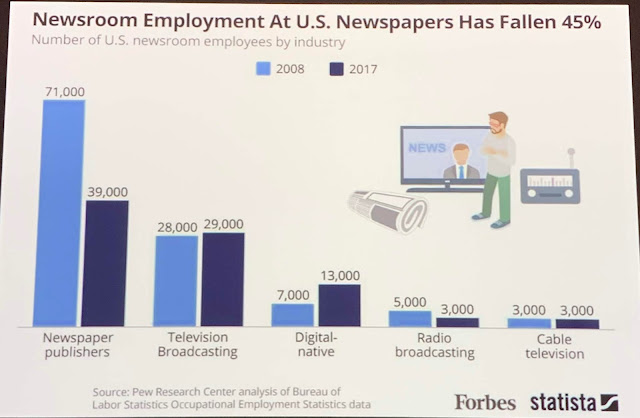 Adam referring to his hire date.

Reduction in staffing at Denver Gazette in 5 years 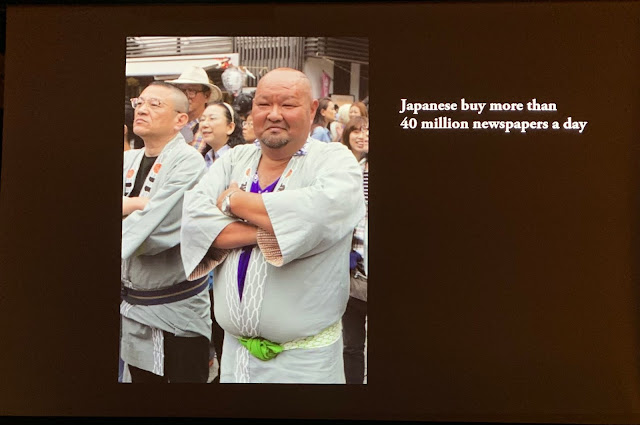 Brian Usher gave a very comprehensive lecture on China's development over the centuries.
I will only focus on some of their navigation achievements in the fifteenth century, when they were very advanced in the arts and technology.  Navigators had compasses to guide their massive flotillas.  After that period, China withdrew into itself under the Ming dynasty, as they stopped exploration and avoided foreign interaction. The Manchu empire was threatening from North of the Great wall for centuries they finally over ran the Ming dynasty in 1685.

In 1422, a 800 ship Chinese fleet circumnavigated the world.  Book available which details voyage. 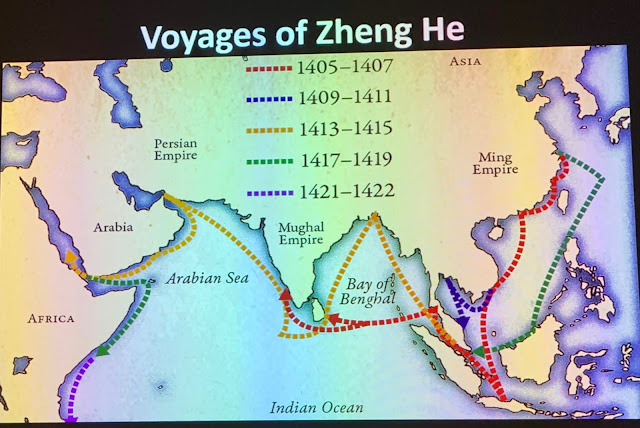 Chinese ships were huge when compared to Columbas's ships! 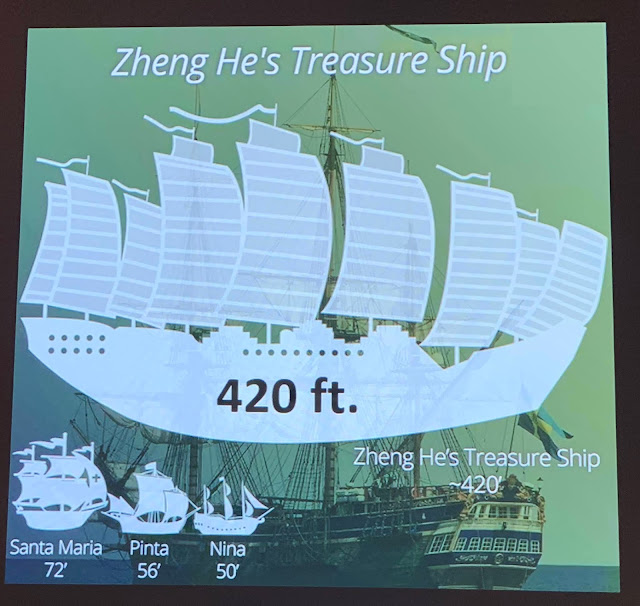 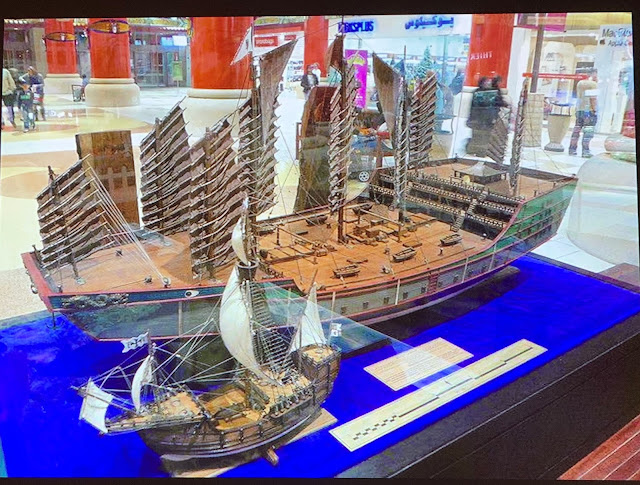