Adam gave detailed lecture on Indonesia but I will relate only a few of the salient
bits of information.

- Indonesia encompasses 17,000 islands
- Holland started the Dutch East India company in 1602 which focused on this area
- Indonesia has the largest population of Muslims in the world, with 88% of
231,000,000 being of that faith.  See photo.
- Sukarno, first president, 1949 to 1966, was a ladies man who moves in many circles,
including friendships with Marilyn Monroe, Liz Taylor and the Kennedys.  His reign
was overshadowed by the potential communist threats, so relationships with the
West were important to both sides.
- CIA tried to blackmail Sukarno at one time by having a double look-alike perform
pornography and distributing the film widely, but his citizens didn't care.
- Russia again tried to blackmail him by filming him with prostitutes.  When they
tried to intimidate him with the movie, he asked for more copies for his friends
because he had performed so well.    Yes, you cannot make this stuff up!
- In 1967, 6 of Sukarno's 7 generals were kidnapped and killed, and believe it or not,
(wink wink) the 7th guy, Suharto took over power and ran Indonesia under a brutally
corrupt regime until 1998.  Apparently he stole $35 billion as the most corrupt dictator
of all time..  See photo. 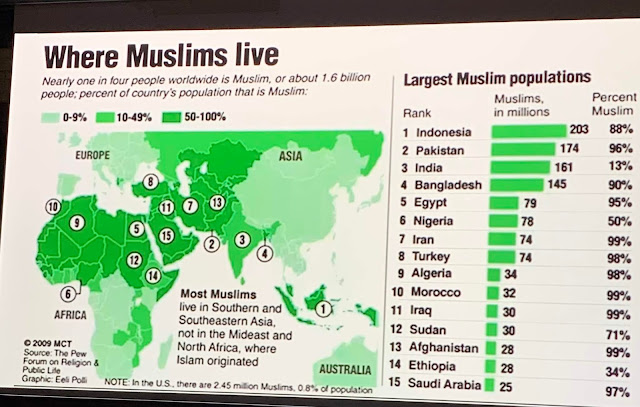 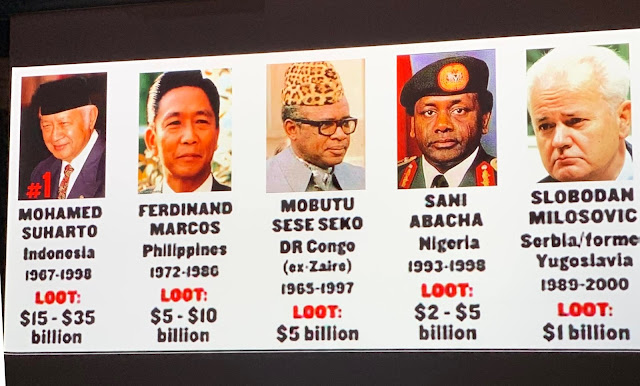