Adam gave a lecture on the British Empire, convict transportation and the colonization of Australia.

Initially, England was a minor power on the naval front with Spain being the dominant power.  Henry Morgan did operate as a privateer for the English crown by attacking and robbing Spanish gallions.  Over time, England gained power and influence through the efforts of navigators like Captain Cook in the mid 1700s.

England had been deporting prisoners to America and the Caribbean from 1615 to 1776, when stopped by the Americans.  After this time, they expanded deportations to numerous countries including Australia. ((In 1642, Dutchman Abel Tasman discovered Van Dieman's Land, now named Tasmania, before returning on another voyage in 1644, when he reached the coast of Australia naming it Nova Hollandia (New Holland).  Holland did not develop the area so England seized control))
Eleven ships from England landed at Botany Bay (Sydney) in January, 1788, with the first group of convicts. Deportations continued until mounting public pressure motivated the English to cease this practise in 1868, after 162,000 convicts had been sent to Australia.


Minor crimes by todays standards, but they got you a 7 year prison sentence to Australia back in the day! 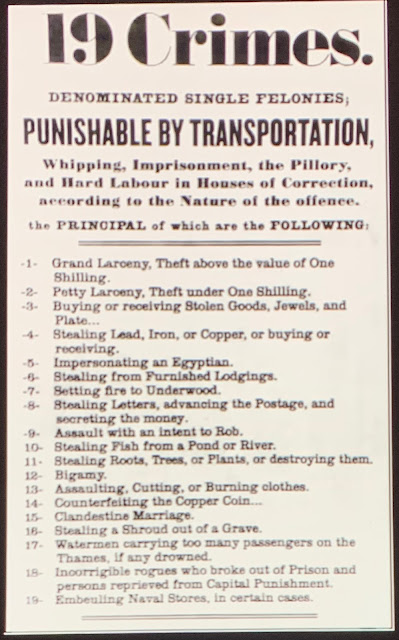 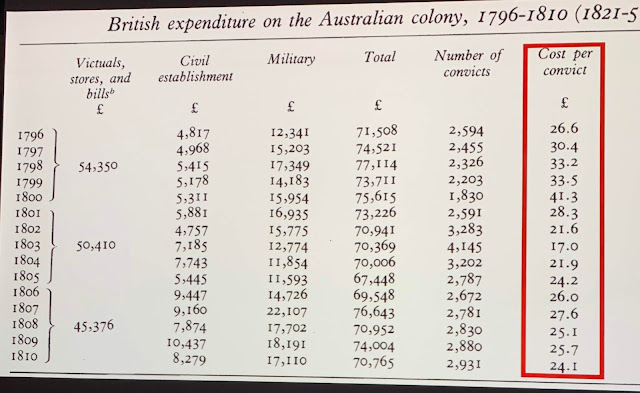 Prisoners were sent to many colonies for a couple hundred years. 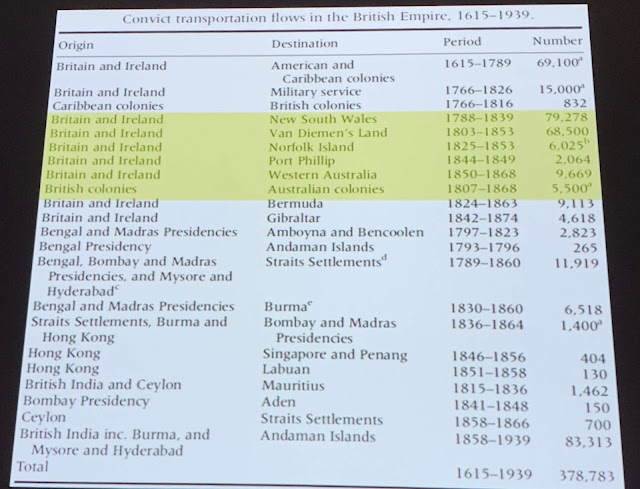 England is trying to colonize Australia - 1100 were enticed. 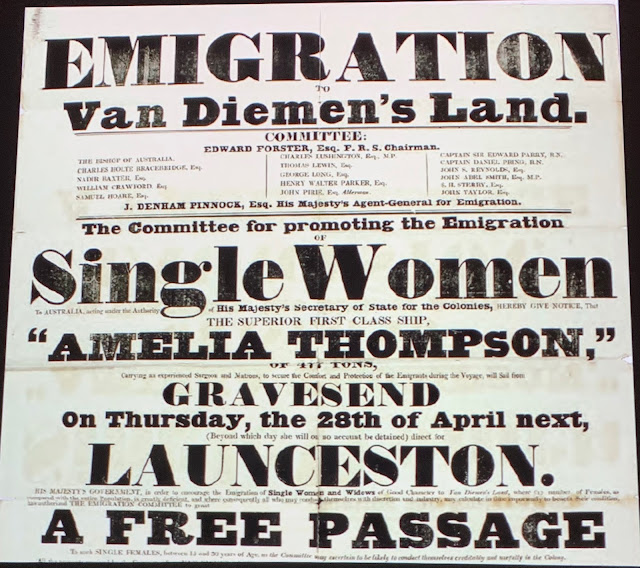 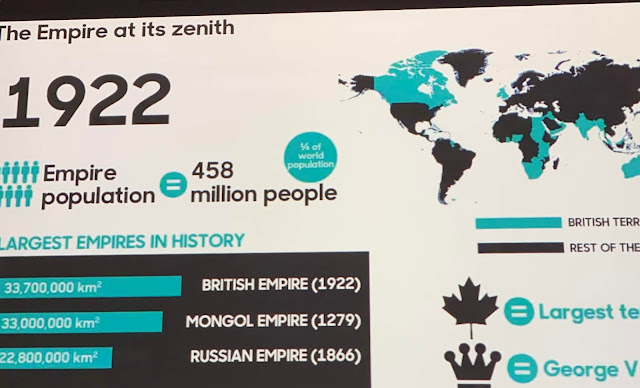 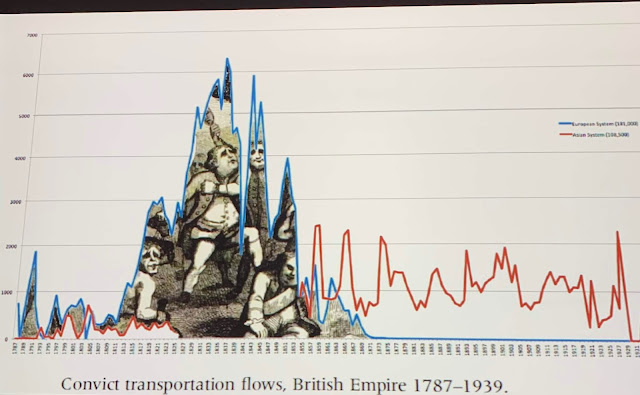