"Travelling - it leaves you speechless, then turns you into a story teller"   Ibn Battuta

Just rounding Hammond Island on the Northern Tip of Australia, as we enter the
Gulf of Carpentaria, heading toward Darwin.
Papua, New Guinea is just a few miles to the North.
Weather is warm and humid at latitude 11 S.

Good time for reading and I found some interesting scenarios about
'Messages in Bottle', which I will quote below.

Sending messages in bottles has been practised for centuries, with many intriguing related stories. The longest bottle voyage ever is thought to have been made by a bottle known as the Flying Dutchman. It was launched by a German scientific expedition in 1929, in the southern Indian ocean. Inside was a message, which could be read without breaking the bottle,  asking the finder to report where it was found and to throw it back into the sea. It apparently caught an East going current which carried it to the southern tip of South America. There it was found, reported, and thrown back again several times over the ensuing years. Eventually, it moved out into the Atlantic, then again into the Indian Ocean,  passing roughly the spot where it had been dropped and was cast ashore on the West coast of Australia in 1935. It had covered 16,000 miles in 2447 days at an average of more than six nautical miles per day.

It is impossible to predict the direction a bottle will take. Of two bottles dropped together off the Brazilian coast, one drifted east for 130 days and was found on the beach in Africa while the other floated north west for 190 days reaching Nicaragua.

In 1953 a bottle was found in Tasmania, 37 years after it had been dropped overboard while to Australian soldiers were on their way to France in a troop ship. The mother of one of the soldiers recognized the hand writing of her son who had been killed in action in 1918. The soldier was killed two years after sending the bottle which wasn’t discovered for another 35 years.

A Message found in a bottle on the beach in Maine in 1944 read:“Our ship is sinking. SOS didn’t do any good for us. We think it’s the end. Maybe this message will get to the US someday.”
The message was later identified as coming from the USS Beaty, a destroyer torpedoed with heavy loss of life somewhere off of Gibraltar on November 6, 1943.  Sad story!

A new lecturer, Adam Tanner,  has joined our cruise and will be on board long enough to give 44 presentations.  Adam is an Associate, Institute for Quantitative Social Science and has been affiliated with Harvard since 2011.  Excellent lecture and presentation style!

Today's subject was on the development of international trade, or globalization, which started about 2,500 BC.  As countries developed and became exposed to products in other areas, trade flourished and enhanced wealth.  China and India were the wealthy nations 1000 years ago, and the Europeans managed to shift the balance toward the West through ingenious trading maneuvers.  Spices were the main motivator for trade and the source of much European wealth.  Vasco de Gama opened up the spice trading route via the Cape of Good Hope to India and the middle East.  He effectively cut out the expensive Arabian middle men by transporting cargo directly to European markets.  Much of the payment for the spices was made with silver mined from South America. Vasco de Gama died from malaria during his third voyage.

Routes and timing depicted in the slides below.  Makes you wonder why we are forgetting history and withdrawing into isolationism in the 21 century? 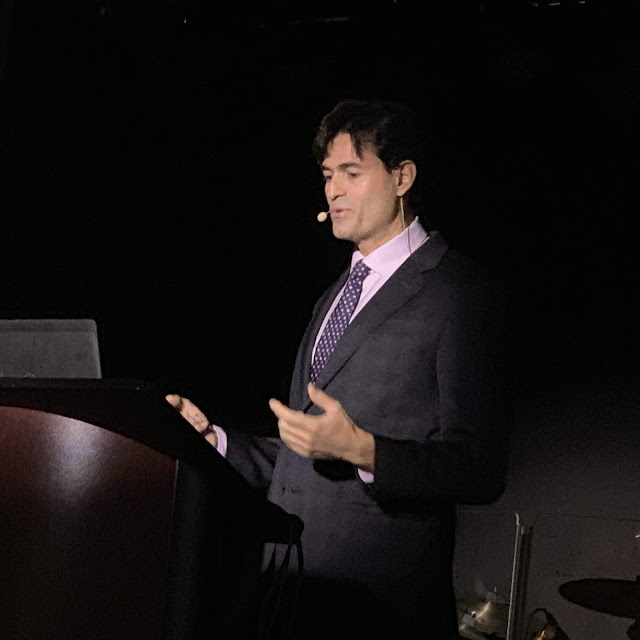 Graphic depiction of Trading routes over the centuries.﻿ 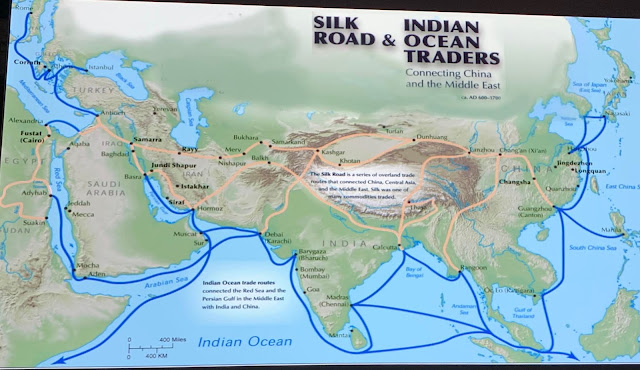 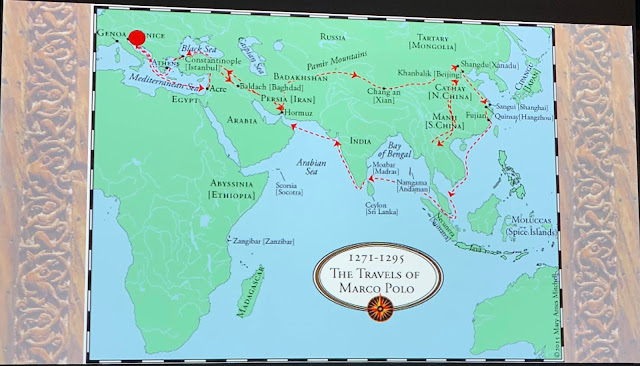 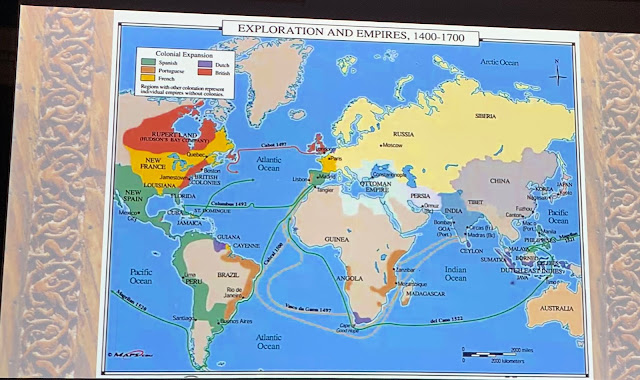