February 8 and 9,  Sea Day, Churchill, on the way to Nuku Hiva, French Polynesia,


Professor Roger Cartwright gave an interesting lecture on Custer which covered dozens of little known facts. Apparently Custer played a significant role in the battle of Gettysburg wherein he may have saved the Union Army. Clarification to come when Professor Roger gives his Gettysburg lecture.  Howard completed gym duties as well as an hour of Yoga, while Merrilynne walked.

Roger gave lecture on Winston Spencer Churchill today.  We can give Churchill credit for German not being the universal language of the world today!

Born into an aristocratic family to an American mother and British father, he embarked on a illustrious life which encompassed both military and political careers. He did fail military entrance exams three times, crossed the floor twice to change parties as a MP, lost the election as Prime Minister in 1947 but won it back in 1951.  He designed the first tank, which was really a device to cross small valleys, but he covered the prototype with canvas and labelled it a tank to fool the Germans. The name stuck and mobile cannons are now called tanks. Churchill was the first person to raise the alarm about fascism as Germany re-armed in the 1930s.

British Royalty refused to evacuate to Canada, as recommended by Parliament!

Great leader with intriguing, inspirational saying, such as:

- Success is the ability to go from failure to failure without losing your enthusiasm.
- After the Battle of Britain - Never in the field of conflict was so much owed by so many to so few!
- If you are going through hell, keep going.
-  if you have enemies, good, you stood up for something in your life. 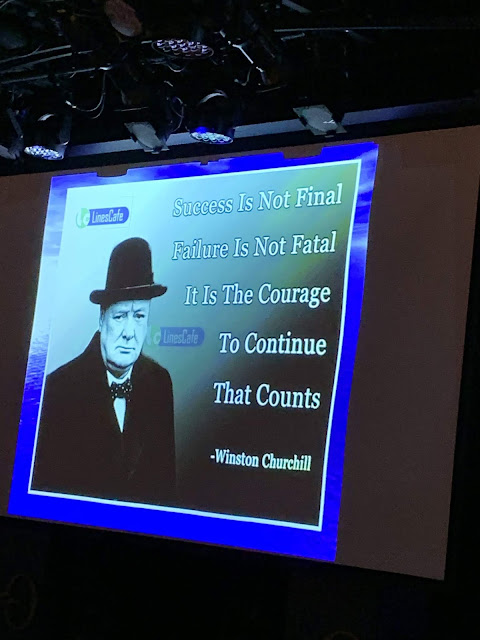