The United States first developed a relationship with Samoan chiefs in 1839, followed by a signed treaty in 1872.  US involvement continued to develop with a naval station being established in 1878; then a treaty was signed in 1899, which allocated the western archipelago to USA and the Eastern island group, west of the 171 longitude line, to Germany.

August 29, 1914, an expeditionary force from New Zealand invaded German Samoa without resistance. Administration by New Zealand continued until 1962, when they became the Independent State of Samoa.  Made up of six islands, Savai'i and Upola the largest.

American Samoans did not participate in the November 8, 2016, general election because American Samoa is a territory and not a state and the people are residents, not citizens ot the USA

-  During WWll, a Japanese sub shelled the harbour once, with no further action to follow.
-  Native son Dwayne Johnson's family live here. (The Rock)
-  From 1961 to 1972, this facility served NASA, as astronauts transited through here
after a mission.
-  Lyndon Johnson visited in 1966, only President to visit here.
-  StarKist Tuna have a big plant here
-  Area was hit by a big tsunami in 2009, with 30 deaths.
-  Churches from many denominations dominate the entire area, by multiple dozens!

To see the complete blog,  https://www.wanderingbrowns.com


We caught a local tour from outside the cruise terminal gate for about 1/4 ship cost.  All buses are equipped with variable air conditioning, the faster you go, the cooler the wind feels! 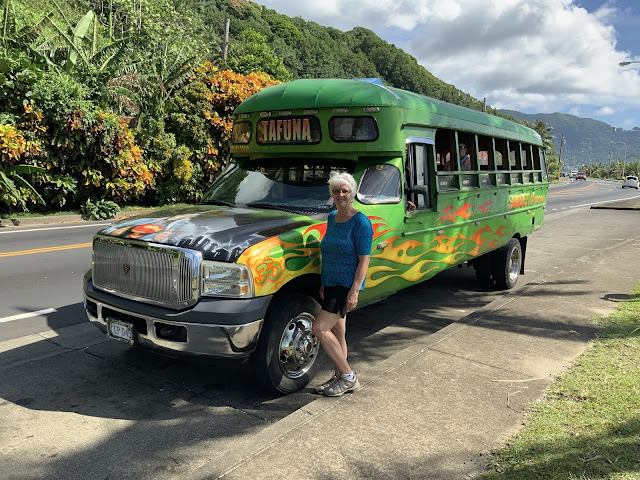 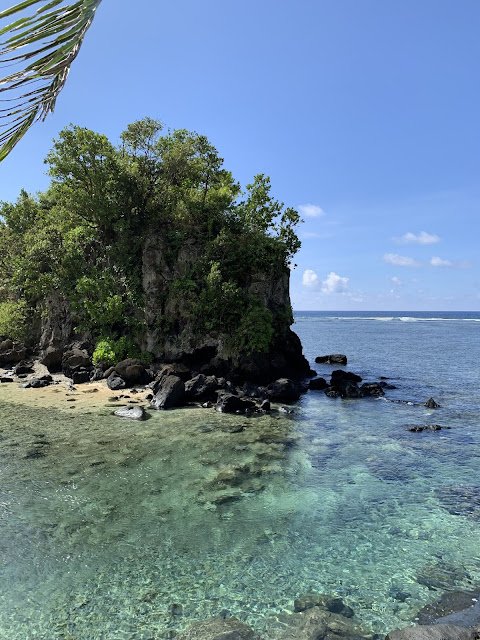 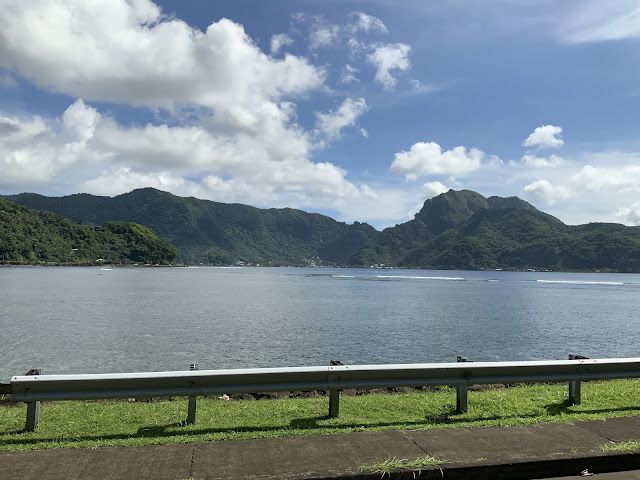 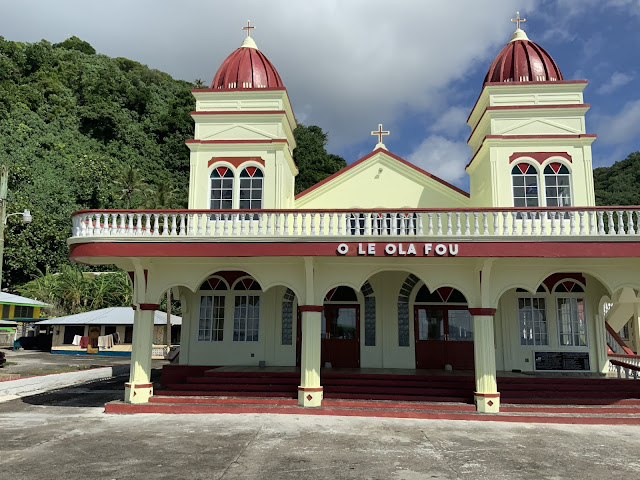 Residents bury their death in front of their homes, so selling real estate has its challenges!﻿
﻿ 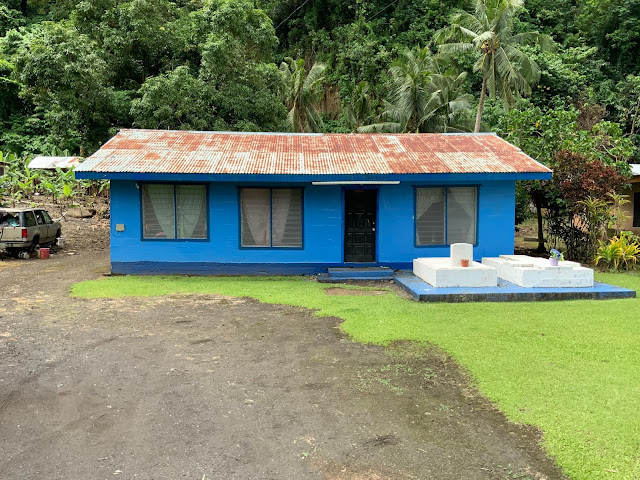 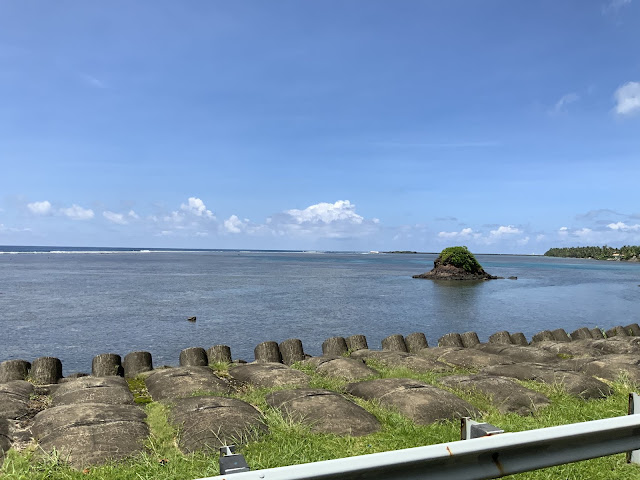 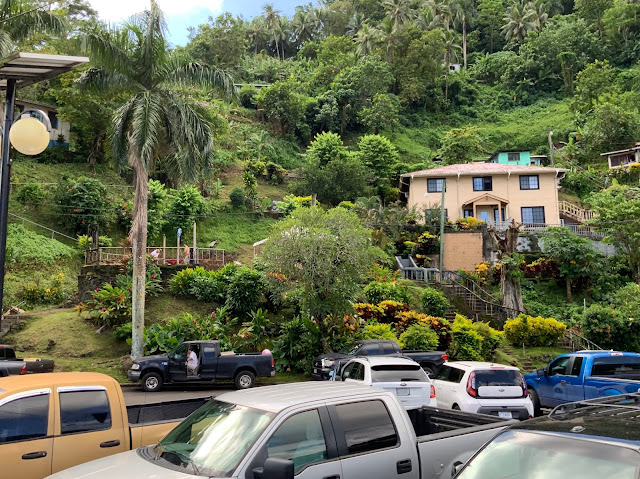 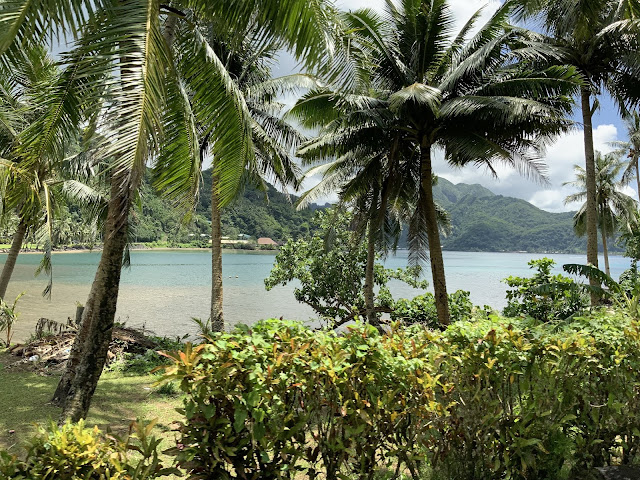 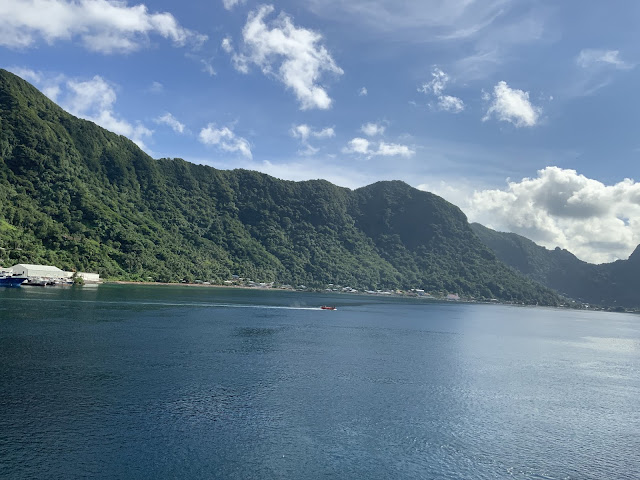 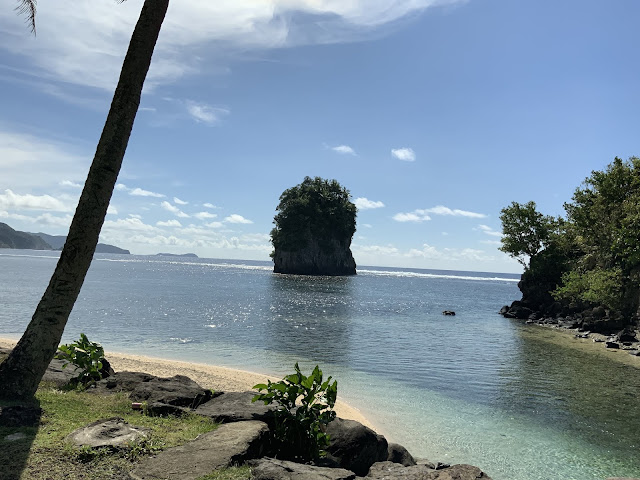 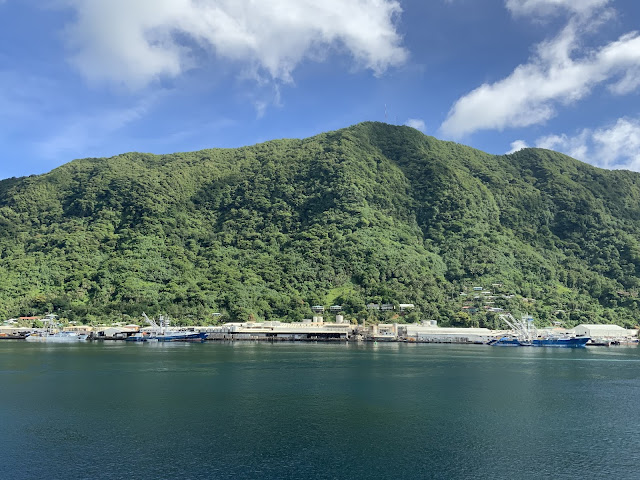 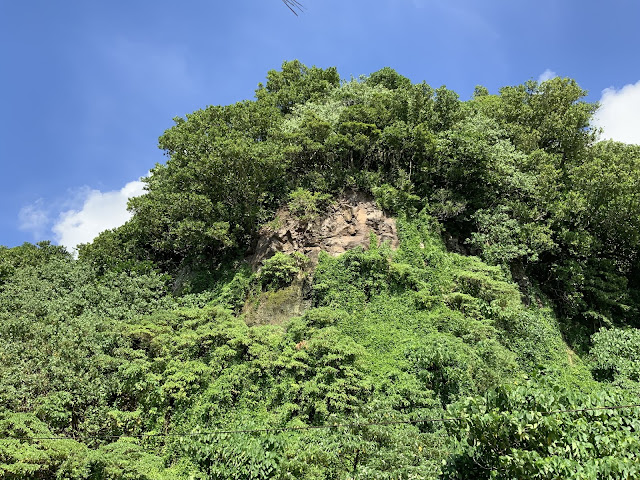 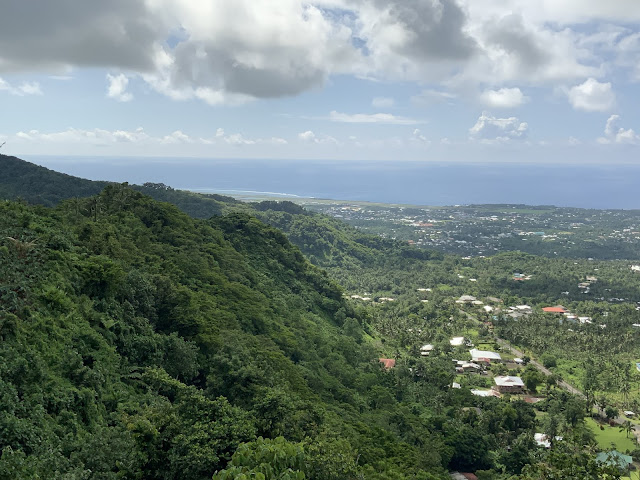 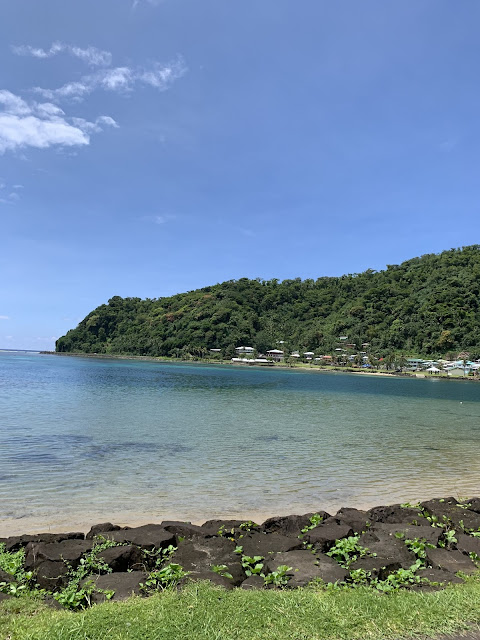 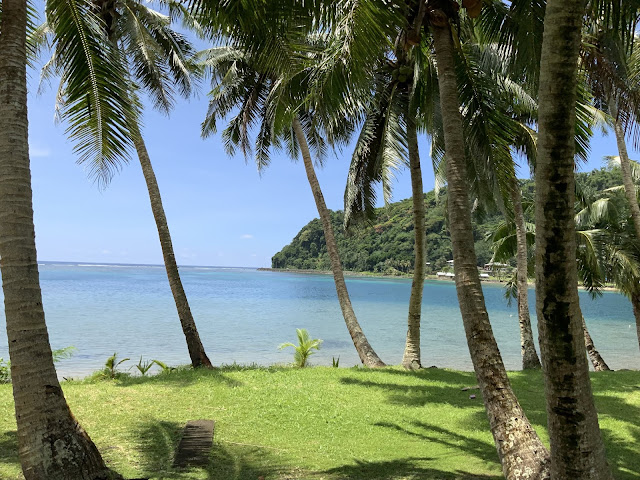 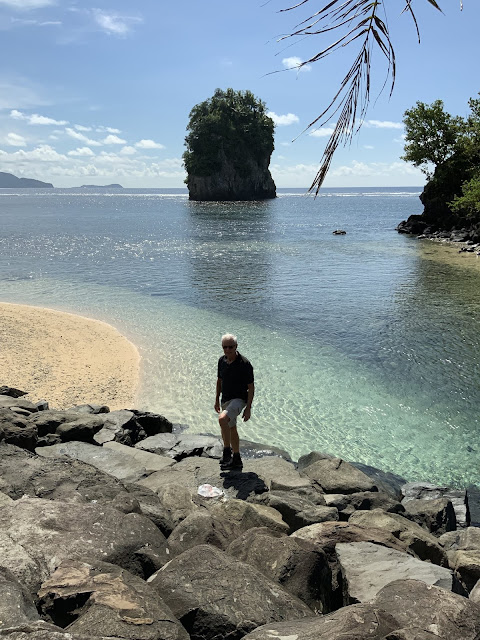 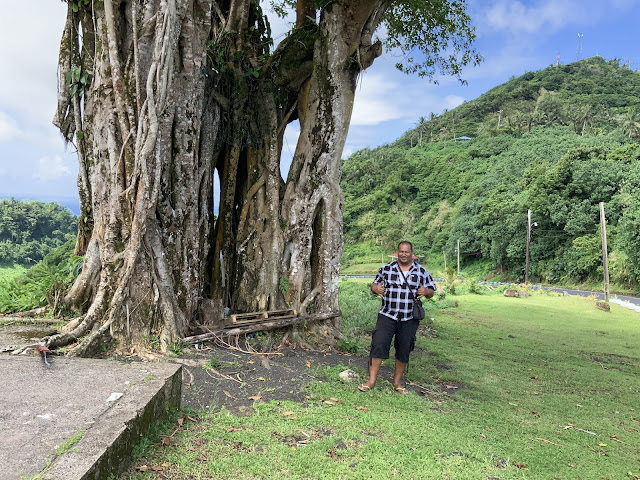 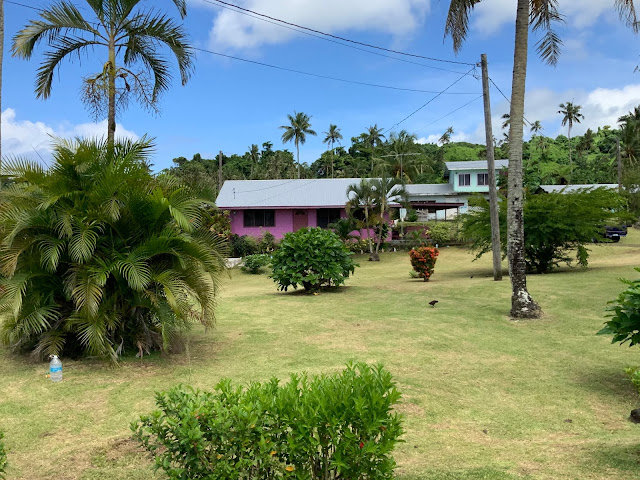 Check out the fruit bats hanging around, waiting for evening dining.
﻿ 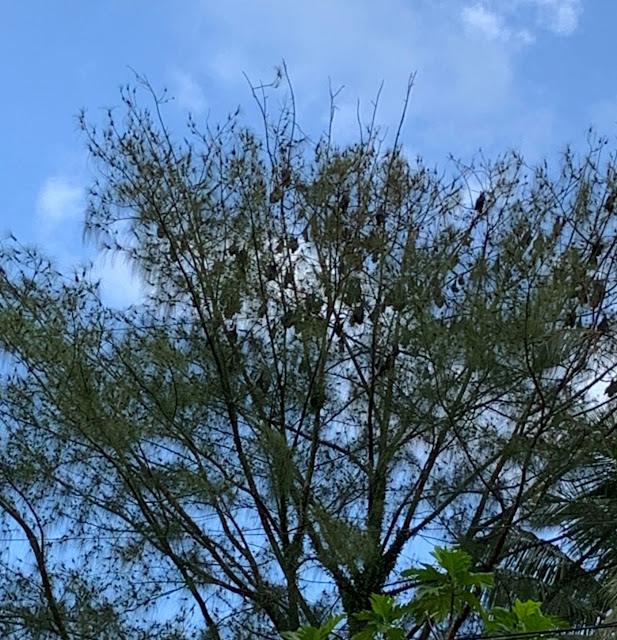 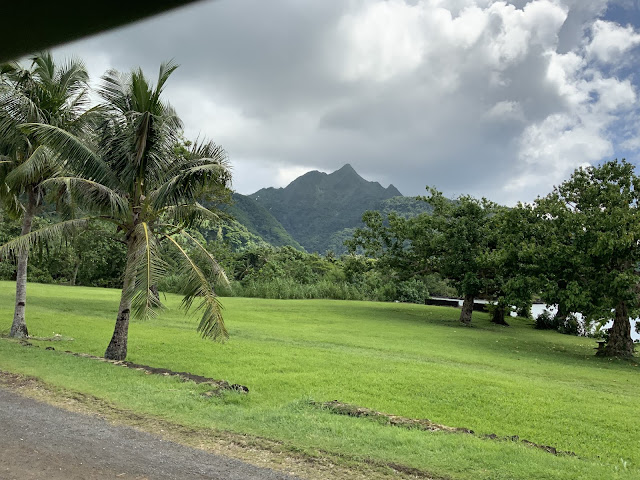 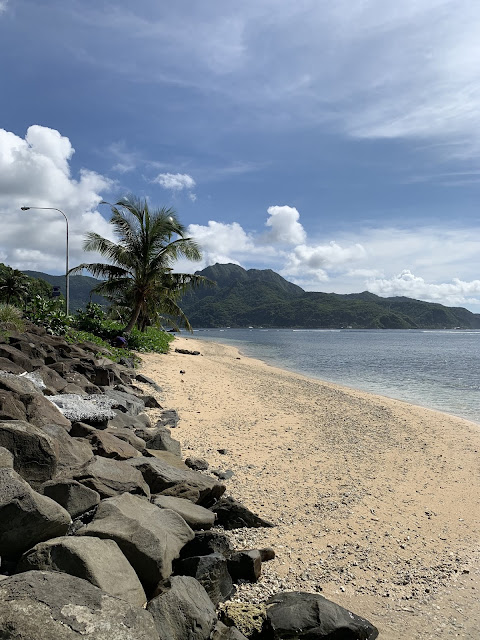 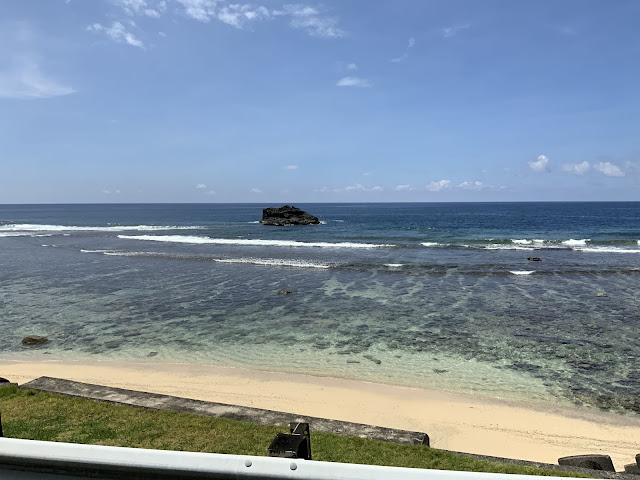 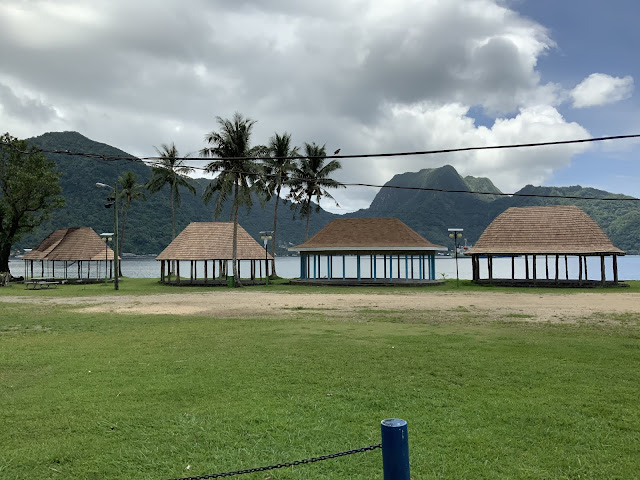 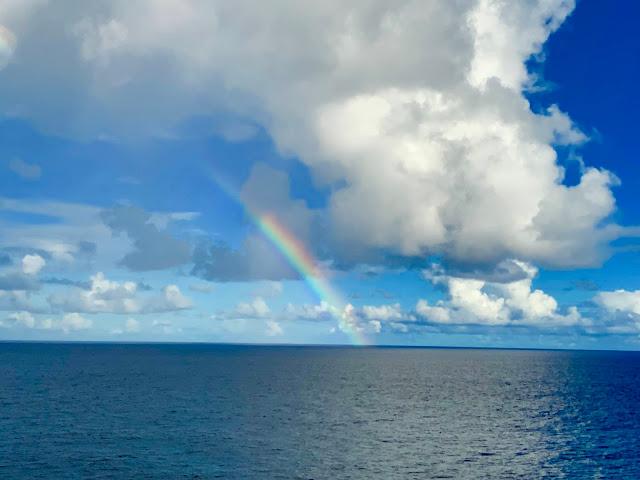