“Life is a journey, make the most of it.”

Kauai is an island of rain forests, lush valleys, rugged mountains, waterfalls and beautiful beaches it was the first island formed when lava began penetrating the Pacific plate 8 million years ago. The port name of Nawiliwili was derived from trees that once flourished here. Kauai’s Mountains receive up to 650” of rain each year, with the record one day rainfall being 49 inches.

This Island is home to numerous wild hogs, weighing up to 600 pounds, as well as ferral cats and ferrell chickens. The chickens were originally bred as fighting stock, but a hurricane resulted in large numbers escaping and they crossbred with wild foul. No snakes are present on any Hawaiian island.

Interestingly, all the sand on Hawaiian beaches is made from carbonate shells of marine organisms, as there is no quartz anywhere on these islands.  Much of the sand was generated by parrot fish which threw away on coral etc. and they excrete about 2 pounds per day.

Captain Cook was the first white Hawaiian tourist, landing in 1778. One year later, Captain Cook and many of his crew were killed by an angry mob, after a dispute arose on a neighbouring island.

Note the derelict oceonside structure which shows that Hawaiian dreams can fail!

This island is home to many movie actors and numerous movies have been filmed on this beautiful island, including Indiana Jones and the Raiders of the lost Ark. 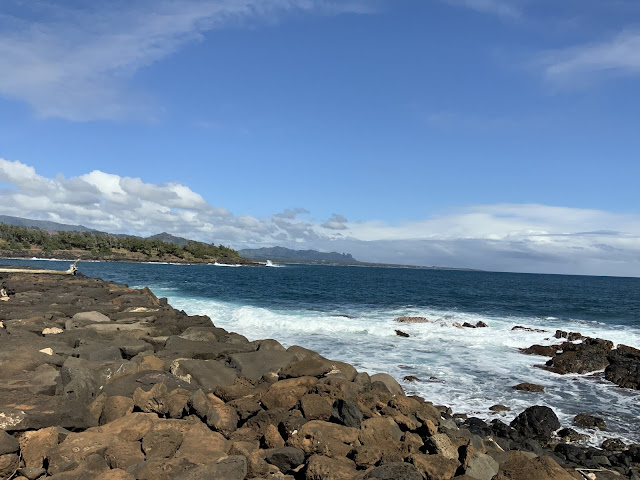 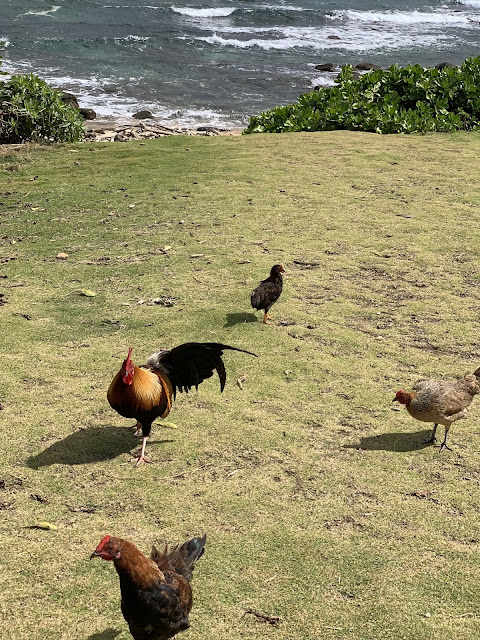 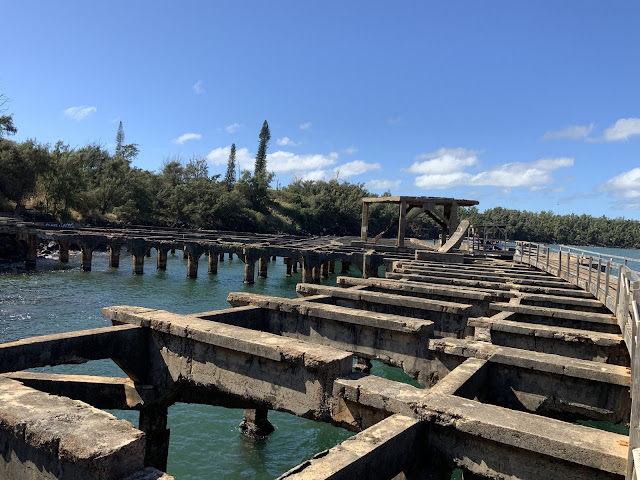 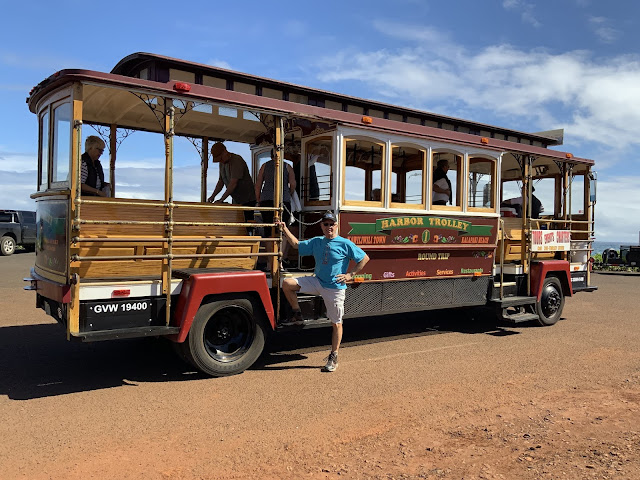 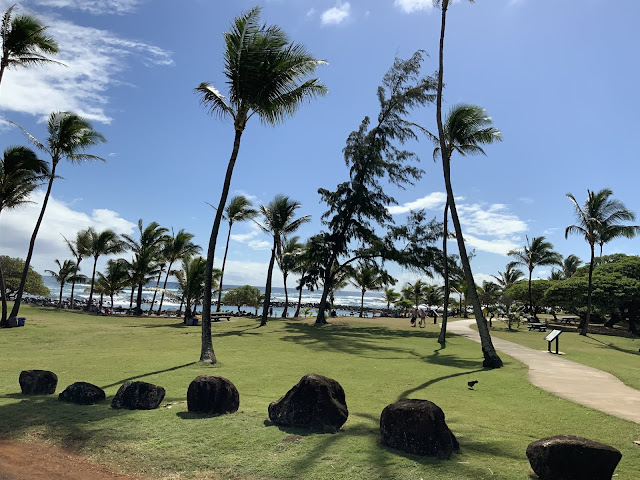 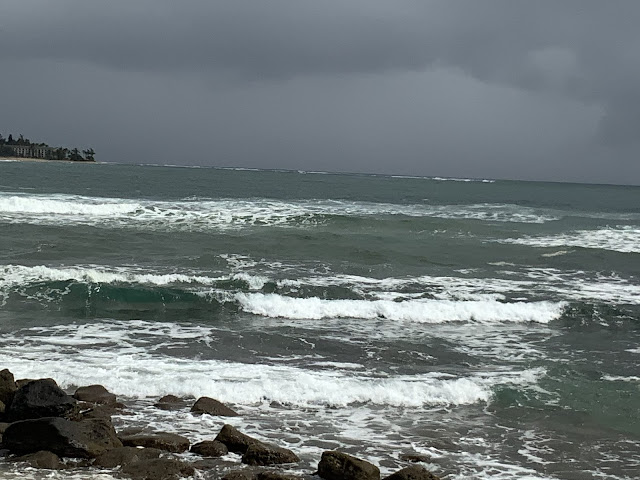 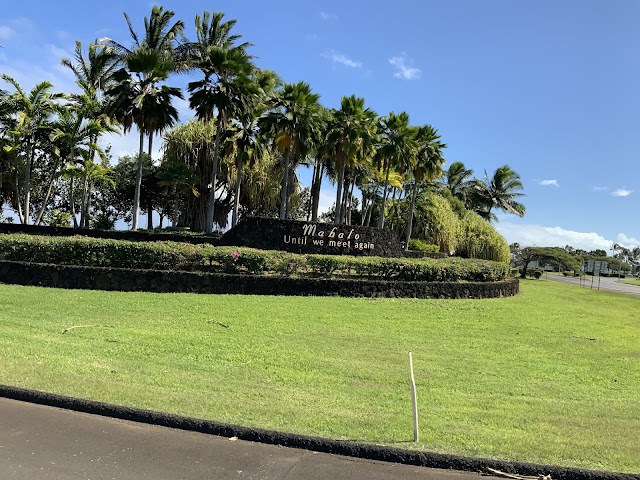 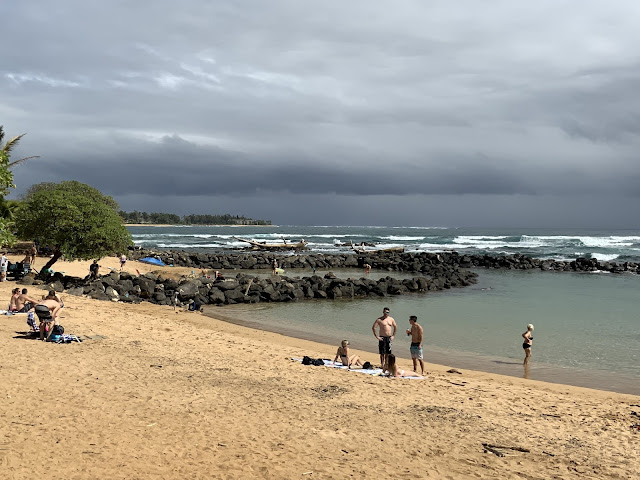 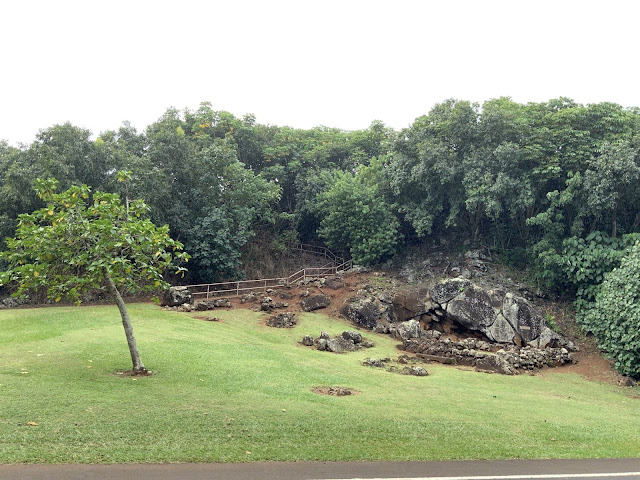 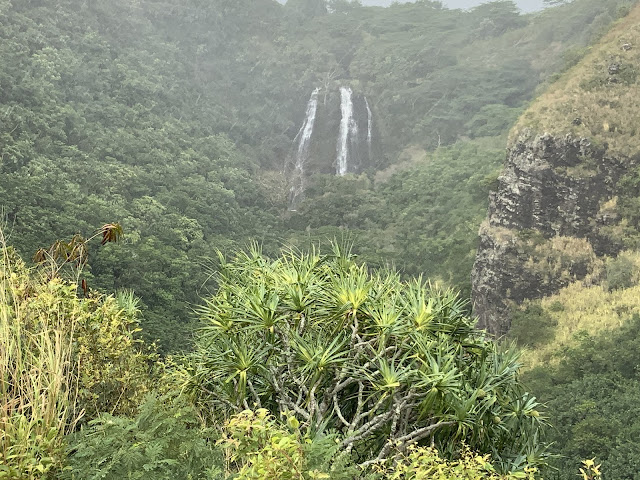