Largest of the Marquesas Islands, this place is one where no words can convey the beauty!
Robert Louie Stevenson visited here in 1888 on the Casco.  Population is mostly French - speaking Polynesian with some European educators.

I received a glowing reception when I greeted the locals in French, but had to make a hasty, sheepish verbal retreat when they broke into a rapid fire French response.  Thank goodness I still know - "Je ne pas parle Francaise bien" (With a toothy grin)

We had dinner with the lecturer Professor Roger Cartwright, his wife June and David and Liliane Cook. Roger is very witty and very supportive of the Commonwealth.....(Wink)

Our day was closed out by the beautiful solo pianist and singer, Heather Sullivan, in the Signia Theater.  She opened with Roberta Flack's "Killing Me Softly".....Chilling! 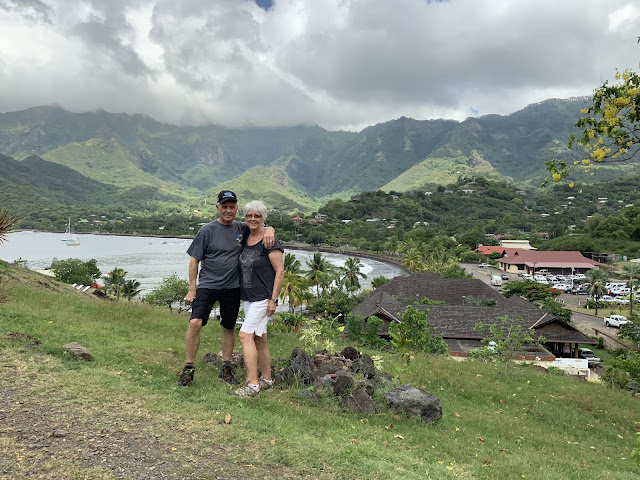 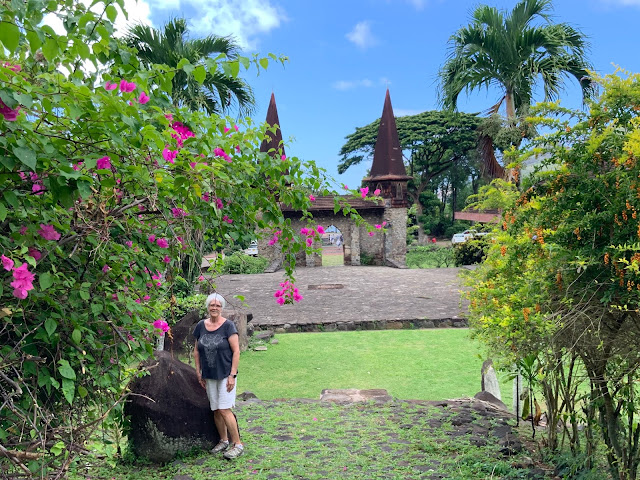 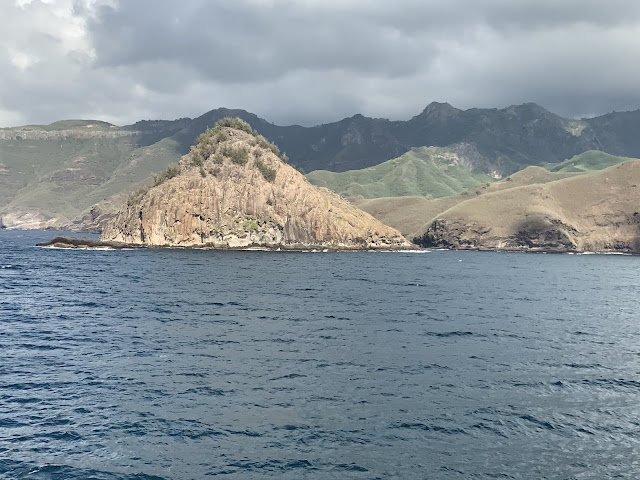 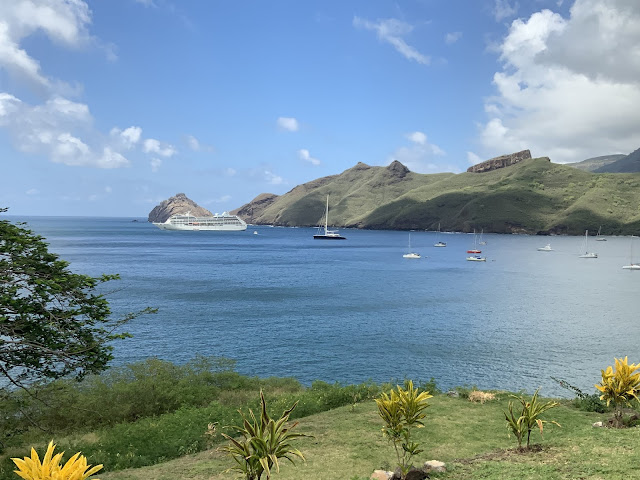 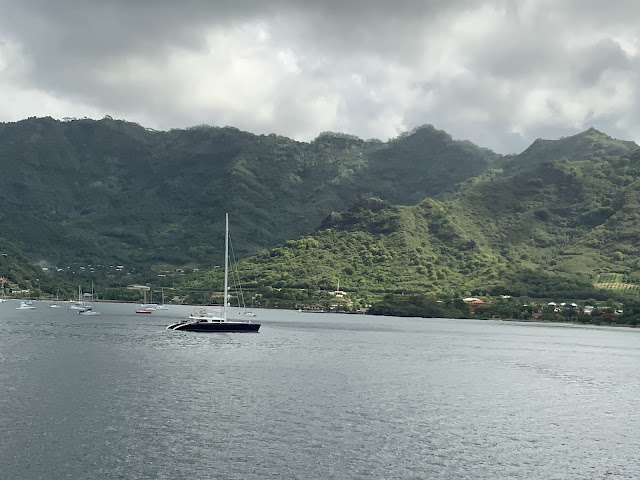 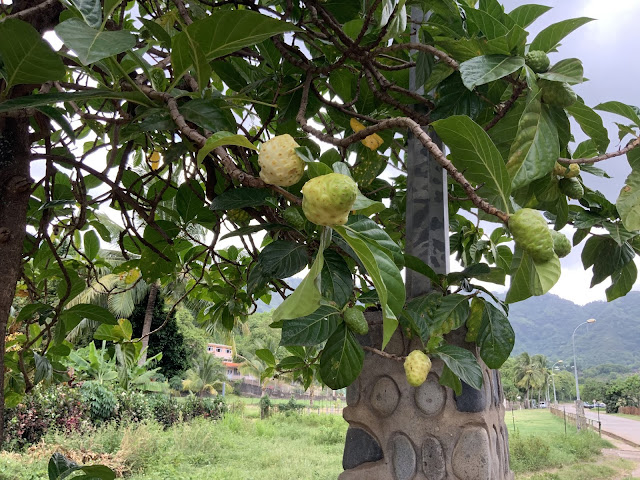 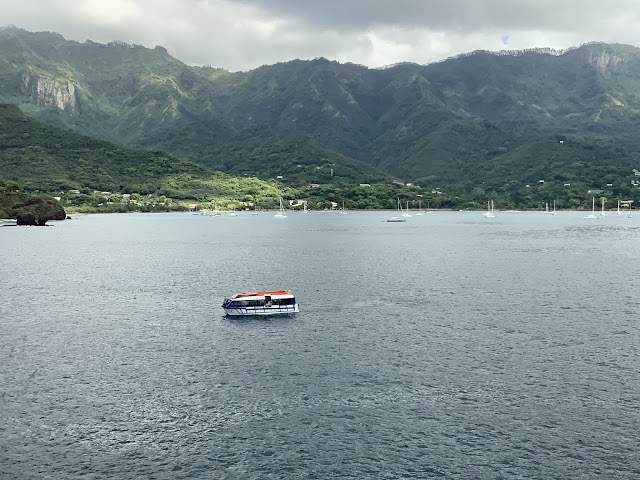 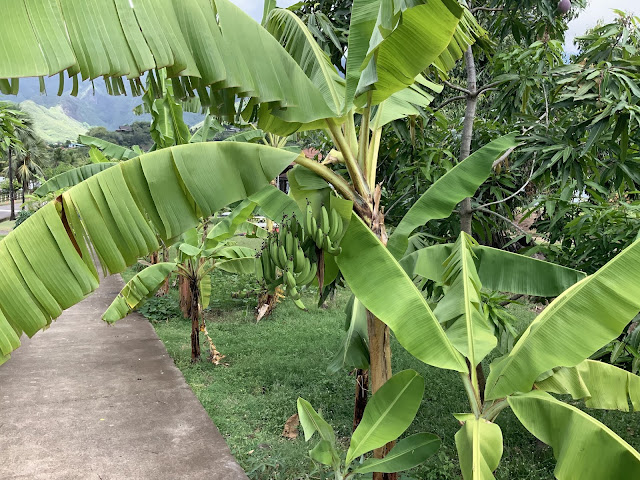 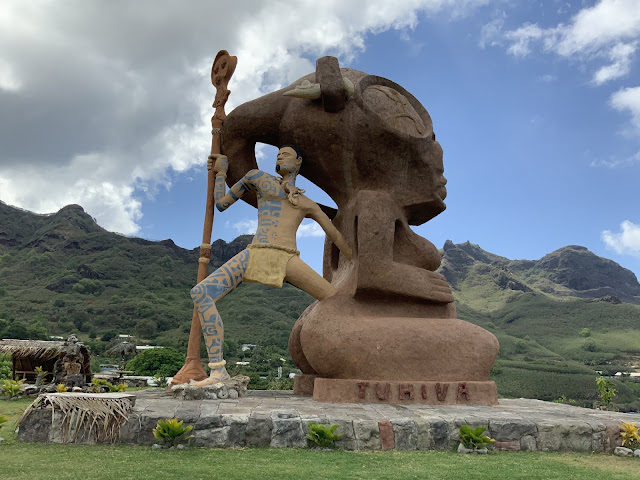 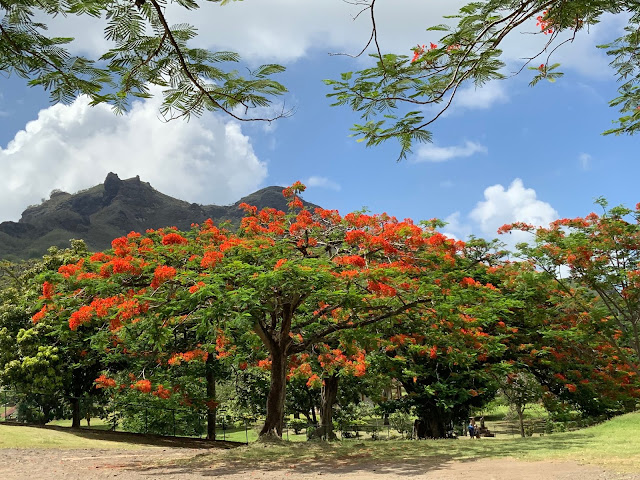 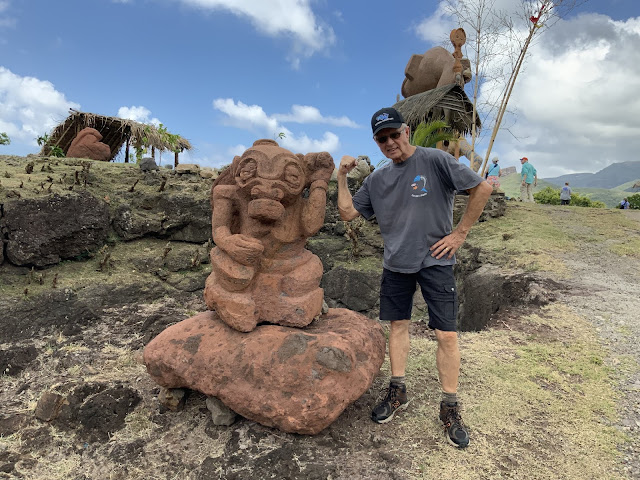 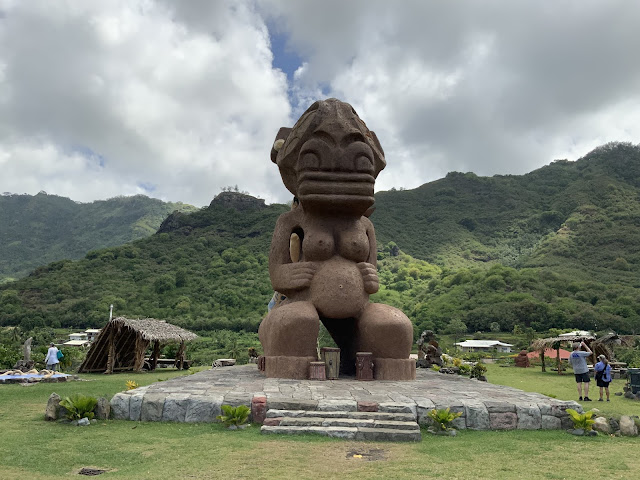 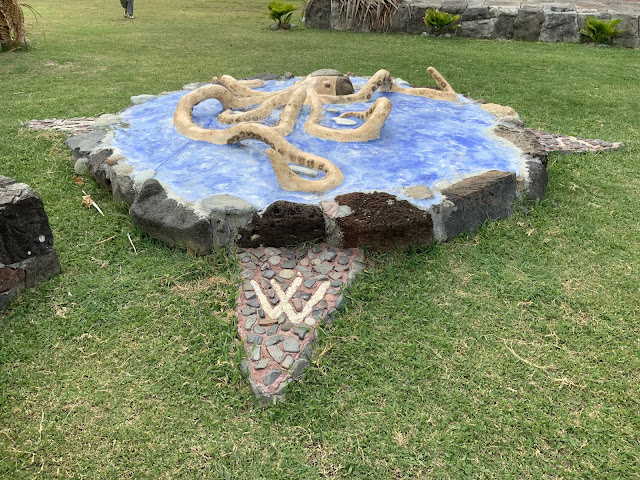 Bread fruit, which is a delicious staple of the islands. "Mutany on the Bounty" was a story about a ship assigned to carry this fruit from Tahiti to theWest Indies! 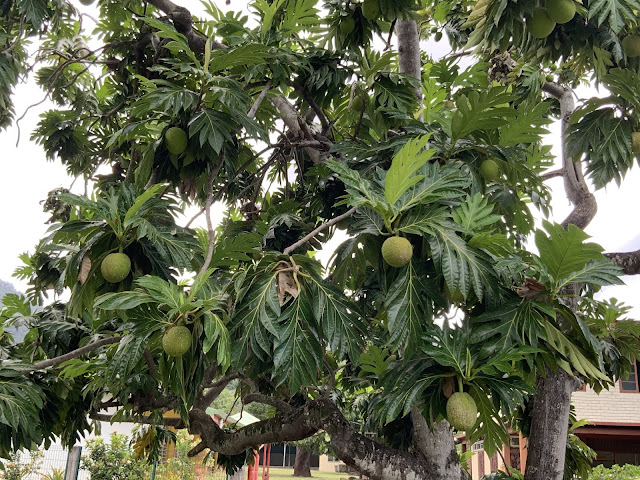 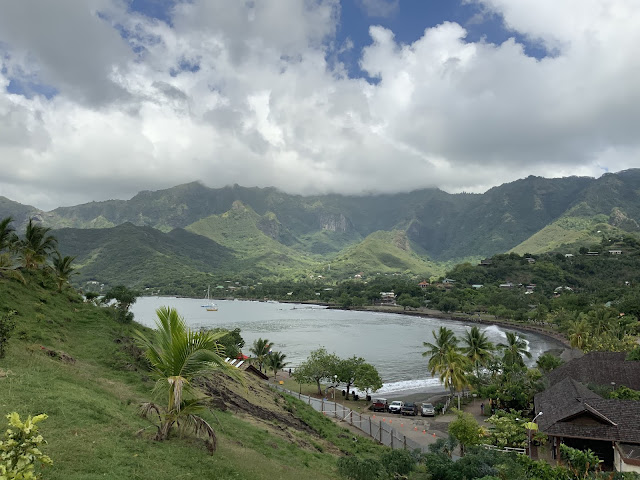 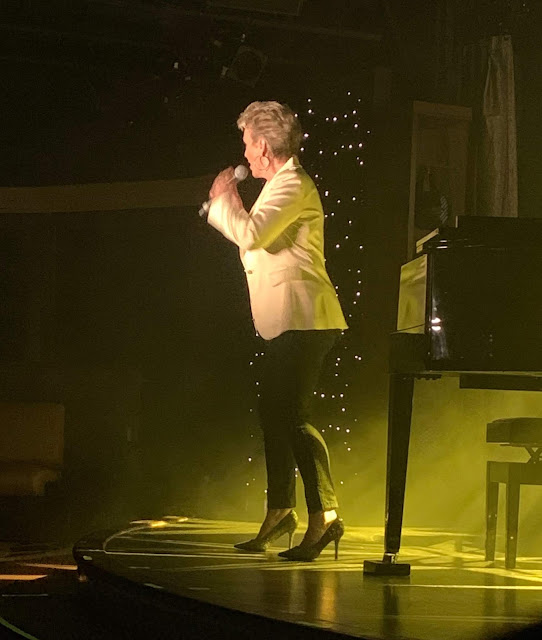 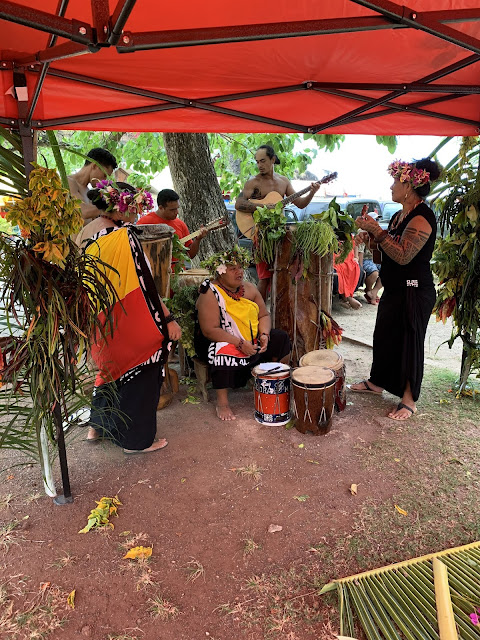 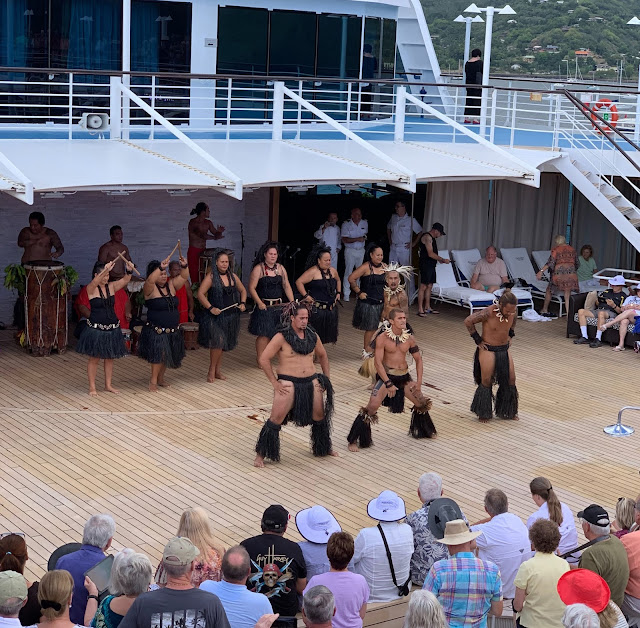